Robinhood was one such popular platform that only allowed its users to sell GameStop stock instead of both sell and buy. This led to widespread condemnation and accusations of market manipulation. Politicians and influential figures even came down on Robinhood, including New York Representative Alexandria Ocasio-Cortez who held a Twitch stream last night to discuss the implications of Robin Hood’s move to restrict GameStop’s price rally.

Robinhood addressed the controversy in a blog post last night, writing it was a “tough decision” to restrict sales of GameStop and several other “volatile” stocks.

The company said that they planned to allow “limited buys” of previously restricted securities as of Friday morning.

“To be clear, this was a risk-management decision, and was not made on the direction of the market makers we route to.”

The New York Times reported that Robinhood was forced to draw a half-billion line of credit in order to meet lending liquidity requirements, including another $1 billion in emergency funding. 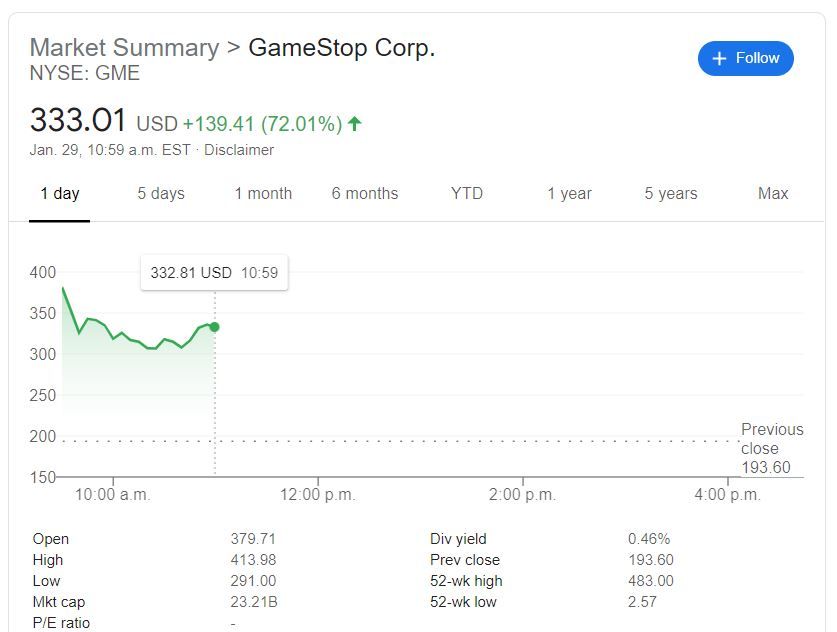 Meanwhile, the WallStreetBets subreddit is still on the warpath, with most posts telling followers to “buy and hold” GameStop stock. Many are saying that Wall Street hedge funds still have massive short positions on GameStop, making them liable to lose billions if prices remain high.

And for some, Reddits war on Wall Street is deeply personal. Many still remember the Great Recession of 2008, how risky lending of housing mortgages caused many to lose their livelihoods, and how none of the Wall Street funds responsible for the crisis saw any consequences. Many hope to see these hedge funds fail as long-overdue revenge.