Are you ready for more vaguely educational racing/tower defense fun? If not, you’ve come to the wrong place – the Rock of Ages franchise is back with a new game, and we’re here with the lowdown.

The gaming industry is all about nostalgia just now, isn’t it? Remakes, HD re-releases, ports and such are everywhere. Why? Because they’re such money spinners, that’s why. For instance, we don’t know if you’ve heard, but a remake of Final Fantasy VII is launching on April 10 and one or two gamers are just a little on the hyped side about it.

Snark aside, it’s becoming harder and harder for fresh new IPs to really find a foothold. A lot of gamers today are more interested in getting either a remake of a beloved childhood title or a sequel a fondly remembered series. Come on, Crash Bandicoot, get off your furry yellow behind and bring us a follow-up. A real one. 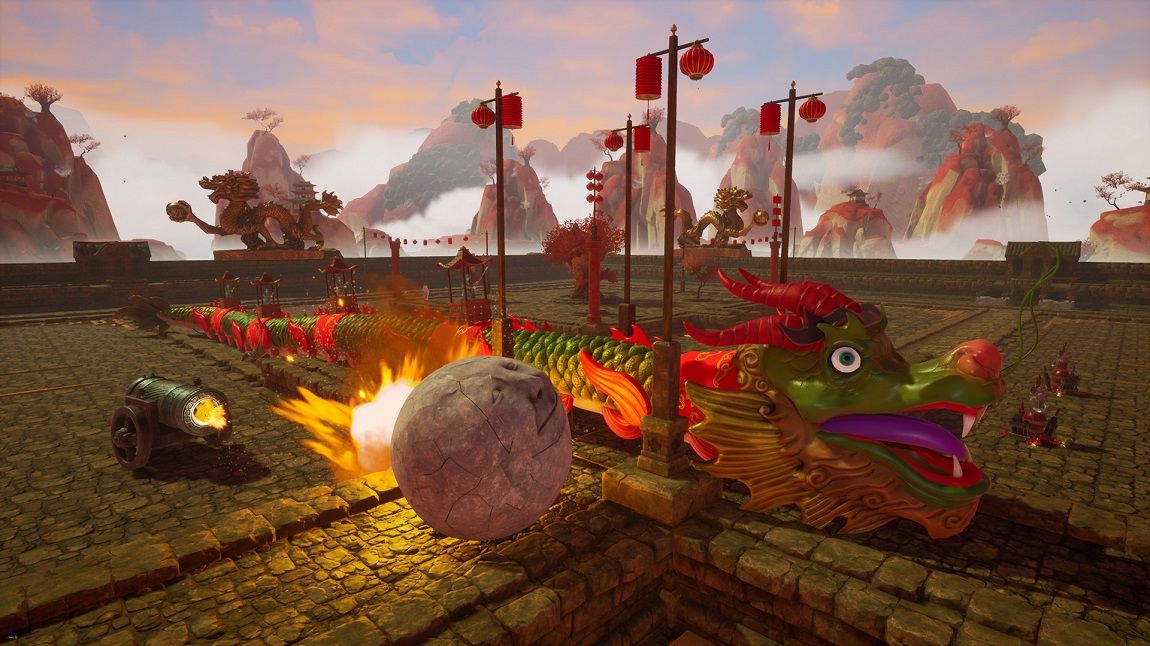 The mythical Bloodborne 2 would be one thing, but do you know which new series entry fans really want? That’s right, it’s a new Rock of Ages game. Apparently. That must’ve been the train of thought, anyway, because Rock of Ages III: Make & Break is on its way later this year.

Before we get into that, you might need a Rock of Ages refresher. This odd series is a mix of tower defense and racing, with a historical, classical theme. The original launched in 2011 and explored settings like Ancient Greece and the Renaissance, with various modes all revolving around directing a huge boulder around a stage (think Super Monkey Ball). The winner is the player who gets their boulder into the opponent’s castle.

An interesting and quite well-received proposition, all in all, boasting unique mechanics that were built upon in 2017’s Rock of Ages II: Bigger & Boulder. Now, as Destructoid reports, a third entry is on the way, offering more new wrinkles like a course editor.

To learn more about this quirky series and Rock of Ages III: Make & Break, which is coming to all kinds of systems near you (yep, that means Stadia too) on June 2, check out the release date reveal video below.