Mike Delaet, CEO of Rogue Games, said in an interview that his company will be launching a number of new mobile games in 2020. Knockdown Heroes is leading the way.

Players collect and choose from nine medieval heroes, each with their own skills and fighting styles, then compete against friends or other players in real-time, one-on-one, player-versus-player arena battles to climb the league leaderboard and lead your clan to victory. The victorious collect trophies, skills, buffs, and spells from battles and chests, unlocking upgrades and new abilities that can be used to customize their heroes and compete in league play. 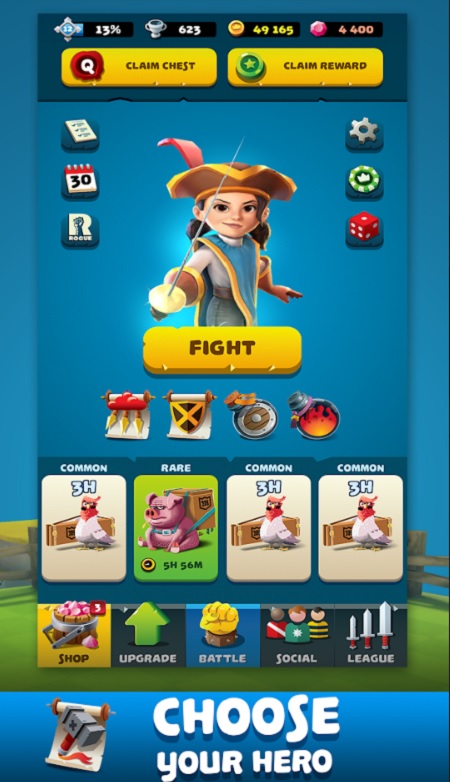 Above: Knockdown Heroes was inspired by explaining gladiators to a young boy.

Craneballs previously made the hardcore shooter Overkill series. But this game is lighthearted, with a focus on intuitive controls, a fun cast of characters, and a rich strategic experience where discovering the right combination of each is key to winning, Rogue Games said.

Jan “Cefo” Cefelin, cofounder of Craneballs, said in a statement that the inspiration for the game came while telling the team about a conversation with his young son about ancient gladiators. Things quickly strayed from historical fact to creating fictional gladiator personae.