Even though Rogue Legacy 2 has you explore a randomly generated castle, there are a set number of bosses you have to beat to unlock the final boss. These enemies, called either Estuaries or Void Beasts, are servants and protectors of the castle's mysterious king, so they're tough and seasoned fighters.

Defeated bosses stay dead for the rest of the game, but defeating them in the first place can be a daunting task. Fortunately, since there are a wide range of play styles available in Rogue Legacy 2 in the form of character classes, there are a ton of powerful strategies you can use against these bosses. Here's every boss and how to defeat them. 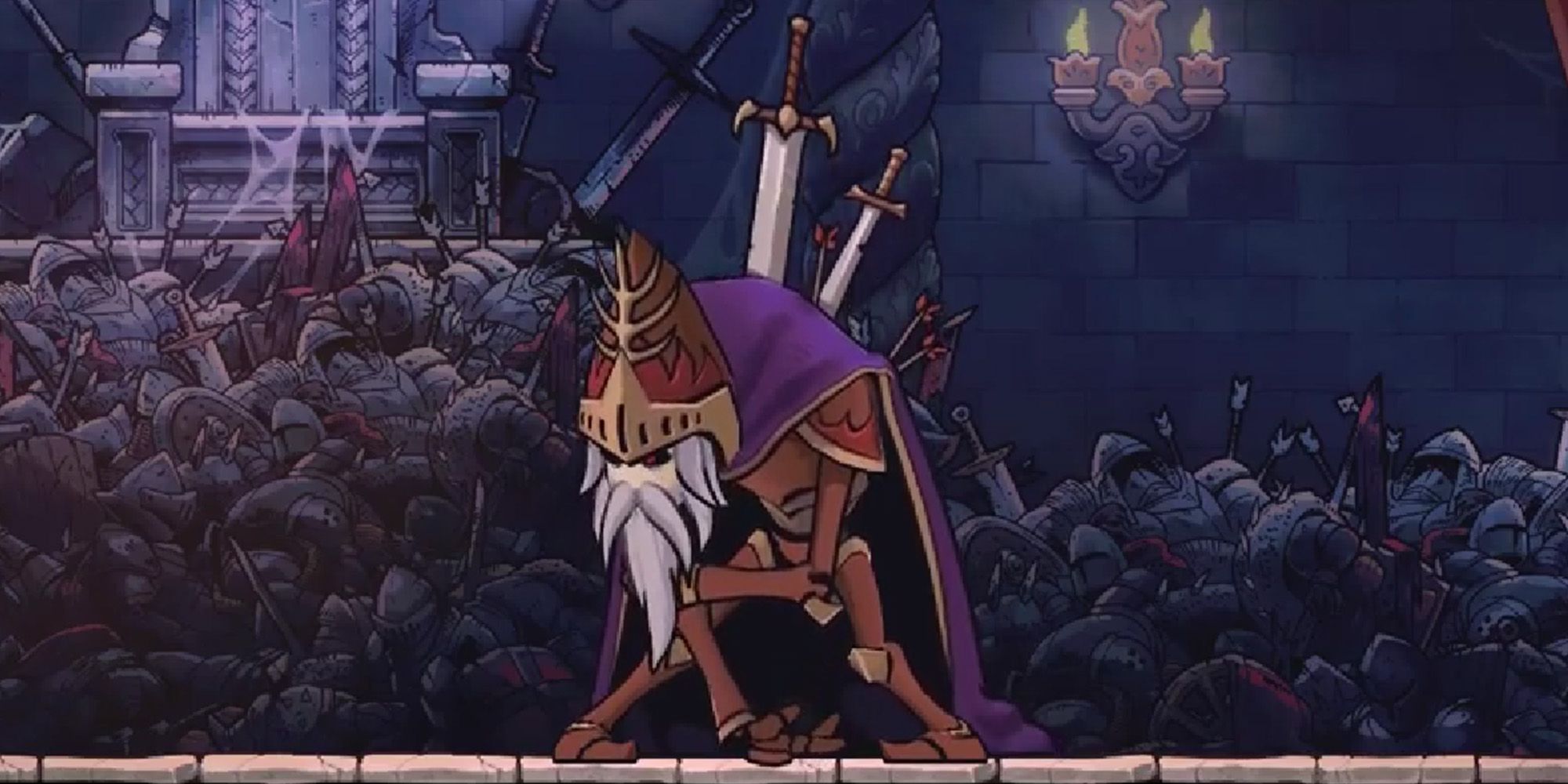 The game's first boss, Estuary Lamech, found in Citadel Agartha, was the first spellsword of the Rogue Legacy 2 universe. This means he'll use a combination of ranged and melee attacks during his boss battle, so you have to choose a class that can deal with both. The Valkyrie is preferable since two of Estuary Lamech's projectile attacks – the fireballs and the daggers – can be blocked with the Valkyrie's class skill. You'll also be able to use their lengthy spear to keep your distance.

Make good use of your recently acquired aerial dash to avoid Estuary Lamech's sword swipe and his spear lunge. To avoid his beam attack, you can either jump over him with the help of the lanterns and your aerial dash, or you can stand in the blind spot directly in front of him. Because the beam has a long animation, standing in the blind spot will let you deal lots of extra damage. 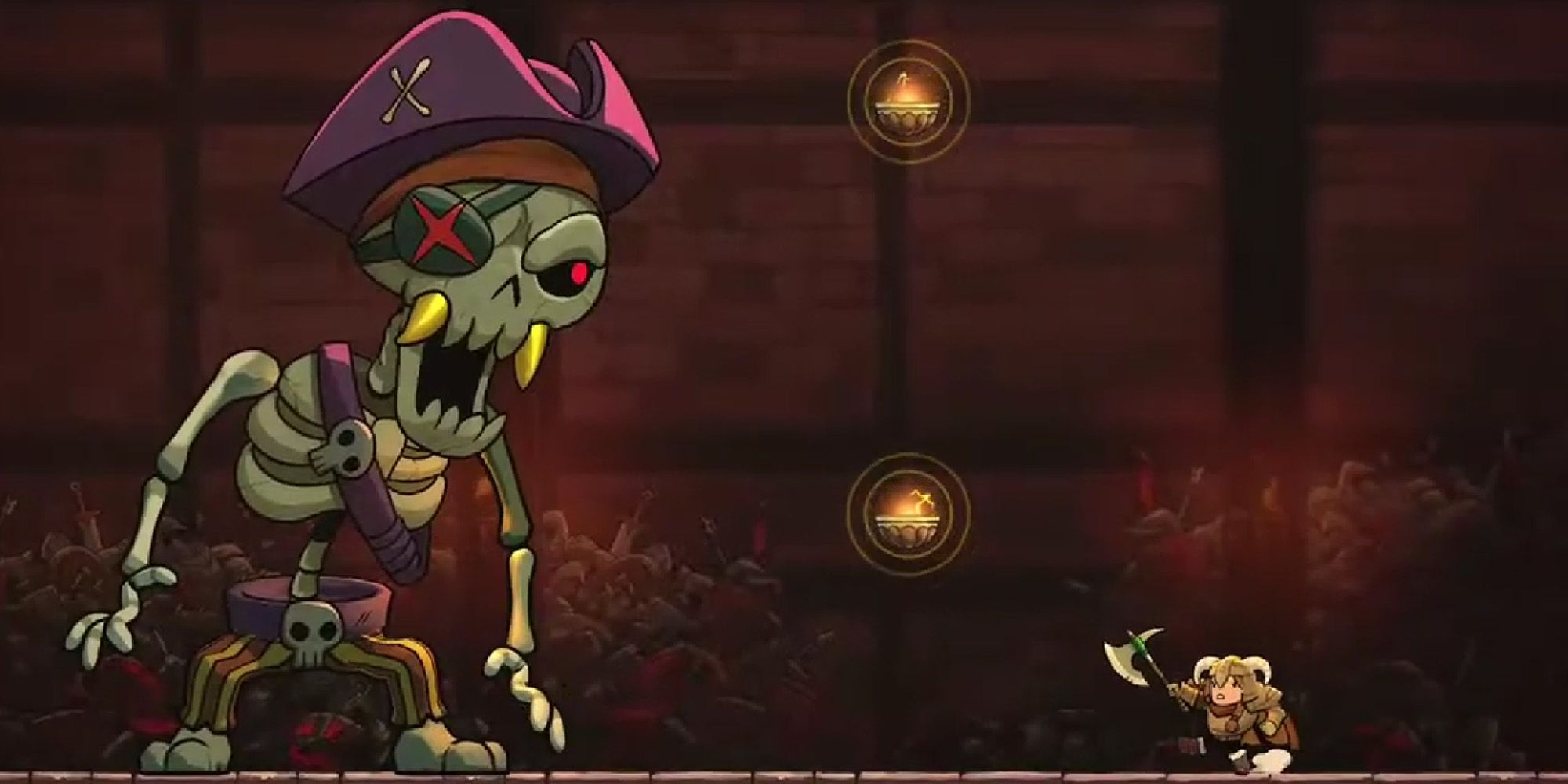 Void Beasts Byarrrith and Halpharrr are a pair of skeleton pirates found at the end of Axis Mundi. Although they use more projectiles than Estuary Lamech, their projectiles are much faster, so classes like the Valkyrie of Chef are trickier to use. The ability to keep your distance with the Ranger or Gunslinger, or the ability to deal high damage to multiple enemies with the Dragon Lancer or the Mage, will be much more valuable against these Void Beasts.

Don't hesitate to spin kick off the skeletons or any surrounding echo platforms to gain some height. This will be especially helpful if they ever push you up against a wall, since their rotating bone attacks reach quite high. They may jump at you if you're constantly in the air, however, so don't make a habit of staying above them. 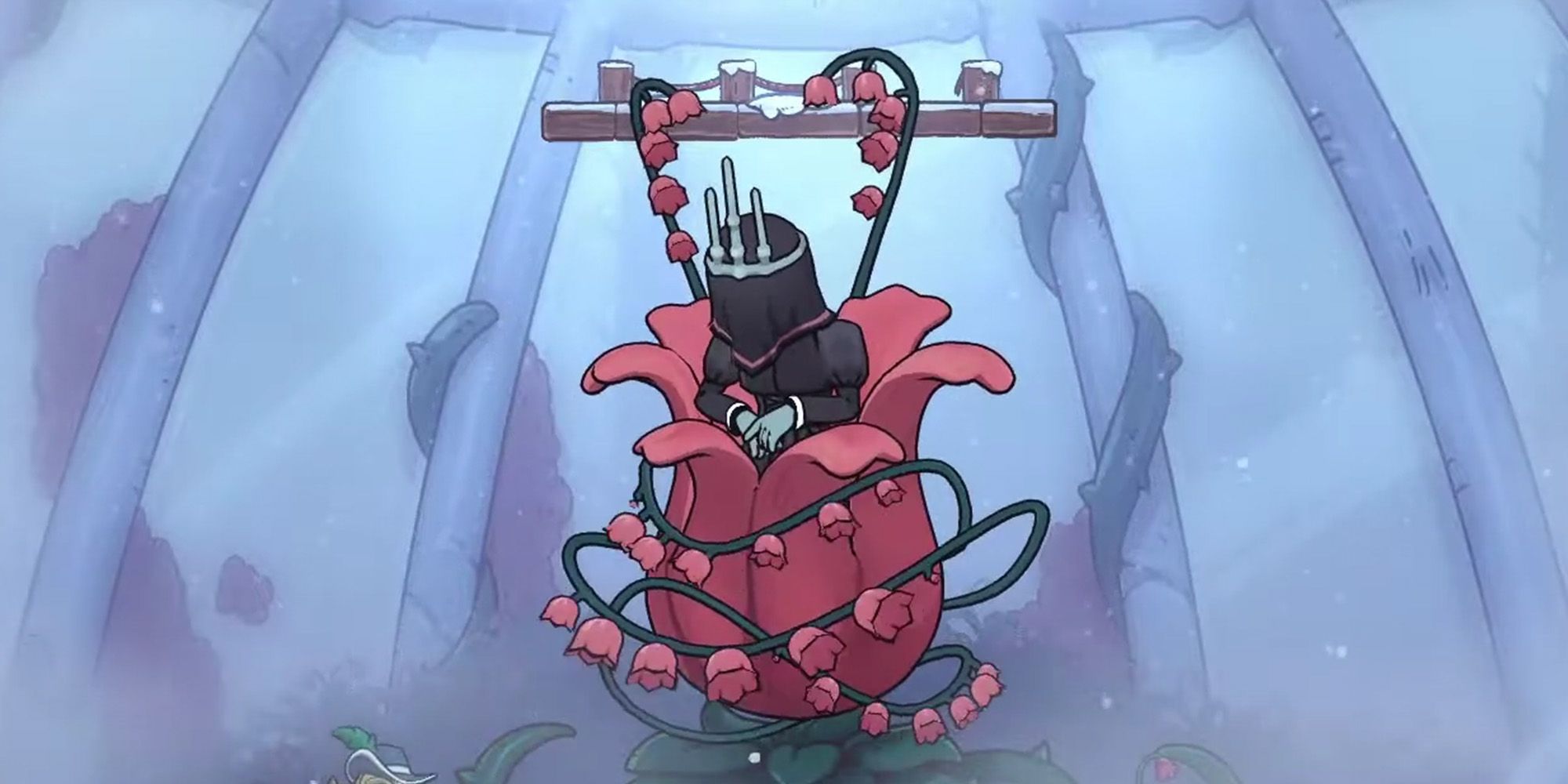 Patience is key against the Kerguelen Plateau guardian, Estuary Naamah. This flower-obsessed boss will attack you with walls of fireballs and Lily of the Valley blossoms, the latter of which you can destroy with a spin kick. Don't try to attack her if there are a lot of projectiles, as you'll only end up hurting yourself in the process. Classes like the Assassin and Duelist will provide you with enough invulnerability to weave through her attacks if things get too dicey.

Estuary Naamah will also summon three Nightmares around the boss arena – two on the arena's outer platforms, and one on the upper middle platform. They'll deal lots of damage to you if you spin kick or attack while inside their radius, so you'll have a much easier time fighting her if you disable them periodically. 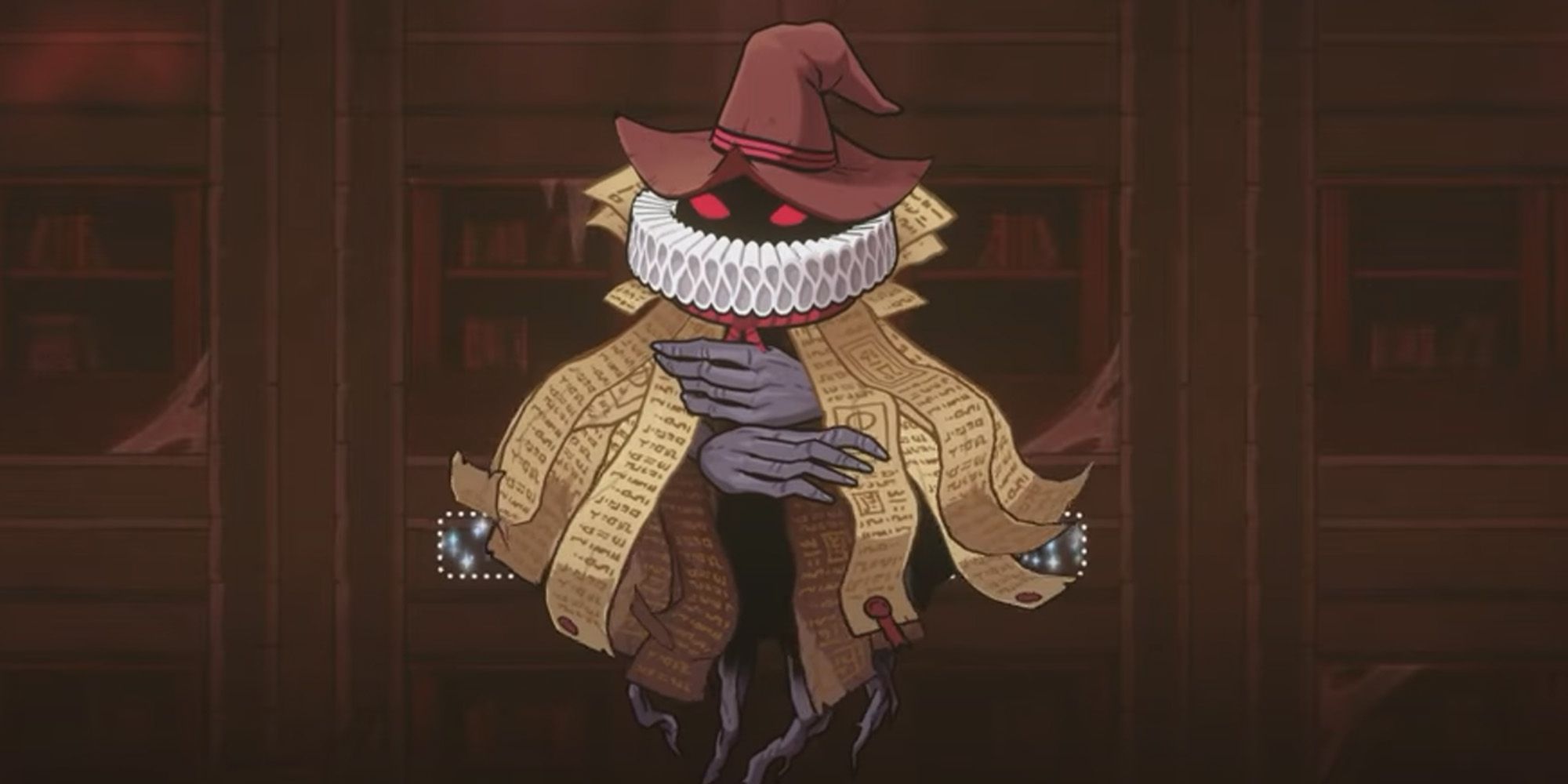 Estuary Enoch, the castle's academic and resident of the Stygian Study, is one of the game's most unpredictable bosses. He'll sometimes summon a large beam from the sky that vertically cuts through the arena. Since you can't pass through this beam without taking damage, and since it lasts for a long time, try to stay on the side of the beam that doesn't cut you off from the rest of the arena.

Make sure not to linger in the corners of the arena, since the sentient scrolls will hit you with an area-of-effect attack if you do. You can also avoid Estuary Enoch's Void attacks (which are deep purple) by Void dashing through them. Because you'll need both defense and mobility, the Duelist or the Assassin will work best against this boss. 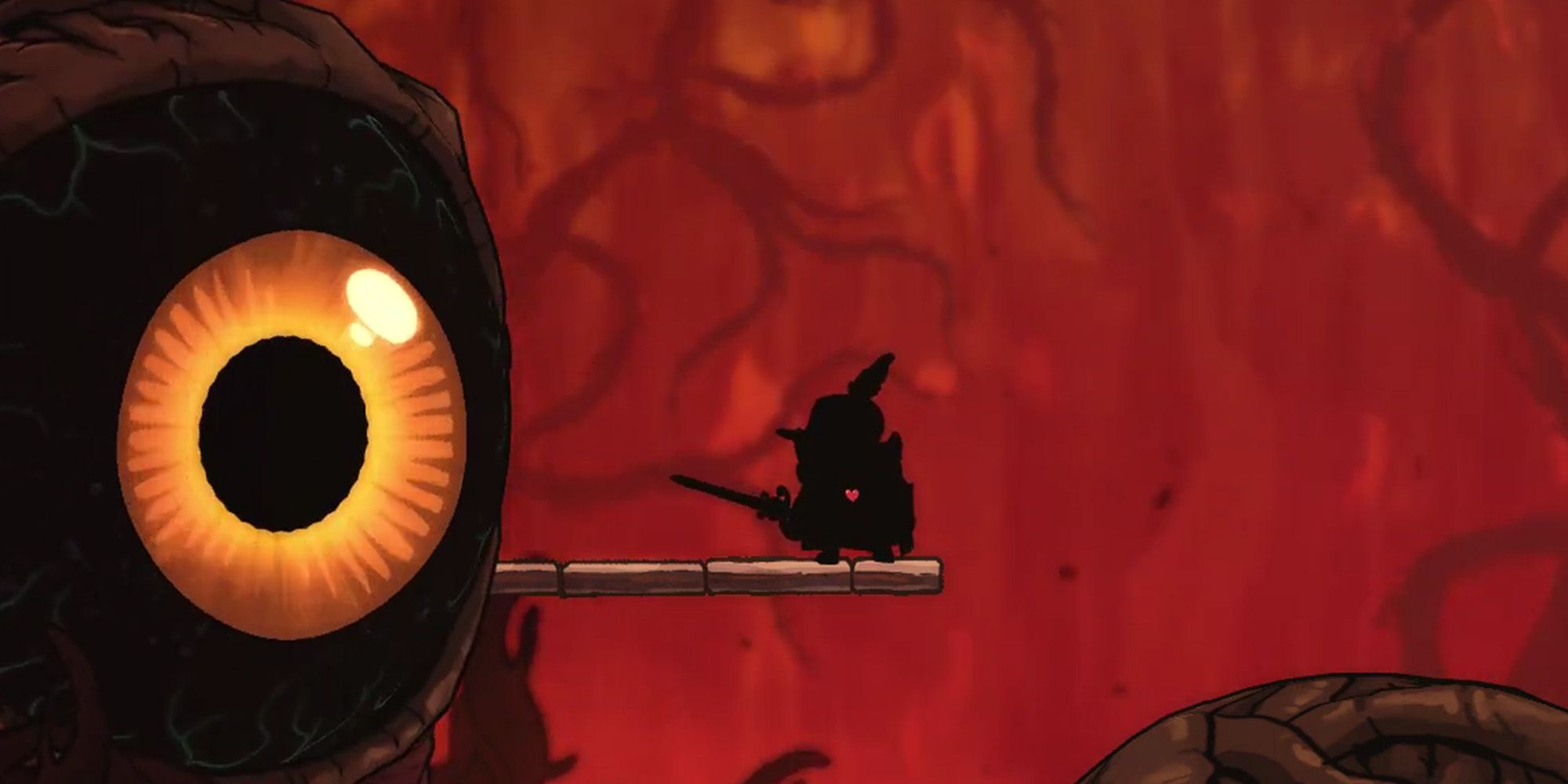 Estuary Irad, the protector of the Sun Tower, is a trio of giant eyeballs. Since you can only stand on the two platforms directly next to the left and right eyeballs, you'll need to use a class with a close ranged weapon. And since the eyeballs shoot a constant volley of large projectiles, you'll want to spend most of your time dodging, rather than attacking.

As such, the Astromancer is a perfect fit. Their black hole attack is almost guaranteed to do critical damage to the stationary eyeballs, and their class skill is great for dodging attacks. The Chef is also good because their frying pan applies Burn, a damage-over-time, which will let you focus on dodging, and their class skill lets you heal for more survivability. 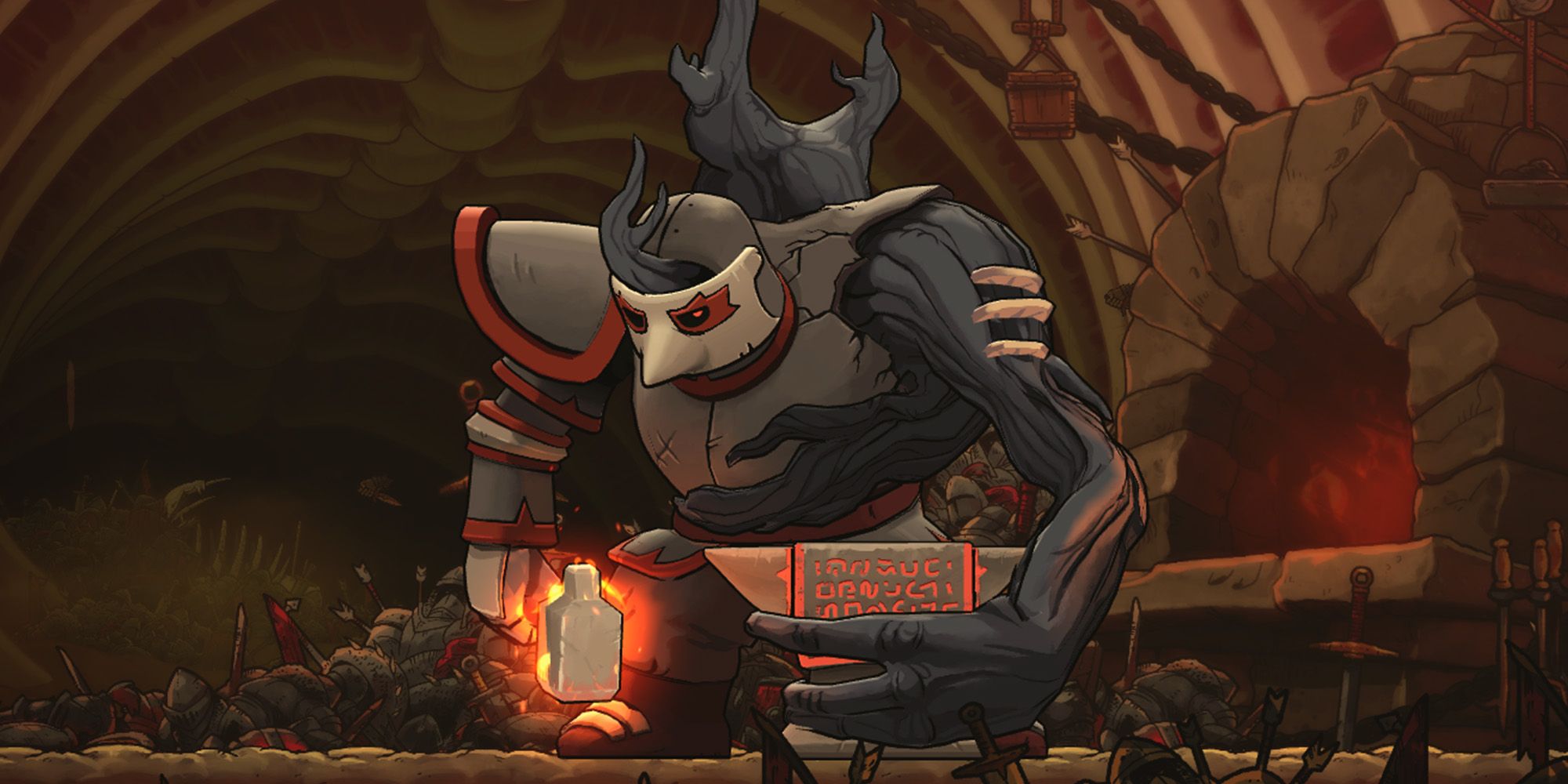 Although Estuary Tubal has been swallowed whole by the dragon in Phison Dry Lake, the master blacksmith is still a veritable foe. When Estuary Tubal lights the ground on fire, stay in the air by first double jumping, then echo kicking three times off his large projectiles. You can also spin kick off his homing ball of spikes, or the flaming buzz saws he occasionally sends at you.

Estuary Tubal will also summon hand automatons throughout his boss fight. These enemies are invincible right after they're summoned, and they have a four-hit shield, so you should avoid them entirely at first, then hit them with several attacks in quick succession to kill them. The Bard and Barbarian's quick aerial attacks and area-of-effect skills make them good classes for dealing with the automatons. Since the boss also doesn't move around much, the Barbarian's axe will be especially potent. 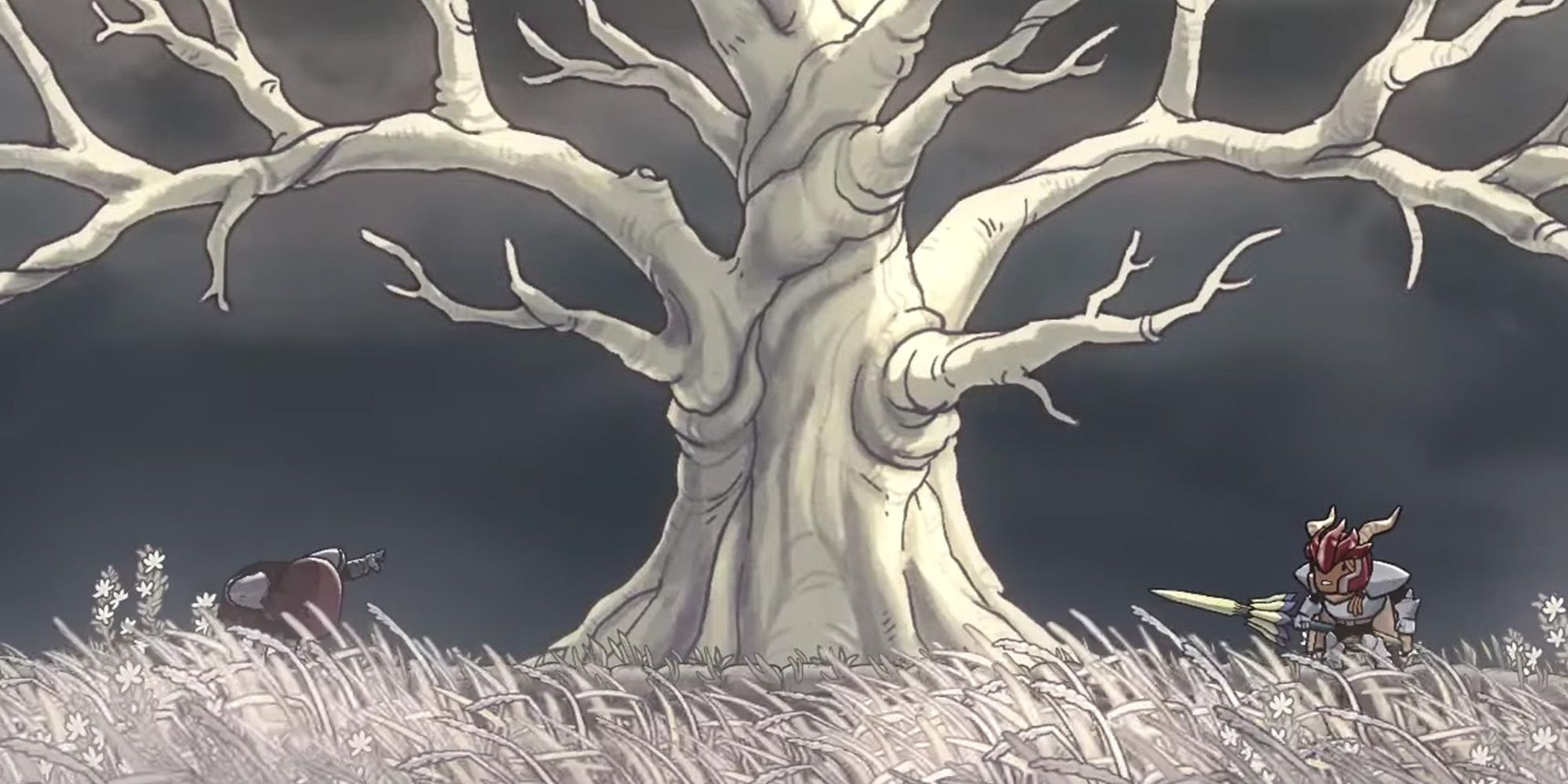 The leader of the rebellion, Jonah, will fight you after you enter the Golden Gates in the first room of Citadel Agartha. He uses upgraded versions of your weapons and class skills for his attacks, so most of his patterns are intuitive. There are some, however, that are less predictable. To avoid his throwable pizzas you have to destroy them with a spin kick, and to dodge his slash attack (which is like the Ronin's class skill) you have to Void dash through it.

If Jonah uses his Lightning Storm attack, and you're playing as the Mage or Ronin, standing in the second-closest safe zone will let you get a few extra hits on him. Jonah doesn't deal any contact damage, which is especially helpful if you're playing as a melee class that benefits from rushing the enemy, like the Boxer or the Knight. Jonah isn't too tough an enemy, so any class will be able to beat him. 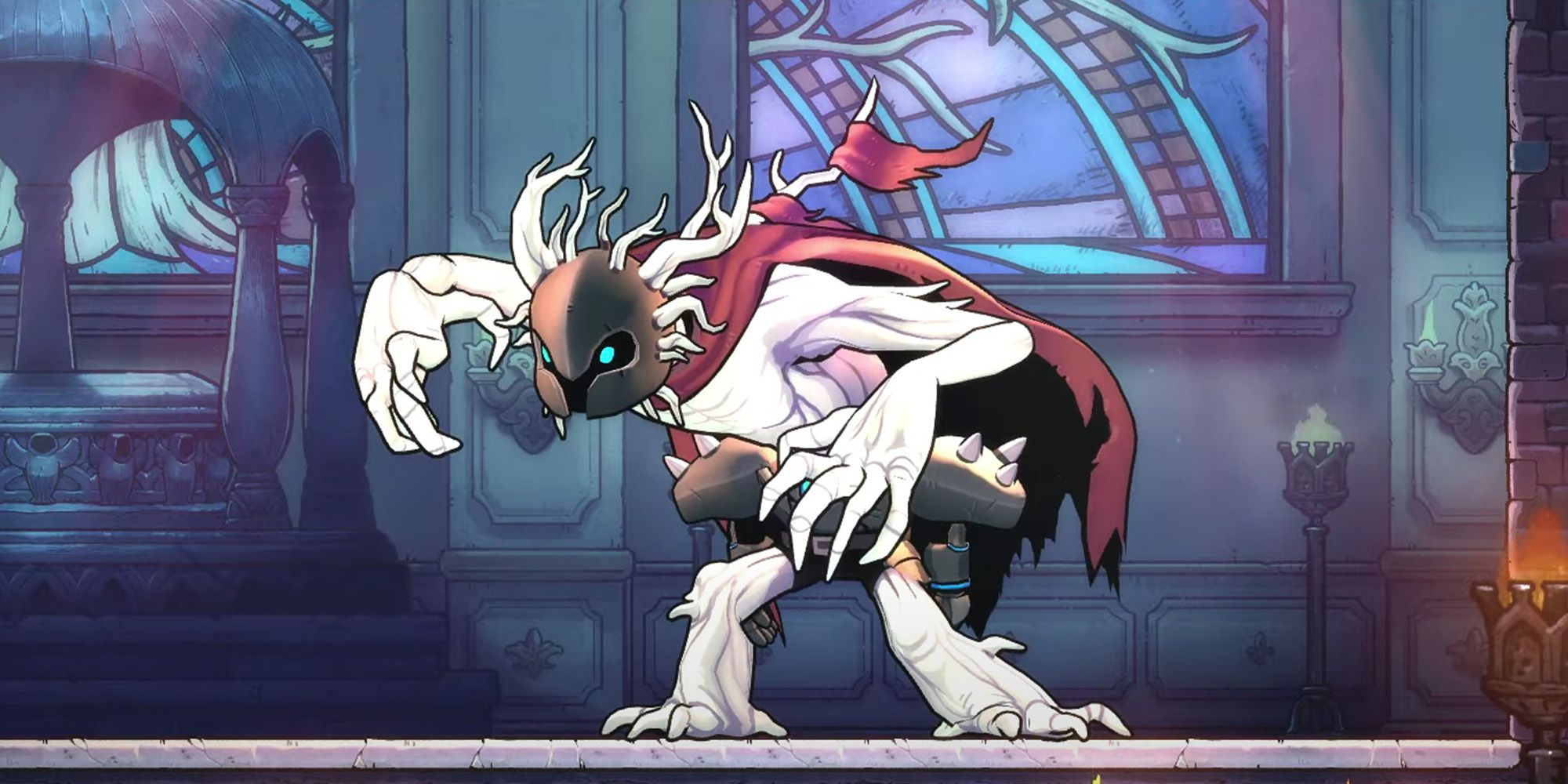 Since Cain, your brother, king, and final boss, has canonically absorbed the souls of all the Estuaries, his fighting style will be a mix of all their attacks. He'll jump and make magma erupt when he lands like Estuary Lamech, he'll throw large rotating bones like Void Beast Byarrrith, and he'll send flaming buzz saws at you like Estuary Tubal.

The one attack that may be unfamiliar to you is his circular fire wall. This attack is indicated by a red ring that explodes into many small, fast-moving walls of fire. These walls travel outward, so you'll want to stand inside the ring before he unleashes the attack. If you can get used to this new attack, you'll be prepared to take down this final foe and save the residents of the castle.

Related posts:
05/07/2022 News Comments Off on Rogue Legacy 2: Every Boss And How To Beat Them
Hot News
5 Things A Chocobo Could Do If It Had Human Arms
steroids cause heart disease
metformin estrogen receptor
Deadpool 3 Confirmed To Feature Hugh Jackman’s Wolverine
MultiVersus Reveals Rick’s Full Moveset, Includes Portals, Mr. Meseeks, And A Mega Seed
Recent Posts