Rust’s vehicles are broken down into three main categories: air, water, and land. Mini-Copters were first introduced way back in 2019, and these are used to launch air-assaults on enemy bases and traverse the map quickly; modular cars were added in 2020 and allow for a lot of customization, and boats are used to travel across water.

Cars are a great way to get running quickly but can be expensive to maintain, and Mini-Copters and Scrap Heli are some of the most sought-after vehicles in the game. This guide will look at each type of vehicle in Rust, how to get them, and how to use them to your advantage.

Modular Cars: A How To Guide 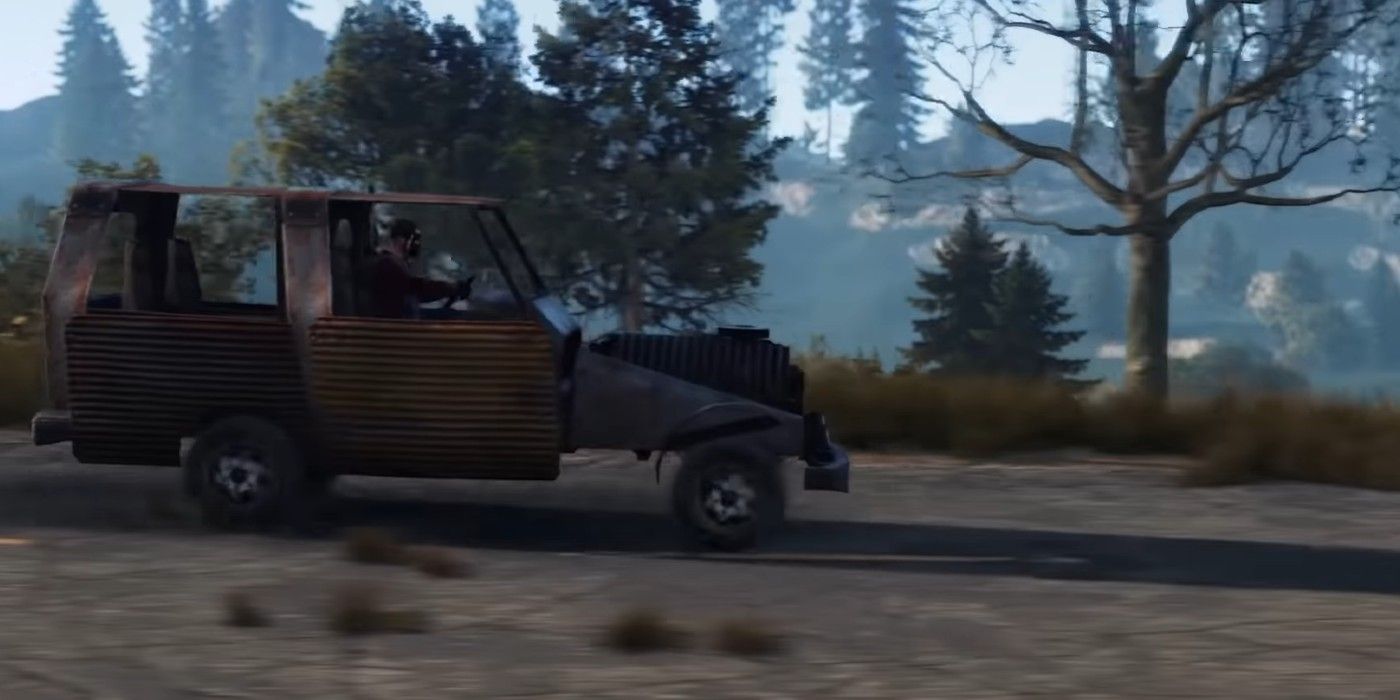 Broken-down cars are found commonly on the side of the road. They’re usually busted-up, come with a pretty random selection of modules already attached, and will need to be repaired before you can actually use them. There’s a limit of around 60 vehicles per default map. You should think about getting your hands on a car once you’ve acquired some of the basic early tools.

Before you can drive a car in Rust, it will need to be repaired. Generally, this will require some amount of high-quality metal, wood, and metal fragments. The amount required can differ based on how badly damaged a car is when you find it, or what modules it currently has or doesn’t have.

The best way to repair your vehicle is to get your hands on a Vehicle Lift. These are purchased at the Bandit Camp for a cost of 175 scrap, researched, or crafted at a level two Work Bench. It can be used to both initially repair your car and then to make amendments later on. You can also use the Hammer to make rudimentary repairs to a car.

What Does A Car Need To Run? 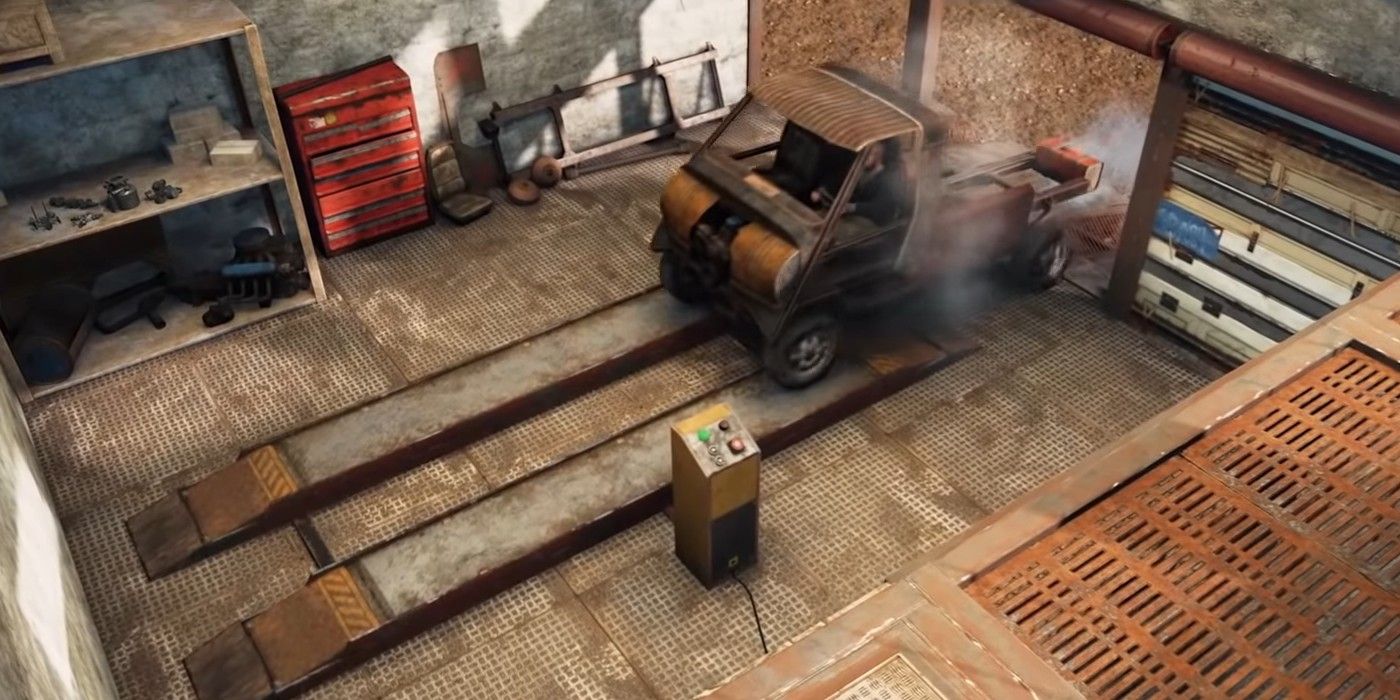 Your car will need at least one of each of these five parts to function: a crankshaft, pistons, spark plugs, valves, and a carburetor. These come in three quality levels: low, medium, and high. The quality level determines how well a car handles and how fast it can go.

Low-level quality parts are found in junk piles while medium and high-quality parts can be purchased or researched.

As well as engine parts, you’ll also need fuel. This is where it can get a bit expensive to consistently run your vehicle. Each car requires Low-Grade Fuel, the same as the Boat.

Making Changes To Your Car In Rust

Once you’ve acquired the Vehicle Lift you can start changing your car’s appearance and functionality. For example, you can add a vehicle lock for 75 scrap (to keep pesky bandits from running off with it), as well as change up various modules to make the car stronger against incoming fire, put in a more powerful engine, and add extra seats for passengers.

Mini-Copters And The Scrap Heli 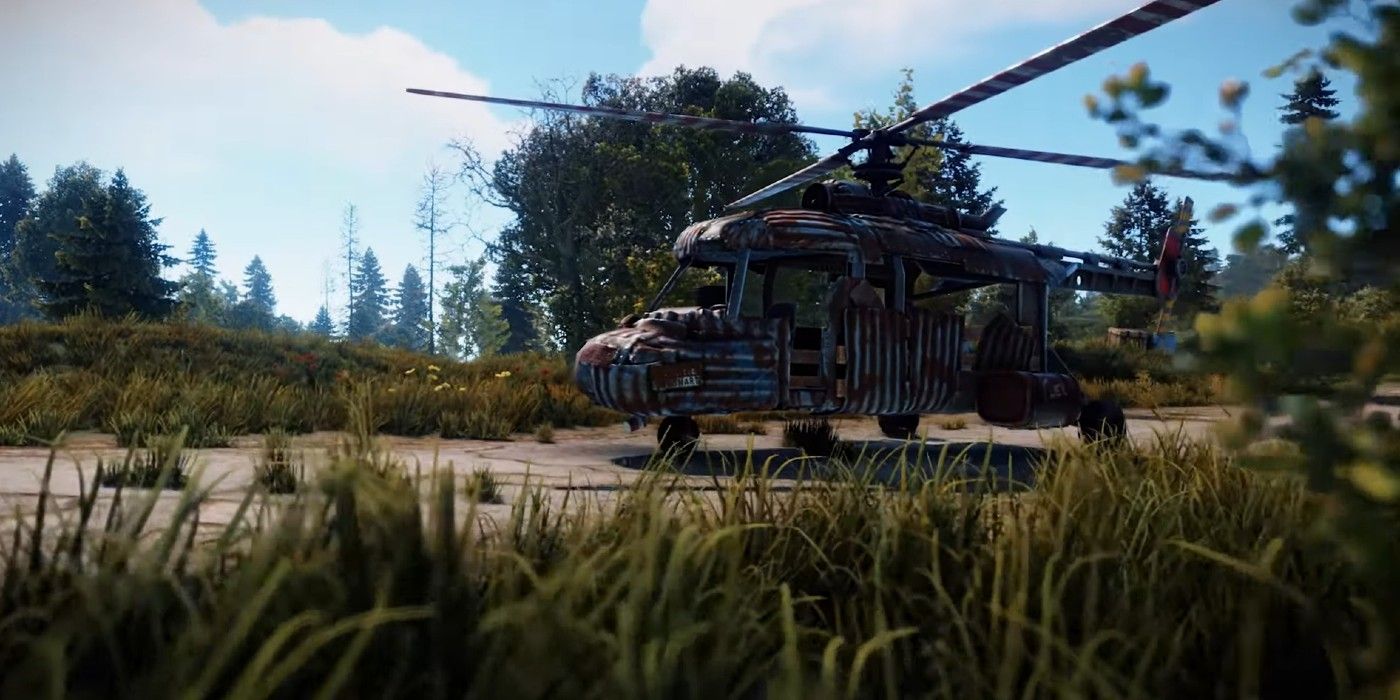 In terms of how usable each vehicle is, the Mini-Copter can only hold two passengers, and because of the open front, you are susceptible to being shot at. The easiest way to takedown a copter is to shoot out the driver, causing the copter to drop out of the sky. This is an essential tip for new players, who might struggle against kitted-out players in helicopters.

The Scrap Transport Helicopter, or Scrap Heli, is a much larger vehicle. It has space for two players up front as well as a large flatbed at the back which has room for other players. When you’re in the back you can move around, and more importantly, shoot your weapons. 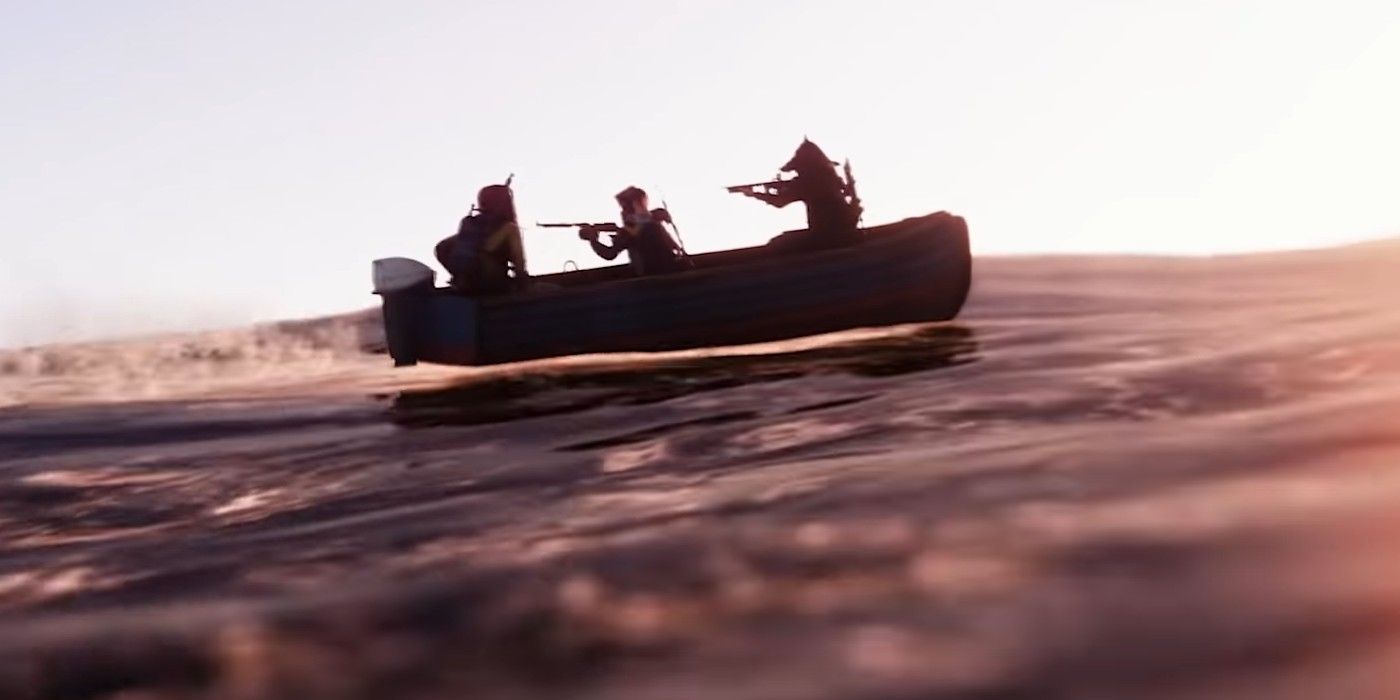 Boats spawn all over the map, next to the water. You can push boats, which you’ll need to do because they spawn on the land.

From the September 2020 update, boats are available or purchase at the Boat Vendor. It takes Low-Grade Fuel to run and can carry up to four players, including the driver. When onboard, players can use items and shoot their weapons, although the driver is locked on to driving the boat. 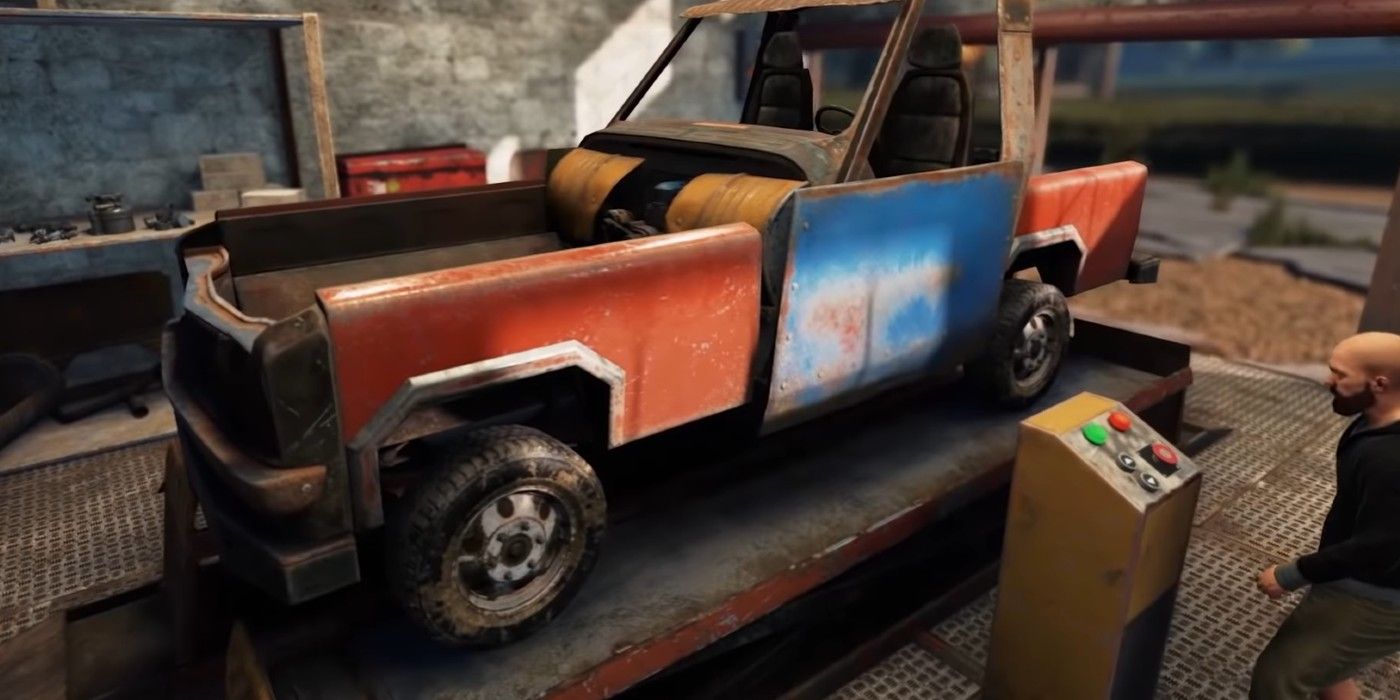 Every vehicle will decay over time, much like buildings. This is designed primarily to keep the limit of vehicles on the map to around that 60 mark. Different vehicles take a different amount of time to decay:

There are a few different ways to maintain your vehicles over time, although it can be expensive. Scrapping a car right down to its chassis will save the chassis, but you will have to reattach any modules and wheels if you want to use it again.

As it stands, the repeated purchase of Mini-Copters and Scrap Heli means you will need a lot of scrap to continually use these vehicles. It sort of makes sense. Sort of. They’re quite powerful and can be abused by skilled Rust players.

NEXT: Rust: Tips For Dealing With Radiation 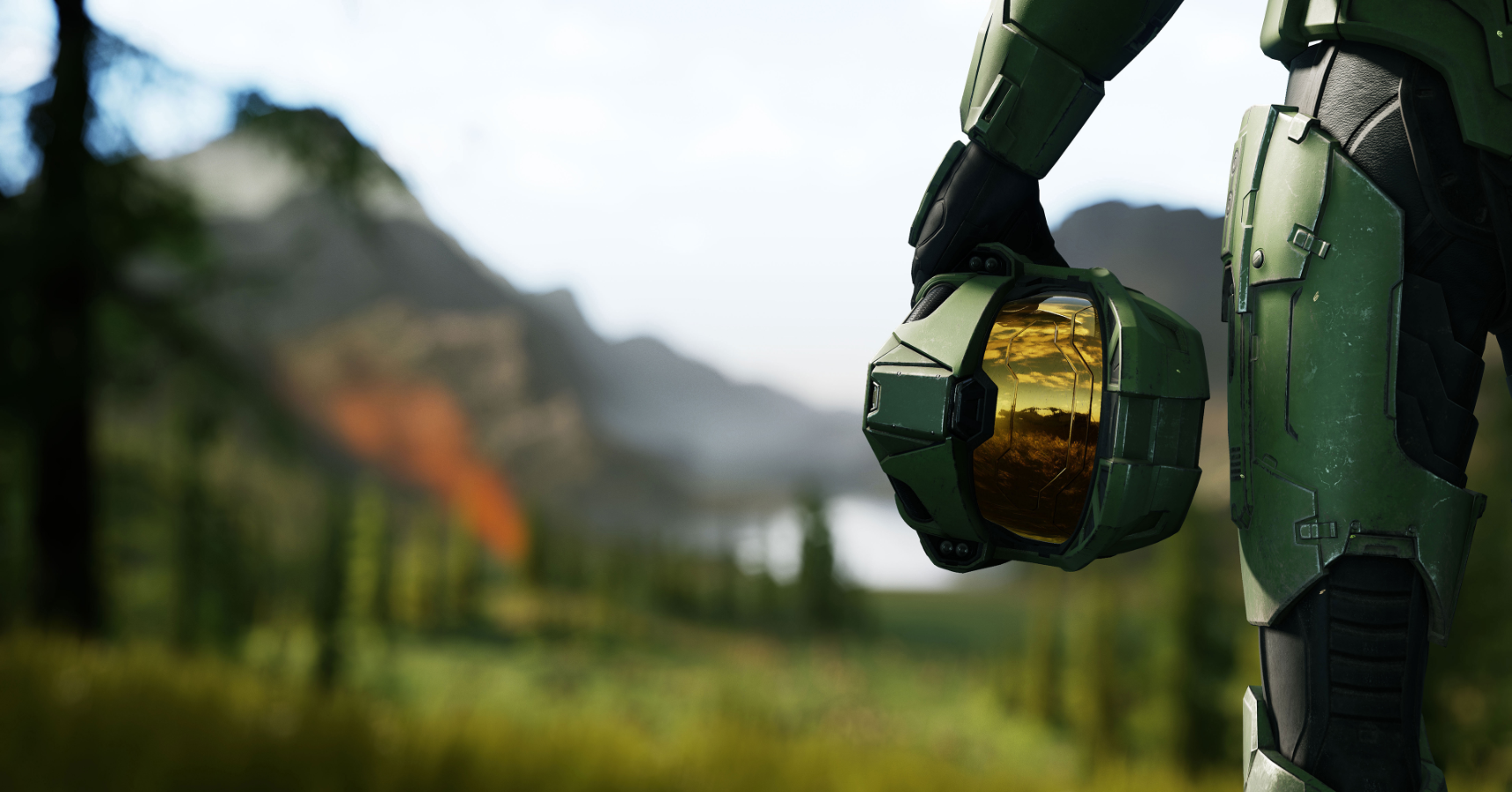