Ahead of E3 2021, an old blog post has been circulating, documenting an account from the same expo twenty years prior. Written by longtime Nintendo director Masahiro Sakurai, he recounts his experience of showing Super Smash Bros. Melee to western fans for the first time, and reveals some interesting tidbits on the showcase.

Perhaps most notable is how he was genuinely quite surprised that western gamers enjoyed the E3 2001 Melee demo so much. “I have been to E3 many times, but this was the first time that the Nintendo booth was so crowded”, he writes.

Originally, he’d underestimated the enthusiasm and only had one console set up for four-player matches. “I was relieved to find that Smash really is enjoyed by many people around the world”, he says, explaining how they had to dig around for more controllers after the first day to meet the demand.

As pleased as he was to see everyone wanting to try out the new Smash, he still had some choice words for those taking it all a bit too seriously. In a plea that would largely go unnoticed, Sakurai writes, “Pleeeeease stop beating the snot out of people who have obviously never played before! My apologies to the beginners out there.”

However, Sakurai closes his blog post in a truly heartwarming fashion, clearly touched that so many people were eager to try out his new game. 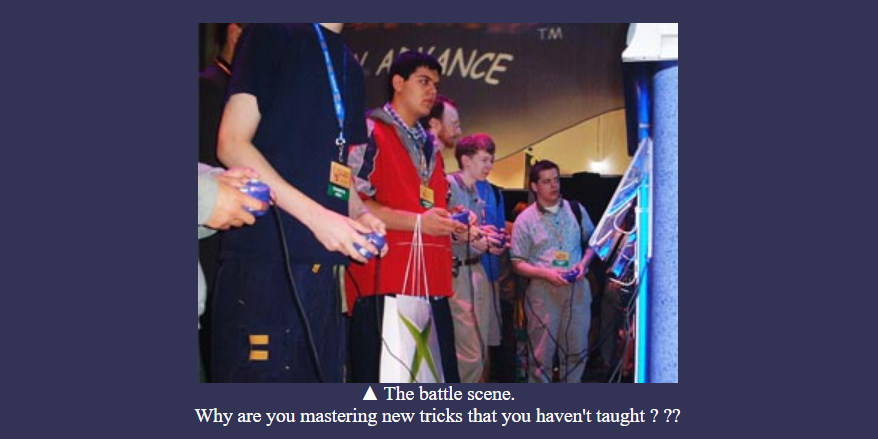 “I saw all sorts of people who had never played before yelling in excitement and laughing at mishaps, getting surprised by new stages and characters, mastering various techniques, and having a good time. I feel lucky to be making this game. These 3 days gave me a renewed determination to keep doing my best, for all of these people.”

The blogpost originates from Nintendo’s official Melee website (yes, it’s still live), but this more accurate English translation comes courtesy of sourcegaming.info. It’s a fascinating glimpse back to a different era: when Smash’s worldwide success was still in the balance.

Fast forward twenty years later and Sakurai is still working away on the series, continuously adding fighters to the most recent instalment, Super Smash Bros. Ultimate. With his words from two decades ago in mind, I reckon we should go easy on the “Geno for Smash!” requests this year, yeah?