Salt and Sacrifice, like many games in the ever-growing Soulslike genre, can be punishingly difficult. That said, in the same way that Elden Ring is challenging yet fair, Salt and Sacrifice rewards both practice and planning. If you're struggling to take down the many Mages that threaten the Alterstone Kingdom, obtaining more powerful armor may give you the edge you need. They can be crafted using materials you collect by hunting down Mages or found in chests hidden throughout the world.

Salt and Sacrifice splits armor into two groups, light and heavy and, as in many action RPGs, Salt and Sacrifice uses an encumbrance system. Heavier armor tends to provide better protection overall but takes up more of your equipment load. The less you're carrying, the faster your character can evade. Whether you choose a light or heavy build, you'll want to collect a variety of armor. Since many pieces of equipment are designed to counter a particular elemental damage source (like fire or cold), having multiple armor sets makes it easier to hunt down an assortment of powerful Mages. These are the ones to look out for. 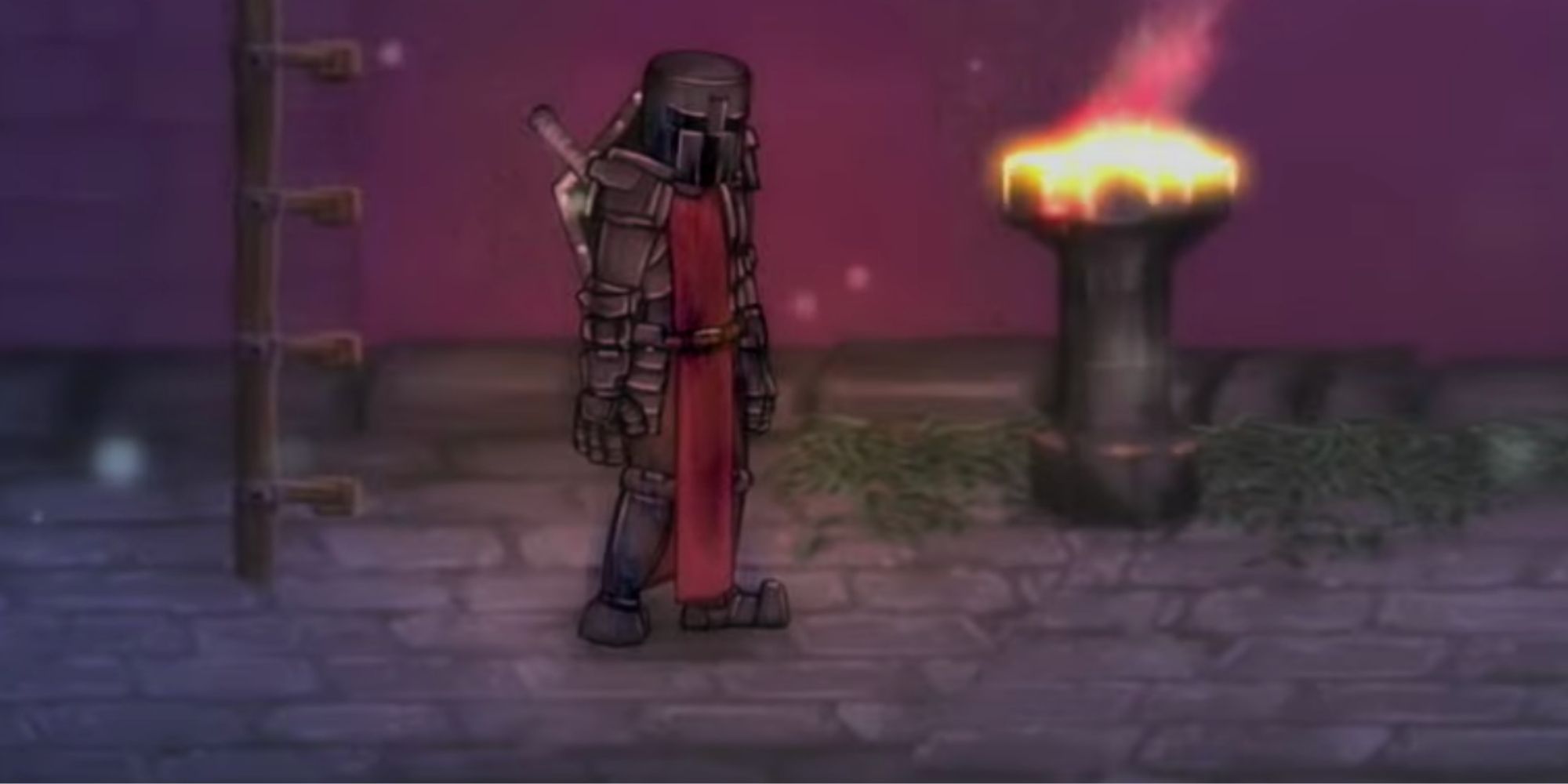 When creating your character in Salt and Sacrifice, you choose between one of eight classes. Each class starts with different equipment, including armor. In terms of defense, the best starting class is the Fighter. This is because Fighters gain access to the entire Heavy Set, which provides a solid amount of resistance to just about every enemy you'll encounter early in your playthrough.

If you decide to play a heavy build that doesn't start with the Fighter class, you can still obtain the Heavy armor early in the game. Ashpeak Castle in the Ashpeak Village area contains a chest with the entire Heavy Set inside. 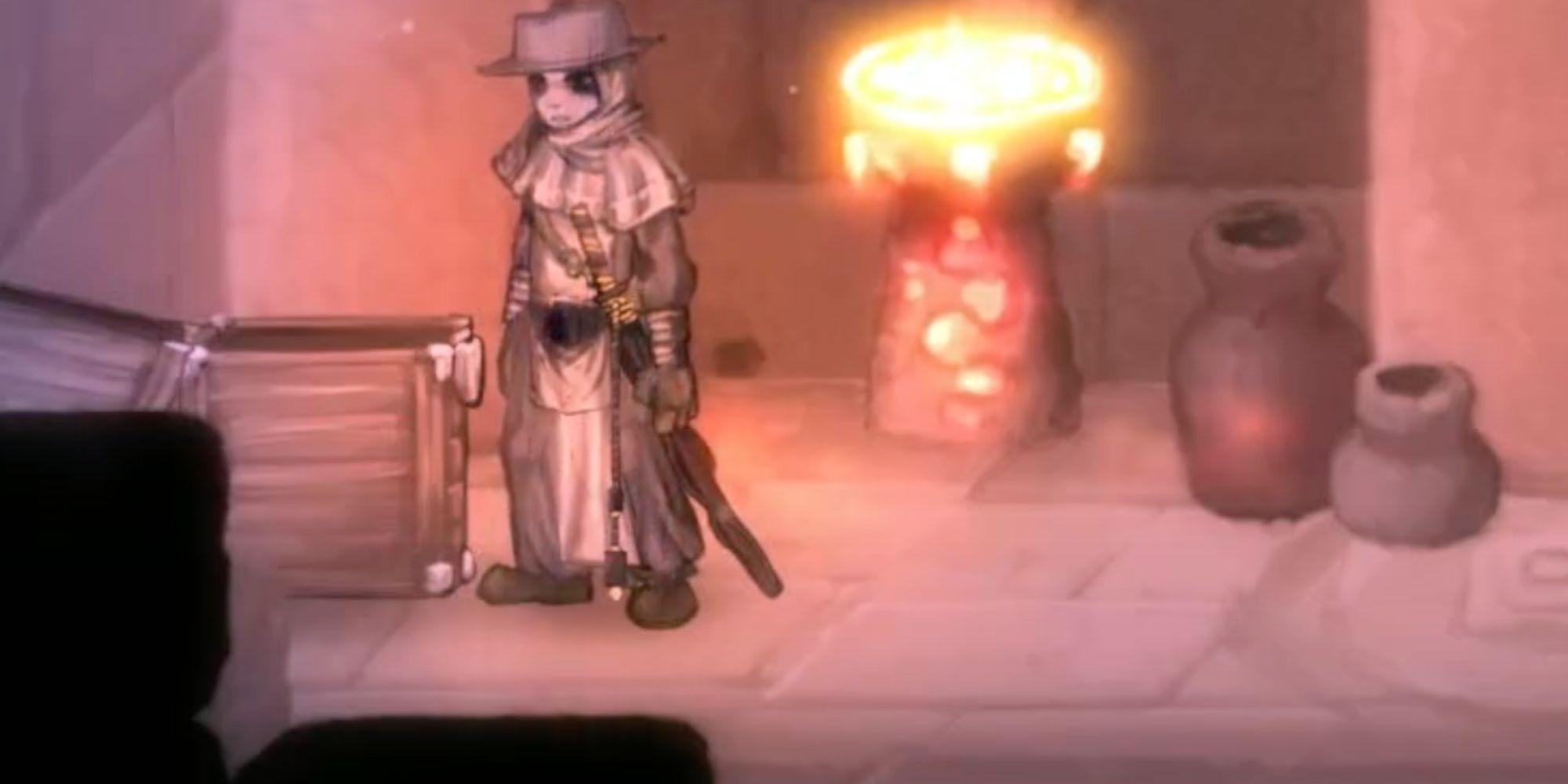 If you want to run through Salt and Sacrifice with a lighter build, the Healer's Set is one you won't want to miss. While it doesn't offer protection comparable to the Heavy Set, it's one of the lightest sets in the game, making it easier to maintain access to the fastest roll possible. Since the Healer's Set takes up so little of your equipment load, it also opens up unique loadout options.

Want to bash your foes with a massive greathammer while still being light enough to escape their counterattack? The Healer's armor set lets you do that. You'll find the complete set located within the Upper Temple in the game's second main area, Bol Gerahn. 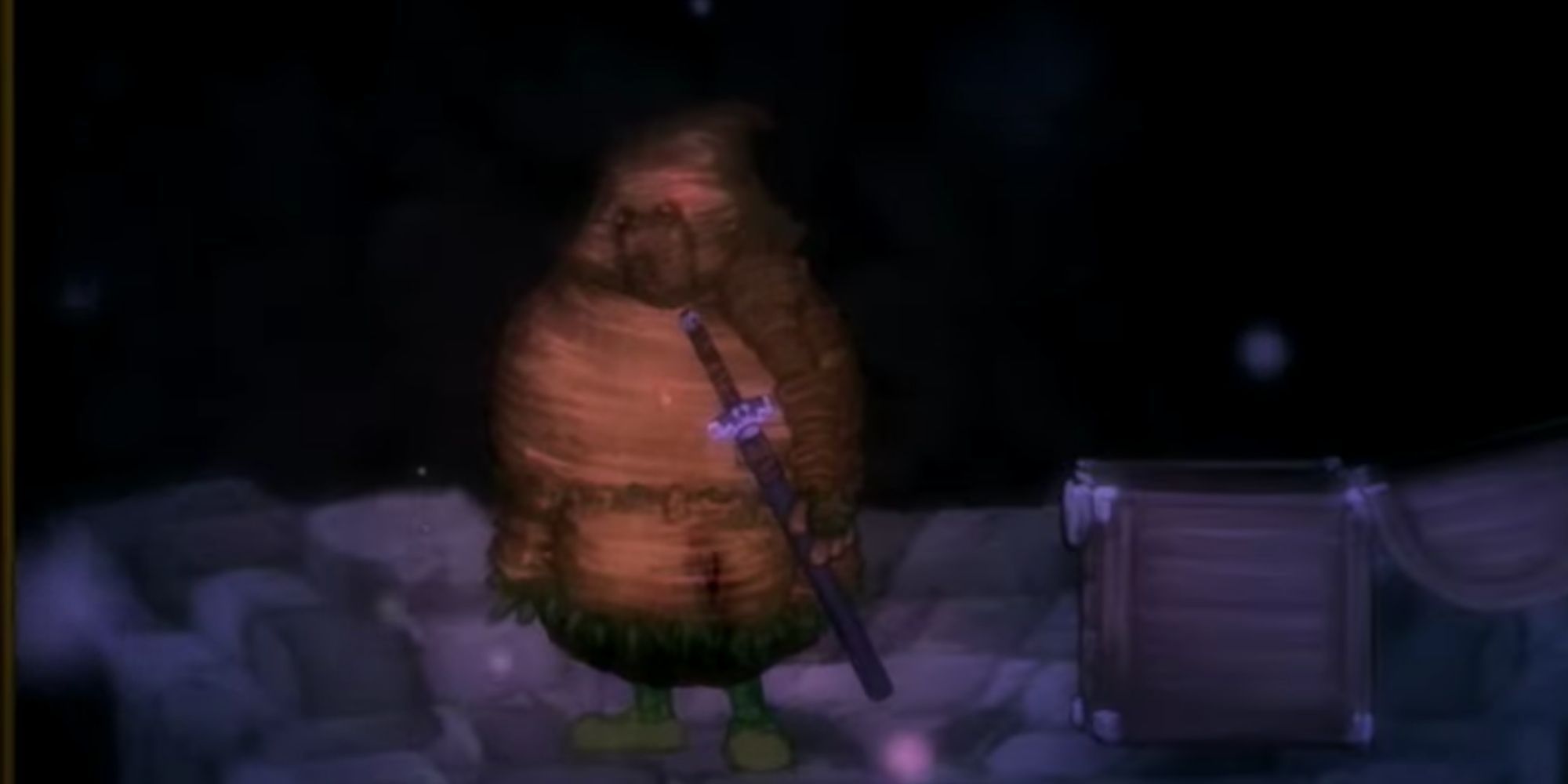 While it's one of the heaviest sets you'll come across, this cocoon-like armor provides great protection against every damage type, especially cold and dark. Its exceptionally high poise stat also makes it harder for enemies to stagger your character, meaning you can use this set to power through weaker attacks — if you have enough health.

The Harvestlord's Set likely won't be your equipment of choice by the time you reach the endgame. With that in mind, it's a well-rounded set of heavy armor that stands out among the selection available around the halfway point of Salt and Sacrifice. Located in the optional Hallowed Hill area, the Harvestlord's Set is worth the detour. 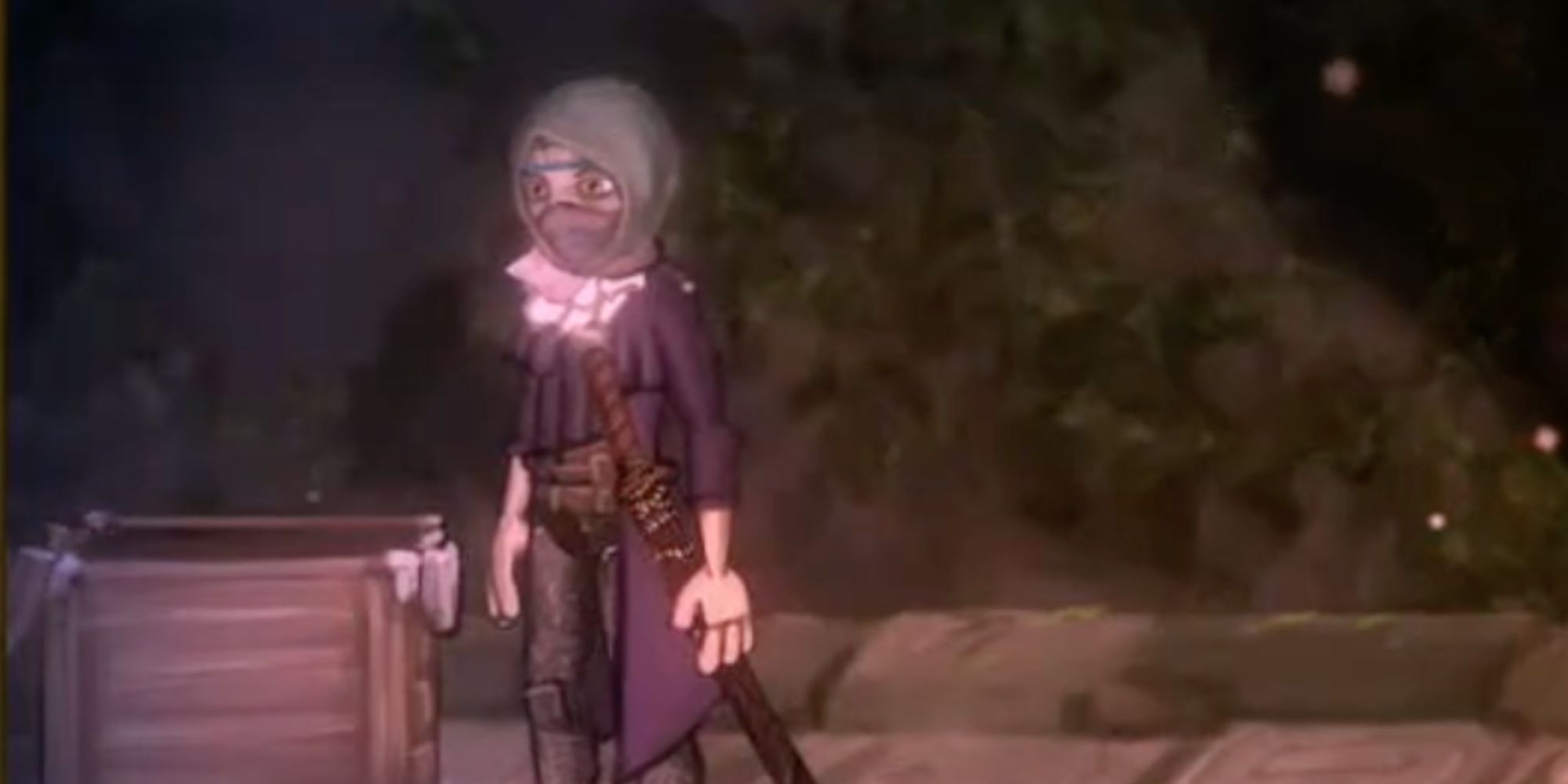 Another armor set that you can find around halfway through your playthrough is the Oceye Set. This armor provides excellent resistance to fire, cold, and poison damage without sacrificing speed. The Oceye armor is also a great help in the battle against Anamus Kane, a Mage who appears around the same time you can acquire the set.

Anamus Kane's trickiest move requires you to evade a cluster of bouncing grenades so having a lightweight armor set with good stats is invaluable in this hunt. If you've opted for a lighter build, it's worth searching the Fetid Grotto in the Corvius' Mire area to obtain this set. 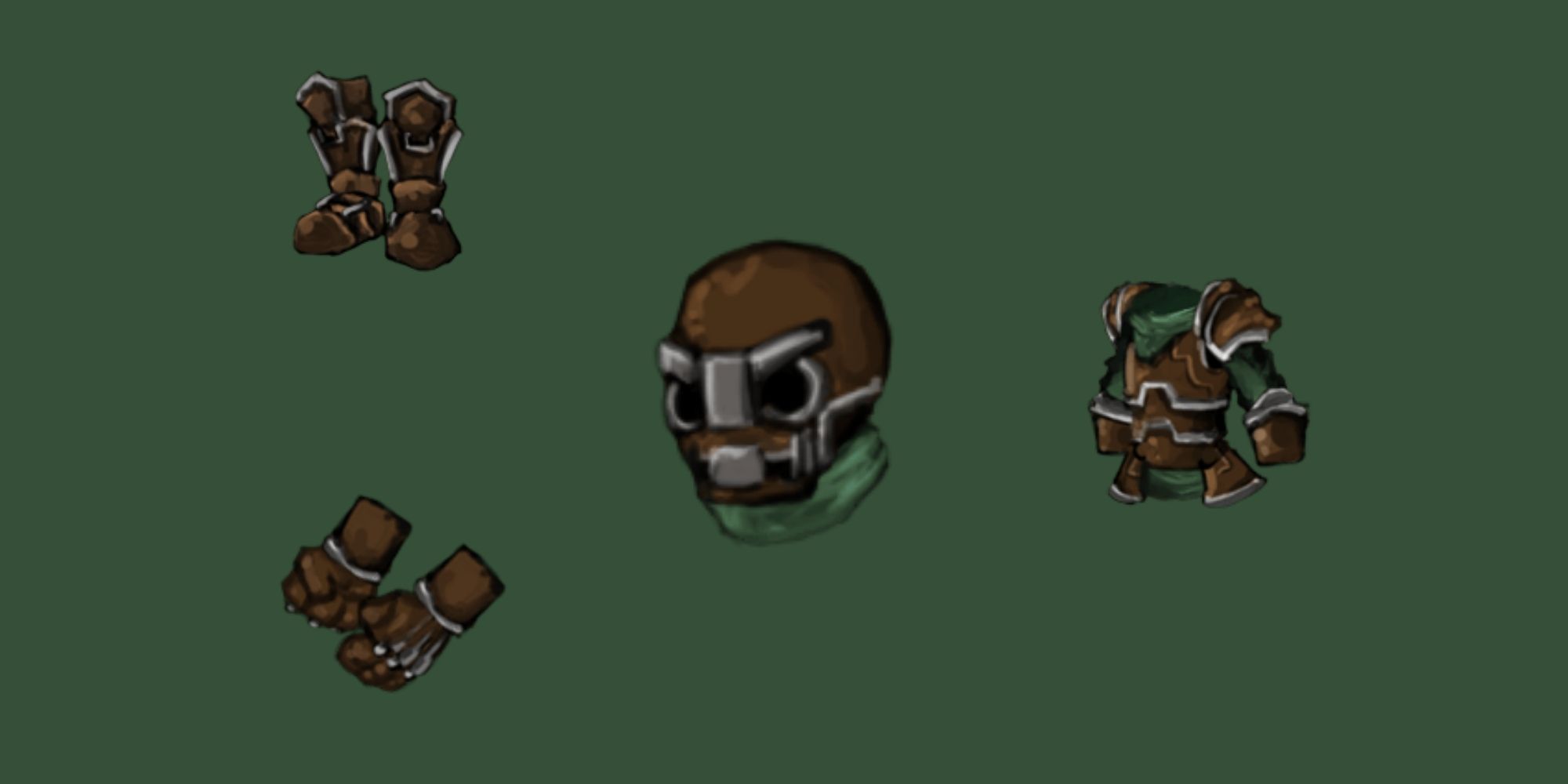 If you're struggling with a boss or enemy type that deals some serious poison damage, the Mechwork Set makes the perfect counter. Since it provides a good deal of protection from every damage source except light, the Mechwork Set is well worth the crafting resources for any heavy build.

Crafted using material dropped by Anamus Kane and The Infernal Machine, this armor helps you make short work of foes that rely on poison and ensures you'll never have to flee from a Toad King again.

5 Defend Against the Light and Dark: Codex Set 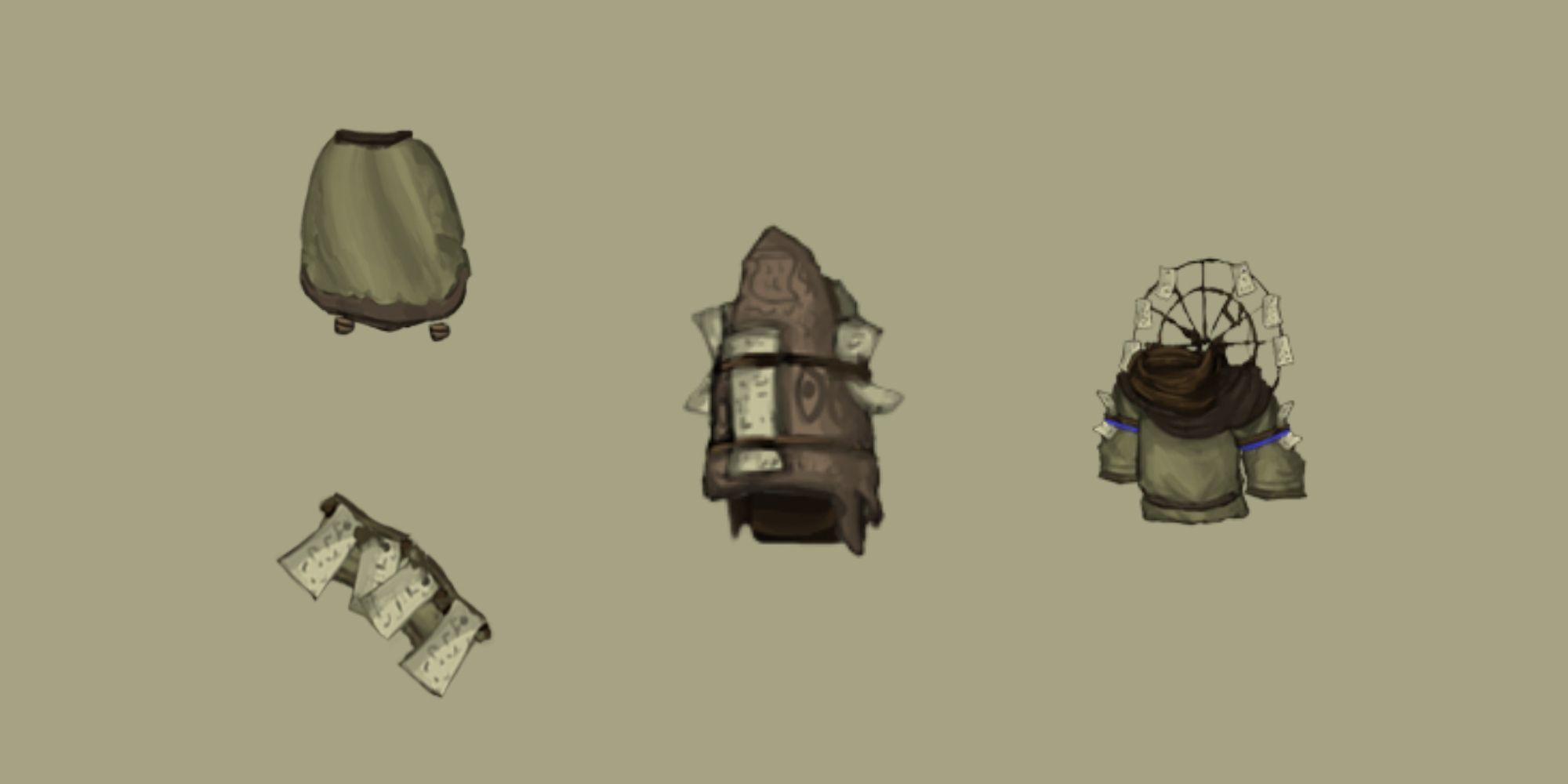 You can craft the Codex Set with materials from Logostus Rime and other enemies that appear in the Elder Copse area. Note that it will take a fair amount of grinding to obtain the full set. 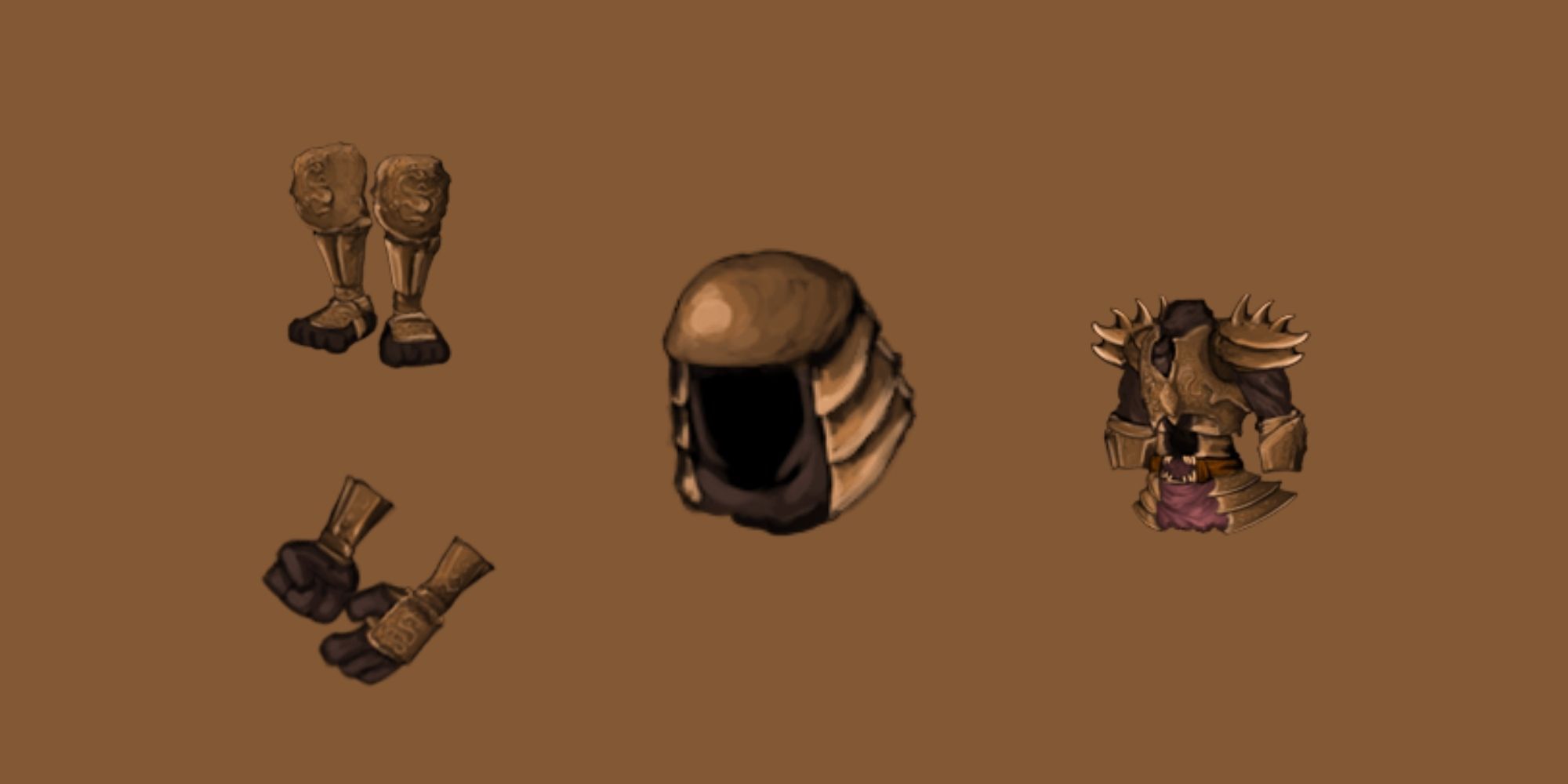 In addition to pouring some cold water on your more pyromaniacal foes, the Scaleplate Set boasts above-average poison resistance and weighs less than other heavy armor sets with similar defensive stats. If you're trying to create a mobile heavy build with as few points in endurance as possible, this is the best armor available.

While not quite flameproof, this heavy armor set offers some of the best fire resistance in the game. If you can endure Draeaxenerion's relentless combo attacks and defeat the Dracomancer, you'll be rewarded with crafting materials for the Scaleplate Set.

3 Being a Ninja Is Cool: Umbral Set 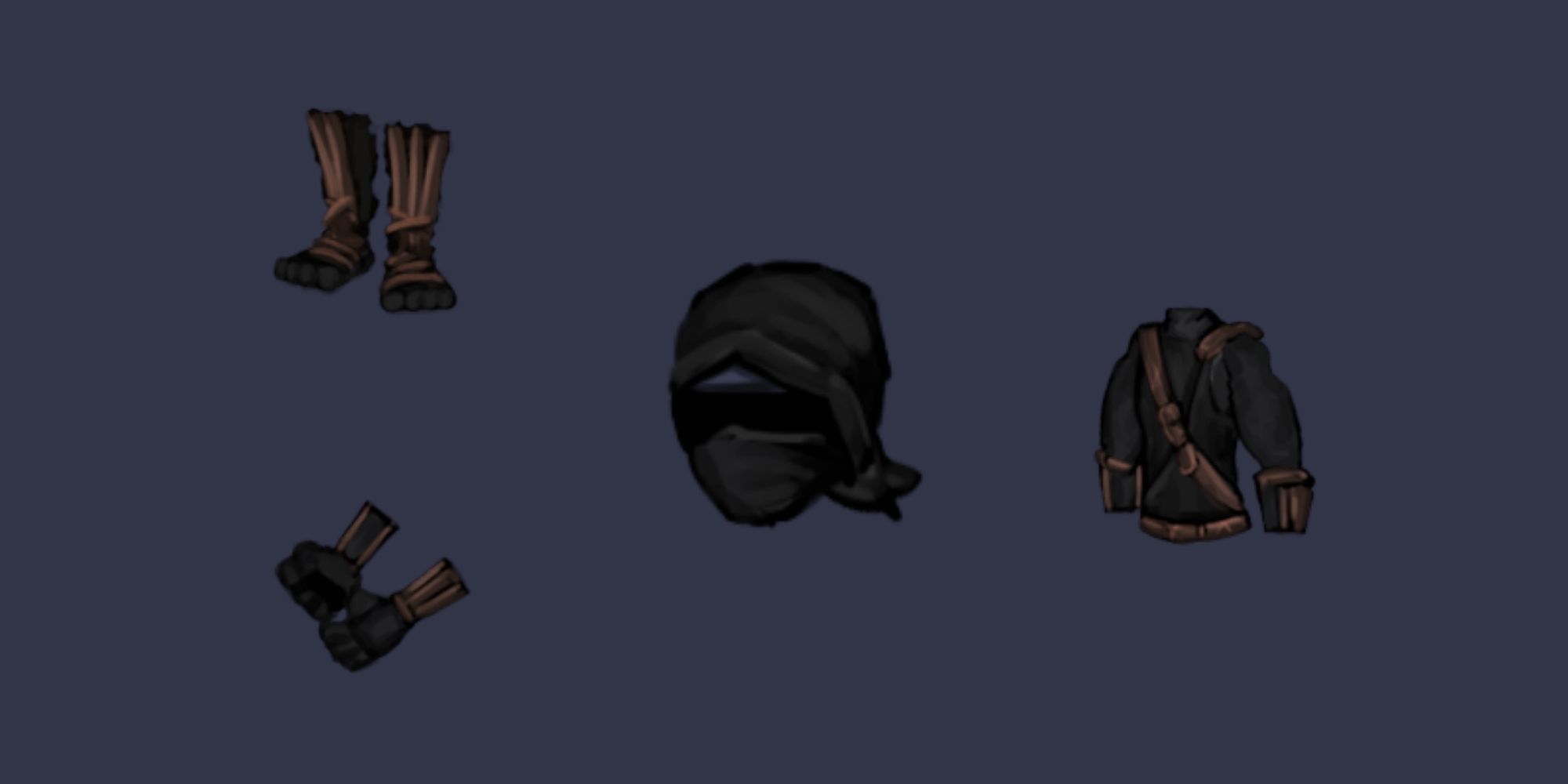 If you're looking for late-game gear that keeps you moving as fast as possible, the Umbral Set is the way to go. While not quite at the level of the Codex Set, the Umbral armor's dark resistance is also notably high, making it ideal for many of the bosses you'll encounter in the Elder Copse area.

Fittingly crafted with materials obtained from The Lurking Shadow boss fight, the Umbral Set provides protection from every damage source without straining your equipment load. 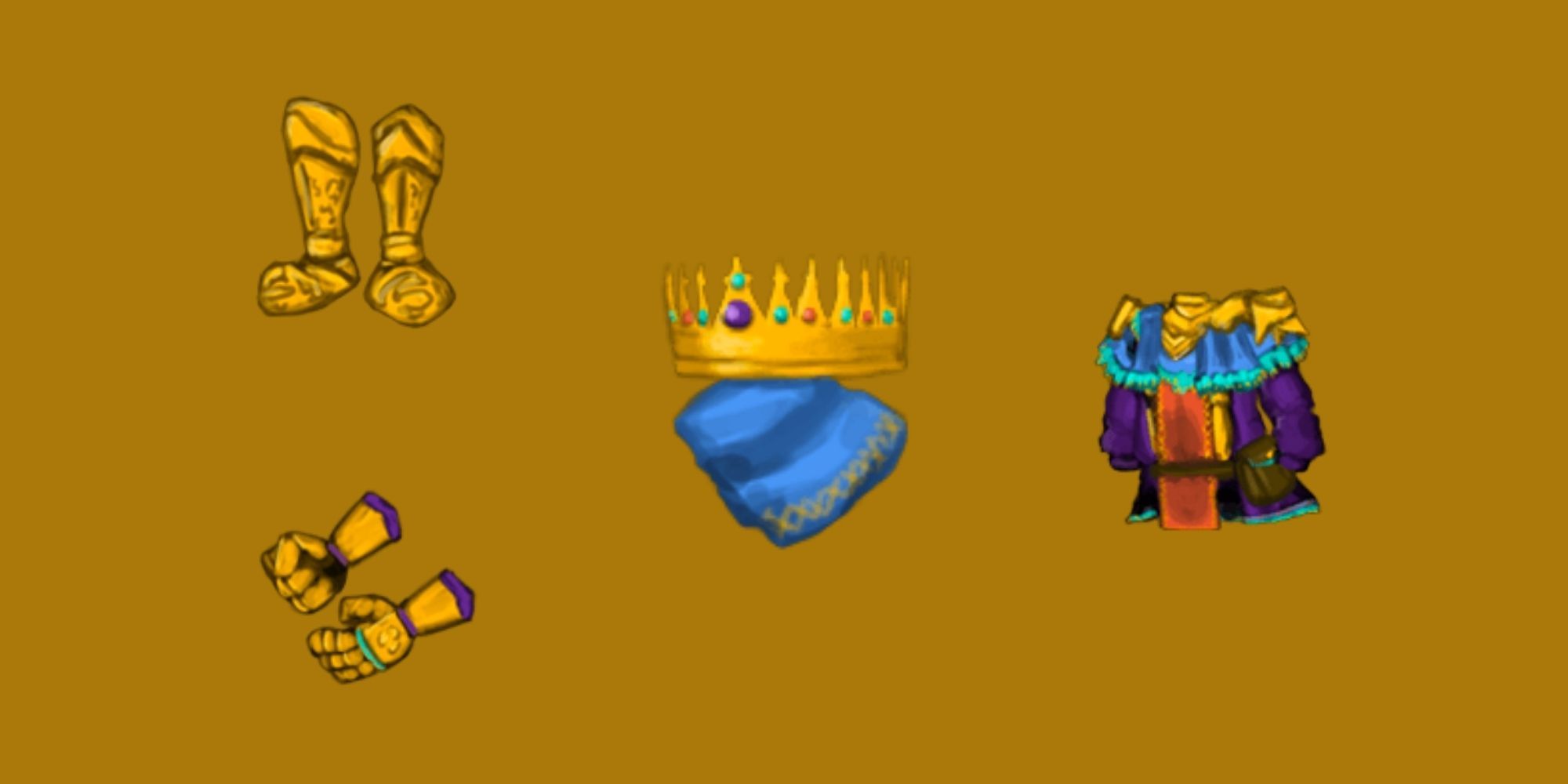 With no weaknesses, the Royal Set stands above any other heavy armor in Salt and Sacrifice. This set has it all: Fire resistance greater than the Scaleplate's, poison resistance that surpasses the Mechwork's, and cold resistance more than double that of nearly any heavy set in the game.

The only real downside of the Royal Set is the trouble you have to go through to obtain it. You'll need to complete the Royal Retinue Questline in Dreadstone Peak, which requires you to use up the hearts of two Named Mages. 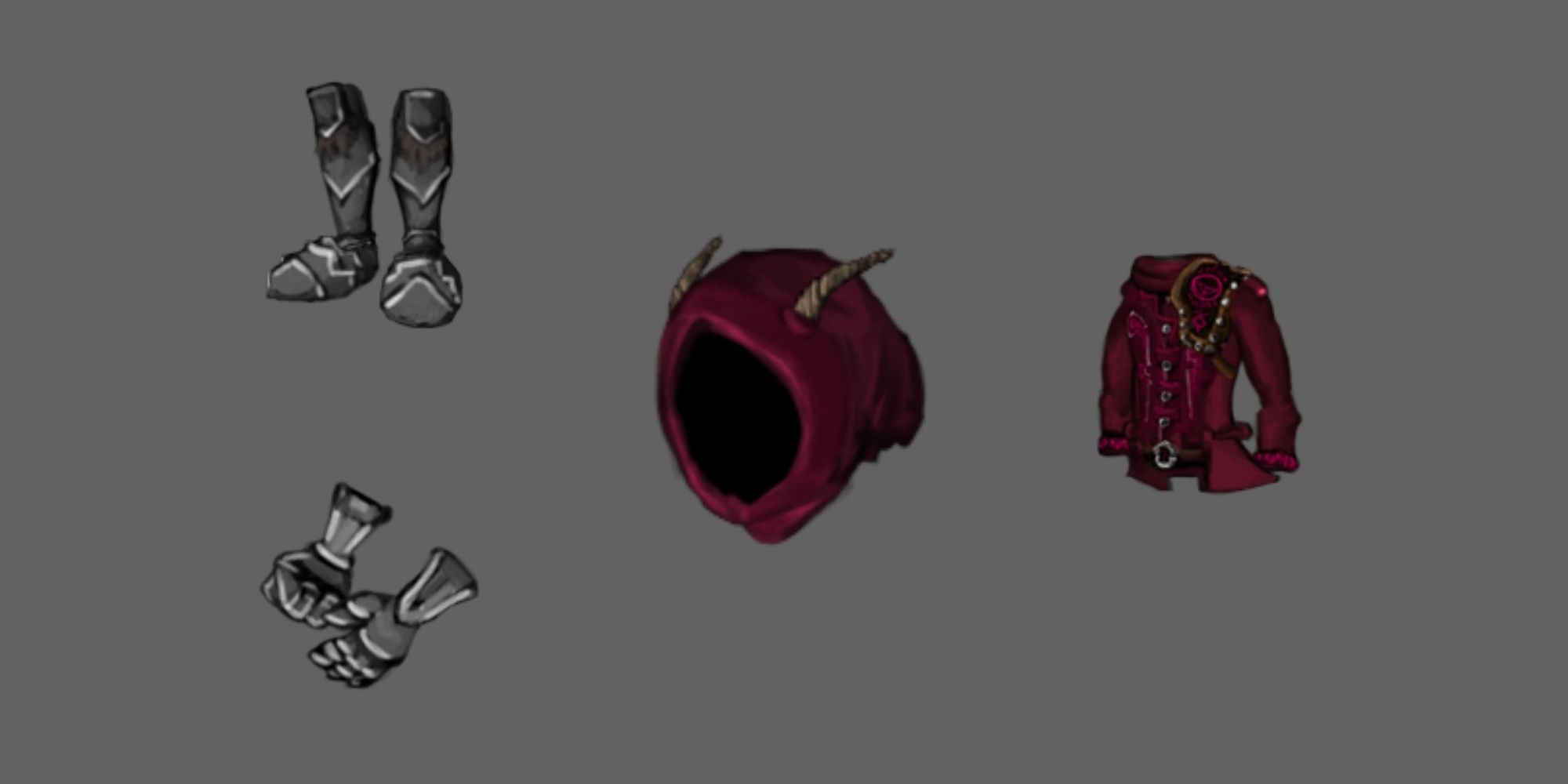 Blurring the line between light and heavy armor, the Diabolical Set is the final destination for builds that combine speed with power. While every defensive stat in this set is high by light armor standards, dark resistance is particularly great — being more than 20 points higher than the Codex Set's. When facing the shadowy Mages of Elder Copse, the Diabolical set is second to none.

Crafting this set using material dropped by Nephael Mos and other foes at Dreadstone Peak will take some time, but the reward makes up for the grind.

Related posts:
05/29/2022 News Comments Off on Salt And Sacrifice: 10 Best Armor Sets
Hot News
Marina Probably Won’t Be The Villain Of Splatoon 3
walkers pharmacies
Skull & Bones Will Reportedly Be Re-Revealed Next Month
Source Of Madness: How To Play As A Generalist
Report: 66% of AI decision-makers are concerned about meeting ethical business goals
Recent Posts