Although it may still be in Early Access, Satisfactory still continually gets new updates and enhancements. Each new change streamlines the experience and expands the list of machines you can build or gadgets you get to play with (the most recent of which added Ziplines). There have been so many alterations to it since its initial release into Early Access back in March of 2019 that its current toybox is now heaving with tools and equipment to tinker on.

The latest new toy that you get to play with in the incredibly satisfying time sink that is Satisfactory is Particle Accelerators. This sci-fi survival crafting sim just got a bit more space-aged as this high-end tech lets you reprocess dangerously Radioactive Plutonium Waste into harmless Pellets or provide other resources for the Space Elevator. So if you’re planning on putting down your own Particle Accelerator then here are a few tips.

10 The Pipeline Input Has No Use 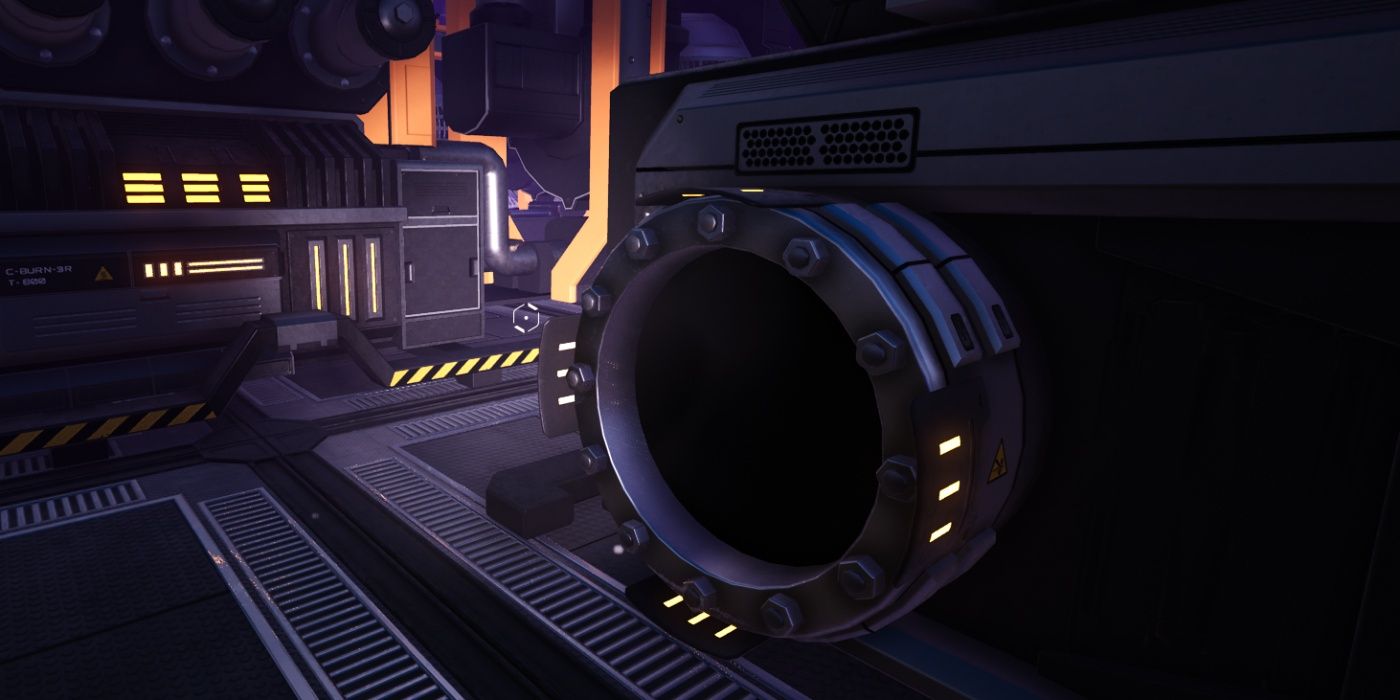 Most machines in Satisfactory have a use for their input ports. Whether for fuel, crafting materials, or liquids, each slot has a use. But the Particle Accelerator model for some odd reason has a liquid input that does nothing at all.

Originally, this was supposed to be used for Nitrogen Gas that would be inserted into the machine as part of an Instant Plutonium Cell recipe. However, this was removed in a Patch, so currently, this slot sits unused. Whilst undoubtedly this might change in a future update, its inclusion on the model is still an odd choice as it can be confusing when first encountered as you may initially think you’ve wired it up wrong.

9 They Take A While To Unlock 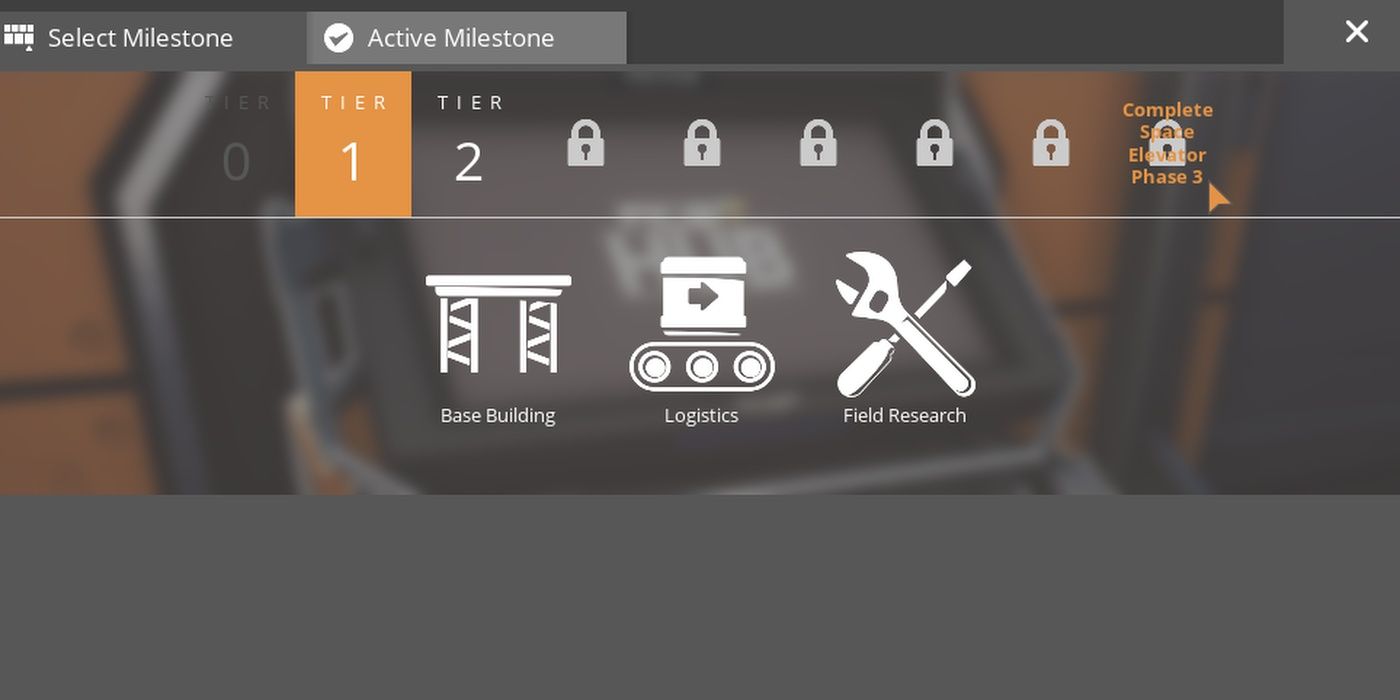 Nothing comes free or easy in Satisfactory and it can take quite a lot of time to unlock all the late-game tech that streamlines everything and the Accelerators are no different. To get the blueprints for building one of these is going to take you at least 20 hours or more.

Unlocked at the incredibly far-off milestone of Tier 8 in the Space Elevator, the Particle Accelerators are incredibly resource-intensive with complicated recipes required for their ingredients. So if you’re starting out a new run you’re going to be constantly grinding resources up for quite a while before you can build one.

8 They Require A Lot Of Space 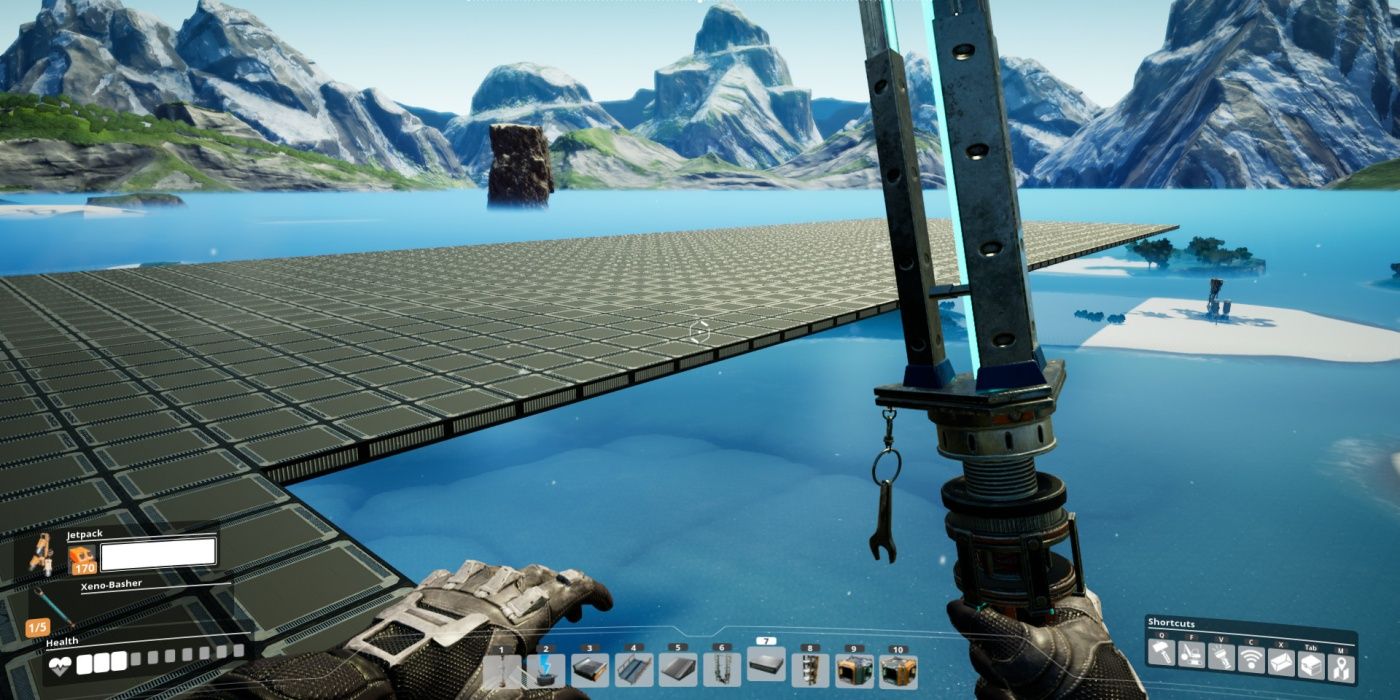 Efficient space management is one of the cornerstones of the game. Even though Satisfactory’s map is absolutely massive and filled with all sorts of exotic locations, it’s still incredibly easy to run out of building space.

So if you’re planning on trying out the Particle Accelerators then you’re going to need to plan ahead as these bad boys are big. The spiraling loops of these machines sit at a rather large 24 meters wide and 32 meters high, which means you’re going to need a lot of floor space.

7 Their Power Requirements Are Large 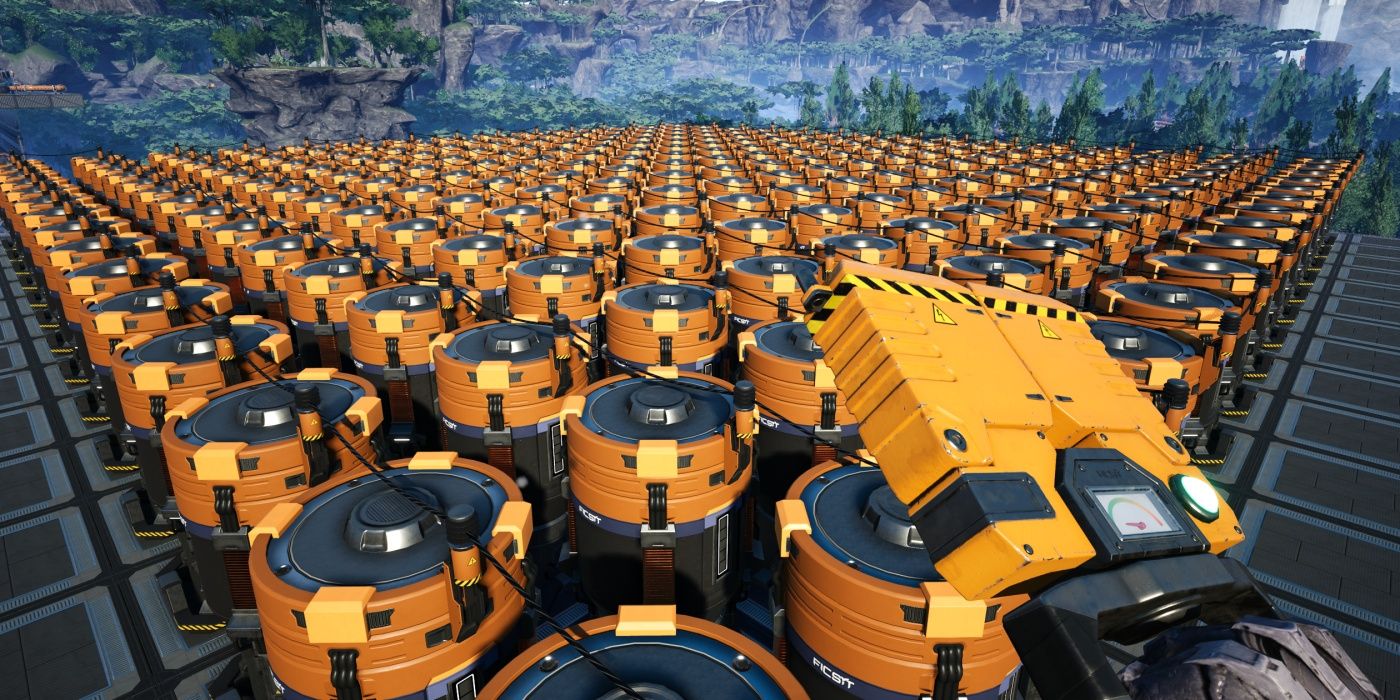 Power management in Satisfactory can be a bit of a headache at times and not tripping a circuit and plunging everything into darkness is often an exercise in frustration. Since different machines require different Wattage, with some increasing this amount as their crafting cycle progresses, rolling blackouts can become commonplace in your factory.

It’s recommended that you have a large surplus amount of power set aside if you plan on using this equipment. Each Accelerator placed requires a baseline power consumption of around 250 to 500 MW depending on the material, with the peak drain capping out between 750 to 1000 MW. So back up that grid with extra power storage before plugging one of these in.

6 The Crafting Recipe Is Intense 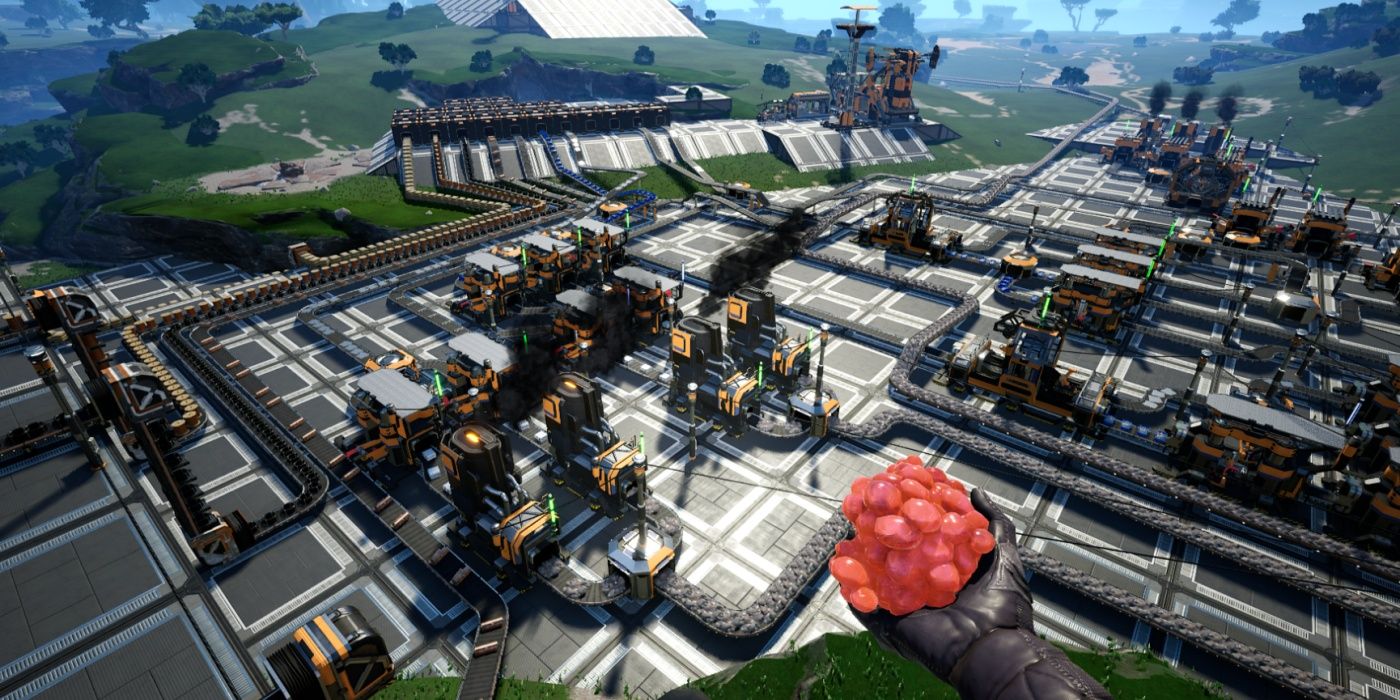 Most of the lower tier machinery in Satisfactory can be churned out pretty quickly since they’re low cost to make. But once you start getting to the higher tier equipment building they often require some pretty expensive and difficult crafting recipes that can take much longer to complete.

For example, to build a Particle Accelerator you will need 25 Radio Control Units, 100 Electromagnetic Control Rods, 10 Supercomputers, 50 Cooling Systems, 20 Fused Modular Frames, and 10 Turbo Motors. So it’s going to take you quite a while to just make one of them let alone a field of Accelerators.

5 There Are Zero Waste Products 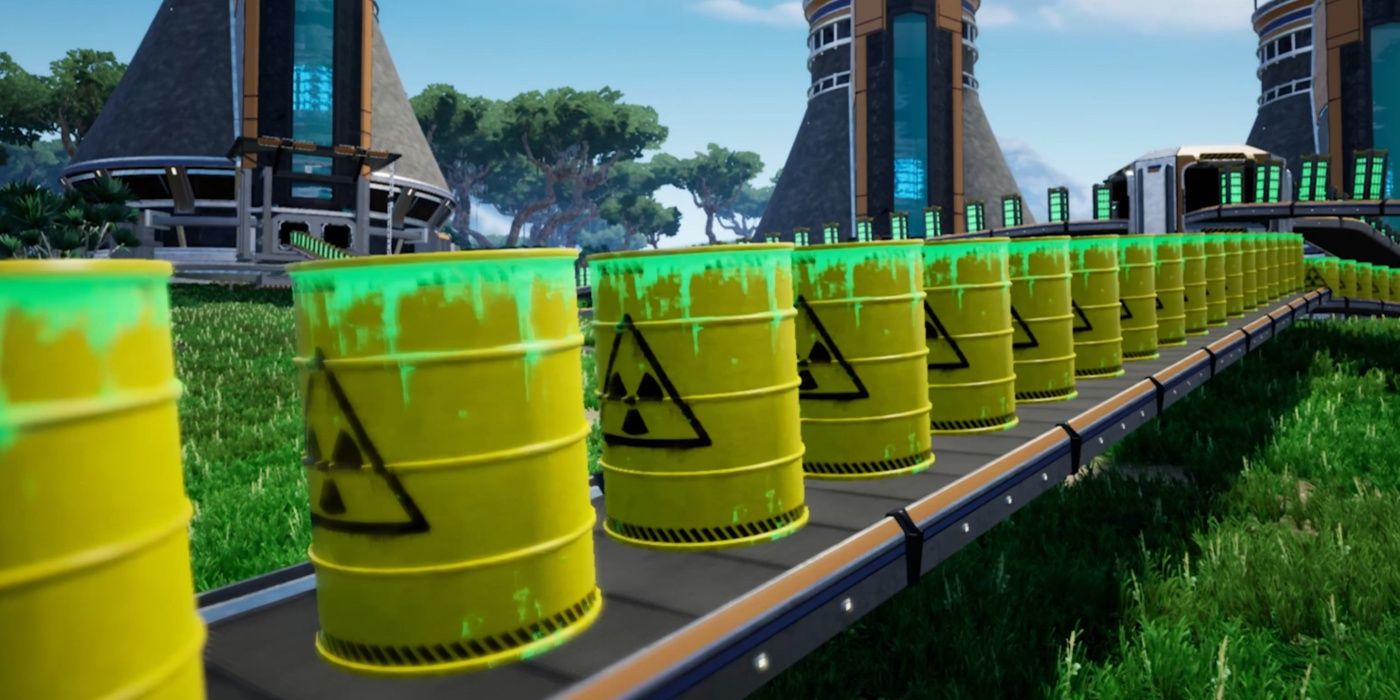 Waste management is not as big of an issue at the lower tiers, but once your technology improves getting rid of the Waste Products some machines produce can be quite the logistical nightmare. Nuclear and Plutonium Waste as an example are the most difficult to dispose of thanks to their high radioactivity.

But thankfully Particle Accelerators have no waste as instead they’re used to craft high-level equipment or reprocess radioactive barrels full of gunk into harmless or more useful items. So you can leave this machine running without having to deal with any nasty side effects.

4 Be Careful With Overclocking 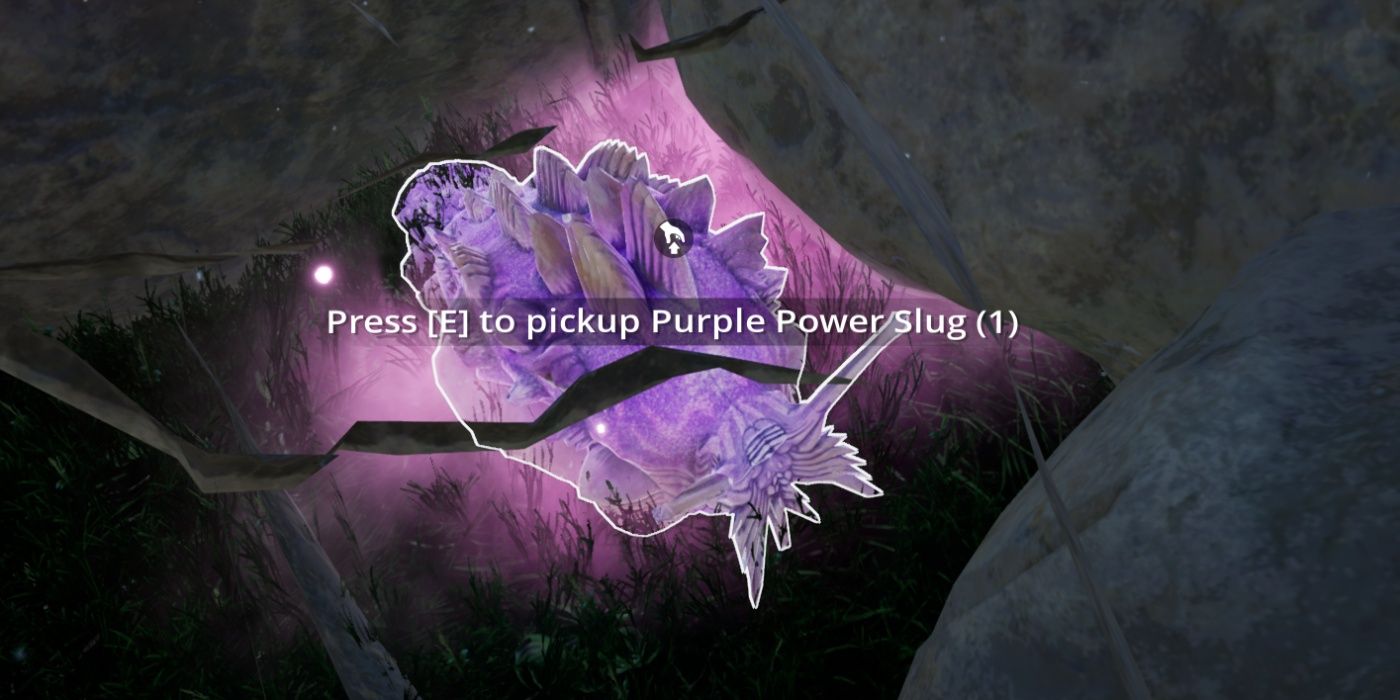 Everything takes time in Satisfactory and there are no quick solutions to anything. But you can speed up things a little by sticking in overclockers. These nifty little items are made from Power Slugs and allow your machines to run faster so you can get your items quicker.

Particle Accelerators already take quite a while to process their items, so sticking in an Overclocker is understandable. Although it’s not recommended as doing so will drastically increase its power consumption and unless you have a strong grid in place to counter this, you’re going to probably trip a circuit constantly.

3 You Can’t Build Through The Ring 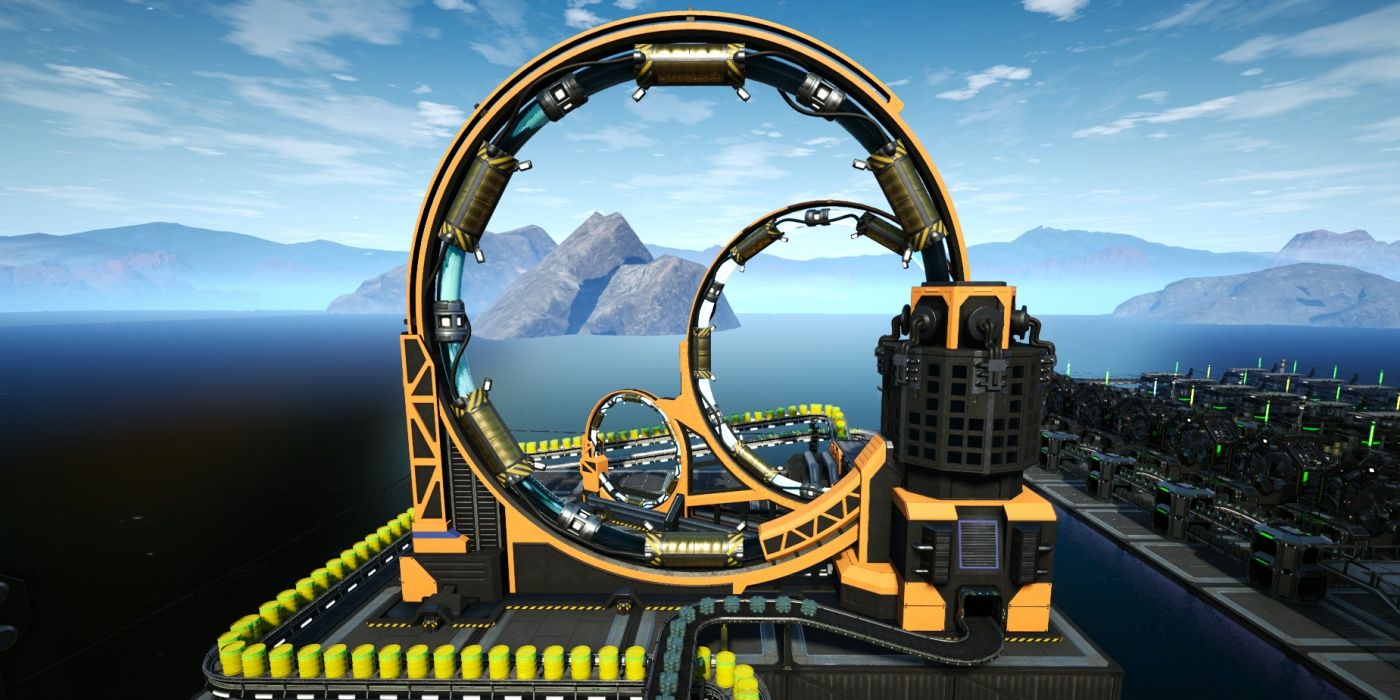 Building placement in Satisfactory can be a thing of beauty or pain in the neck depending on the model size of the machine being put down. Often you can get around this by clipping conveyor belts or pipes through empty spots in the objects hitbox, but unfortunately, the Particle Accelerators don’t allow for this.

Even though it’s got a massive empty ring inside it, you can’t build through that gap. The game counts its entire space as one big unmovable square, so any belts, cabling, or pipes that are in the way will need to be moved. Although, for some odd reason Railway Lines aren’t affected by this and can clip through it easily.

2 Its Crafting Cycle Is Quite Long 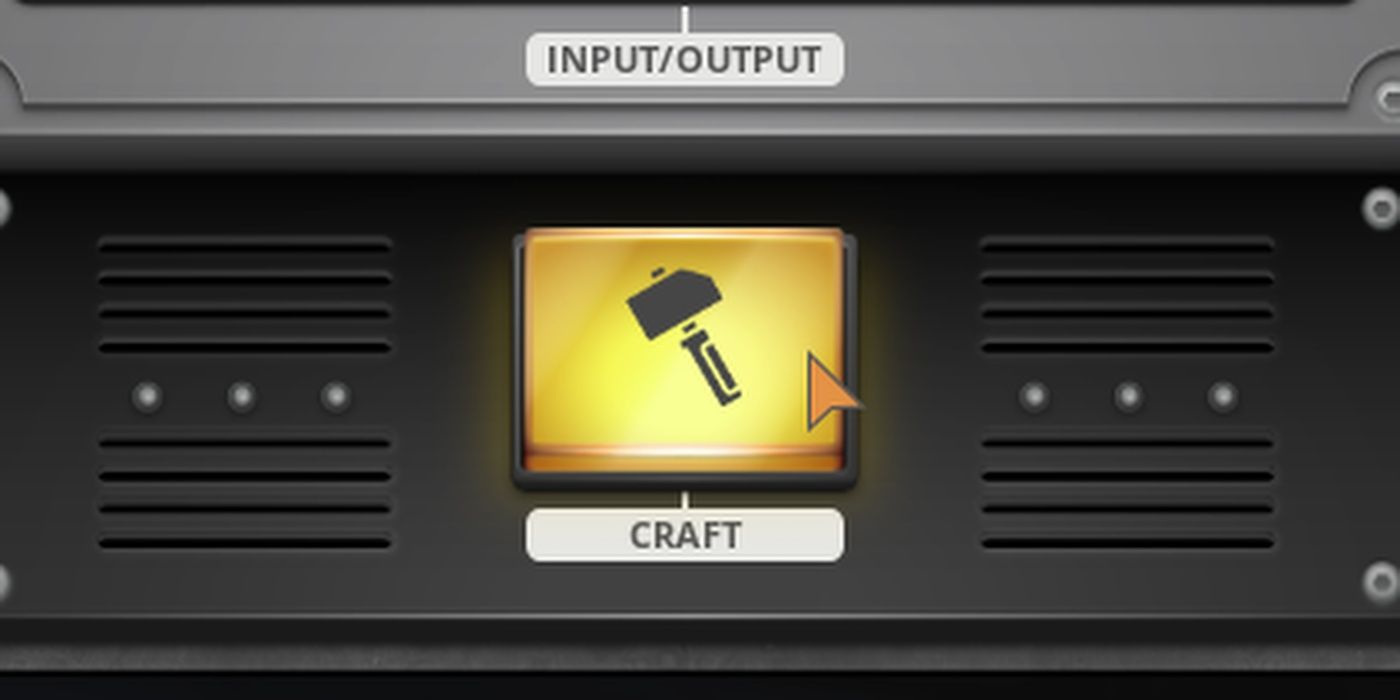 The crafting cycle of machines in Satisfactory can vary wildly, with some processing recipes in seconds whilst others take a minute or two. Particle Accelerators are unfortunately in the second camp.

Currently to complete a full cycle you can expect around 60 seconds for Plutonium Pellets and 120 seconds for Plutonium Cells and Nuclear Pasta. This is because the machine runs its animation in cycles as it spins particles around its massive loops, just like a real Accelerator. So expect a bit of a wait for a return on any products you want to churn out. 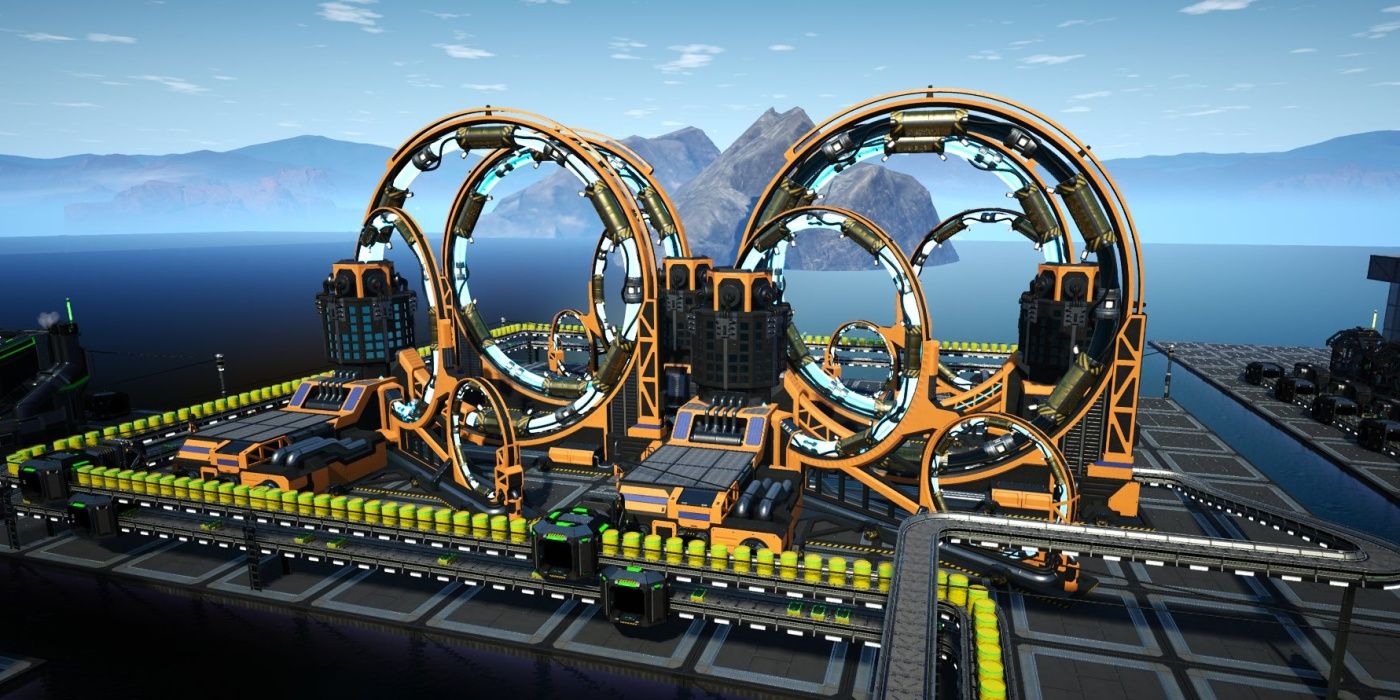 Despite the intensive requirements to get one of these up and running it’s highly recommended that you install at least two of these machines. Having a second Particle Accelerator around allows you to choose between doubling your current item output or expand into another crafting recipe in its list.

Although having another one around will cause your power output to spike, if you underclock both of them to 50% this will reduce your power consumption by around 30%, allowing you to run them both at the same time or at different intervals if you prefer.