Another season of Sea Of Thieves has launched and with it comes another new activity for you and your crew to sail to. Much like the Skeleton Forts that are scattered across the world, there are now Sea Forts that you can tackle that are full of treasure and violent, sword-slashing, trigger-happy phantoms.

So, what's the deal with these Sea Forts? How do you clear them out and get all of the treasure that's stashed away inside their various nooks and crannies? Well, we're going to tell you everything that we know about Sea Forts so you can maximize your haul of ghostly gold.

How To Complete A Sea Fort Encounter 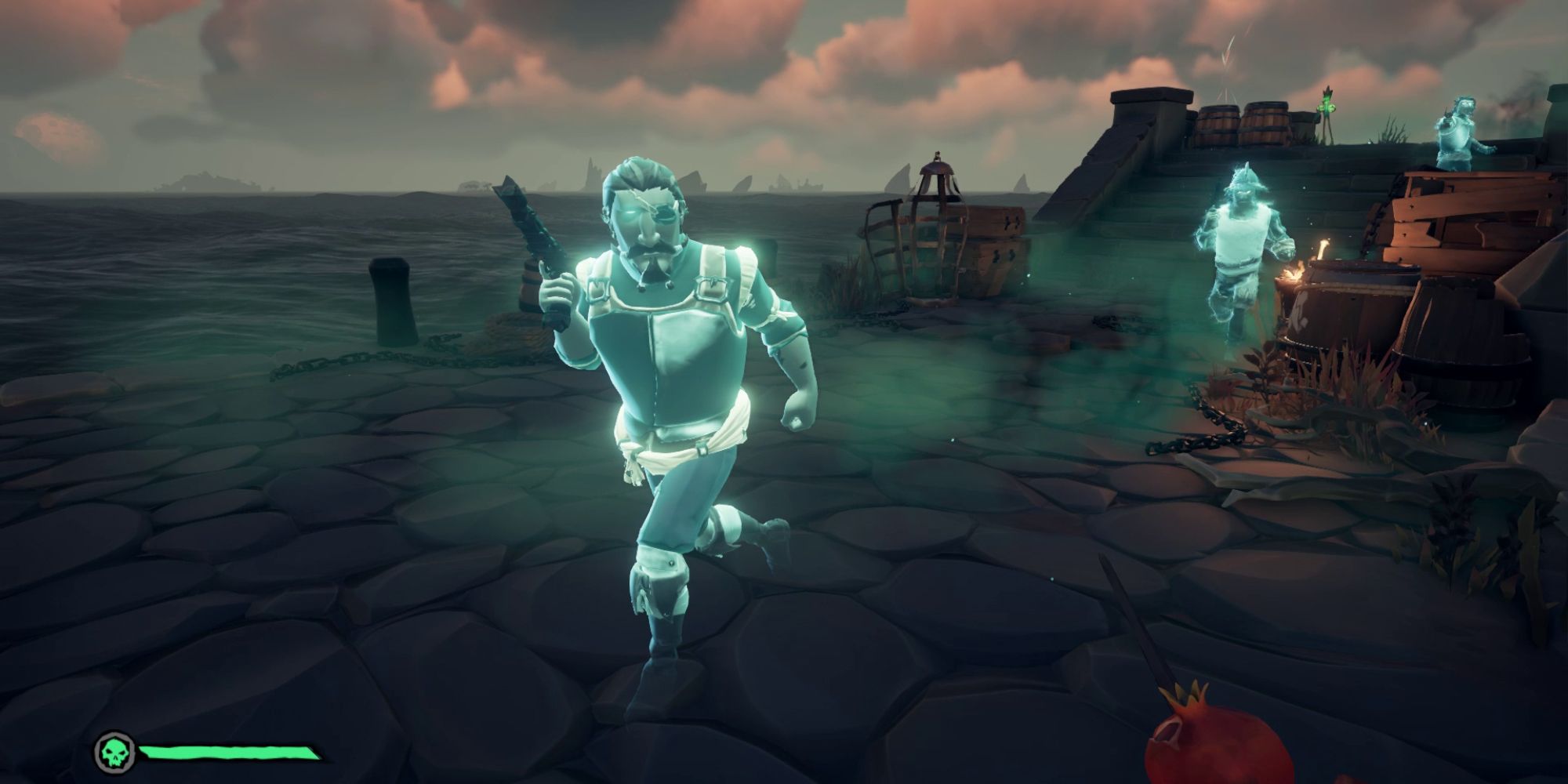 As of right now, there are currently 6 Sea Forts with the Ancient Isles, Shores Of Plenty, and Wilds regions of the map each containing 2 apiece. This is the full list of them so far:

The key difference between Sea Forts and Skeleton Forts is that Sea Forts don't require a world event to be active. When you sail to a Sea Fort, it will always be full of enemies to fight and treasure to loot unless another crew gets to it first.

When you arrive at a Sea Fort, you'll immediately be shot at by multiple cannons. Their aim is usually pretty terrible, but be ready to repair your ship's hull and bail out some water just in case. Once you get onto the fort you'll be attacked by mobs of phantoms. Shooting them with a Blunderbuss or slashing them with your sword are effective ways of dealing with them. There's a good chance that they'll drop ammo pouches when they're defeated, so you shouldn't have difficulty keeping your guns loaded.

You'll have to fight multiple waves of phantoms before the Captain Of The Fortress – which is the Sea Fort boss – will show up. From what we can tell, there doesn't seem to be much difference between a regular phantom and the Captain other than it has more health and is slightly stronger. Continue to blast it with guns or wail on it with your sword, and you should eventually beat it and hear the triumphant music indicating that you've captured the fort.

What To Do With A Sea Fort 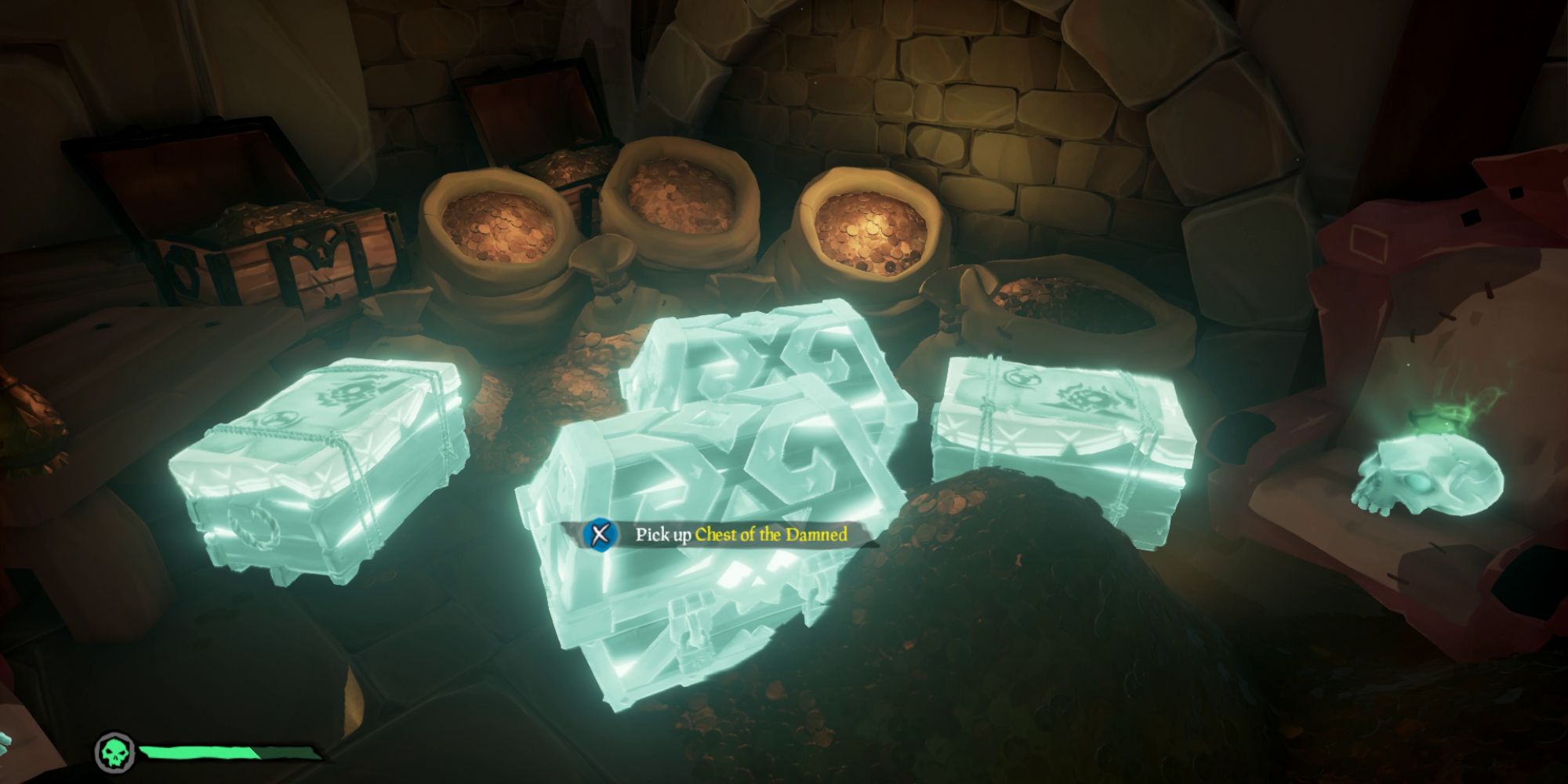 Upon defeat, the Captain Of The Fortress should drop the Fortress Treasury Key that you can use to open the treasury full of phantom treasures. Inside you should find multiple Chests Of The Damned, Skulls Of The Damned, and Ashes Of The Damned that can be sold to their corresponding trading companies. There will also be various regular chests, skulls, crates, and artifacts along with piles of gold that you can pick up.

In addition to the treasury, the top floor of these Sea Forts will have a store room with extra treasures that can only be opened if you have the Fortress Store Room Key. To find this, you need to rummage through the fort and locate it. There will be many cupboards, storage chests, and other hidden compartments that you can open that may contain stashed away treasures or gold pouches. The Store Room Key will either be in one of these or will be laying on a table. Once we even found it just sitting on the ground. Each Sea Fort will typically have a Store Room Key hidden somewhere, so find it and open up the storeroom for even more loot.

You'll also notice a prison cell near the treasury that's currently locked. It'll tell you that it requires the Prison Cell Key to open, but as of right now we've been unable to find that particular key at any of the Sea Forts. Sea Of Thieves is due to have a pirate legend voyage added in sometime later this season, so we're assuming that that voyage may be related to these jail cells. For now, there doesn't seem to be a way to get inside.

After you've cleared all of the phantoms and looted all of the treasure, Sea Forts can be used as a makeshift base for your crew. Here you can cook multiple pieces of meat on the grill, refill your tankards with grog, fire at other ships using the fort's cannons, sleep in one of the beds, and use the map that's located on the wall. There are also several barrels that are filled to the brim with food, cannonballs, and wood. It's a good idea to have a storage crate handy, so you can fill it up with everything that the Sea Fort has to offer.

Related posts:
03/13/2022 News Comments Off on Sea Of Thieves: How To Complete A Sea Fort
Hot News
It’s Time For Oblivion’s Shivering Isles To Make A Comeback
MultiVersus Dataminers Have Gained Access To A New Original Character
Why 5G and the edge could be the keys to the metaverse
lisinopril 5mg half life
Would Better Call Saul Be Even Better If It Wasn’t A Prequel?
Recent Posts