If you can, and you’ve got a good enough computer to handle it, then you can experience Cyberpunk 2077 the way it was meant to be played: with ray tracing turned on to imitate real-life lighting conditions. And Digital Foundry’s latest video showcases just how huge a difference ray tracing makes. 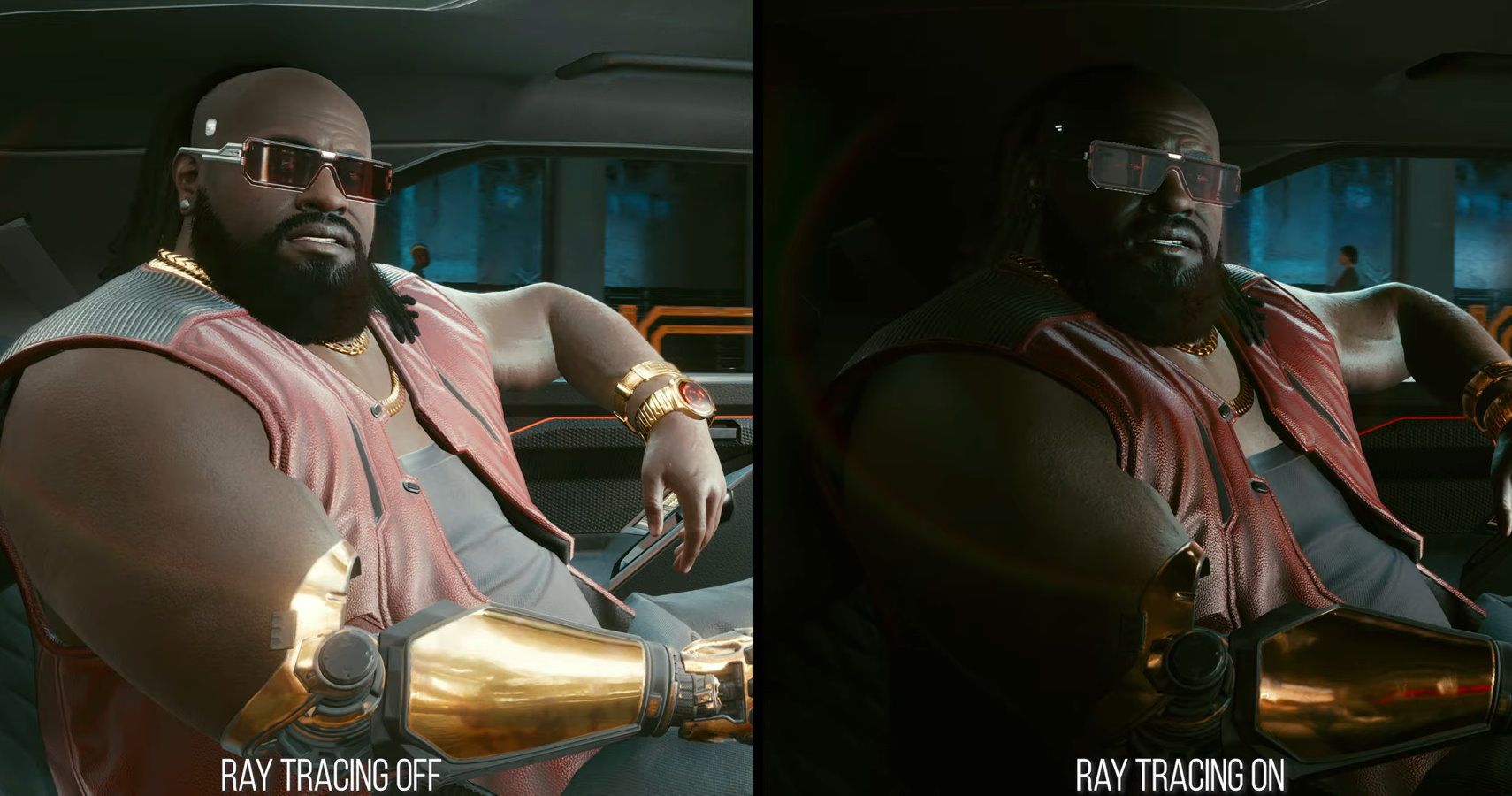 Much of the 20-minute video is showcasing the difference between ray-traced lighting and not. Normal rasterized light (ie. non-ray traced) looks bizarre, nonsensical, and shallow. It doesn’t cast the right shadows, offer the right reflections, and sometimes turns glowing neon lights into single points of pink and blue.

But with ray tracing on, Night City comes alive with dynamic shadows, soft lights, and reflective metal surfaces that offer up a unique glow for whatever is shining down upon it.

The biggest difference came while underneath or inside an object in bright lighting conditions, like inside a car. Without ray tracing, Dex looks like he’s being lit up by some unseen spotlight, but with ray tracing on the scene looks real, with the side facing the window receiving more light and thus offering more detail.

Even with an RTX 3090, Digital Foundry struggled to get Cyberpunk 2077 above 30 fps at 4K without Nvidia’s resolution-spoofing DLSS enabled. Since both next-gen consoles are powered by AMD, they’ll AMD to create something similar to get the same performance boost.

Related posts:
12/21/2020 News Comments Off on See The Difference Ray Tracing Makes In Cyberpunk 2077 On PC
Hot News
This Guy Made A Personal Grappling Gun, Now He Can Play Assassin’s Creed In Real Life
Repair And Rebuild Giant Death Machines In Mech Mechanic Simulator
Metal Gear Solid 5: The 10 Best Side Ops (& How To Complete Them)
Skyblivion, The Oblivion Remake In Skyrim’s Engine, Shows Off Early Gameplay
Crystal Rose and Withered Rose Skins to be released on Valentine's Day
Recent Posts
This website uses cookies to improve your user experience and to provide you with advertisements that are relevant to your interests. By continuing to browse the site you are agreeing to our use of cookies.Ok