Sega intends to play big for the years to come. The company teased the creation of the so-called “Super Game” in the FPS genre in partnership with a yet unknown European studio. The mysterious project(s) should be expected no less than in 2027.

Sega revealed these long-term objectives during the financial results report for the fiscal year that ended on March 31, 2021. According to the company, the next ultimate goal is to start the development of “Super Game” in the next three to five years. Sega is planning to partner with a currently unknown European studio for the project execution. As reported by VGC, the title may be developed by Creative Assembly, which is currently hiring for “a brand new and exciting first-person shooter IP”. The studio previously worked on the first-person Alien: Isolation game, released in 2014.

Based on the financial report, “Super Game” will most likely use a live-service online model, as the company is aiming for 100 billion yen ($913 million) in lifetime sales. The new project will target the global market as opposed to the company’s domestic mobile and amusement machines.

Judging by the document, Sega is going to take advantage of its many existing IPs in one way or another as part of its new game — perhaps it has something to do with crossovers and the appearance of popular characters from the publisher’s well-known franchises. 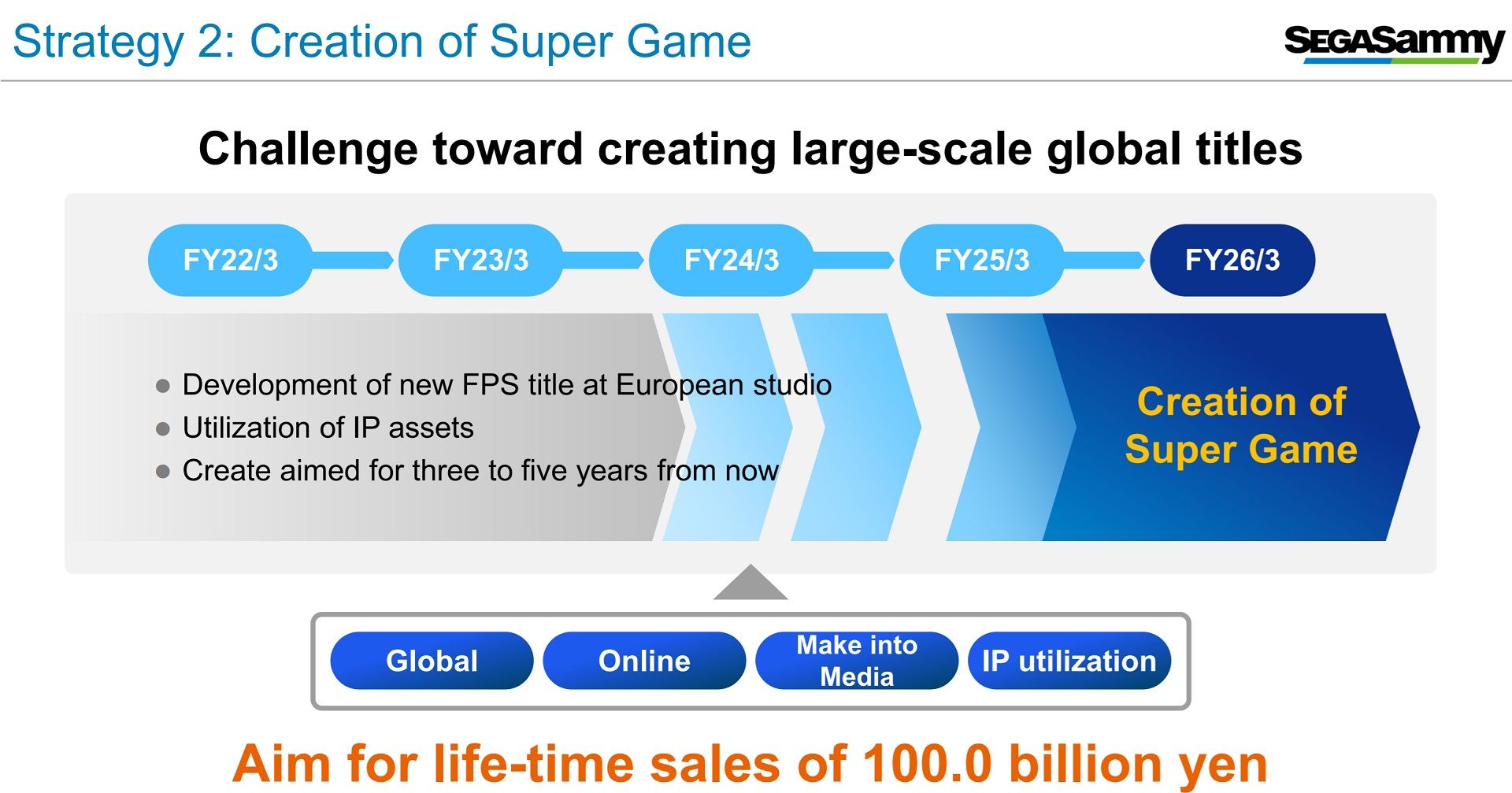 While all we can is speculate about the topic for now, it is possible that by “Super Game” title Sega means not just one game, but several projects at once, somewhat like Bungie’s Destiny, or even beyond that. The company mentioned the “creation of titles which can be expanded globally to other media.”

Overall, Sega’s Entertainment Contents business, which includes video games, shows operating income growth of 71.6% year-on-year, while net sales were down 12% year-on-year. The company intends to aggressively invest into its video game property growth, with an additional investment of up to 100 billion yen in the next five years already on the table.

It has been previously announced that Sega is confirmed to be attending E3 along with Square Enix and Bandai Namco this year, though we likely won’t hear anything of “Super Game” then.