Shin Megami Tensei 5 started strong with Hydra – a titanic demon that easily dwarfed buildings. The game dials it back more than a tad for its second boss encounter – Eligor – but don’t let his comparatively diminutive fool you.

Like with Hydra, Eligor is more than capable of taking your party down if you go in without some preparation (maybe a bit of luck). Making this fight harder, however, are the mates Eligor will bring with him to the brawl. 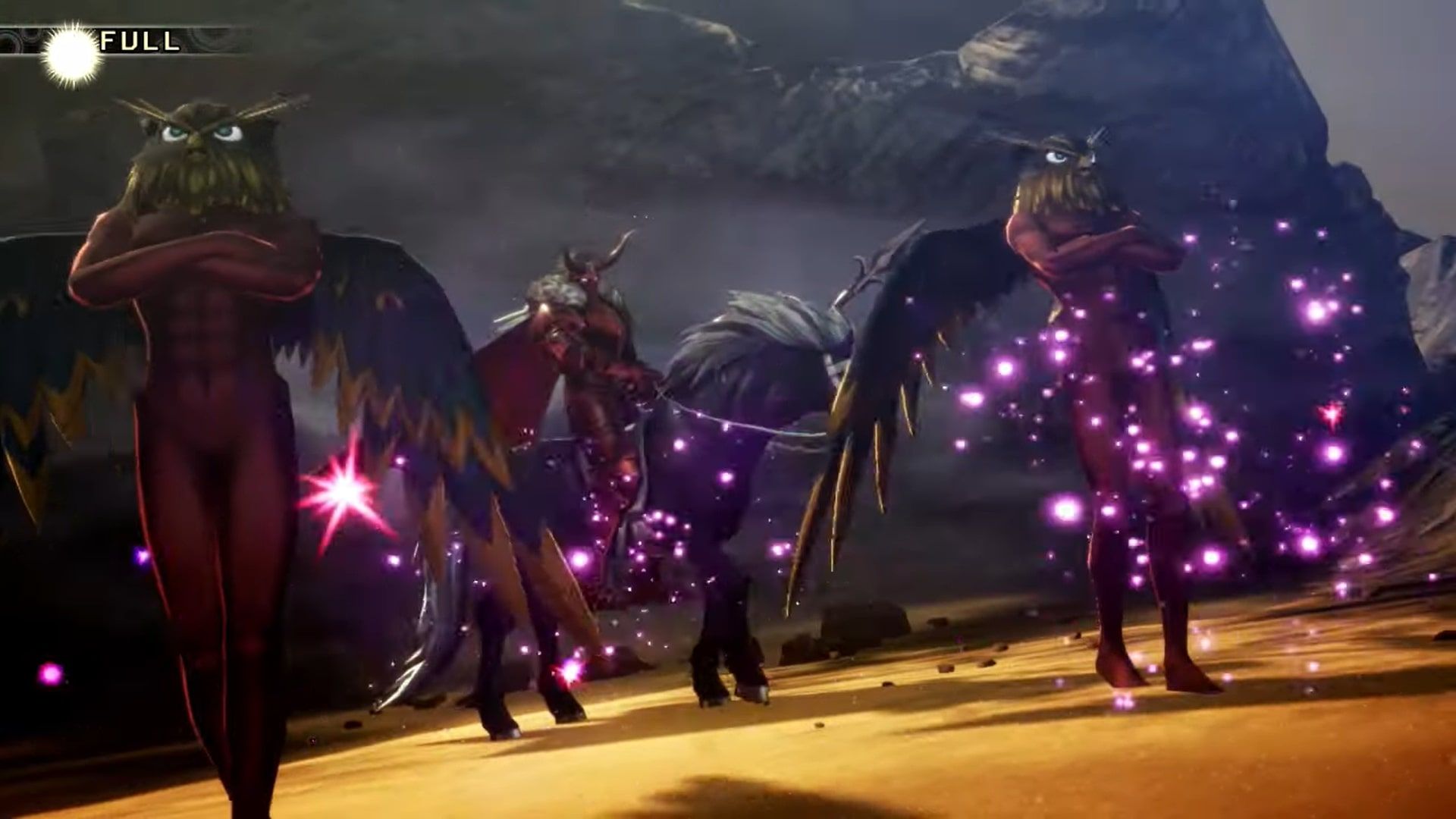 Eligor is all about the Physical beatdown. He comes with a respectable Physical Potential, and nothing else. Interestingly enough, Eligor has negative potentials in Fire, yet his moveset is not completely devoid of the element – so bear that in mind.

What Eligor lacks in moves, he makes up for in potential damage and turn manipulation. Gram Slice is the only Skill Eligor has access to, and it can be quite a pain to deal with. The main threat here is its Critical chance, which will result in a bonus turn for Eligor and his cohort.

Outside of this, Eligor also has access to Maragi. This move is only used after Eligor has gathered Magatsuhi, which means it can be countered quite easily. Because this is the only Fire attack Eligor has access to, you won’t need to build around this element at all.

Whilst not Eligor, his two companions, Andras, have access to the relatively powerful Zanma. Because this attack is not locked to Magatsuhi turns, you may want to bring demons who are at least resistant to Force.

Eligor is completely immune to Fire and will resist Dark. This leaves one reliable avenue for attack – Electric. Thankfully, Andras is also weak to Electric, making attacks like Zio even more valuable. A big thing to consider is Andras's additional weakness to Light – and therefore, instakill.

Because Eligor is not resistant to Physical (or any other elements), you could also push those attacks through – just be aware you won’t be generating bonus turns. 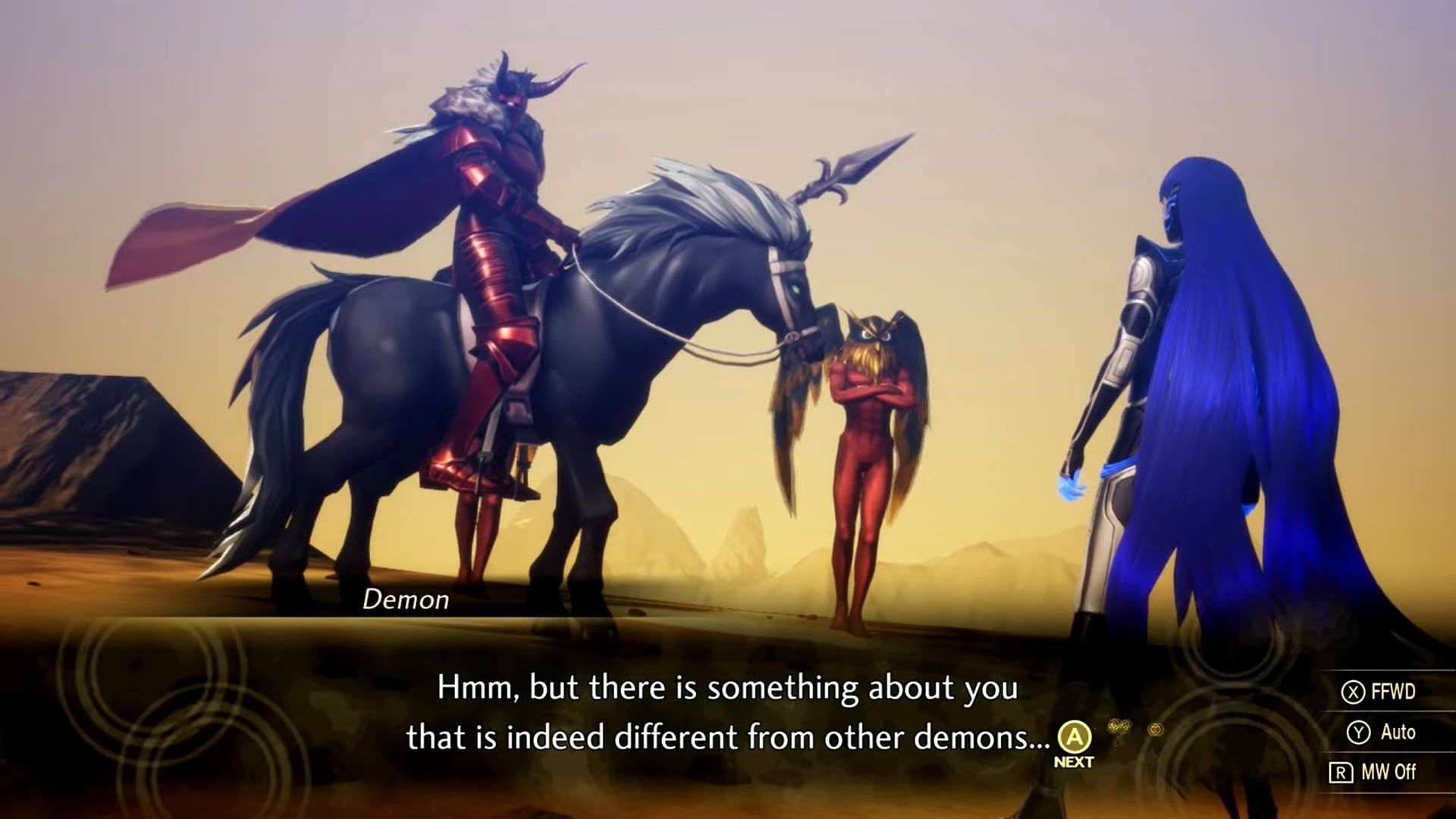 Because Eligor and co. are weak to Electric, you want to push demons with high magic stats, and Potentials in that element. You are free to ignore Fire resistance, but be aware that Force resistance could be handy if you don’t have the damage output required to quickly down Andras.

When it comes to powerhouse demons for this fight, few compare to Fortuna. Fortuna is rocking fantastic stats, complete immunity to Force, and a moveset that can devastate the opposition.

Her biggest draw is her innate access to Hama, however. Fortuna has an OK chance to instantly kill an Andras she targets with this skill. If this happens, this fight is significantly easier. If it doesn’t land the OTK, she will still deal substantial damage.

Once the Andras are dealt with, Fortuna can leverage her substantial Force Potentials to deal non-weak damage to Eligor. This isn’t ideal, but if you aren’t looking to fuse a bunch of new demons, she can do the trick here.

Topping her kit off is Dia. Since no demon in this scrap will be dealing AOE damage, having the ability to quickly heal can be invaluable.

Another phenomenal demon for this fight – and a generally amazing demon for Shin Megami Tensei 5’s early game. Angel comes with decent stats, amazing Potentials, and a kit that can end this fight before it starts – and more.

Like with Fortuna, Angel has access to Hama. Unlike Fortuna, Angel is much more proficient when it comes to using that element. Providing you have had Angel in your party for a while to keep her leveled up, she can easily out-damage Fortuna.

More importantly, having a second cast Hama increases your odds of landing an Instakill on Andras, which can quickly turn the tide of the battle. Best case scenario – both Andras die turn one.

Finally, Angel has a unique skill – Humble Blessing. Humble Blessing is why Angel is so darn effective in the early game as it is a full-party heal. The value of this skill cannot be overstated.

Agathion is one of the better Electric demons you can bring to this fight. It has the right stats and Potentials, it isn’t weak to anything of note, and it comes with Zio as standard.

Agathion is a great substitute for Fortuna if you are unable to Fuse her, and is generally a great swap once you have taken down both Andras.

Agathion even has access to Dia for some healing in a pinch – which is a nice touch.

Pixie is a decent demon, although one held back by her low level. Her main draw is her access to Zio, and her decent Magic stat. She’s also resistant to Force, which will keep her alive if Andras survives more than a single turn.

What holds Pixie back – even when leveled up – is her lack of Potentials which limits how much damage she can do. On the plus side, she does still generate bonus turns when using Zio, so she is far from useless.

If Nahobino is level 18, you can consider High Pixie – a Special Fusion. High Pixie is Pixie – only better in every conceivable way. 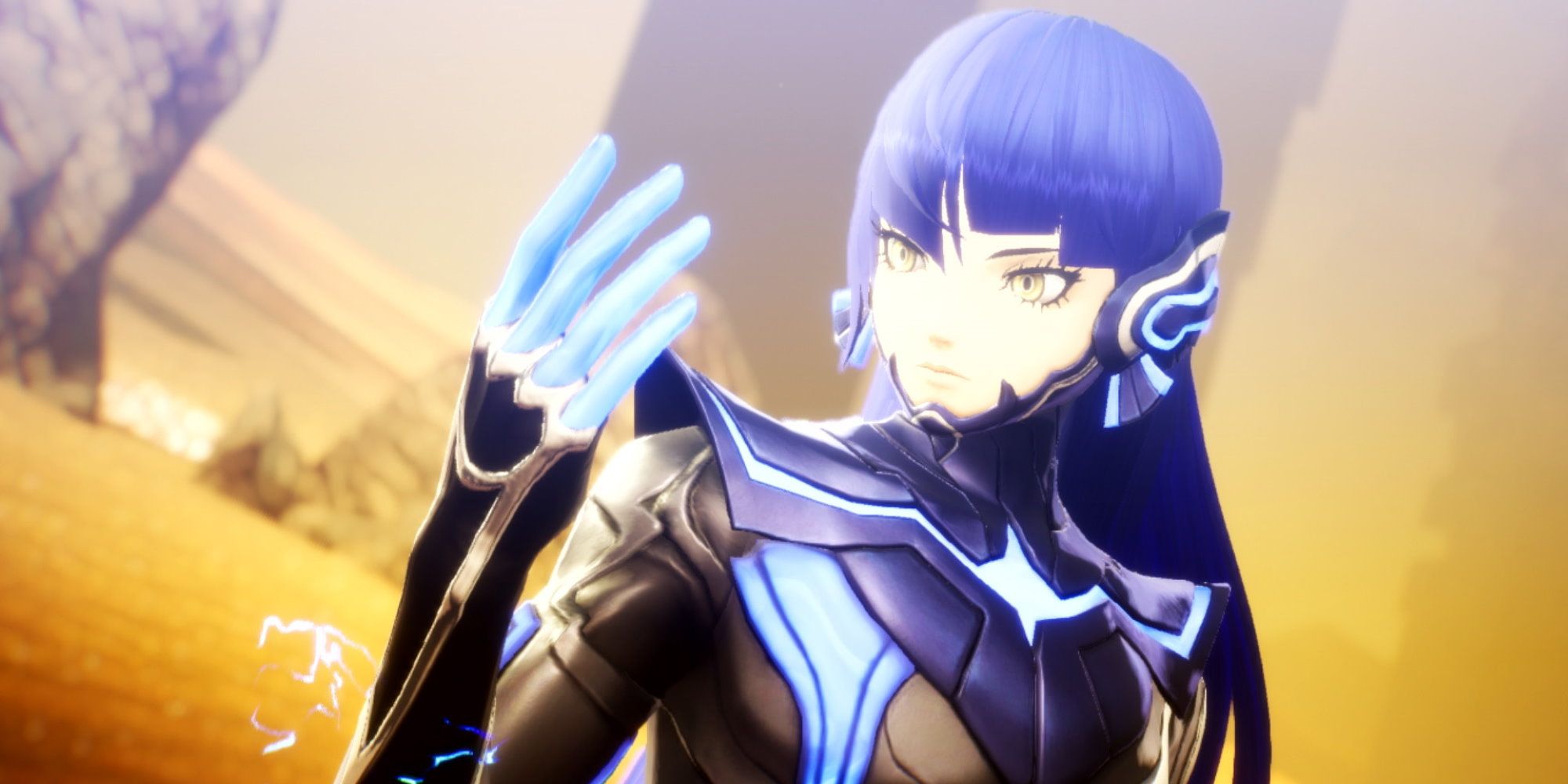 In this fight, you don’t need to do anything special with Nahobino. Providing your team is well-adjusted, the real threat – Andras – will be long dead before they get a chance to strike. That being said, if you are concerned, bring some Force resistance.

When it comes to attacks, you will want to focus on smacking your foes with your best Physical attack, or your strongest Electric attack, depending on the build.

Fire Dampers are a must for this fight. Once Eligor starts to gather Magatsuhi, drop a Damper, and you will effectively get a free turn to retaliate.

Because this is a multi-fight, you want to even the odds ASAP. The best way to do this is to go in with a maxed Magatsuhi gauge. Use Omagatoki: Critical and lay into Eligor’s friends. You should have enough damage to kill them in a single turn if you brought the right tools. 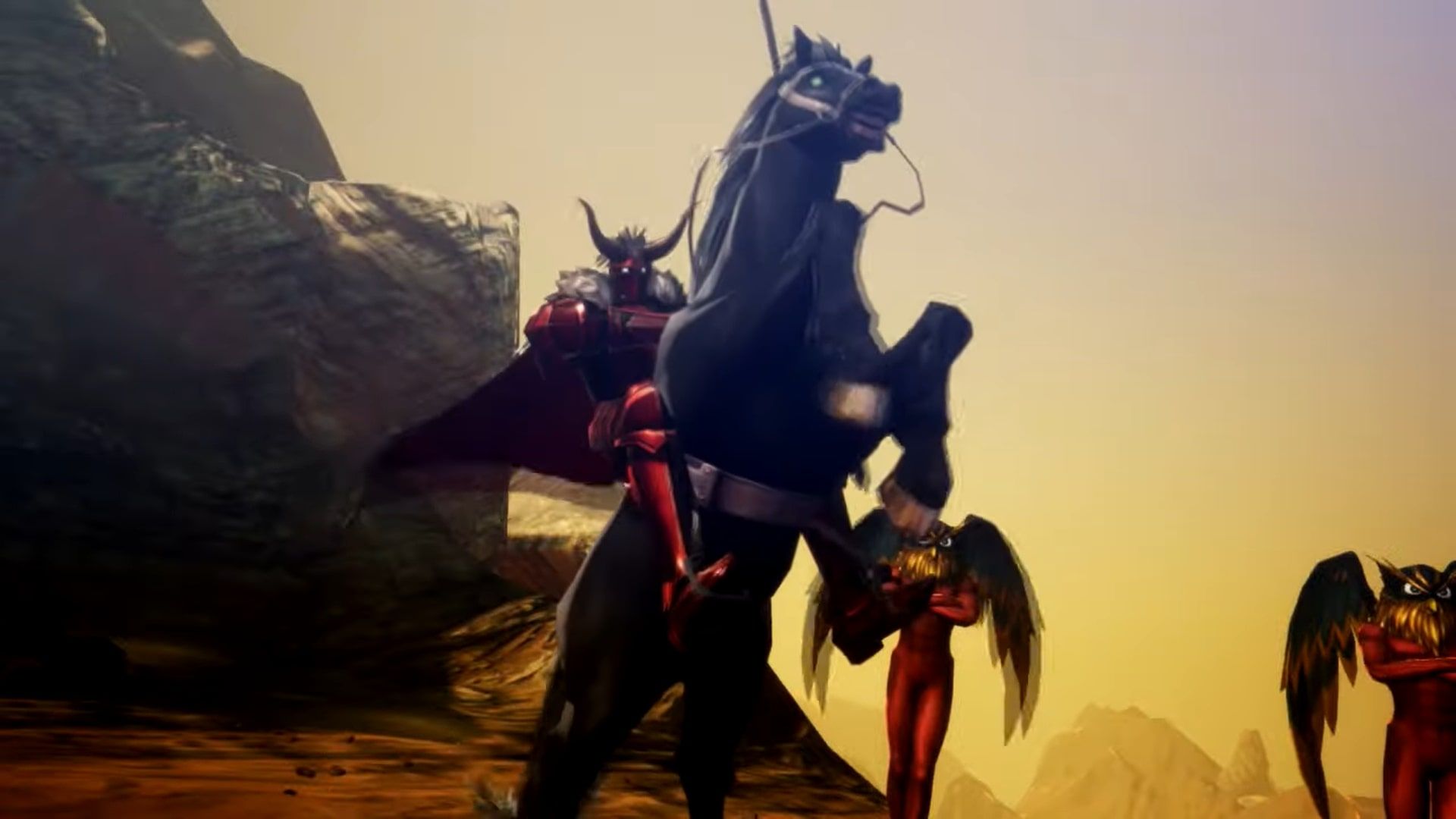 Eligor is a bit of a pain, but nothing a bit of preparation can’t handle. Turn one, you want to burn your Magatsuhi to take out both Andras. After that, Eligor is a free kill. Make sure you are keeping Nahobino topped up at all times to ensure a double-critical from Gram Slash doesn’t end the fight immediately.

Outside of that, hit Eligor with Electric attacks, use Dampers when needed, and enjoy the win.