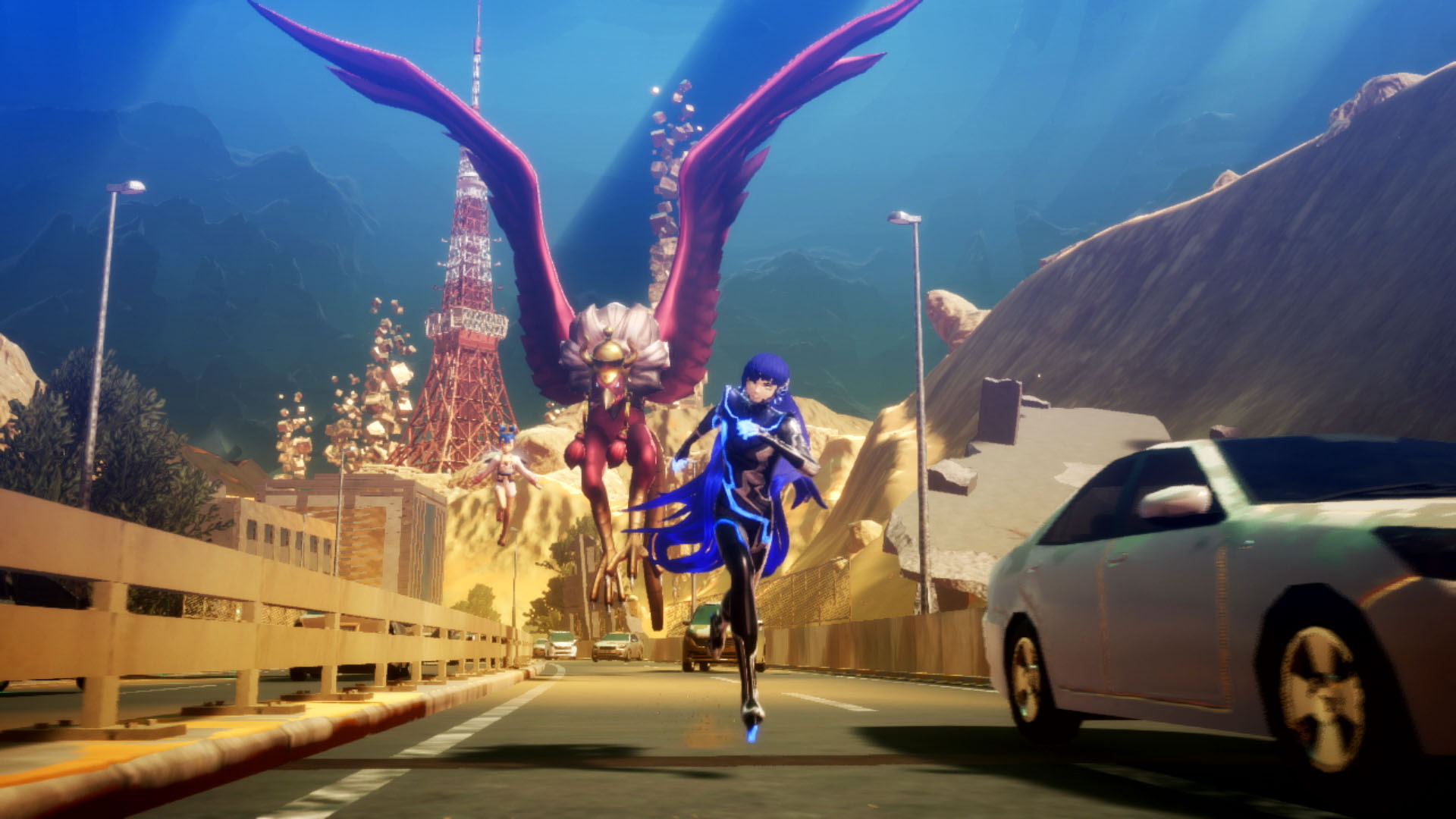 The parent series to Persona gets its first numbered sequel in almost a decade, and one of the best turn-based battle systems of recent years.

Persona may be one of the most famous Japanese role-playing series in the world but its parent franchise is still largely unknown to most Western gamers. The name certainly isn’t one that trips off the tongue (it means True Goddess Metempsychosis, if you’re wondering why they didn’t translate it into English) but, especially after Persona became so big, new entries have only ever been released intermittently.

There were 10 years separating the third and fourth entries, and now eight between the fourth and fifth, although there has been a steady stream of spin-offs as well (2009’s Strange Journey is our favourite of the modern games and a far better mainline entry than Shin Megami Tensei 4). However, none of them have come anywhere close to mainstream success in the West, and barely any more so in Japan.

On the one hand that’s surprising because the gameplay is extremely similar to Persona but the main difference between the two franchises makes the reason obvious: Persona is filled with interesting, three-dimensional characters that are fascinating to be around and Shin Megami Tensei… is not.

That doesn’t mean that Shin Megami Tensei lacks interesting storytelling though, far from it. The places the series has been willing to go in terms of its philosophical musings on religion and morality are something no other franchise, including Persona, would ever dare. And while some of the screenshots and videos may look a little goofy there’s an overriding atmosphere of doom that pervades all the games, especially this one.

Like Persona, and most other Japanese role-playing series, there’s little to no connection between any of the games, even though most of them have the same general starting point… that being the end of the world.

That’s not true for all the games but this one’s opening is very reminiscent of the recently remastered Shin Megami Tensei 3, with a very short preamble in which you play a Japanese high school student who is witness to strange murders and rumours of unseen monsters. You then suddenly find yourself as seemingly the sole survival of a supernatural apocalypse that leaves Tokyo a desert-like wilderness filled with demons.

The game’s mixture of various mythologies from around the world means these aren’t necessarily demons of pure evil. Some are simply fairies and Dragon Quest style slimes and in keeping with the rest of the franchise you can actually speak to most of them before a battle and talk them into joining your party. Previously this relied largely on luck, in terms of picking the right dialogue choice, but now things are more predictable and logical as you gauge the personality of each demon and what they’re likely to respond positively to.

Describing the plot further is difficult because while it’s complicated and weird it also all but disappears for long hours of playtime. As the game proper begins you fuse with a demonic being called Aogami and are ultimately forced to not only battle the demons but decide what sort of new world to create from the ashes of the old. The plot and characters are paper thin but the issues it raises about the nature of god and evil are genuinely interesting.

MegaTen mixes and matches aspects of many different world religions, where the demonic forces of chaos are often portrayed as valuing freedom of thought more than the overcontrolling angels and their absent god. Even though the game throws in plenty of names and concepts from real religions it never settles on one for long enough to seem sacrilegious but it’s certainly not the sort of thing you could ever imagine a Western game doing – which has always been one of the main appeals of the series.

The main frustration is that actually playing the game the game can be such a chore. The turn-based combat system is very similar to Persona but with all the fun characters and stylish presentation removed. For no good reason, it’s also incredibly difficult, while also being far more reliant on luck than most other modern games. There’s also no autosave, which means you can lose a significant amount of progress if you die unexpectedly.

Despite these severe problems the battle system is very good, with an emphasis on trying to gain extra turns by exploiting enemy weaknesses and causing critical strikes – because when it’s the demons’ turn they can wipe your whole team out in moments. There’s also a new special gauge, which enemies also use, which when full can grant powerful buffs to any member of the party. The tension is palpable as the game takes on an almost Dark Souls style tone, since you’re always keenly aware that even the lowliest enemy could wipe out your entire party if they get lucky.

As MegTen regulars would expect, demon fusion is a major part of the game, where you combine different demons in your team to create new or more powerful creatures. As with the battle system there’s a new gimmick in reverse fusions, and the chance to recall any demon from your compendium, but as welcome as they are the fusion concept is one that’s been in the franchise, and all it’s spin-offs, for decades now and the novelty ran out a long, long time ago.

One of the main draws with Shin Megami Tensei 5 is supposed to be the higher production values, since the last few mainline games were 3DS titles. The budget is clearly far lower than Persona though and while the art design is as excellent as ever the game, even the cut scenes, struggles to run properly on the Switch.

Shin Megami Tensei 5 is a flawed experience in many ways, but the central problems are the high difficulty and the basic plotting. The frustrating thing is that the combat is really very good. It may not be original but it’s one of the best turn-based systems in years.

Similarly, the concepts at the story’s core, while similar to previous entries in the series, are very interesting and certainly unique outside of the MegaTen franchise. But with no characters to care about and terrible pacing, that can see you go a dozen hours without any major new plot developments, it’s often impossible to remember what’s happening, let alone care.

If you’re in the market for an old school, hardcore Japanese role-playing game then you’ll love Shin Megami Tensei 5, but this will do nothing to raise the series’ profile amongst mainstream gamers and once again leaves its many good ideas to be witnessed only by a select few. MegaTen doesn’t need to be a Persona clone to be successful, but it does need to make more effort to drag itself into the 21st century.

In Short: The battle system is excellent but the Shin Megami Tensei series once again misses a golden opportunity to reincarnate itself, with its sparse plot and sky high difficulty.

Pros: An excellent turn-based battle system that, while not original in any way, is full of depth and nuance. Demon negotiations are less reliant on luck than usual, and the art design is excellent.

Cons: Needlessly high difficulty is frustrating and ultimately tedious. Far too little plot for such a long game, with too few memorable characters. Poor graphics performance.