During some casual Call of Duty: Warzone solo matches, Shroud chatted with his audience about making it as a streamer. The topic sparked from a viewer’s question: “What would you be doing if you weren’t a streamer?”

“I have no idea.” Shroud started laughing, “If I wasn’t a streamer, I’d probably be trying to be a streamer.” At the risk of sounding cliché, the Mixer streamer spoke at length about how he doesn’t think he would’ve ever given up on streaming – even if it meant still living with his parents through his 30s.

Of course, in typical Shroud fashion, he multi-tasked his way through multiple CoD fights while chatting calmly about the subject. 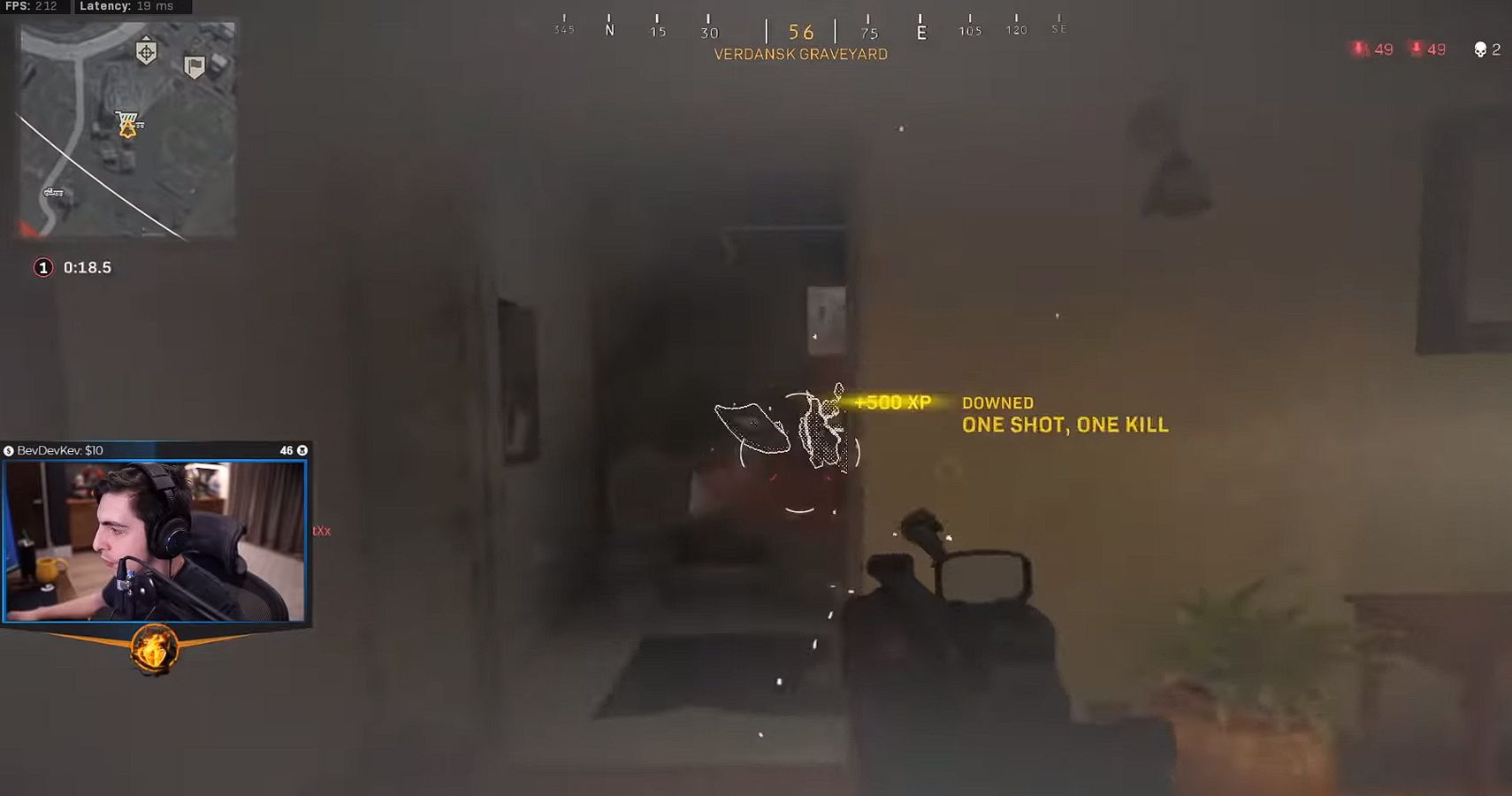 He even encouraged a fan who asked, “Do you think it’s possible to try to stream with a 9-5?” His answer was a resounding “absolutely.” Shroud claimed that most people start streaming part-time in fact, doubling down only after experiencing some degree of success first. His level-headed approach to the conversation was positive, yet honest.

He then trailed into a reflection on his own journey into streaming stardom. When asked if he thinks he earned his success, Shroud didn’t feel like “earned” was the best way to describe it. “It didn’t feel like I was earning anything. Which I think is the best way to earn something.” He described himself instead as someone who was mainly in the right place at the right time – fortunate enough to have success come to him.

Shroud even gave some bonus insight into his audio equipment, letting fans know that he started with a Blue Yeti microphone, went to an Audio-Technica USB mic, and finally settled on his Shure SM7B Vocal. He did add on that he knows nothing about his DBX 286S pre-amp, relying on a friend to configure his settings.

The streamer uploaded a highlight video on his YouTube channel, for those interesting in catching the full context of his comments.

Things have quieted down for Shroud ever since he moved to Mixer. Although less in the spotlight as he was during his Twitch heyday, he regularly outperforms Ninja during their overlaps on the platform – so he must be doing something right.