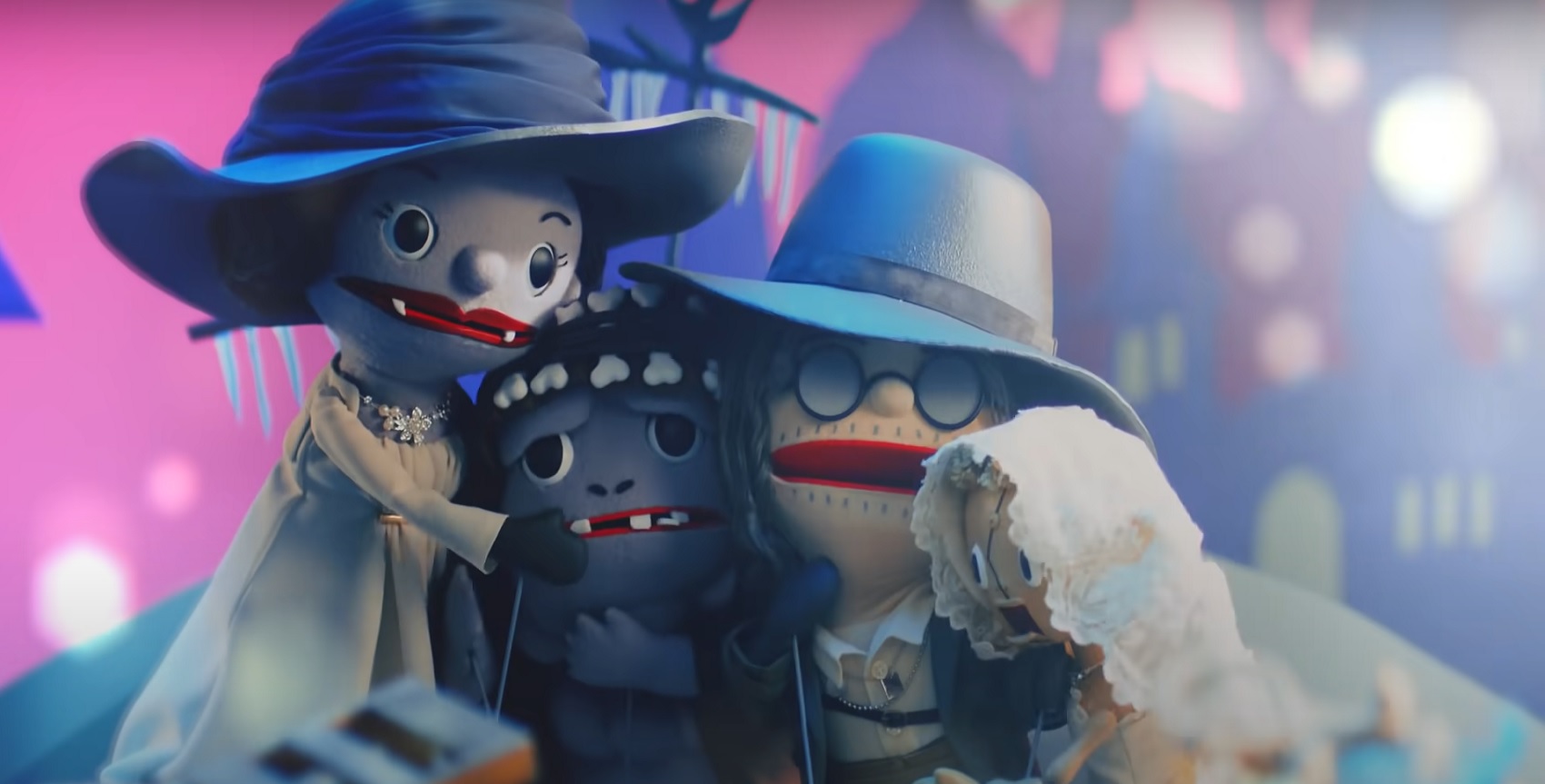 The musical puppet short to promote Resident Evil Village is far less scary than the game but just as violent and bloody.

Ever since Lady Dimitrescu captured the hearts of Resident Evil fans, and even non-fans, Capcom has doubled down on using her as a major selling point for Resident Evil Village, sharing more details about her (like her exact height) and now making a musical puppet show starring her.

Yes, you read that right. A three-minute short was posted today on YouTube that features puppet versions of Dimitrescu and the three other patriarchs, who will serve as major antagonists in the game. And it is delightfully bizarre.

It’s in Japanese and there are no English subtitles, so we have no idea what they’re saying, but it’s still oddly endearing and even manages to make these characters seem harmless and friendly. At least, at first.

While it lacks the game’s horrific atmosphere and jump scares, it’s no less bloody and violent, with red cloth and tinsel used in place of blood. At one point, the hunchbacked Moreau falls backwards onto a chainsaw, causing a torrent of fake blood to spurt out from him.

Later, Dimitrescu drinks some blood and goes into some kind of rampage, madly swinging an axe (perhaps foreshadowing how she’ll act in the game?) before losing her grip and it comically landing on and embedding itself in Heisenburg’s head.

If Capcom is smart, it’ll make these puppets official merchandise, especially the Dimitrescu one given her popularity. And although it is unlikely, it’d be neat to see them featured in-game. Maybe the short can appear as a hallucination?

Resident Evil Village will be out in only a week’s time, but you can soon try out a new demo for the game, which Capcom will make available for a week starting from tomorrow.

In other recent news, Capcom announced that its new multiplayer spin-off, Resident Evil RE:Verse, has been delayed to the summer, after it was initially advertised as releasing alongside Village.