Let’s face it, not all of the powerful and useful armor you’ll find in your Skyrim journey is fashionable. Mages have a one-up on everyone else with their colorful and flowing robes, but bulky steel armor and helmets that cover the Dragonborn’s entire face? Not the most aesthetically pleasing. In a game where so much can be customized and pursued (including marriage and a family), some of us may find it important to look our best, or at least presentable.

So what’s a great fashion accessory obtainable in Skyrim? You might be surprised to know that a legit flower crown exists in vanilla Skyrim, and it’s quite cute, though somewhat rare. We’ll show you how to obtain this crown so your Dragonborn can be the envy of all the nine holds.

What Is The Flower Crown? 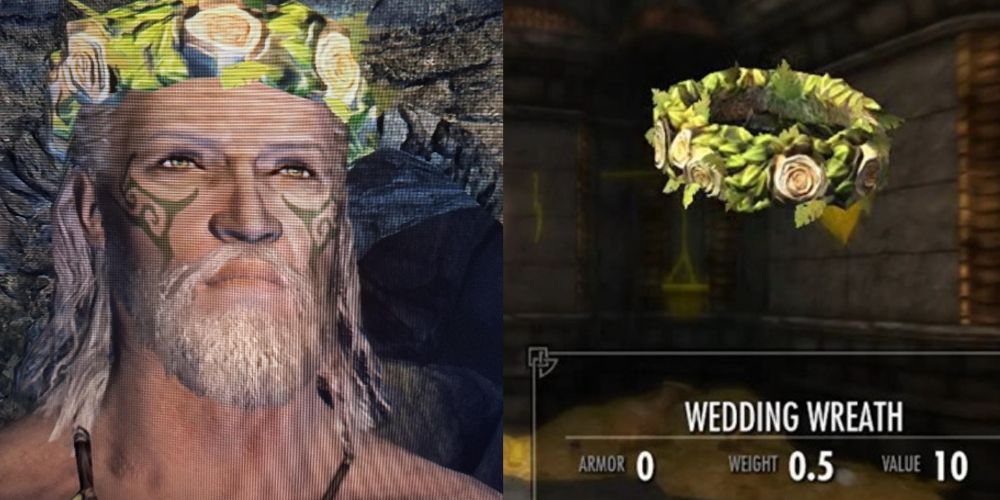 The flower crown’s official name is the Wedding Wreath, as it was originally only worn by a bride NPC. It’s extremely lightweight (probably because it’s just flowers and leaves), worth a tiny 10 gold, and offers no defensive properties when worn. What were you expecting, steel roses?

This crown should only be worn by the confident and capable since you’re sacrificing potential armor points and an enchantment boost to look stylish. The wreath cannot be enchanted, but you will look enchanting, and that’s what it’s all about, isn’t it? 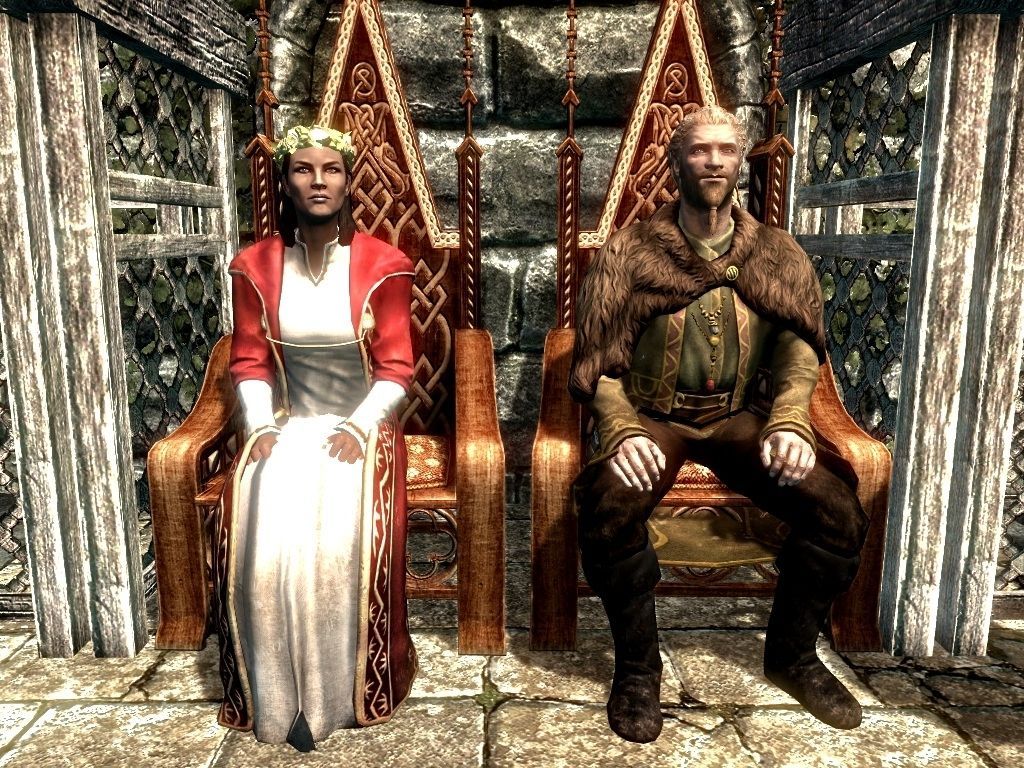 Following the Dark Brotherhood Questline was originally the only way to get yourself a Wedding Wreath until Solstheim was added to Skyrim. Players will be reasonably experienced at killing for the Dark Brotherhood by the time they unlock the “Bound by Death” quest. This has the Dragonborn hired to assassinate Vittoria Vici, an Imperial noble, during her wedding day in Solitude.

This is particularly dramatic since she is set to wed Asgeir Snow-Shod, son of a Stormcloak Soldier and member of the Snow-Shod Clan. A wedding uniting two families from warring sides is very ideal politically, so everything going wrong would create absolute chaos and further aggravate the ongoing war. Since the Dark Brotherhood quests are meant to pave the way to assassinating the Emperor of Tamriel, the murder of such a public and influential figure like Vittoria makes sense from a political standpoint.

Once Vittoria is killed by the Dragonborn (there are many ways the player can carry this out), the body can be looted to obtain the Wedding Wreath, as well as other unique items like the Wedding Dress, Wedding Sandals, and Vittoria’s Wedding Band. If you want to complete the marriage look, make sure to grab everything. If you don’t loot Vittoria right after her death, her body can be found in the Solitude Hall of the Dead for looting afterward. If you killed Asgeir too, he’ll be right next to her. 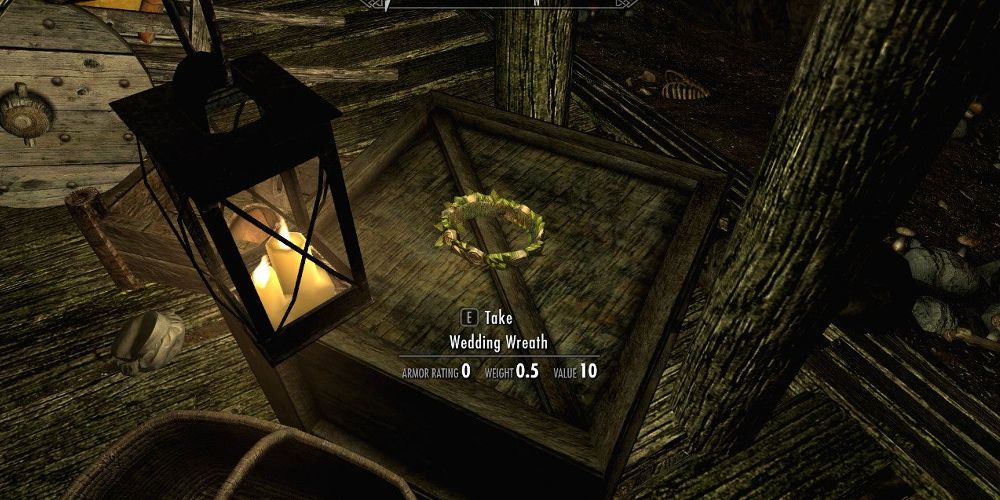 With this add-on to Skyrim, the Wedding Wreath can be obtained by players who choose to destroy the Dark Brotherhood or not pursue the questlines at all. The player must travel to Solstheim and find Highpoint Tower, a classic Imperial stone fort that’s fallen to ruin. The side quest “Old Friends” takes place here, which can be unlocked by talking to Neloth after finishing the “Briarheart Necropsy” quest.

There is a room in which Ildari Sarothril (a Dunmer Necromancer) will conjure an Ash Guardian to attack the Dragonborn. Under the wooden walkway of this room, you’ll see a box that contains not only the Wedding Wreath, but hats and valuable necklaces as well. Whoever boxed up all these fashionable items probably isn’t coming back for them, so wear it all in style.

Next: Skyrim Money-Making Guide: The Best Ways To Earn (And Save) Gold 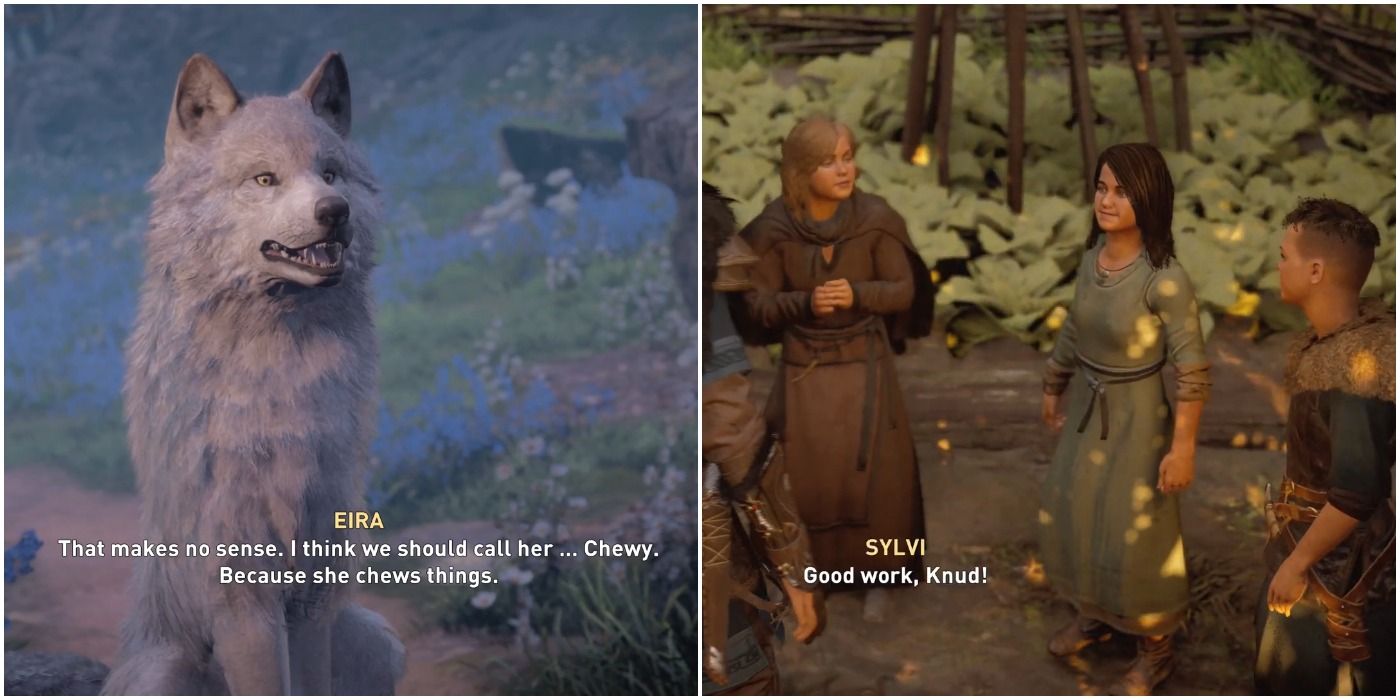 Hayley Mullen is a writer, composer and gamer from Toronto. While at school, they worked as a radio show host playing video game jams during the prime studying hours of 12-2 am. Having played over 700 hours of Pokémon Emerald, they are a true lifetime fan of the series. When not gaming, Hayley enjoys embroidery, poetry, and reading mystery novels.

Related posts:
02/14/2021 News Comments Off on Skyrim: How To Get A Flower Crown
Hot News
ovulation while on clomid
best price for exelon
evista long term side effects
Zed joins London Royal Ravens as a temporary sub for Alexx –
More Than 85% Of UK Video Games Spending Was On Digital Titles In 2020
Recent Posts