Skyrim has been around for ten years and counting. With all of the incredible mods that were released in 2021, it’s clear that the game is not slowing down at all. In fact, if the recent release of the Anniversary Edition is any indication, it’s actually getting more popular.

Whether you’re playing the main quest or one of the many side quests in Skyrim, there’s always something to do and an incredible moment waiting to be experienced. Throughout the game, there are events that both shocked and wowed players so here are some of the most memorable moments in Skyrim. This list is in no particular order. 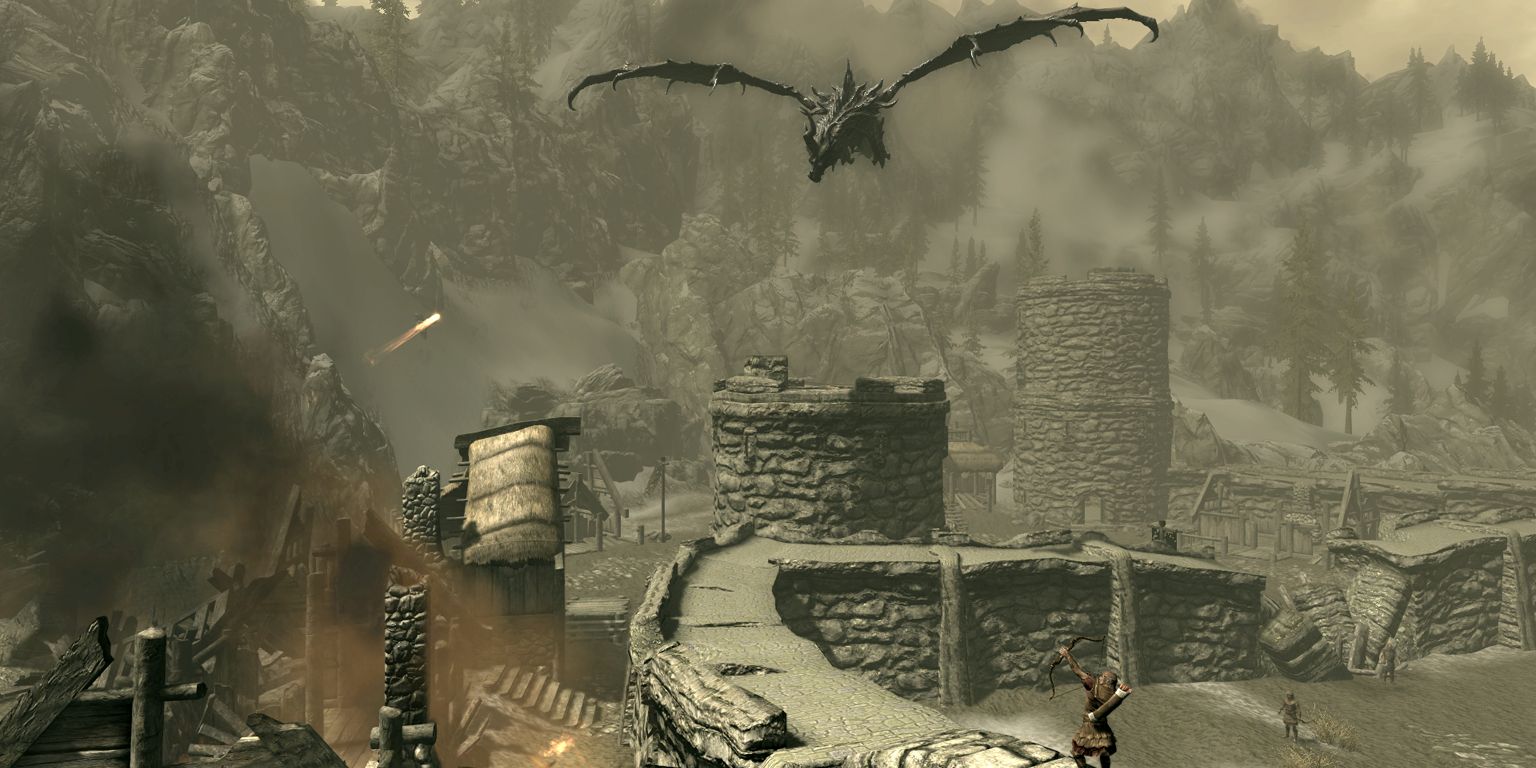 Skyrim starts with your player’s head literally on the chopping block. It takes the main antagonist Alduin showing up and burning Helgen to the ground for you to escape and begin your journey.

That feeling you get when you leave Helgen is unexplainable. Seeing the lush green trees, the tall mountains and the cobblestone path for the first time takes your breath away. The beautiful world of Skyrim is absolutely massive and may actually be a bit overwhelming at first. While there are plenty of things you should do after leaving Helgen, it's really up to you. That's the beauty of Skyrim. 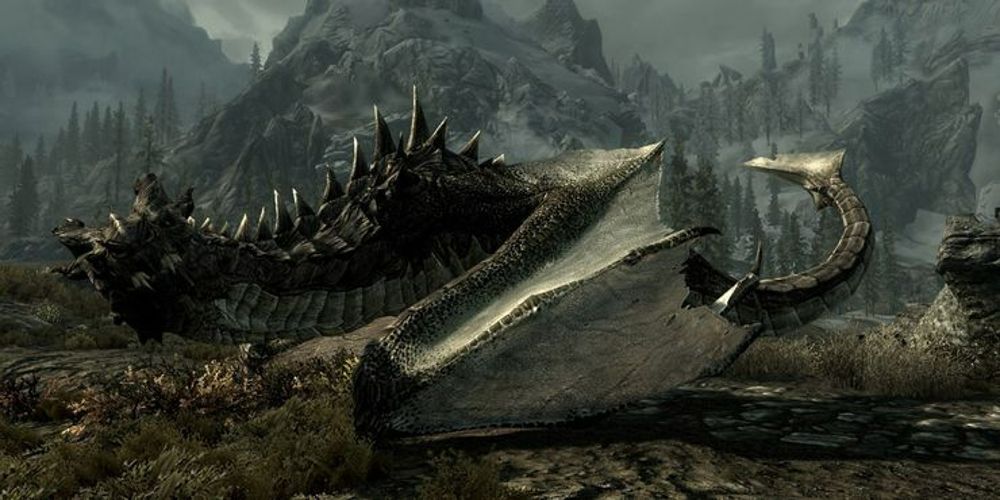 A big part of Skyrim is slaying dragons, so it’s a big deal when you defeat your first dragon in the game. As you progress through the main quest and talk to the jarl of Whiterun about the dragon sighting in Helgen, you’ll eventually begin the Dragon Rising quest.

In this quest, you’ll go to the Western Watchtower with a few guards to find the dragon Mirmulnir attacking the tower. After you take down the dragon, you’ll begin absorbing its soul to the shock of all the guards around you. It’s at this moment you learn you’re the Dragonborn. 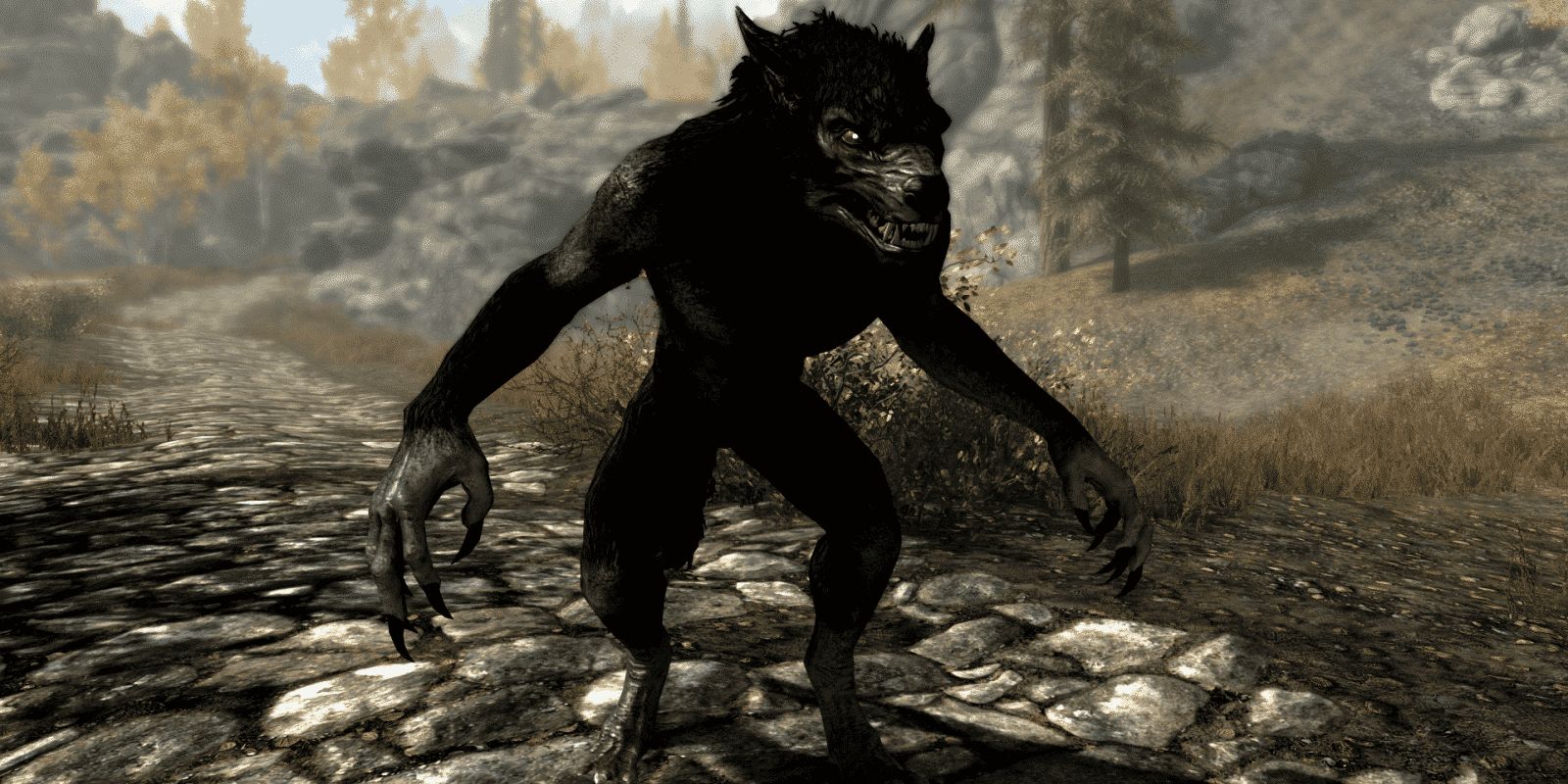 When you first meet The Companions in Whiterun, they just seem like your typical group of warriors. It’s only once you begin the quest Proving Honor that you learn these warriors have some unique abilities. When backed into a corner, Farkas transforms into a werewolf to obliterate the Silver Hand mercenaries around him.

Watching this transformation take place was one of the more surprising moments in the game, especially for players who didn’t know werewolves existed in Tamriel. It made you believe that there was nothing you couldn’t do in Skyrim. 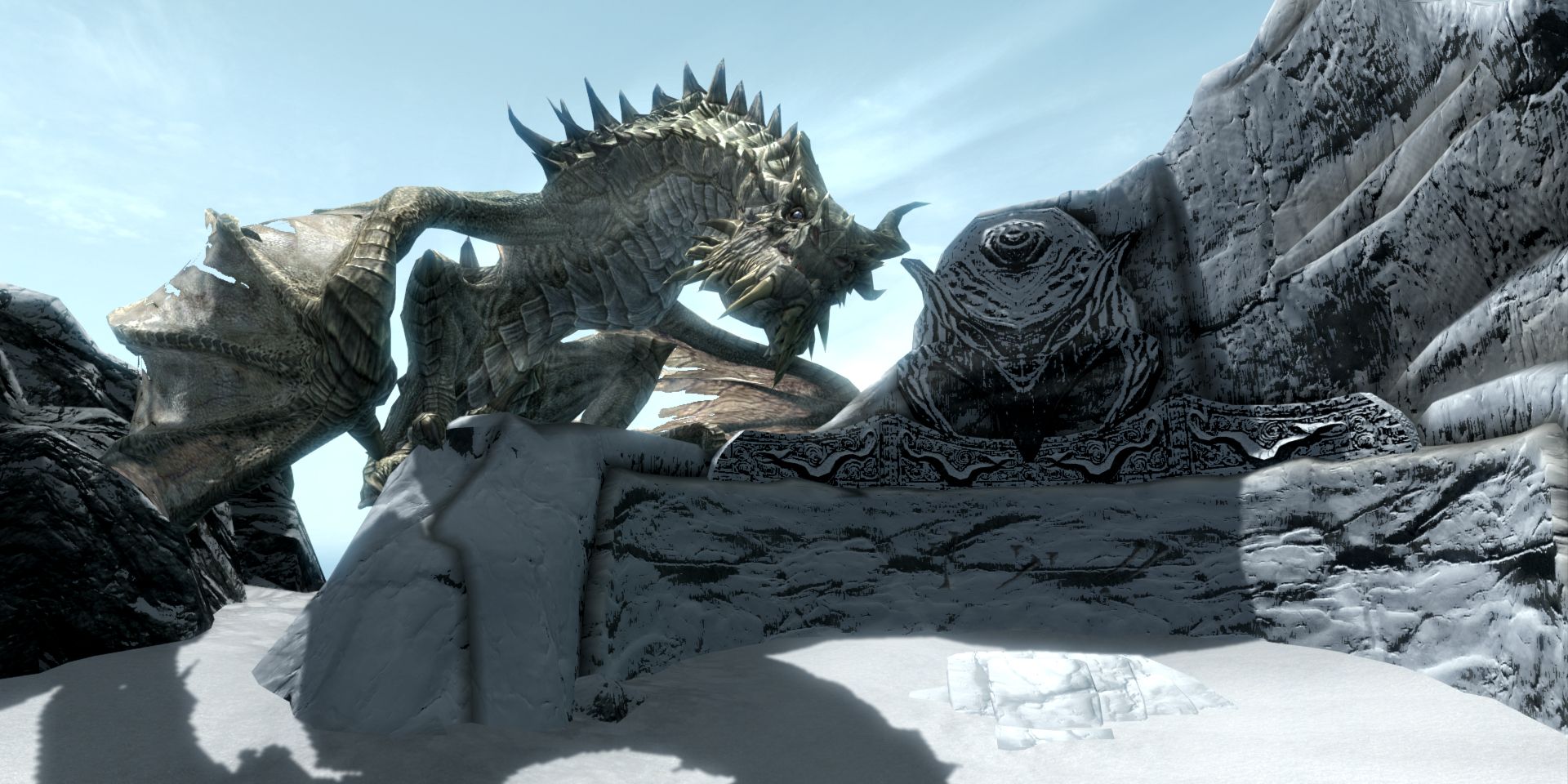 After meeting the Greybeards up in High Hrothgar and proving that you are indeed the Dragonborn, they allow you to go up to the summit of the Throat of the World to see their leader Paarthurnax.

That sounds fine and dandy, so you journey up to the summit and learn that Paarthurnax is not just another dude with a grey beard, he’s actually a dragon. Considering that most players believed all dragons were evil up until this point, it was amazing to see a friendly dragon. Paarthurnax also has such a unique voice, which makes this moment even better. 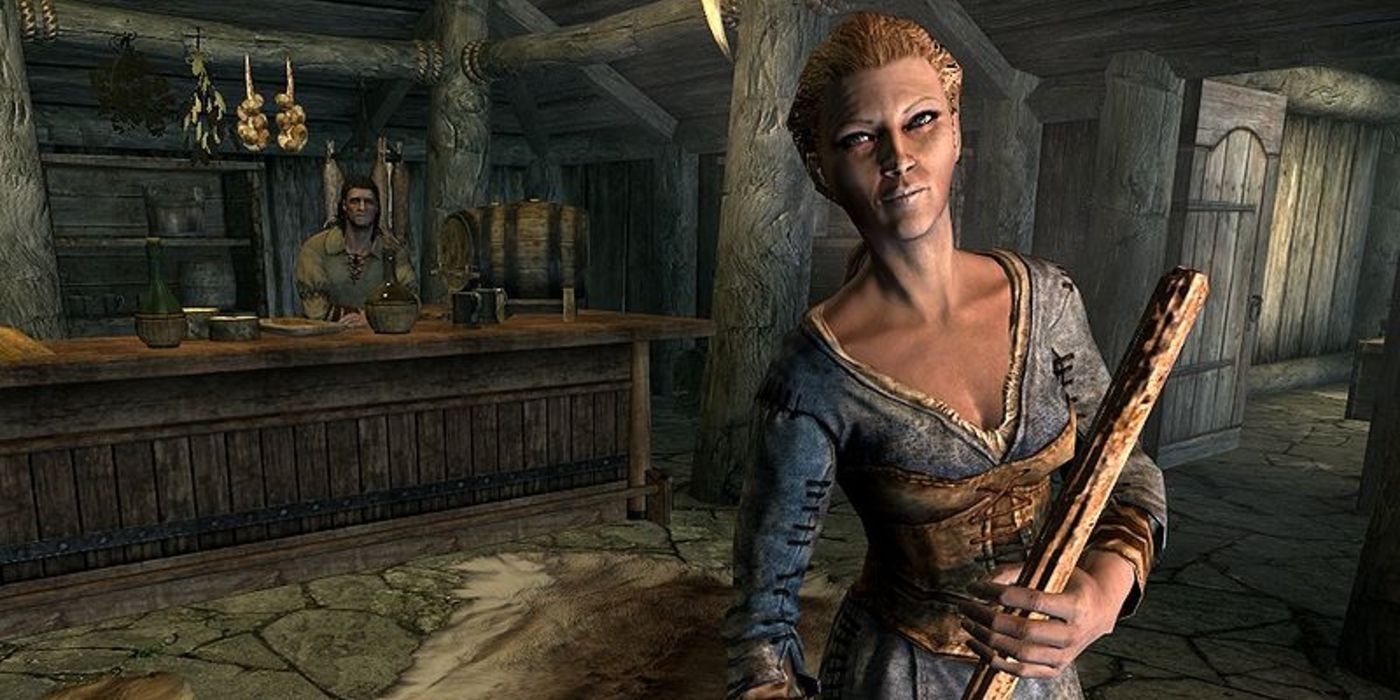 Delphine seems like a normal innkeeper. She runs the Sleeping Giant Inn and can be seen sweeping the floor or talking to the bartender Orgnar. Things change once you begin the quest A Blade in the Dark.

After you rent the attic room in the Sleeping Giant Inn, Delphine will come up to you and open up a secret passage to an underground room. This secret room changes your opinion of Delphine as a run of the mill innkeeper to someone who means business. She reveals that she’s one of the last surviving members of the Blades after you slay a dragon with her. 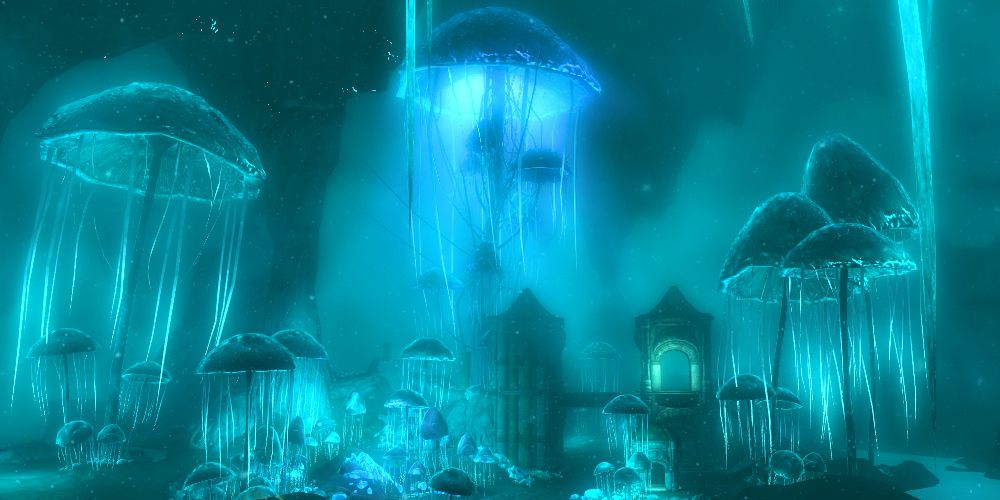 Elder Knowledge is one of the longest quests in the game and could be a bit of a pain, but it introduces us to one of the most gorgeous areas in Skyrim. Blackreach is a large Dwemer city deep underground and is filled with massive glowing mushroom, geodes and way too many chaurus’ and Falmer.

There are plenty of things for players to do in Blackreach, even if you might be a little scared to go down there. Just make sure you don’t accidentally use Unrelenting Force on the big orb in the middle. That’ll summon a very powerful dragon.

4 Strolling Through The Forgotten Vale 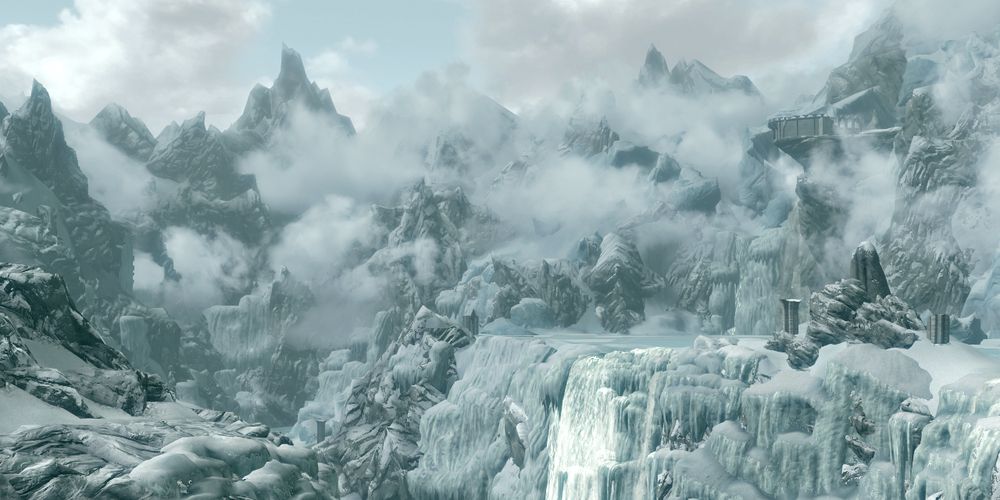 The Dawnguard DLC was the first DLC to be released for Skyrim all the way back in 2012. It introduced us to many new areas including Fort Dawnguard, Castle Volkihar and, of course, the Forgotten Vale.

The visuals and music of the region do a really good job of setting the stage. The Forgotten Vale looks like something out of a movie. The frozen waterfalls and fauna make the place truly feel forgotten. Walking up to the word wall only to be surprised by not one, but two dragons is something players will never forget. 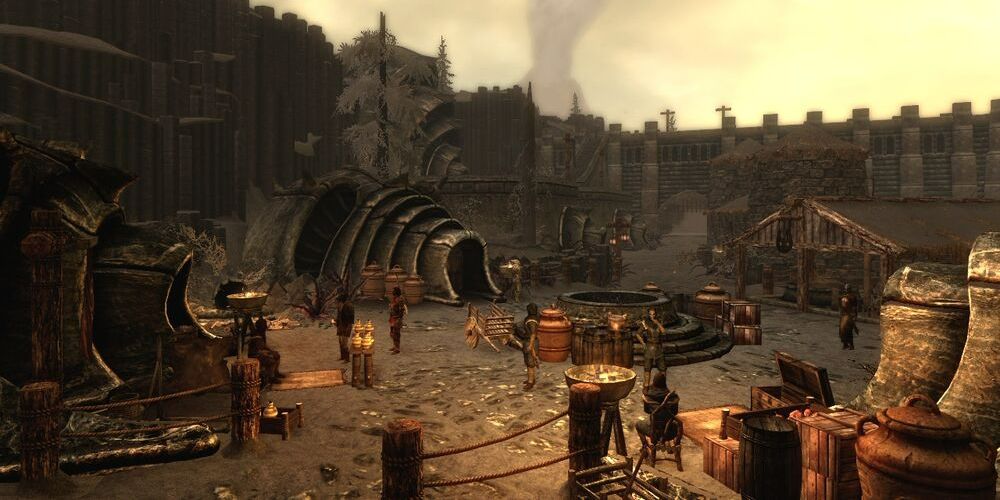 The Dragonborn DLC took you to the island of Solstheim in Morrowind. It is wildly different from anything you’ve seen in Skyrim. Immediately, the guards in their chitin armor stand out. Then, you’ll notice that the architecture in the city of Raven Rock is similar to their style of armor. It’s all a little off-putting and makes you feel like an alien again, just like when you left Helgen.

Things get even weirder when you find NPCs building shrines around the All-Maker Stones repeating Miraak’s Mantra over and over again. Over time, you grow to love Solstheim, but things don’t start off that way. 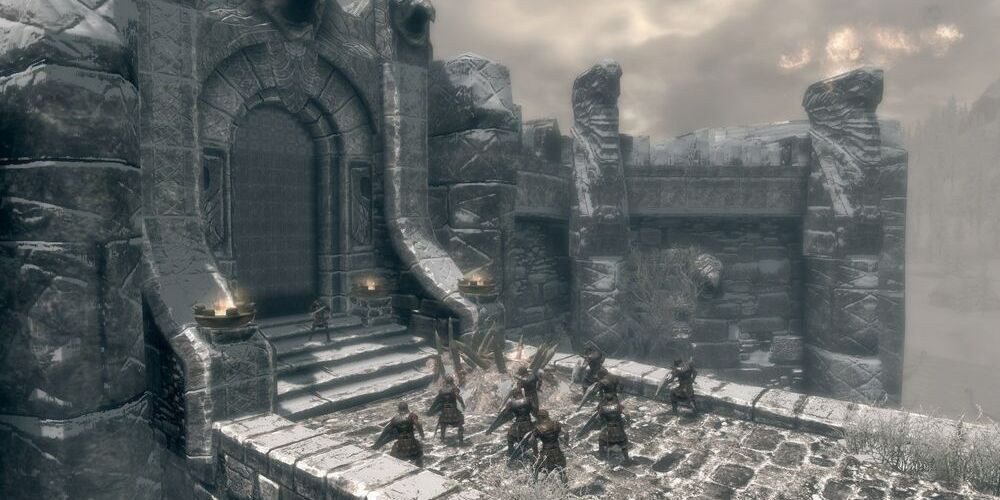 Whether you choose to join the Imperial Legion or the Stormcloak rebellion is up to you, but both questlines eventually come to an epic conclusion.

The Legion moves in on Windhelm, taking out dozens of guards along the way and leave it up to the Dragonborn to deal the final blow on Ulfric Stormcloak. As for the Stormcloaks, they invade Solitude and leave it up to you to defeat General Tullius once you make it to his quarters in Castle Dour. Both battles are entertaining and have a significant impact on the story. 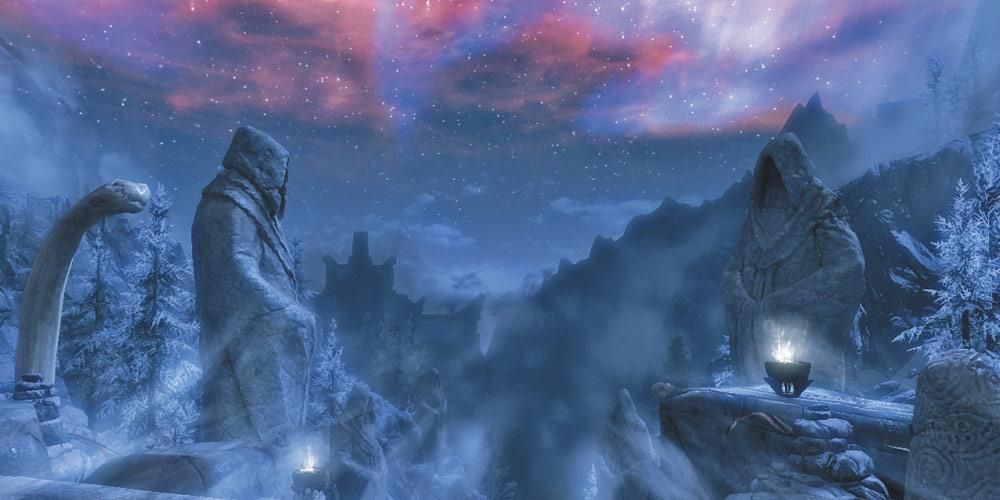 Many of the Nord warriors in Skyrim talk about going to Sovngarde when they die to join all of the other legendary Nord warriors in an endless feast. It sounds a whole lot like Asgard in Norse mythology.

Eventually, you find yourself in Sovngarde, but very much alive. You’re there to take down Alduin, one of the more interesting characters in Skyrim, who serves as the final boss of the game. Just being in Sovngarde is breathtaking. The sky is more beautiful than anything the aurora in Skyrim can create. It’s a legendary location that no living mortal has even been to.