Although Resident Evil 3′s remake isn’t out yet, the demo is allowing players to get a taste of what’s to come once the full version releases. However, it would seem that some players are already taking issue with a certain section of the demo. They believe it was created by Capcom on purpose to insult Chinese fans.

Some players in China believe that a puzzle involving a password is poking fun at a historic event that involved Japan invading China during the year 1931. Specifically, during the demo, there is a safe that requires a combination to crack open, and the combination is written on a poster inside of a pharmacy. However, it’s the combination itself that is causing patriotic Chinese players to voice their displeasure and anger at Capcom. 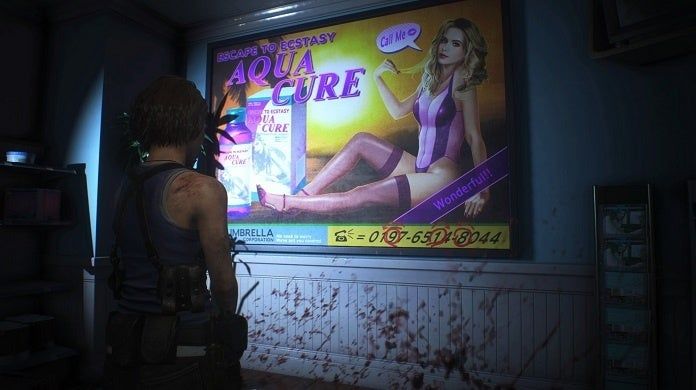 Since the password for the safe is 918, some of the angry Chinese gamers believe it is a reference to September 18 (with the month being represented by number 9 and the date as 18). The reason the date is seen as offensive is because that is when the Mukden Incident took place. The incident involved Japan’s military staging a bombing and pinning the blame on Chinese dissidents, which in return was used as pretext for Japan’s invasion of northeastern China. Ultimately, the invasion led up to the events of the Second Sino-Japanese War in which more than 20 million Chinese people died.

The offended Chinese gamers started to blame Capcom by saying how the company lost its “political acuity” and “company culture.” According to their negative posts, it would be more understandable if a European or American studio did this, but since Capcom is a Japanese company, it should have done something about this controversy.

Political video game controversies aren’t exactly too surprising nowadays. Shortly after Call of Duty: Modern Warfare released, it was review-bombed on MetaCritic for being Russophobic. At the time, many players weren’t too pleased with the game portraying Russia as a villain, and pinning the blame of a war crime that the United States was responsible for onto Russia as well.

Related posts:
03/28/2020 News Comments Off on Some Chinese Gamers Are Angry Over A Puzzle In Resident Evil 3’s Demo
Hot News
Riot dev breaks down Reyna abilities – New Agent
PSG.LGD are China Dota2 Professional League back to back champions
8 ways to bring your employees back to work
Games with Gold last chance: New Xbox One and Xbox 360 FREE downloads inbound
Halo 3 Comes To PC Starting Next Month With Limited Modes
Recent Posts
This website uses cookies to improve your user experience and to provide you with advertisements that are relevant to your interests. By continuing to browse the site you are agreeing to our use of cookies.Ok