Spawn has finally been revealed for Mortal Kombat 11 and it looks as though the famed comic book character has delivered with fans especially pleased with the end result.

First up if you've yet to see the trailer and want to skip our waffle, the trailer is just below for your viewing pleasure.

Movie Voice Actor Keith David has also returned for the voice of the character, which appears to have gone down especially with with fans of the movie and character.

"From the outset, Spawn’s many passionate fans here at NetherRealm were obsessed with giving this devil his due." explains Dominic Cianciolo, Cinematic Director at NetherRealm Studio.

"We knew that to portray Spawn properly, we first needed to nail the presentation of his trademark weapons — his iconic cape and chains."

"To perfect these items, our studio leads formed a cross-discipline strike team. They met regularly for over six months to develop the tools necessary for our designers and artists to fully explore their imaginations. As a result, Spawn’s cape and chains are fully integrated into his core gameplay. 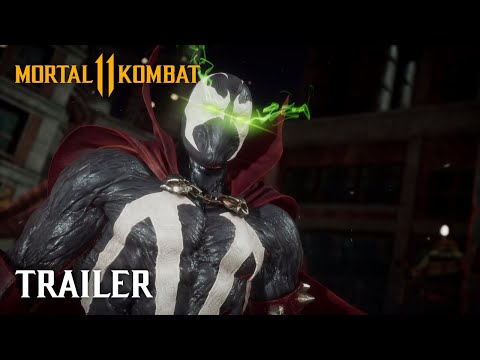 "Not only can the cape be used as both an offensive and defensive weapon, it can also be used to help Spawn take flight! In Spawn’s Fatality, “Rest in Pieces,” his cape and chains work together to orchestrate a symphony of blood. As Spawn’s cape grabs the beaten opponent, his chains tear him or her apart."

There's also a nice nod to Malebolgia, the supervillain who was often Spawn's main adversary in the comic books.

The creature can be seen towards the end of the trailer as Spawn is pulled into the Eighth Circle of Hell for ironically his victory pose.

Spawn joins Mortal Kombat 11 on March 17 as part of the early access period for Kombat Pack owners, followed by wider availability on March 24.

Kombat Pack owners will also have access to the “Hellspawn” Jacqui Briggs skin and Matinee Skin Pack on March 17.

And if you want more details about the character, have a read of Cianciolo's full blogpost on the PlayStation website .