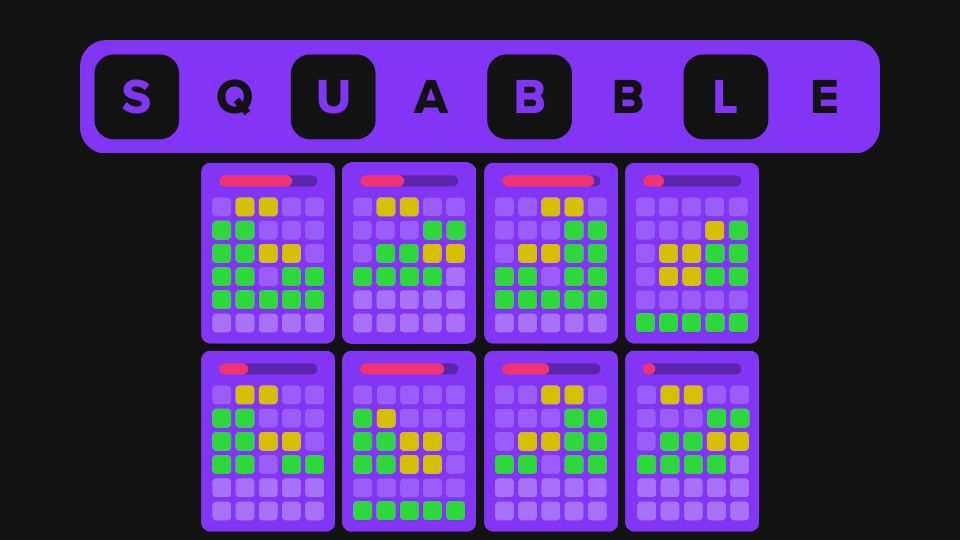 New Wordle copycats seem to appear every day but one of the best ones so far manages to incorporate ideas from Fortnite and Tetris 99.

As soon as Fortnite became a global sensation every games company in the world immediately set about trying to make its own equivalent, most of which weren’t nearly as popular. Exactly the same thing has happened with Wordle, with only a few – like maths-themed Nerdle and football-based Who Are Ya? – managing to make an impression on their own.

The next to join that list though could be Squabble, which has been in beta for the last month (meaning it’s not officially finished) but has already proven to be one of the most popular multiplayer versions of Wordle so far.

It looks and works similarly to Tetris 99, which is itself a Battle Royale – a type of play mode where a large number of players, typically around 100, compete and there’s only one winner at the end.

Squabble actually has two game modes but the main Squabble Royale option is for between six and 99 players, and while the basics still involve solving standard Wordle puzzles it’s not quite as simple as that.

You start each match with 100 HP (health points) and these slowly drain away over time. They take an even bigger hit though, if you guess a word incorrectly or your opponent gets one right.

On the other hand, green titles restore your health, as does getting a word correct, so it’s a literal survival mode as you try to keep getting answers right until you’re the last person standing.

Because it’s a work in progress there are a few bugs and interface problems, especially on desktop where you can’t always see every row of letters, but it’s still a lot of fun.

You can play with random people or set-up your own private room, so that you know you’re only playing with friends.

If you don’t have 99 friends that are really into Wordle there’s also an alternate mode called Blitz, which is designed for just two to five players.

Related posts:
03/15/2022 News Comments Off on Squabble is Worldle Battle Royale and it’s the best multiplayer game yet
Hot News
citalopram pizotifen
10 Best Co-op Games On The DS & 3DS
The Biggest Gaming News For May 18, 2022
League Of Legends: Everything You Need To Know About Challenges
How optimized object recognition is advancing tiny edge devices
Recent Posts