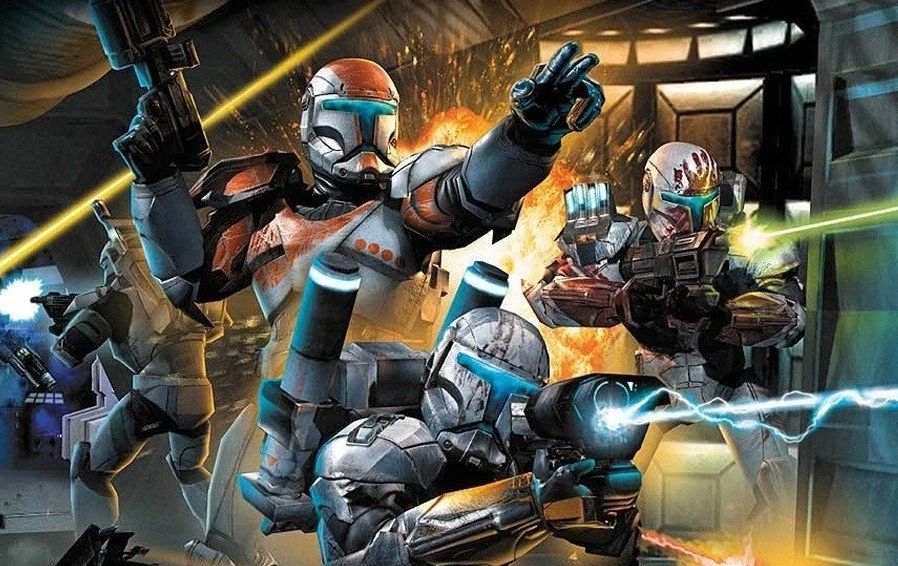 It looks like another classic Star Wars game is being revived for Switch and, possibly, PS4 but what about hopes of a belated sequel?

References to 2005 prequel tie-in Star Wars: Republic Commando have been found on Nintendo website’s servers, suggesting the game is going to be the latest retro Star Wars title to be remastered for modern consoles.

Spotted by website Nintendo Everything, it seems far too obscure a reference to be there by accident and makes perfect sense given previous remasters of games from the same era, including Jedi Outcast, Jedi Academy, and Episode I: Racer.

Previously all these remasters have been released on both Switch and PlayStation 4, so while the leak is only for the Nintendo Switch version it would be very surprising if it didn’t also come to Sony’s machine.

Republic Commando was originally only released on the original Xbox and PC, and so is not as well known as some other prequel era games, but it proved very popular with those that did play it and went on to have a big influence on how the clones were portrayed in The Clone Wars animated show.

The game was a first person, squad-based tactical shooter, where you controlled a team of three elite clone troopers. It encompassed various battles from the second and third prequel films, with the game originally coming out the same year as Revenge of the Sith.

For years fans have been calling for a sequel and indeed one was planned, called Imperial Commando, but it never came to be. LucasArts stopped developing its own internal games a few years later, before being all but shutdown following the Disney buyout.

However, the Lucasfilm Games name was revived earlier this year, reigniting hopes that some of these old franchises could finally get a sequel, although nothing has yet been announced for Episode I: Racer or any of the other remasters.

Mac specialist Aspyr has been publishing all the remasters so far and they’ve just been bought by the parent company of THQ Nordic, although that’s unlikely to interfere with them continuing to raid LucasArts’ back catalogue – in fact we’d be pretty surprised if Bounty Hunter, starring Jango Fett, wasn’t next in line.