Who wouldn't want a cool Mjolnir Powered Assault Armour, capable of withstanding the harshest conditions and almost any damage you can throw at it? Unfortunately, no such suit exists, unless you're part of some secret military experiment. However, there is one way to step into Master Chief's shoes, but it'll cost you $225.

American footwear brand, Wolverine, has revealed a new pair of boots inspired by Master Chief and his Spartan armour. The shoes came to be as result of a collaboration between the shoe manufacturer and 343 Industries, after fans pointed out that Wolverine's shoes look an awful lot like gear from the Halo series (thanks, PC Gamer). "Comments rolled in asking the brand to make the boots a reality," said Wolverine. "Now, after nearly a year of design and collaboration, Wolverine and 343 Industries are answering the call."

The shoes match the same shade of green as Master Chief's armour, with his 117 Spartan number on one side, and the United Nations Space Command emblem on the other.

"Given our roots in military science fiction, we've often heard from our fans that there is an appetite for a boot inspired by the Master Chief. So, when Wolverine approached us about a collaboration, we were ready to answer the call," said John Friend, director of Halo and Xbox consumer products. 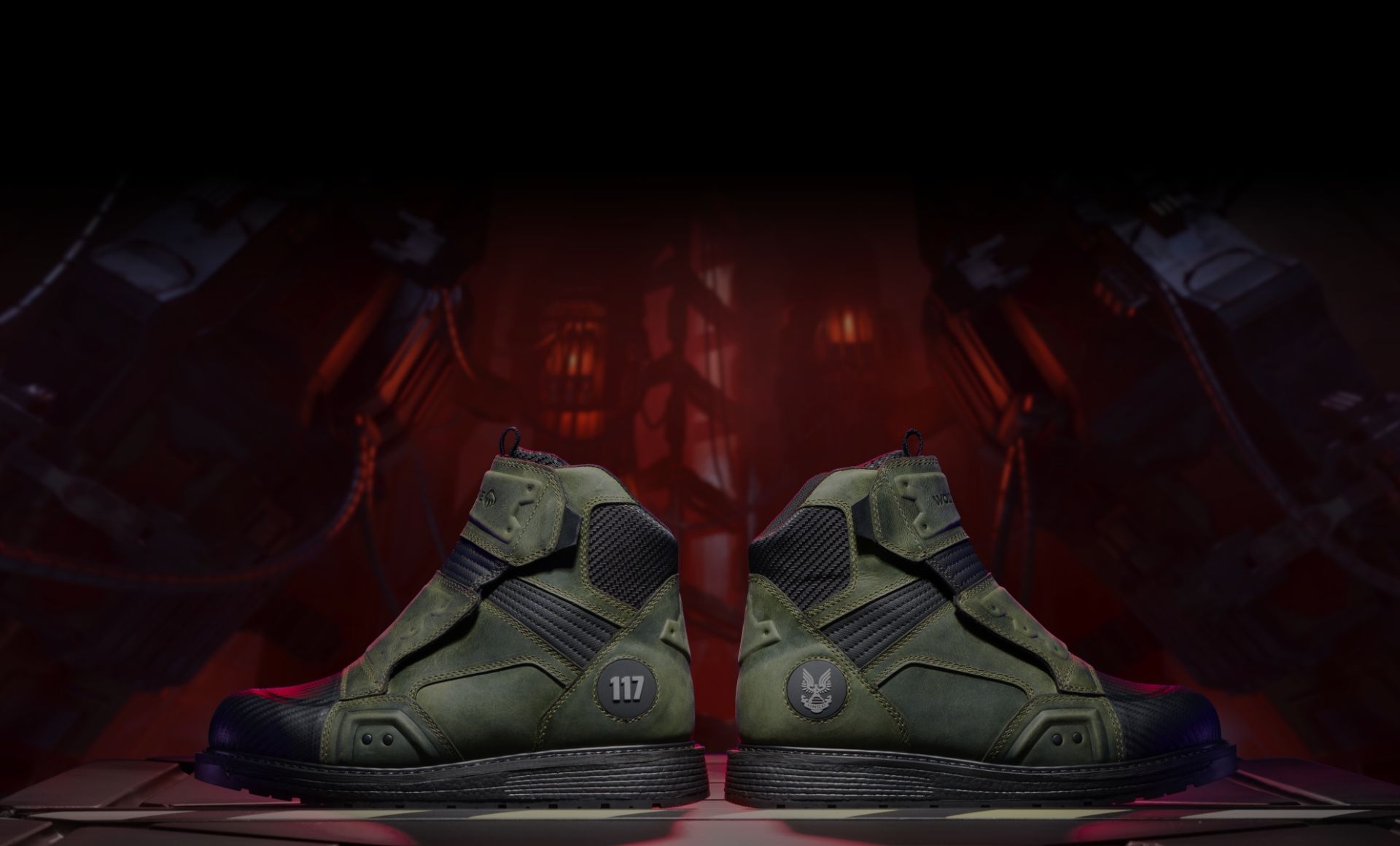 "The limited-edition boot gives Halo fans a chance to step inside (the boots) to become Master Chief and bring the Halo universe into their everyday life, and we're eager to see how fans react to the collaboration and forthcoming launches as part of our partnership with Wolverine."

Unfortunately, these shoes do not make you capable of sticking a landing from a height, kicking a Warthog, or enduring a lung-bursting sprint like the Chief.

Not everyone will be able to walk around in Master Chief's kicks though. Besides the $225 price point, Wolverine will also be making a limited amount of them – 117 to be exact. There's been no word on how these 117 people will be selected though, more information may come in about two days, when the shoes officially launch.