Stranger of Paradise: Final Fantasy Origin boasts one of the greatest assortments of boss battles in series history, including the long-heralded return of the Four Elemental Fiends. Of the Fiends, you'll fight Lich last, after you have had ample time to familiarize yourself with Stranger of Paradise's gameplay fundamentals.

As a result, the battle's on the tougher side fo game, and it's more important than ever to know precisely what you're doing if you hope to have Jack and pals survive. That said, there are ways to slaughter Lich in a relative cinch. Take a look at our tips and tricks here to head in with the advantage and head out with all your party's limbs intact.

Where is Lich Located? 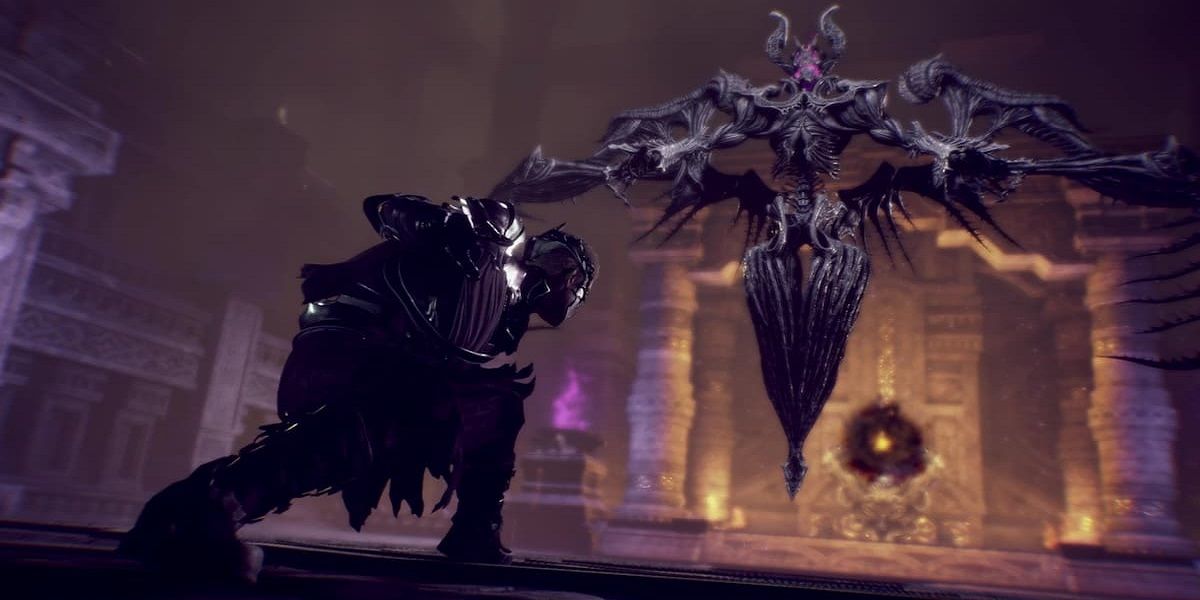 Lich hangs out in the final room of the Cavern of Earth. It is encountered during the main mission 'Memories of Earth', fittingly, and serves as an ultimate test of your abilities up to that point.

Lich loves to drain your party of everything they've got. It also summons skeletons to further complicate matters, each of them capable of hitting you with damage-over-time debuffs just like their master. We recommend Neon and Sophia as Jack's tagalong pals this battle.

One of the handier things to know about your nemesis here is that its spells have generally long casting times – long enough for you to get in there and score several hits before hopping out in time to avoid the brunt of damage. This applies throughout both phases, too, so you can safely assume it's a constant suggestion of ours to employ hit-and-run tactics to great effect.

Ronin, Mage, and Swordsman. These specific Jobs are likely to be your best bets in the battle with Lich. Your Ronin will keep the pressure up with medium-ranged weaponry; Mage should charge Wind attacks for Aeroga as quickly and commonly as possible. The Swordsman is here chiefly to mitigate damage outright, tanking it up while its allies put the world of pain on Lich. 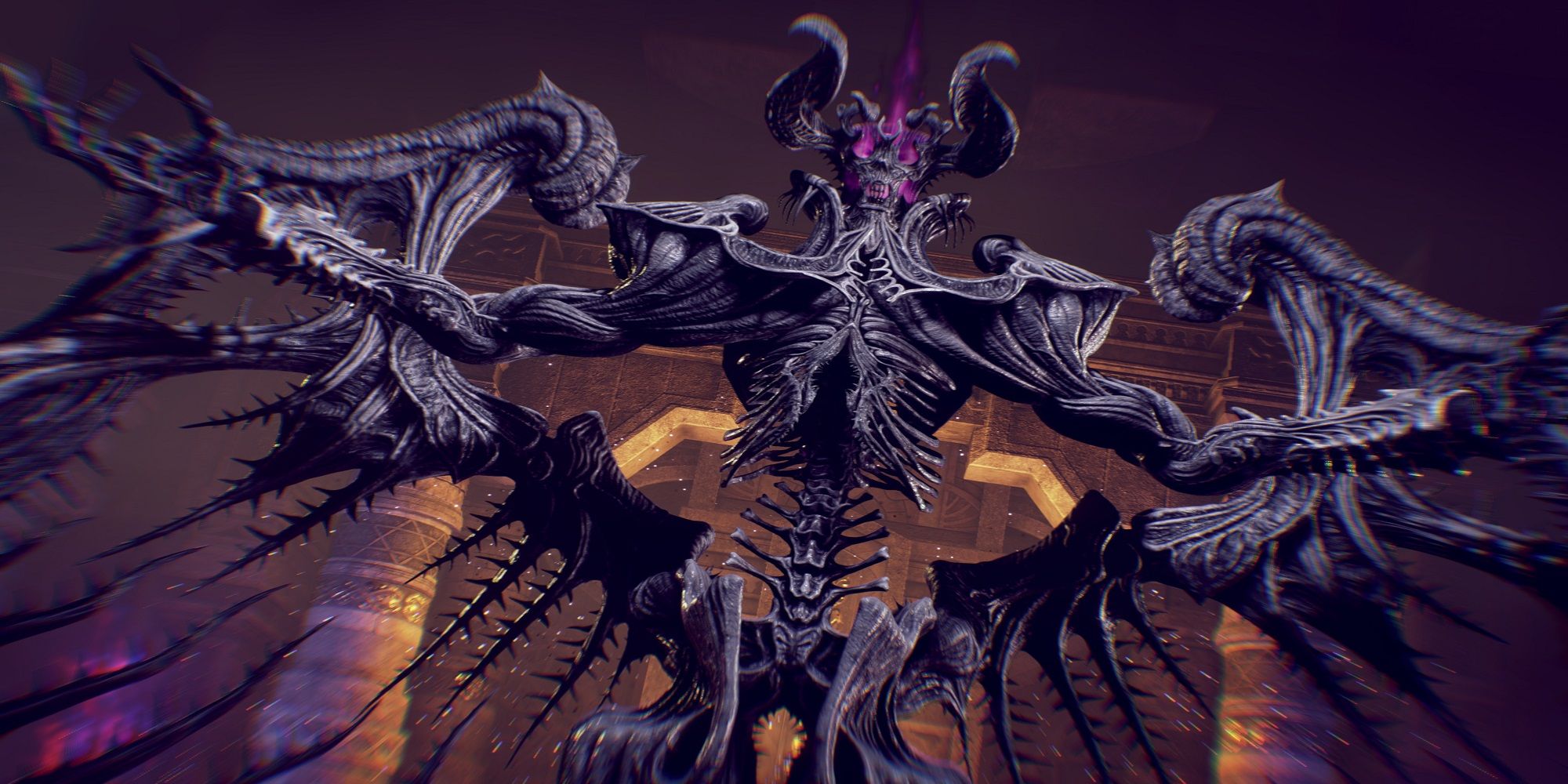 Keep a close watch on Lich and plan to evade the bulk of its attacks. Since it's slower than several other bosses, evasiveness will naturally be easier. Peck away with Aeroga and mid-ranged slashes over a longer period of time. If you feel like you've come up against a wall in the game's arena, now's the time to activate Soul Shield. Lich's own attacks tend to do rather well against it. 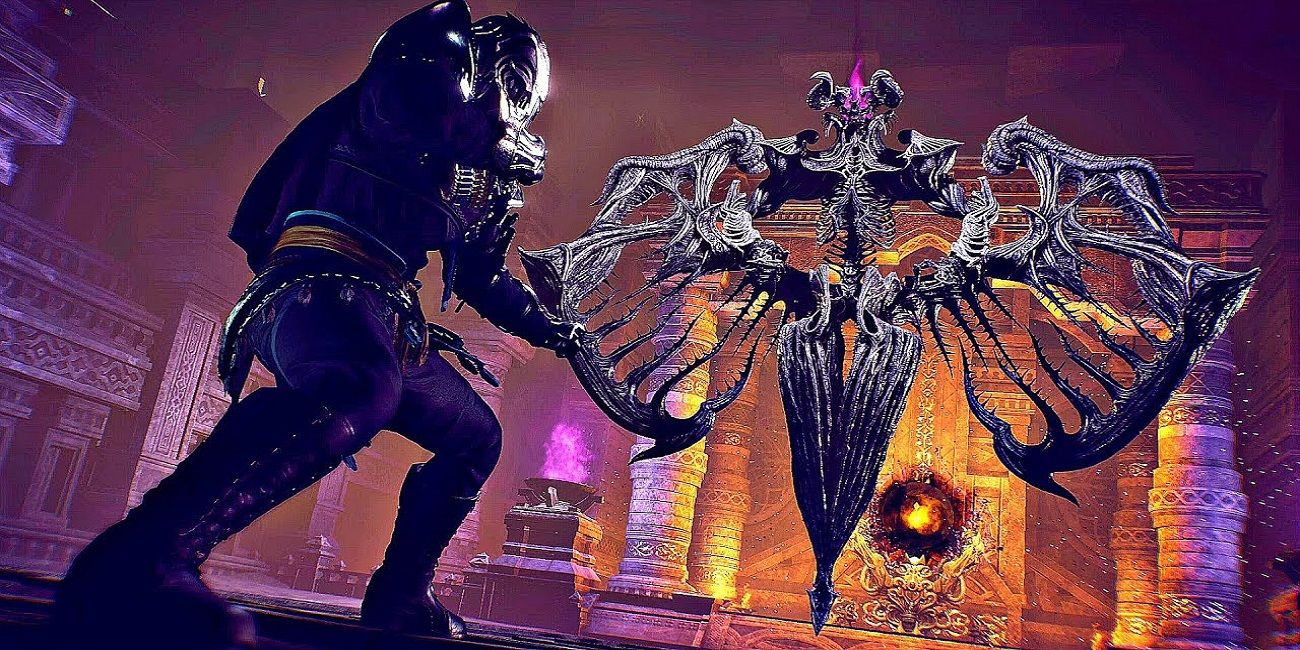 At the beginning of Phase Two, Lich envelops the battlefield with Putrid Ground (hence our silly little nickname for the phase). This is, as best we can tell, impossible to dodge. Curse and Poison is inflicted on the team, which is clearly no fun at all. Cure up as quickly as possible, but get rid of the fresh batch of skeletons Lich has summoned as well; they serve Lich with a stack of Regen while they're around.

By far the most frightening thing about Phase Two is a new attack Lich employs called Terrifying Embrace. It hits hard, more than anything else the undead creature has in its arsenal, and matters are made exponentially worse because it seems to love to trigger the attack when there are ample skeletons around and your party is suffering from poison damage as well.

With Lich down, take a brief moment to remind what's left of its evil corpse that Jack Garland doesn't give a f – actually, we won't type that verbatim here, but you'll know exactly what we're referring to.