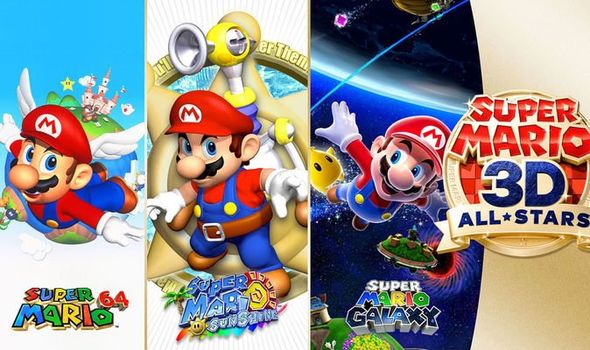 And almost 30 years since that title was released, Nintendo are bringing back the All Stars name with the upcoming Super Mario 3D All Stars compilation for the Switch.

But it is set to be in high demand as Nintendo has gone with a surprise move as Super Mario 3D All Stars will be a limited time release.

It will only be available to purchase digitally and physically until the end of March 2021.

The upcoming Switch title has a release date of September 18, but pre-orders for the physical version have already been flying off the shelves.

Places like Amazon and the Official Nintendo Store sold out of stock fast when it became available last week, with scalpers re-selling on eBay.

Listings seen have shown scalpers are trying to charge as much as £200 for Super Mario 3D All Stars pre-orders – four times the RRP.

Thankfully, though, if you’re trying to get hold of a Super Mario 3D All Stars pre-order then there’s one retailer you can turn to.

At the time of writing, Base.com has pre-order stock for Super Mario 3D All Stars available.

And not only that, but Super Mario 3D All Stars is listed at cheaper price than it’s typical RRP – listed for £44.85 with free delivery included.

Click here to head to the Base website if you want to pick up a copy of Super Mario 3D All Stars.

Related posts:
09/07/2020 News Comments Off on Super Mario 3D All Stars: Pre-orders in stock at THIS site, don’t fall for eBay scalpers
Hot News
PS5's Spider-Man Remastered Gives Peter Parker A Facelift
Pokemon Go Is Removing Some Of Its Pandemic Bonuses This Week
Nintendo’s Jump Rope Challenge will stay on the eShop
New Warzone Bug Teleports Players Out Of The Gulag
As AI chips improve, is TOPS the best way to measure their power?
Recent Posts
This website uses cookies to improve your user experience and to provide you with advertisements that are relevant to your interests. By continuing to browse the site you are agreeing to our use of cookies.Ok