Teamfight Tactics is already a major hit on mobile. Developer Riot Games launched TFT on March 19, and the auto battler has already surpassed 4.5 million downloads, according to data-tracking firm Sensor Tower. This puts Teamfight Tactics far ahead of its autobattler competition in terms of rate of adoption. Riot’s game has also already surpassed $1 million in revenue on mobile.

Through its first seven days, Teamfight Tactics hit 3.6 million downloads on mobile. That’s compared to 1 million for Auto Chess: Origin during its debut week. Dota Underlords, which is extremely popular on PC, had only 105,000 downloads on mobile in its first week. But that lower number is because many fans had already downloaded it through an early access program. 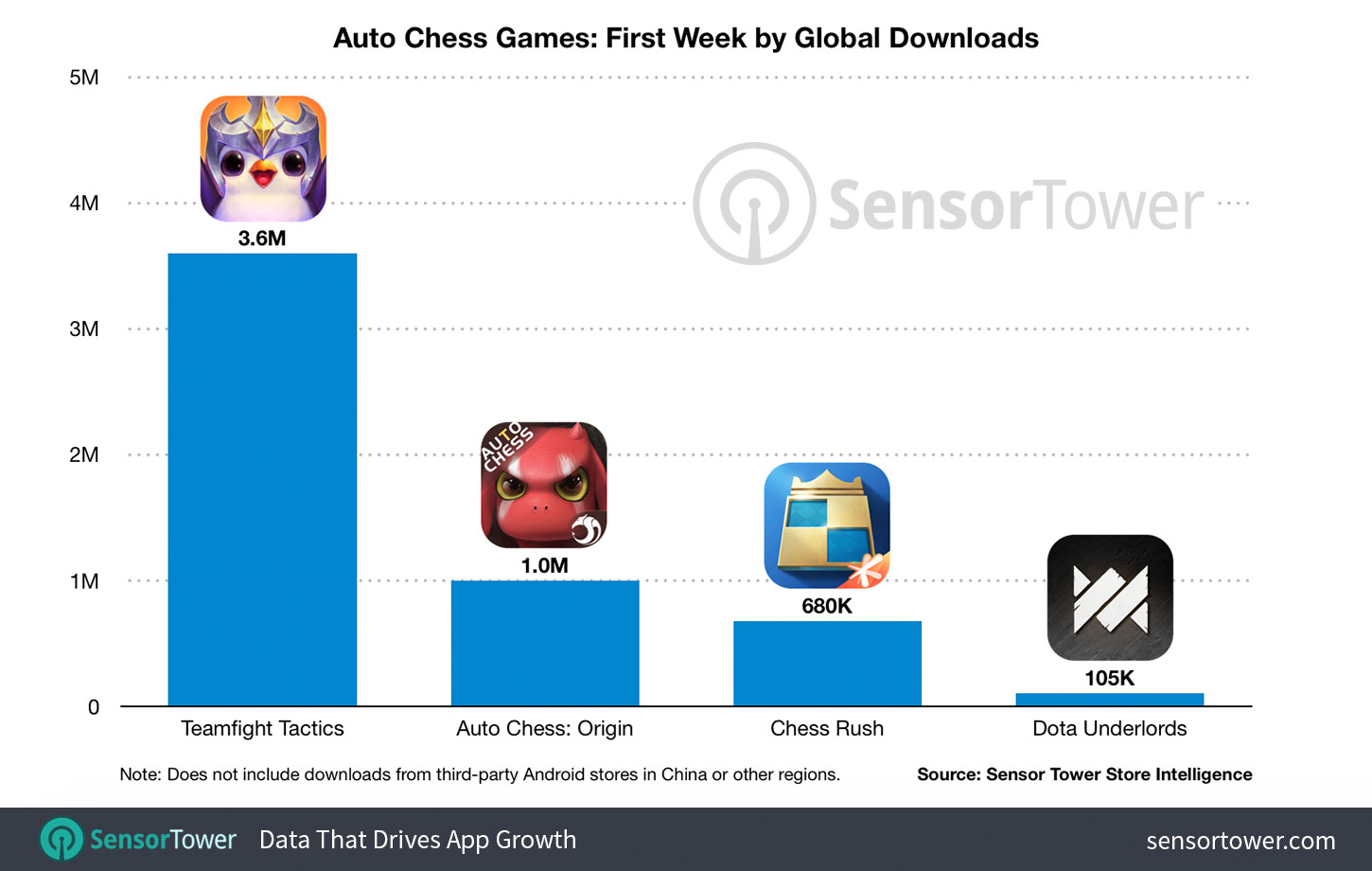 Above: Teamfight Tactics stands above its competition.

The auto battler genre has found a massive audience across multiple platforms. And Teamfight Tactics players and many new fans were waiting for the game to finally appear on mobile.

Most of that demand came from the United States, which made up 17% of the auto battler’s total downloads in its first week. South Korea was No. 2 for downloads with 13%.

But while the U.S. had more downloads, South Korea made up 54.4% of the total spending with an estimated $712,000. That’s more than twice what U.S. players spent.

“Analysis of Sensor Tower data shows that mobile auto chess titles have traditionally seen their greatest amount of user spending originate from Asia,” Sensor Tower insight strategist Katie Williams writes in a blog post. “[But] the relatively larger number of U.S. installs seen by the game in its first week suggests that it has a better chance of breaking into the North American market than its competitors.”