Getting your hands on some good weapons can be quite a grind in Fire Emblem Warriors: Three Hopes. The best A and S-tier weapons will not be unlocked or obtainable until the last chapters of the game. Many more of the best weapons are also unique to certain characters, making them even tougher to nab in most instances.

If your aim is to truly max out all of your units to the fullest extent, missing the opportunity to grab any A-tier weapon or higher can be devastating. Do not miss the opportunity to acquire any of these killer Fire Emblem Warriors: Three Hopes weapons. 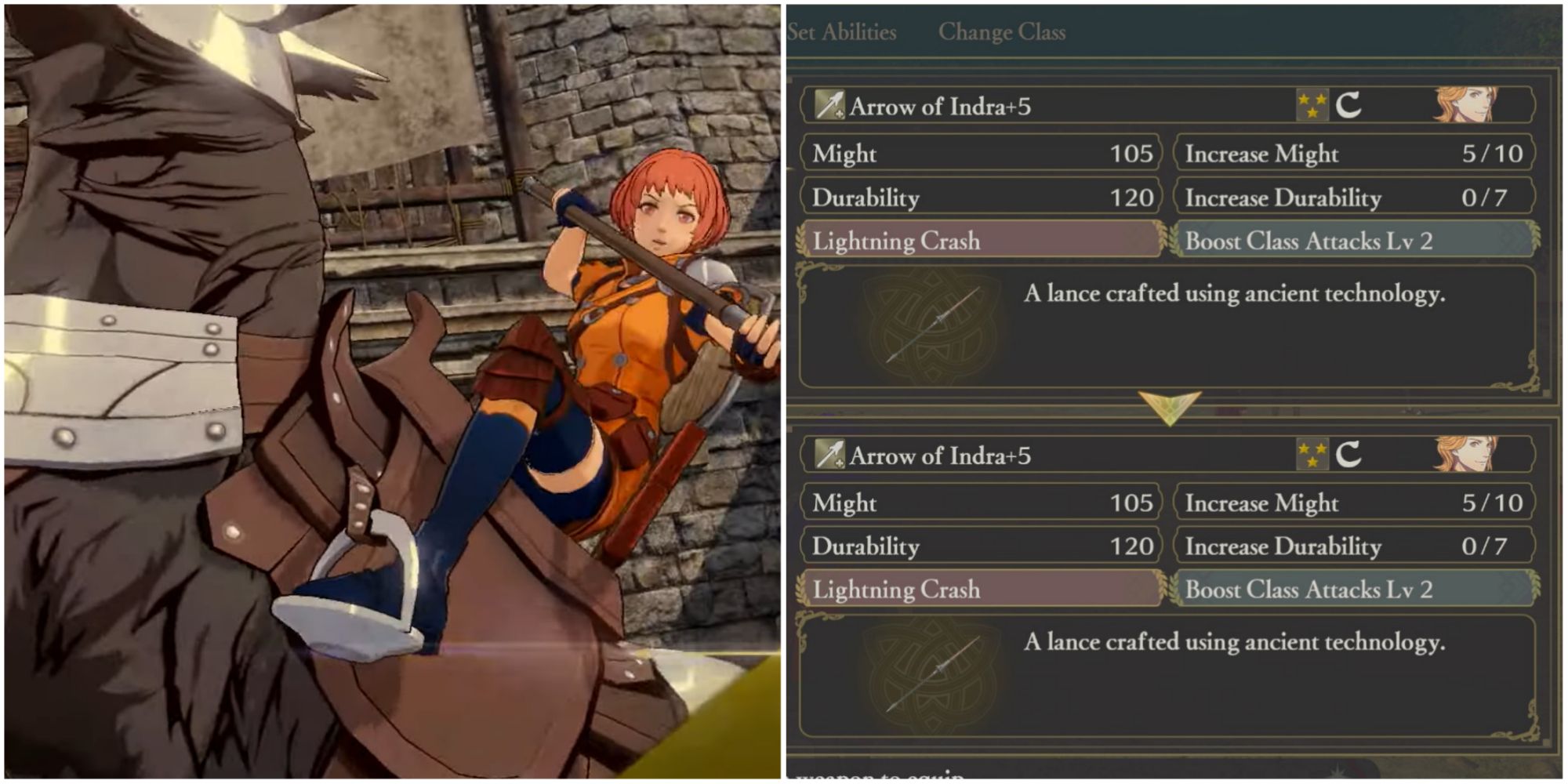 The Arrow of Indra is a powerful lance for a commonly C-tier weapon. What makes it stand out above other lances in Fire Emblem Warriors: Three Hopes is that it deals magic-based damage instead of plain physical damage.

It comes with the Lightning Crash ability, some hefty might, durability, and will boost the wielding unit's Class Attacks. 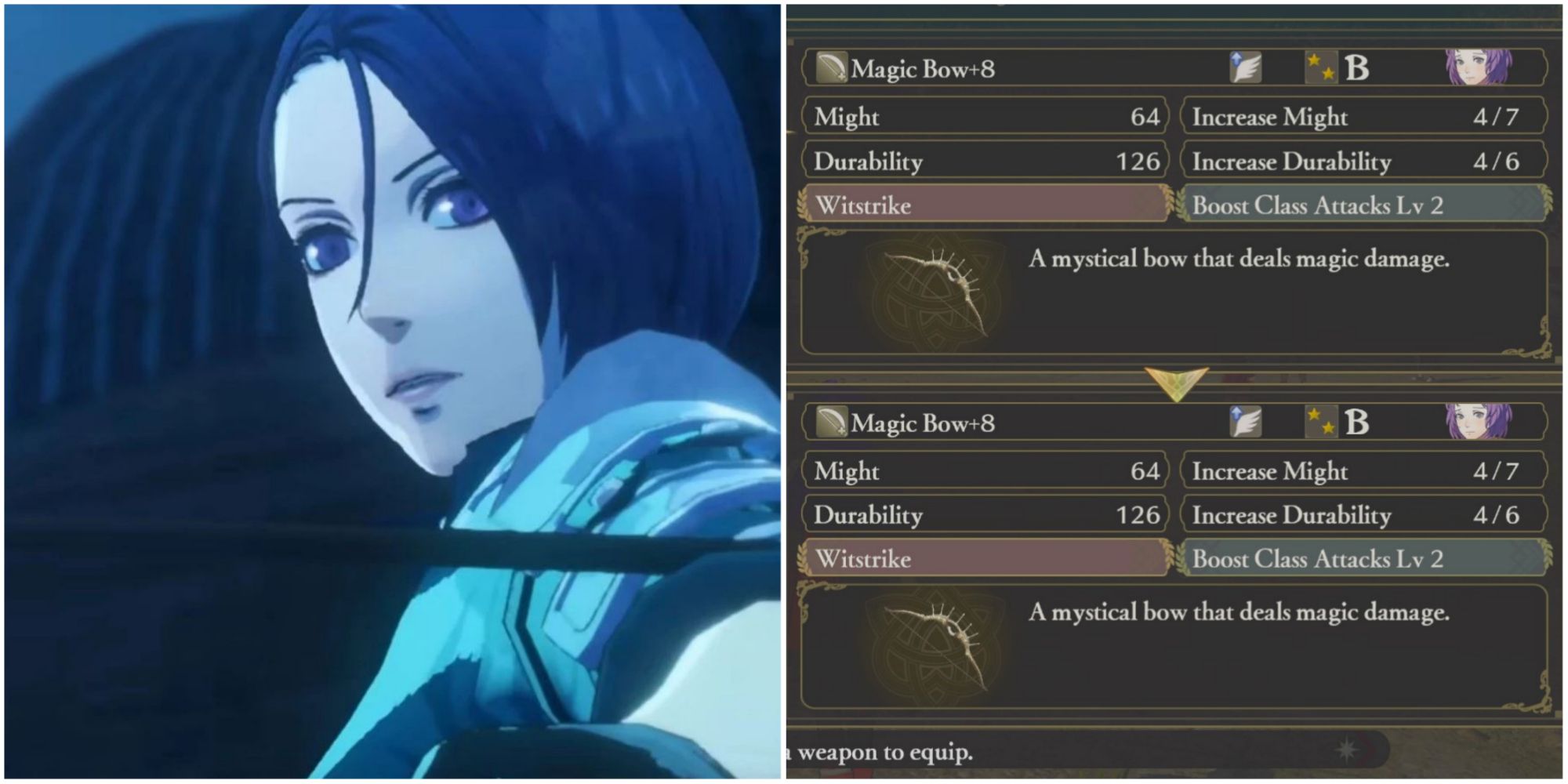 Like the Arrow of Indra, the power of the Magic Bow lies not in its weapon ranking, but in the fact that it deals magic damage. This means that when equipped to any unit that already has high magic stats, the weapon becomes increasingly powerful.

The Magic Bow is even more effective against Fliers than your typical bow and comes with the Witstrike ability. 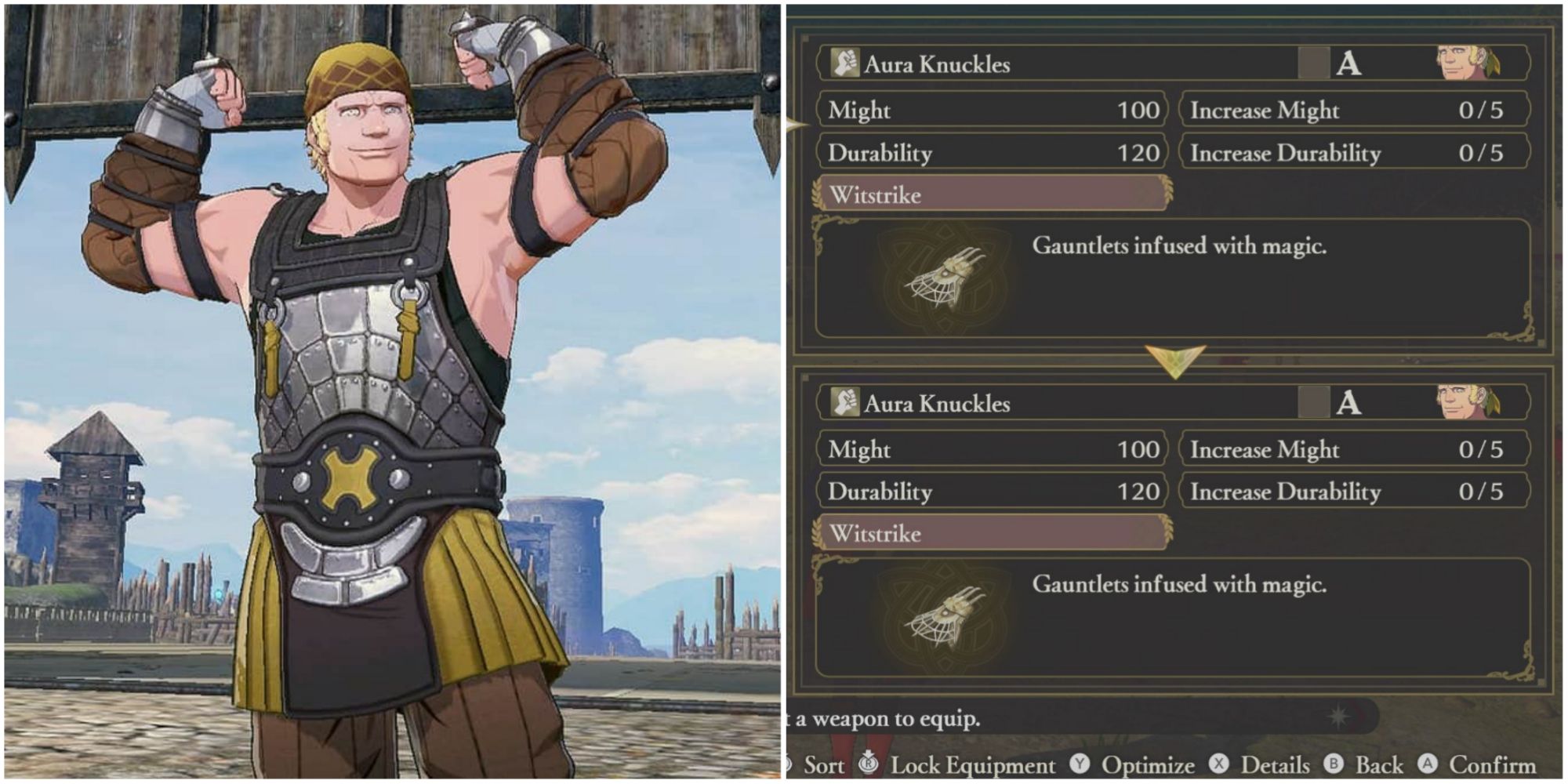 If you have a brawler on your team (which, let's face it, is probably Raphael) you need to get your hands on the Aura Knuckles. These Gauntlets are an A-tier weapon imbued with magic.

Like the Magic Bow, it comes with the Witstrike ability and a pretty hefty number for your might and durability stats. 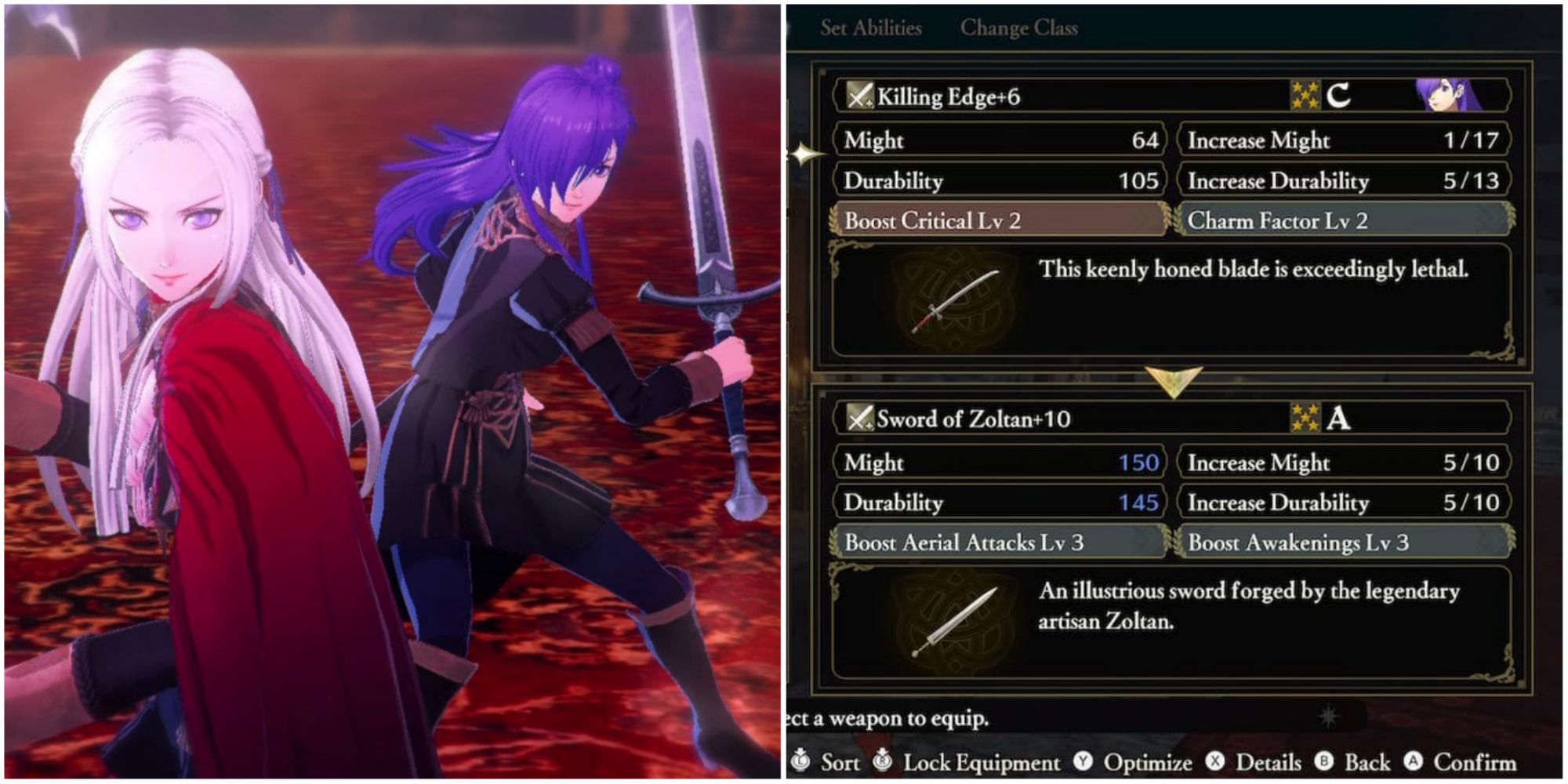 Pretty much every type of weapon has a "Zoltan" variety, and that is because the Zoltan weapons are some of the best in the game. Any Zoltan weapon is a steal, but the Sword of Zoltan is fantastic in particular.

With fantastic might and durability stats, the real kicker is its ability to boost Aerial Attacks. This makes it perfect in the hands of Flier characters, especially if they are proficient in both lances and swords. 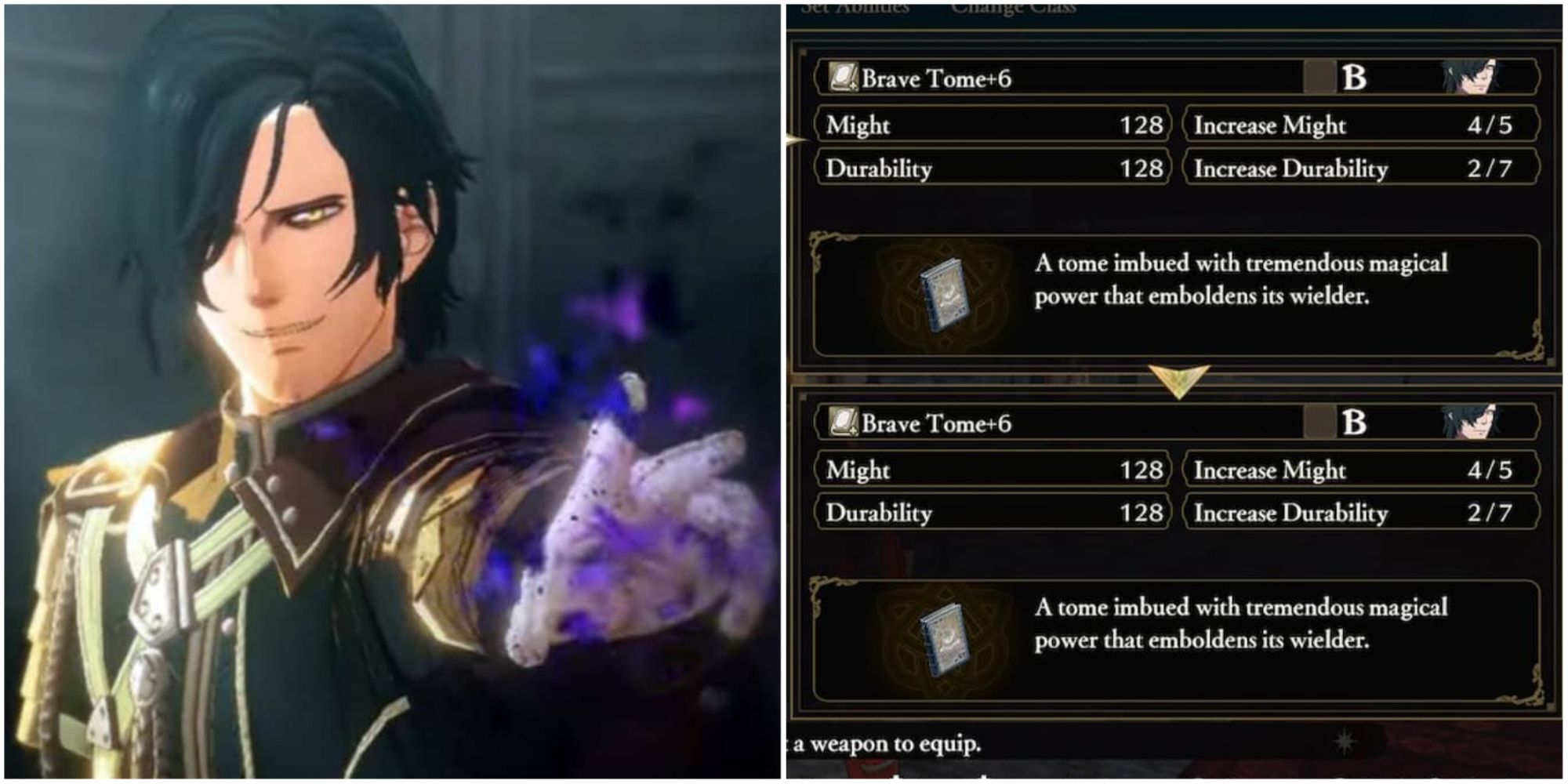 The Brave Tome might not be quite as impressive as the Hero Tome, but overall it could be said to be one of the best A-rank weapons in the game. Its Might can range anywhere from 160 to 240 with some upgrades.

Equipping this to your magic units will have you cutting through hordes of enemies with tremendous ease. 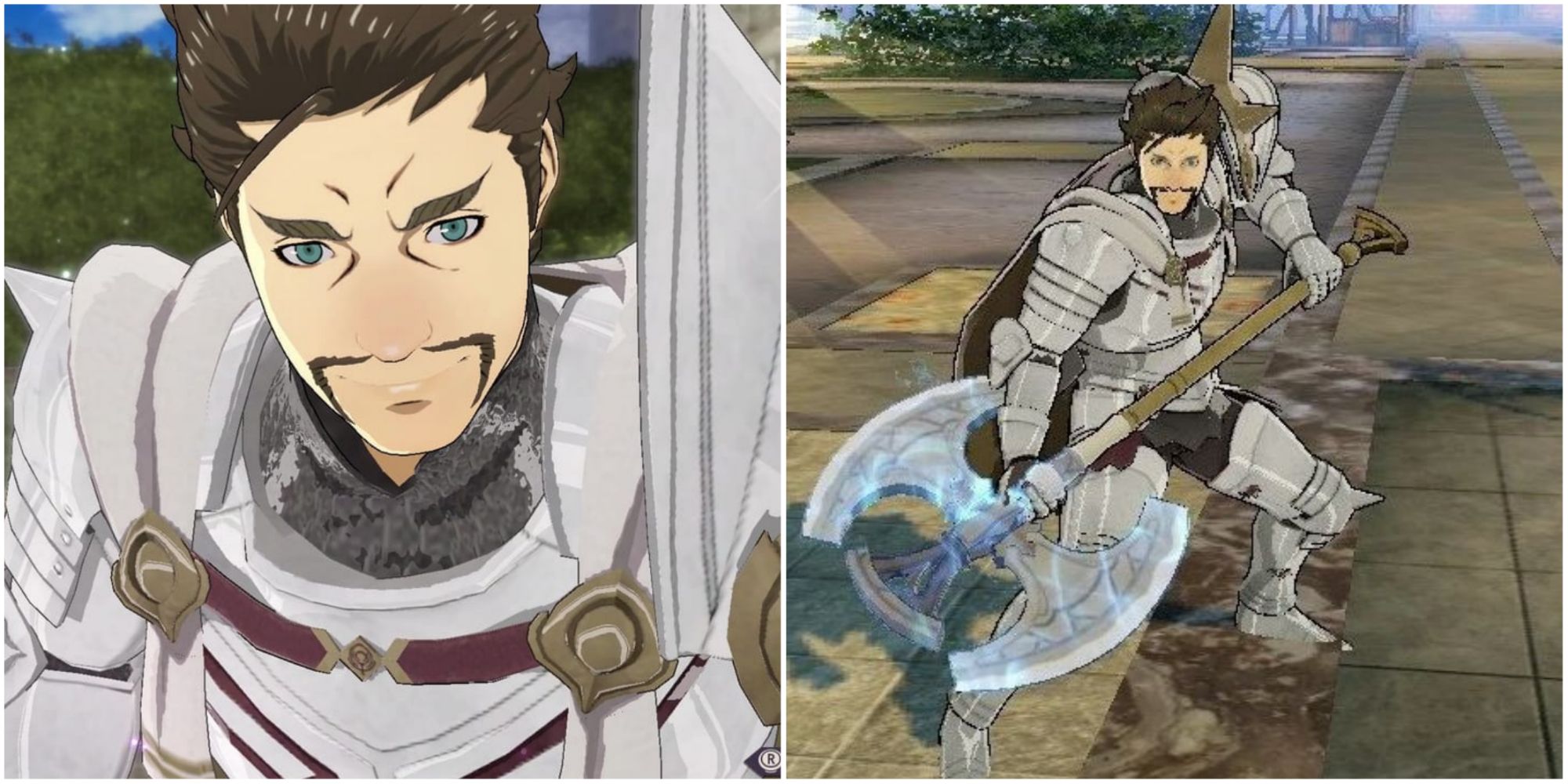 This axe was a favorite among players in Three Houses as well, seeing as it was a Sacred Weapon with a lot of oomph. You can find this axe in Chapter 13 of Fire Emblem Warriors: Three Hopes across all the routes, though it may appear in different areas.

The biggest boon of the Axe of Ukonvasara is that it restores a certain percentage of the wielding unit's health, making them even tankier than they might have been before. 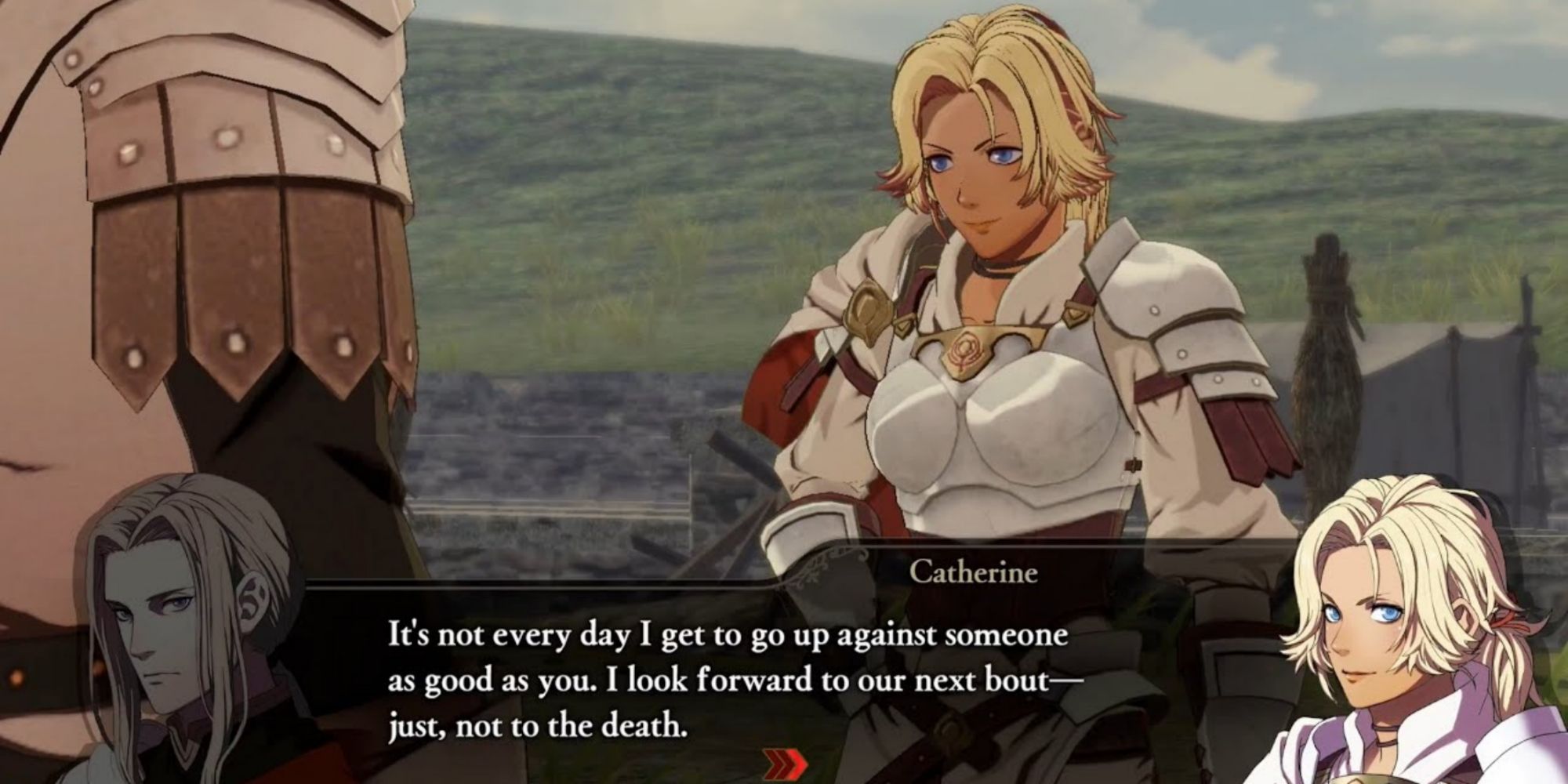 Catherine has always been a rather impressive fighter, and so it is only natural that her Hero's Relic is even more intimidating. Thunderbrand is a massive sword that can only be wielded by a unit bearing the Crest of Charon.

If you want to get your hands on Thunderbrand in Fire Emblem Warriors: Three Hopes, sadly you will only be able to after recruiting Catherine in Chapter Nine of the Azure Gleam route. 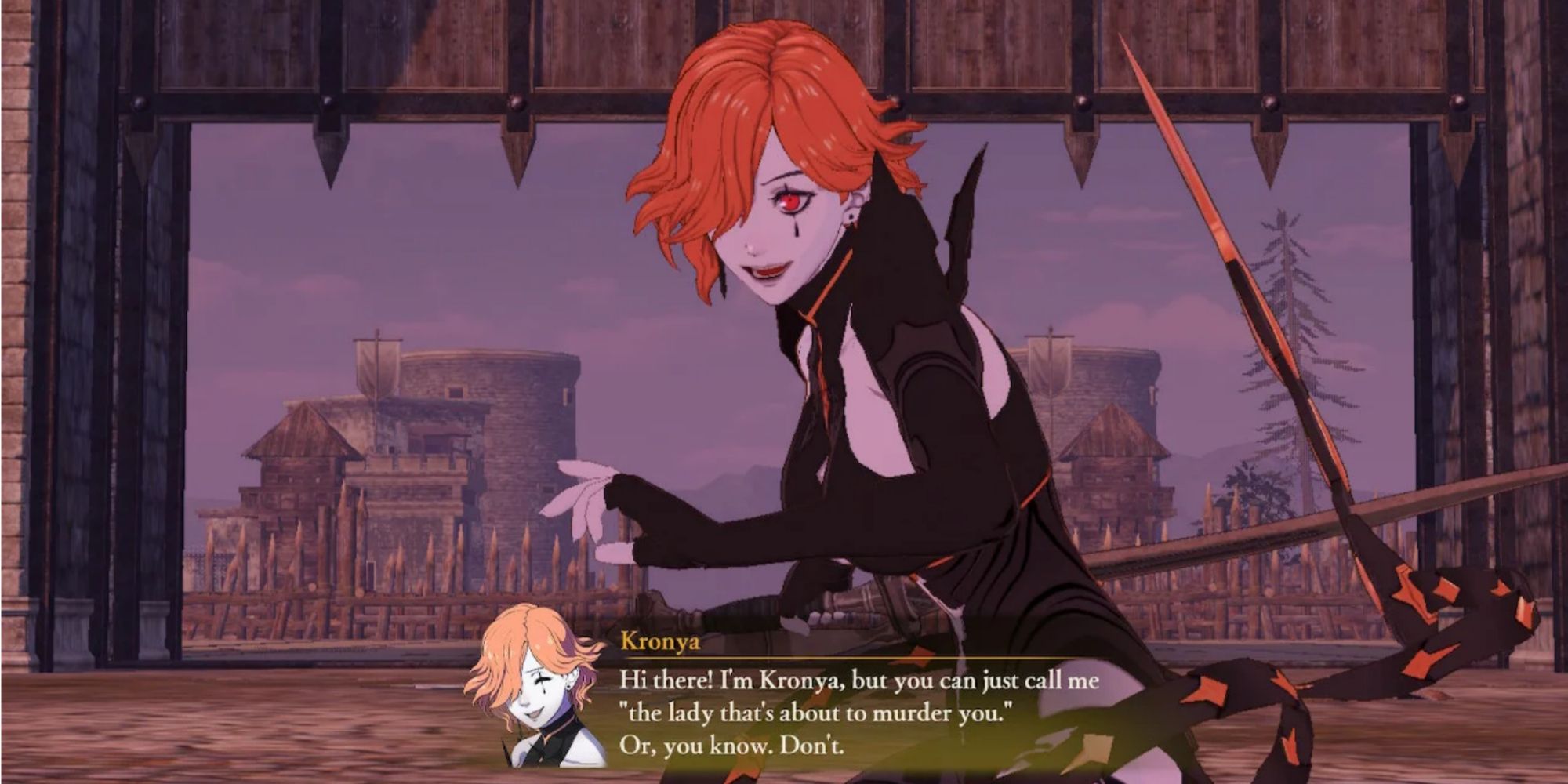 Kronya's wicked interpretation of a dagger is a fully wieldable sword in Fire Emblem Warriors: Three Hopes. However, to get to it, you will need to complete a whole route of the game once to unlock it in the Journal for 15 Renown.

While it is only a C-tier weapon, it has an increased critical hit rate that really packs a punch. 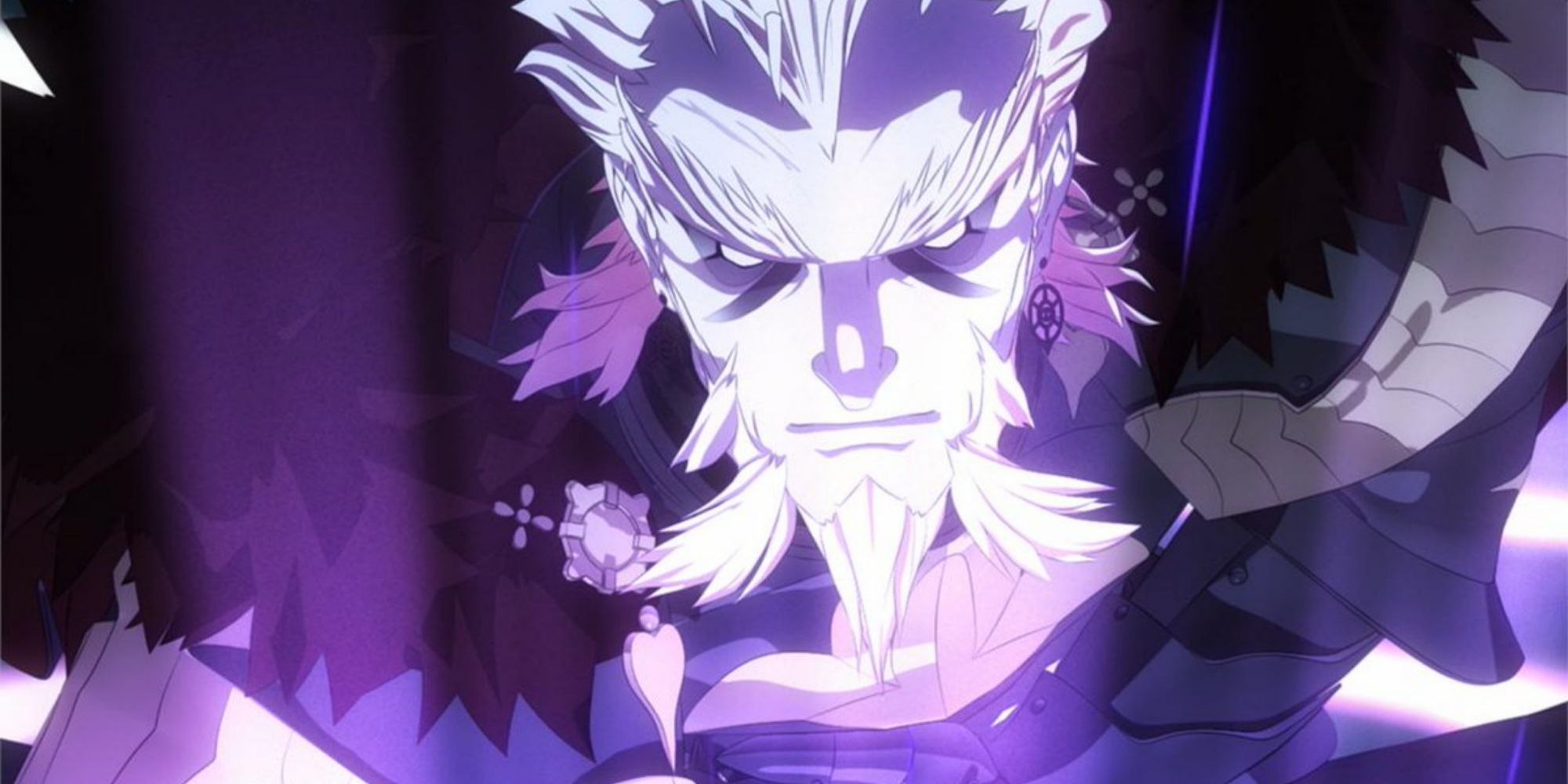 More cleaver than a sword, Fire Emblem Warriors: Three Hopes also gives you the opportunity to swing around the might Ridill, previously only used by Thales in Fire Emblem: Three Houses.

It can be unlocked for 15 Renown after beginning your New Games Plus playthrough and is especially effective in the hands of a magic-user turned fighter, as it deals magic damage instead of physical. 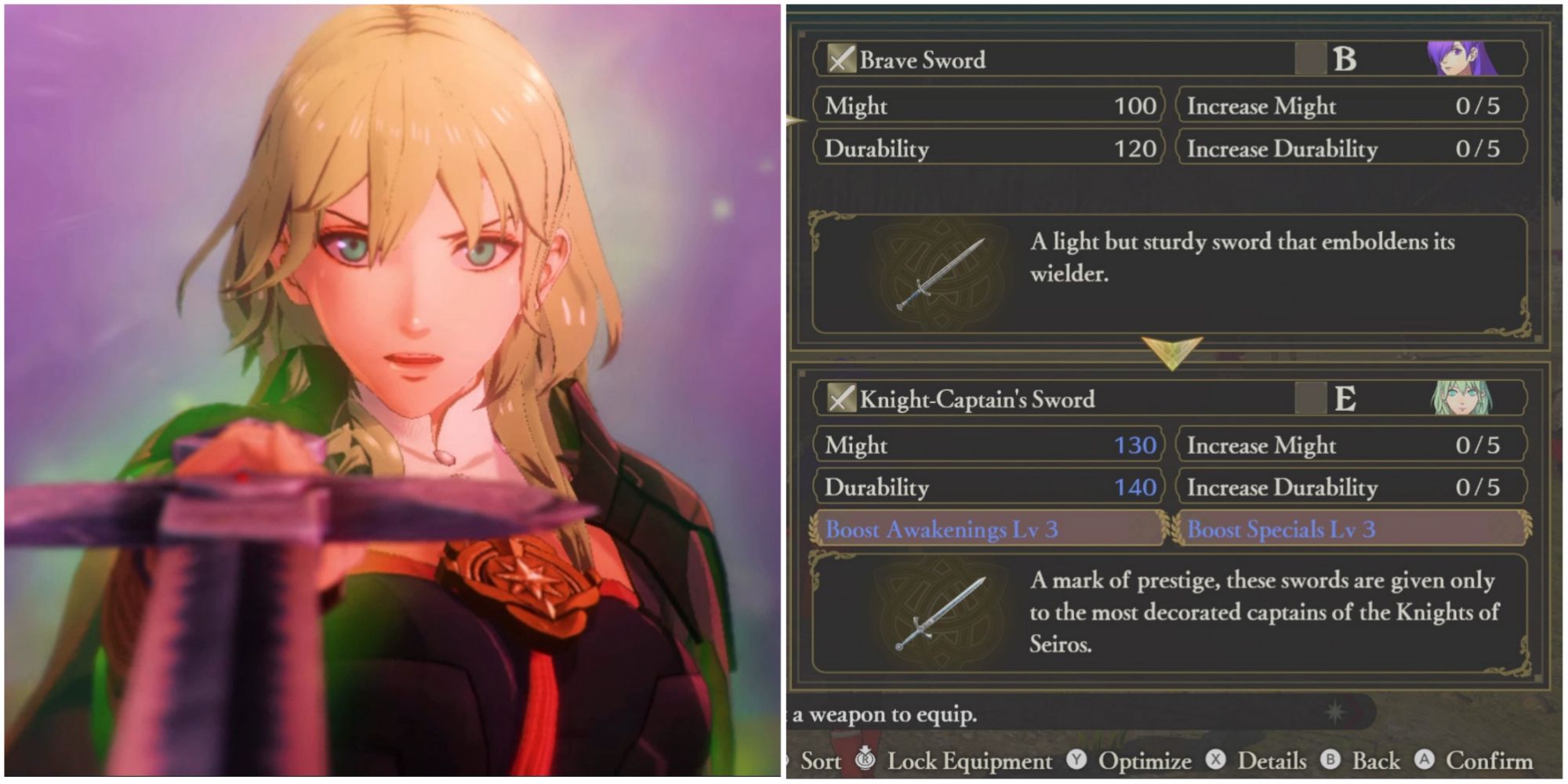 One of the best swords in Three Hopes is also the hardest to obtain. Getting it requires a certain secret character first, and the steps that must be met in order to do so across all three routes can be complicated.

Even at its base E-rank, it has fantastic might and durability and comes with a boost to Awakening skills and Special skills. With a bit of upgrading, this weapon is an absolute beast in the hands of its wielder.