Kenshi is a fascinating game that gives the player a rich sandbox and lets them do whatever they want. Players can strike out across the wasteland to explore the different areas and factions, they can gather followers and begin building an empire, or they can pillage and plunder the inhabitants of the world with a band of cutthroat recruits.

While the vanilla game is incredible, there are some mods that definitely improve things. Whether it’s quality of life mods, better skins, rich characters, or minor corrections which make the game a little more dynamic, here are some of the best mods people should consider including in their game.

Updated By Benjamin Baker on February 25th 2020: Since this article was published the modding community has had some time to create even more mods to improve and enhance the game. Some are subtle tweaks that have proven incredibly useful and others have introduced an entirely new dynamic that makes the game feel fresh and alive. Here are some of the best ones that have come out. 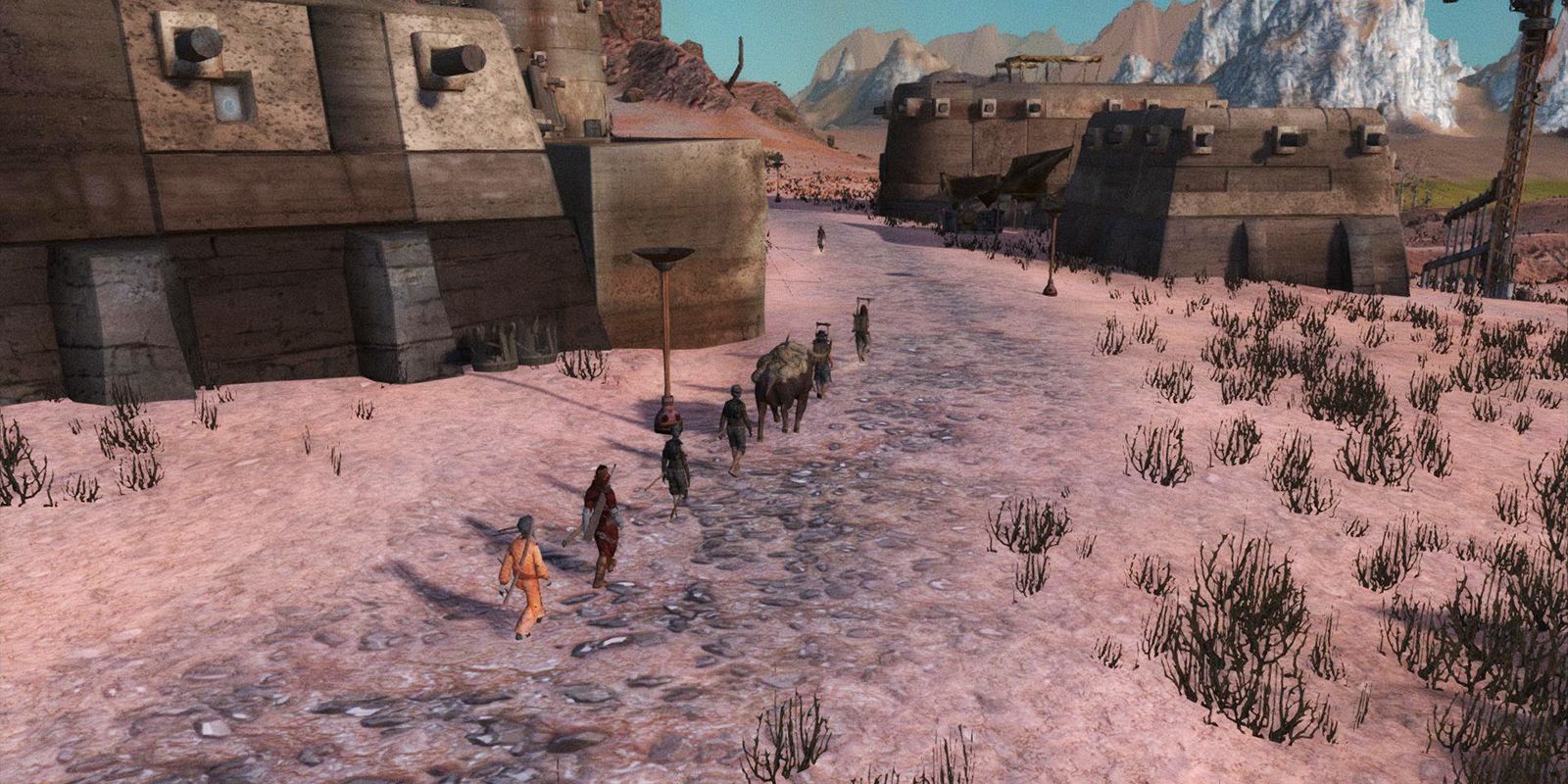 This creates a demand that the player can exploit to make better profits when trading. It also incentivizes a player to travel to different areas to sell the items they loot from bandits or find in ruins as different nations will have different prices for each item. 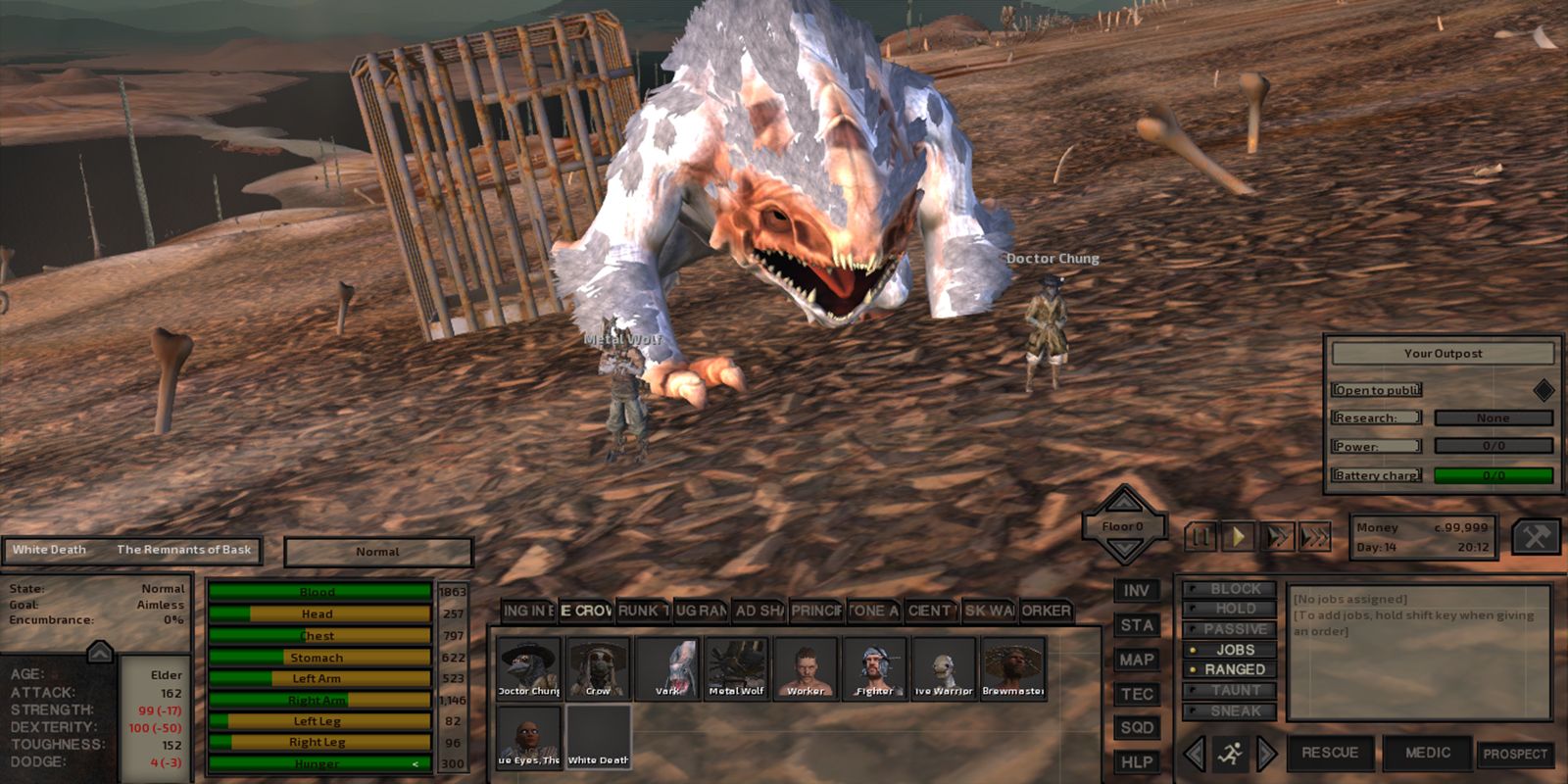 This is a great companion mod to the one mentioned above as it allows you to capture and domesticate various beasts for your own use. These beasts can either be helpful in battle or provide you with an efficient way to transport a large number of goods from one area to another.

The mod enables you to put unconscious beasts into cages, enable you to talk to and feed them to gain their trust, and once removed from the cage they will follow your directions. 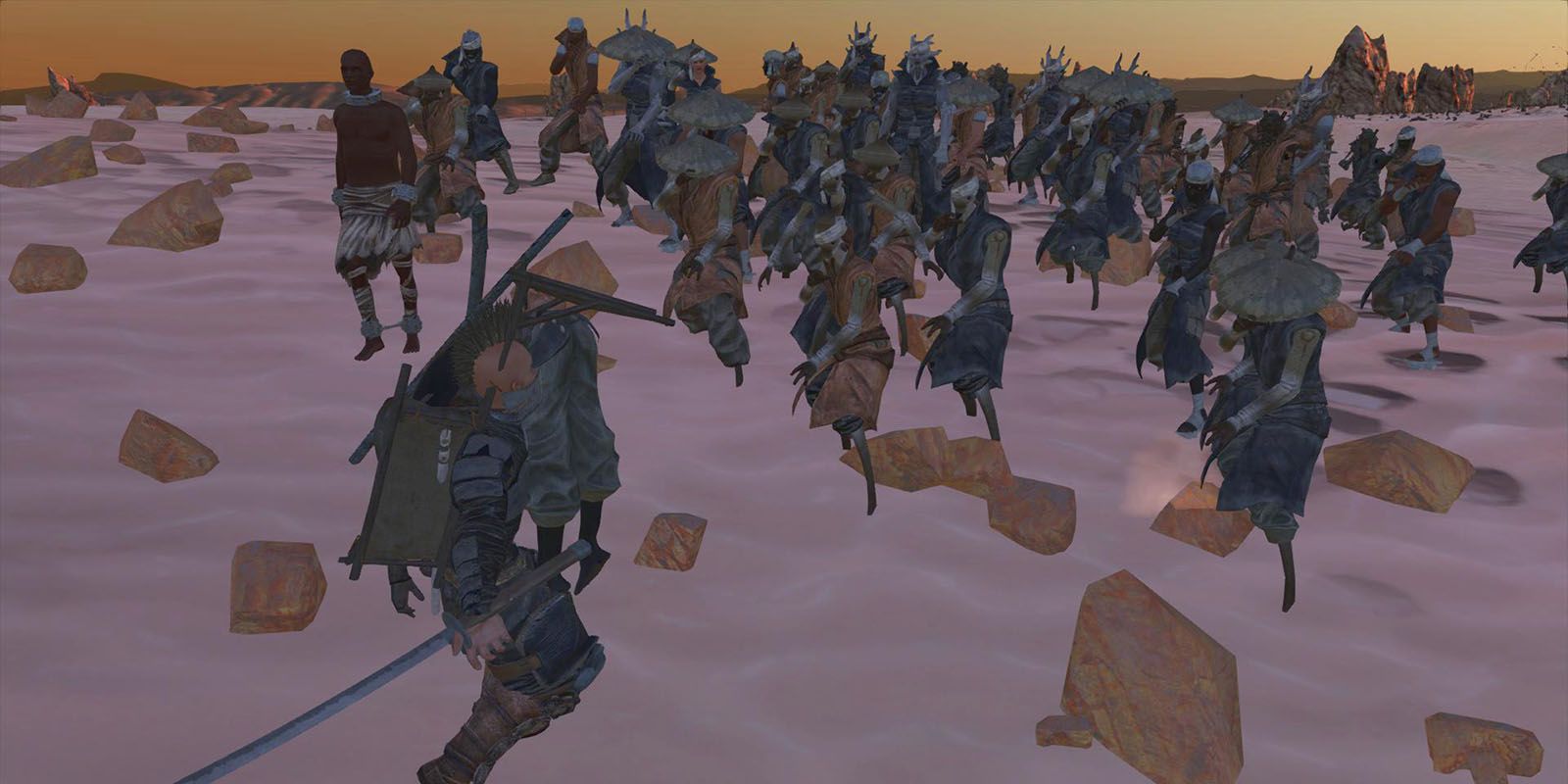 This mod sits highly among fans as it can be seen as a way to roleplay an evil tyrant or solve the game’s recruitment problems in the end game. While players can already buy slaves in the game to work for their nation, this mod gives players the ability to capture enemy combatants and make them operate on their behalf.

The mod also comes with an optional feature called Counter Attack that has the slaves start riots, rebellions, and cause problems for your empire. It’s a dark aspect of the apocalypse that this mod makes a tad more realistic and grim. 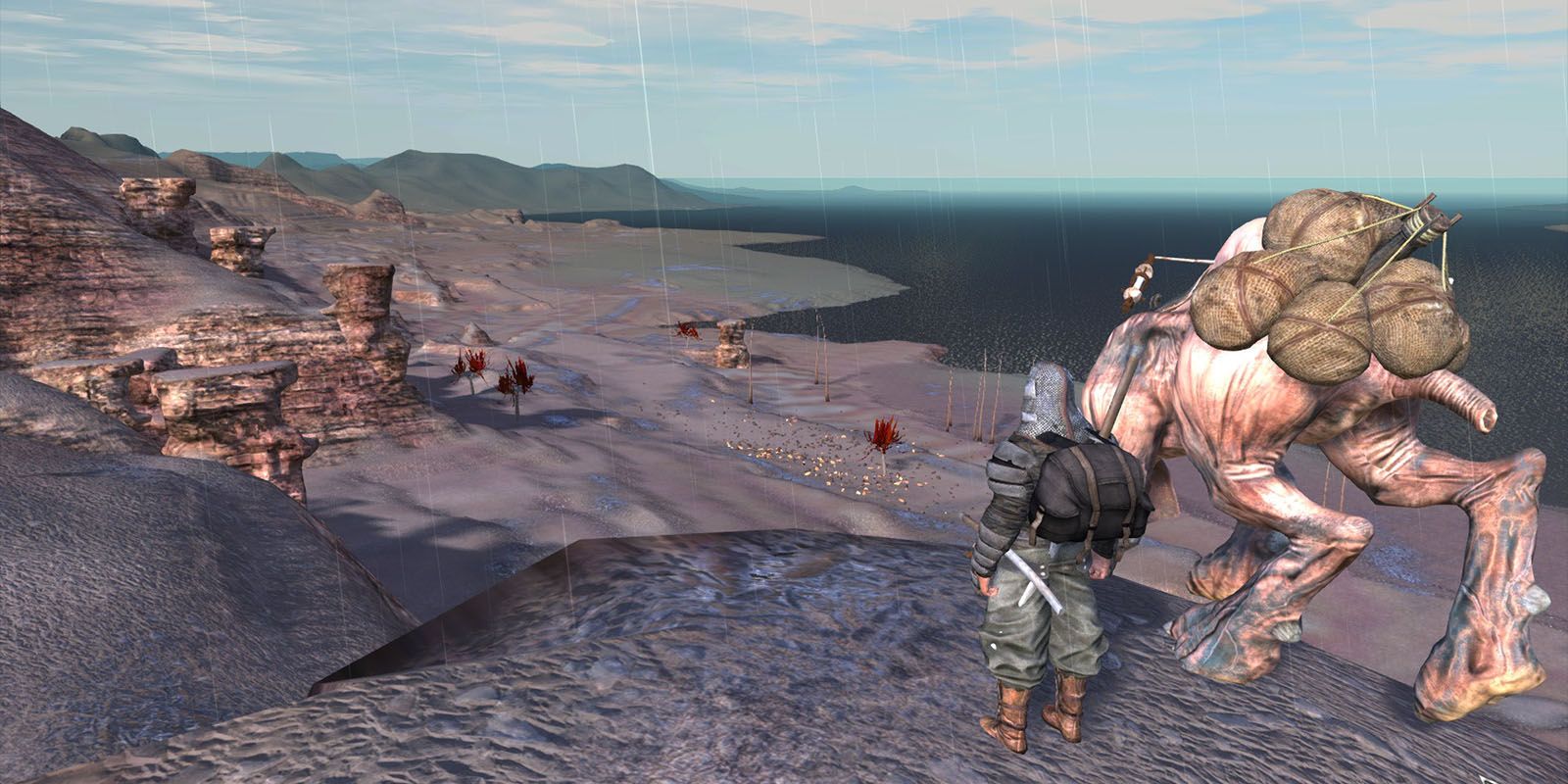 For an alternative method to swell the population of your empire you can use the Adventurer’s Guild mod. Instead of having to revisit the same old bars over and over again, hoping someone with halfway decent stats appears wanting a job, you can hire someone to do the hiring process for you.

Your apocalyptic employment agency can be paid a headhunting fee to source local recruits for your empire. Instead of tracking down and talking to each potential recruit you talk to an Adventurer’s Guild representative and hire an entire batch in one swoop. 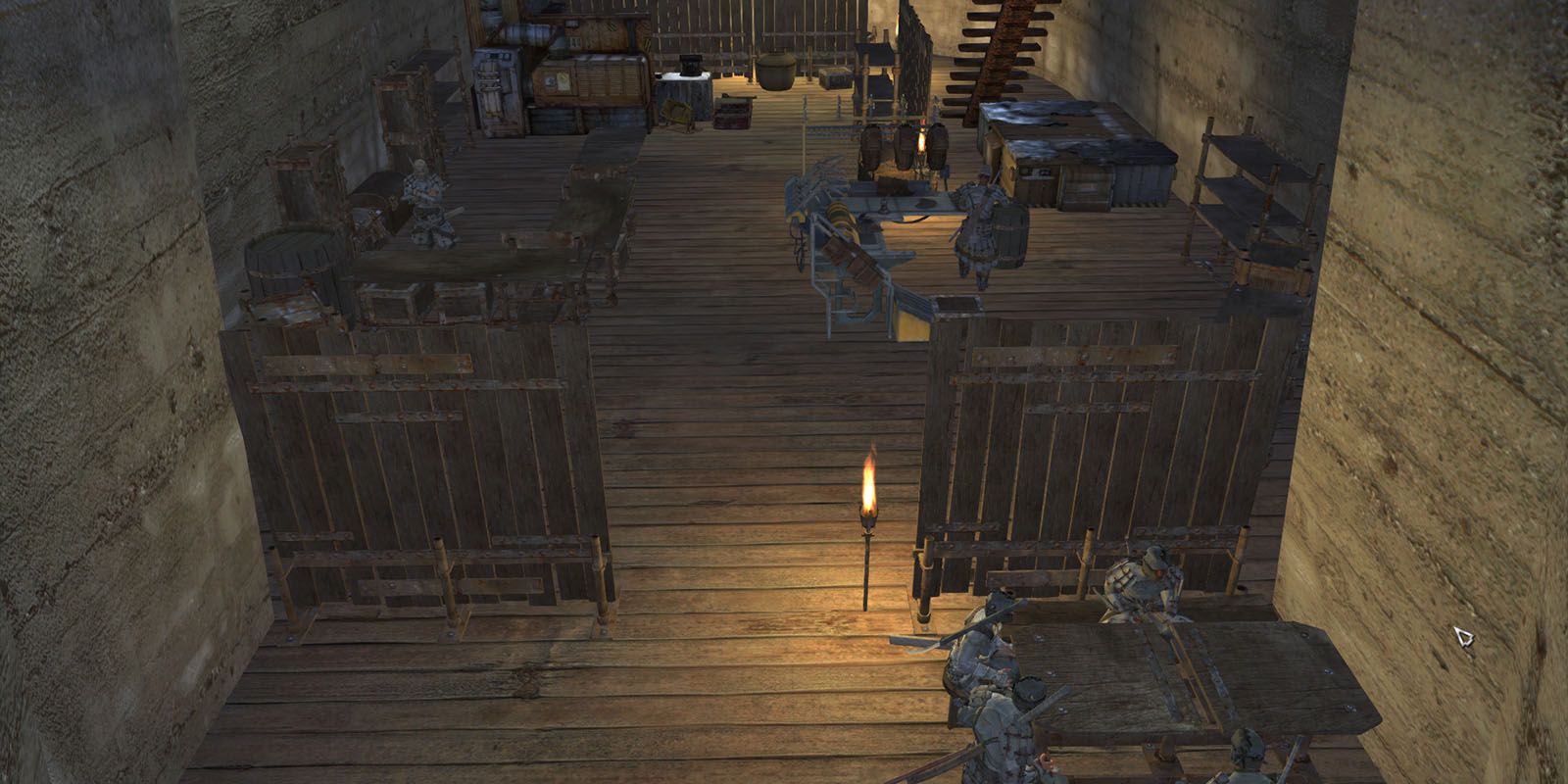 Running an empire takes some serious resources, and Enhanced Shopping is a great way to generate those resources. It tweaks the mechanics of NPCs visiting your shops, giving them additional income and shopping lists that make sense with their class. It also has the nice feature of making their spending limits more in line with their occupations as well.

There are a number of optional settings that can make this a convenient mod for making cash or a game breaker that will have you start looking for mods to make buildings out of gold because you don’t know what to do with it all. 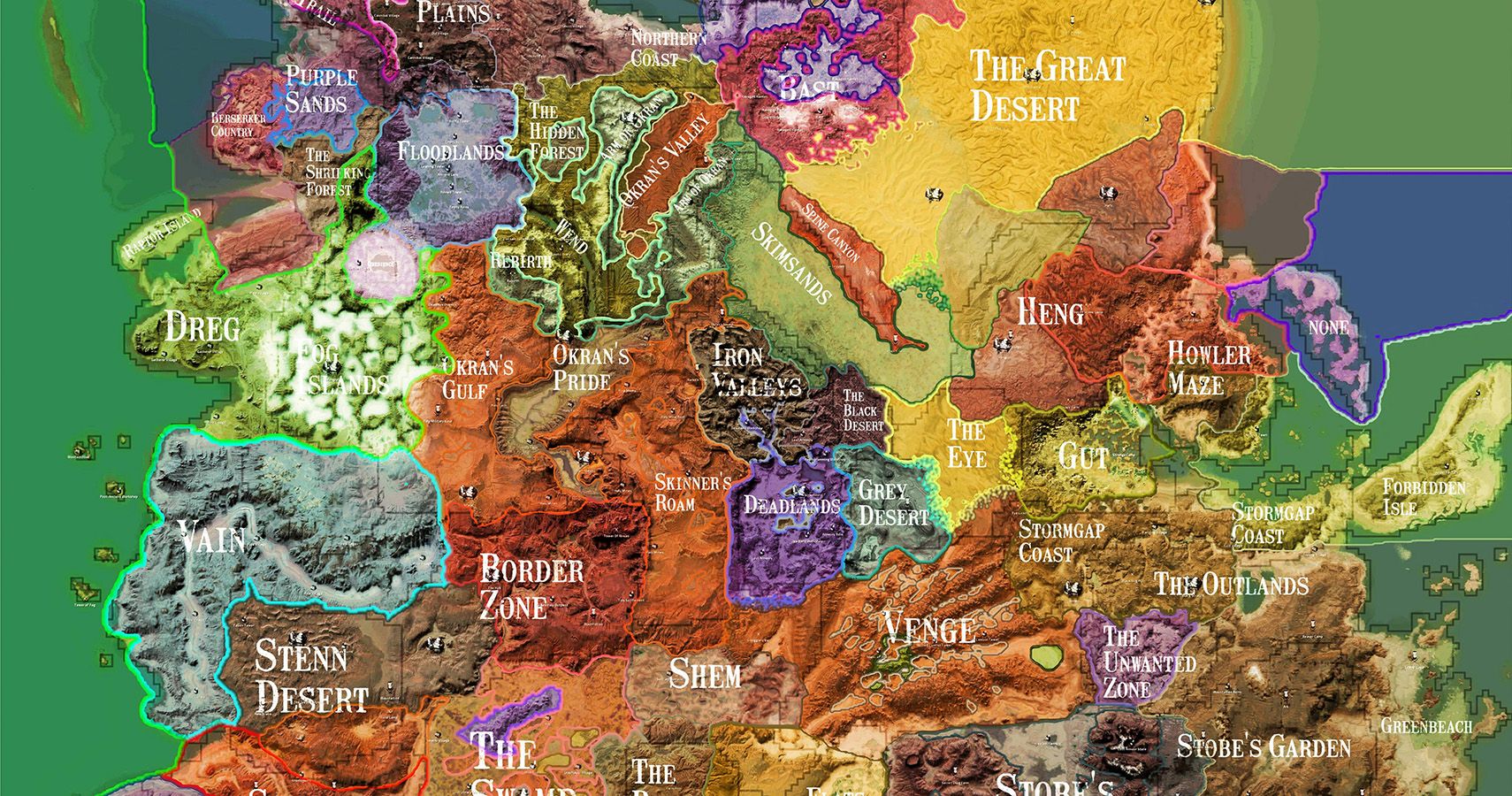 In the vanilla game, players have access to a massive map of the world that displays the entire continent and labels each of the areas. For empire builders, this is still lacking the essential knowledge of where one biome begins and the other ends. There’s also the problem that The Great Desert isn’t exactly like the Stenn Desert, but it’s hard to see that on the original map.

The Biome Map mod solves this problem by overlaying the map with an optional coloring scheme that differentiates and separates all of the biomes. With this map, players can see just how large The Great Desert is and that the Stenn Desert is brown, thus indicating that it’s rockier than the sandy Great Desert. It’s not a game-changer, but it certainly makes planning trips or selecting build sites a lot easier. 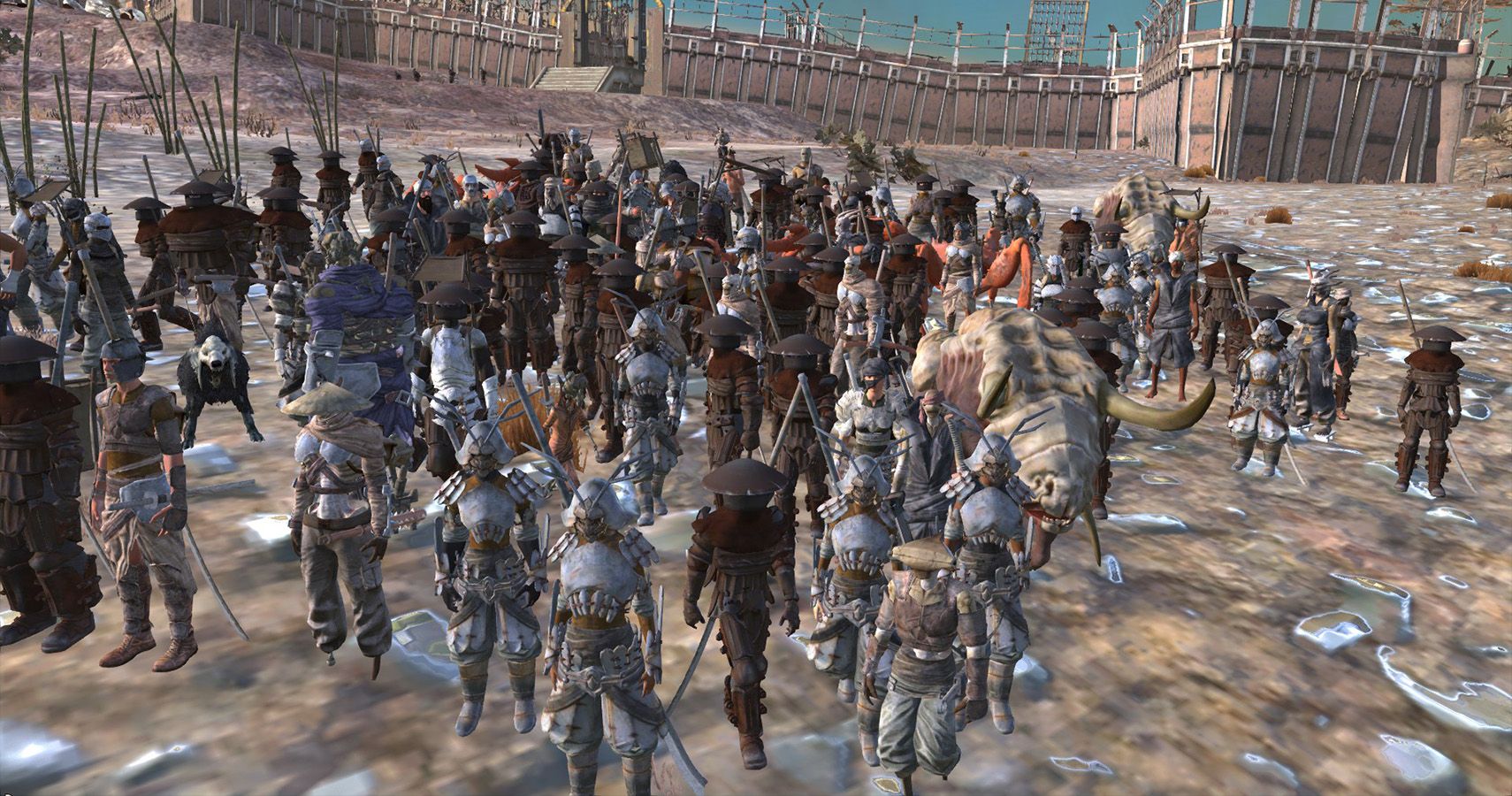 In a post-apocalyptic wasteland littered with creatures, cannibals, and bandits, it’s understandable that the world wouldn’t be terribly populated. But some players feel that the game feels unnecessarily empty and could do with a little more life in the cities and settlements.

The Populated Cities mod not only adds more numbers to the game, but it also makes them more realistic by giving them schedules to follow. It also gives a much-needed game mechanic that enables citizens to travel to your stores and buy from you. You won’t be stepping over people with this mod, but it does breath some life into the dreary world. 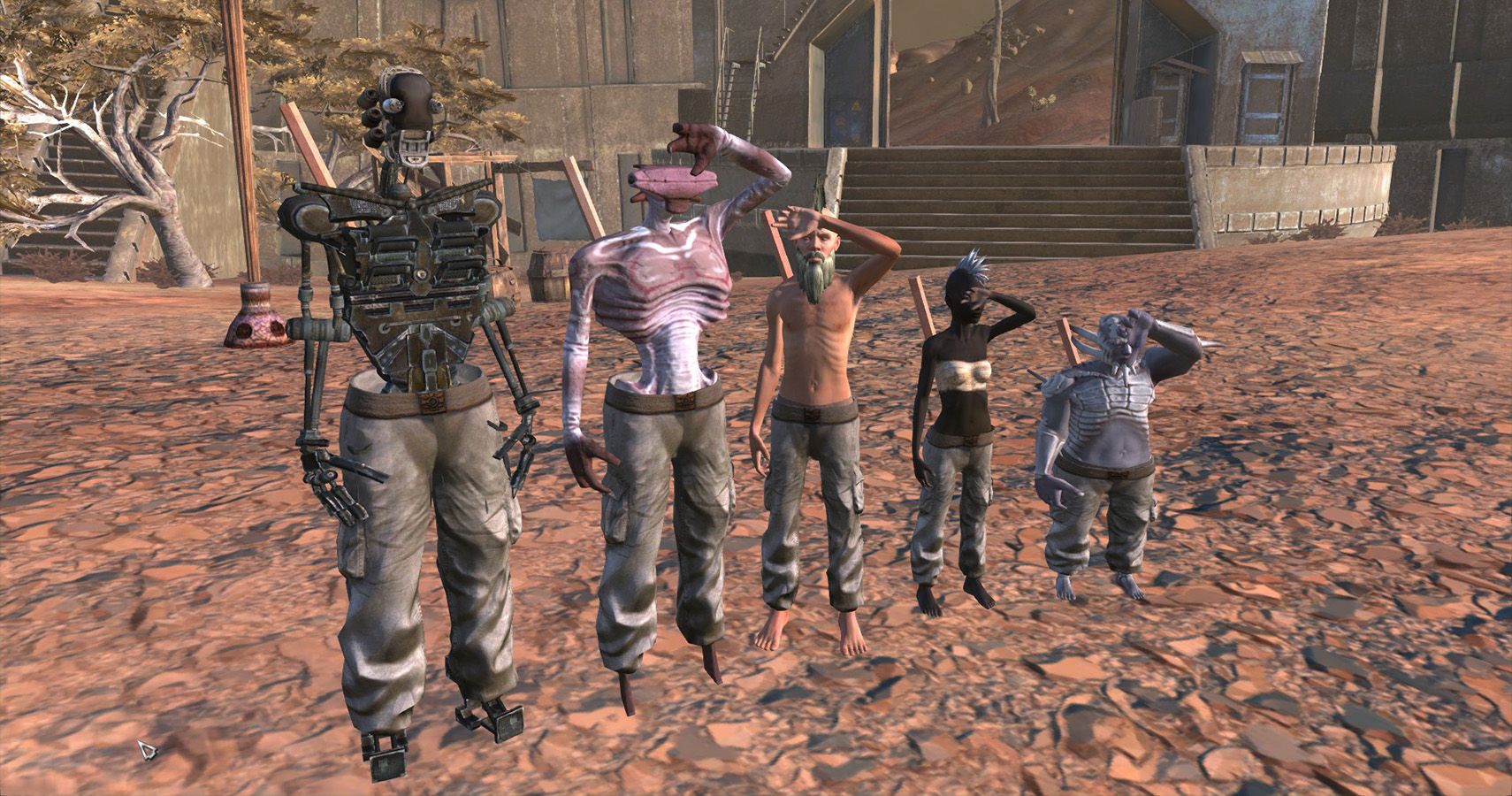 Recruits are a vital part of gameplay and your main companions for the majority of the game. While there are some unique recruits that provide flavor to your gameplay, many of the others are fairly generic.

The Interesting Recruits mod seeks to fix this by introducing over a dozen unique recruits with compelling backstories and many variations on the generic recruits. With this mod, you’ll be able to hire bored farmers, former slaves, reformed bandits, veteran soldiers, and cannibals, to name a few. It gives variety to your personal army and can make for an interesting squad to accompany you on your travels. 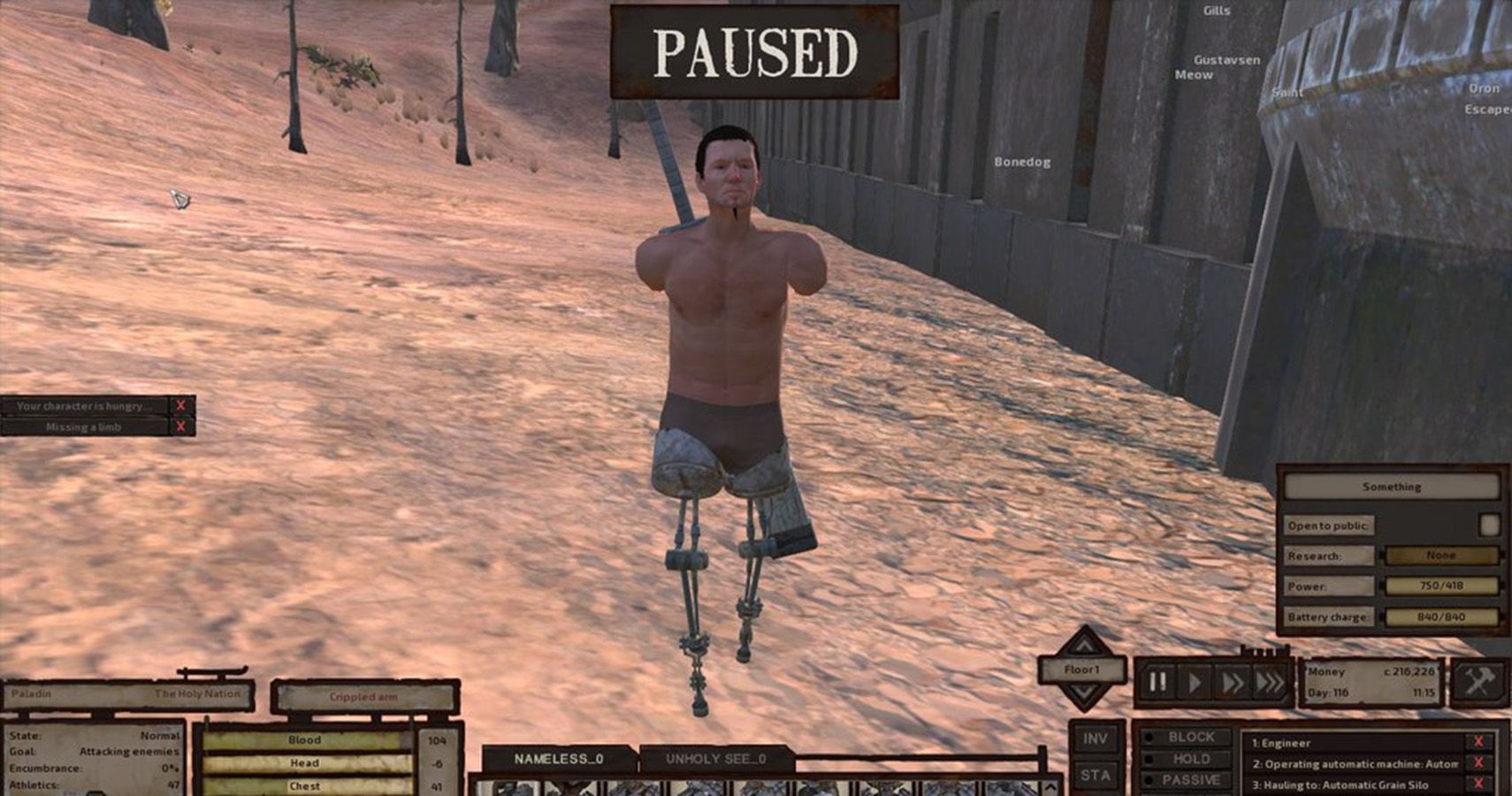 By far the most disturbing mod on the list, but there’s no denying it’s incredible usefulness. The peeler machine is available in the game, and there are rumors that a recent patch has made it available for player use. But this mod makes it significantly easier to obtain and removes many of the bugs associated with dismemberment.

Basically, the peeler machine will strip a body of its limbs to be used for another character. This Frankenstein-ish machine allows for some really morbid customization of recruits as players mix and match body parts. For those who are less sadistic, this mod is actually a lifesaver when dealing with recruits who have lost their limbs and need replacements. Whatever you use this useful machine for, bear in mind that it’s gory and the screams are disturbing. 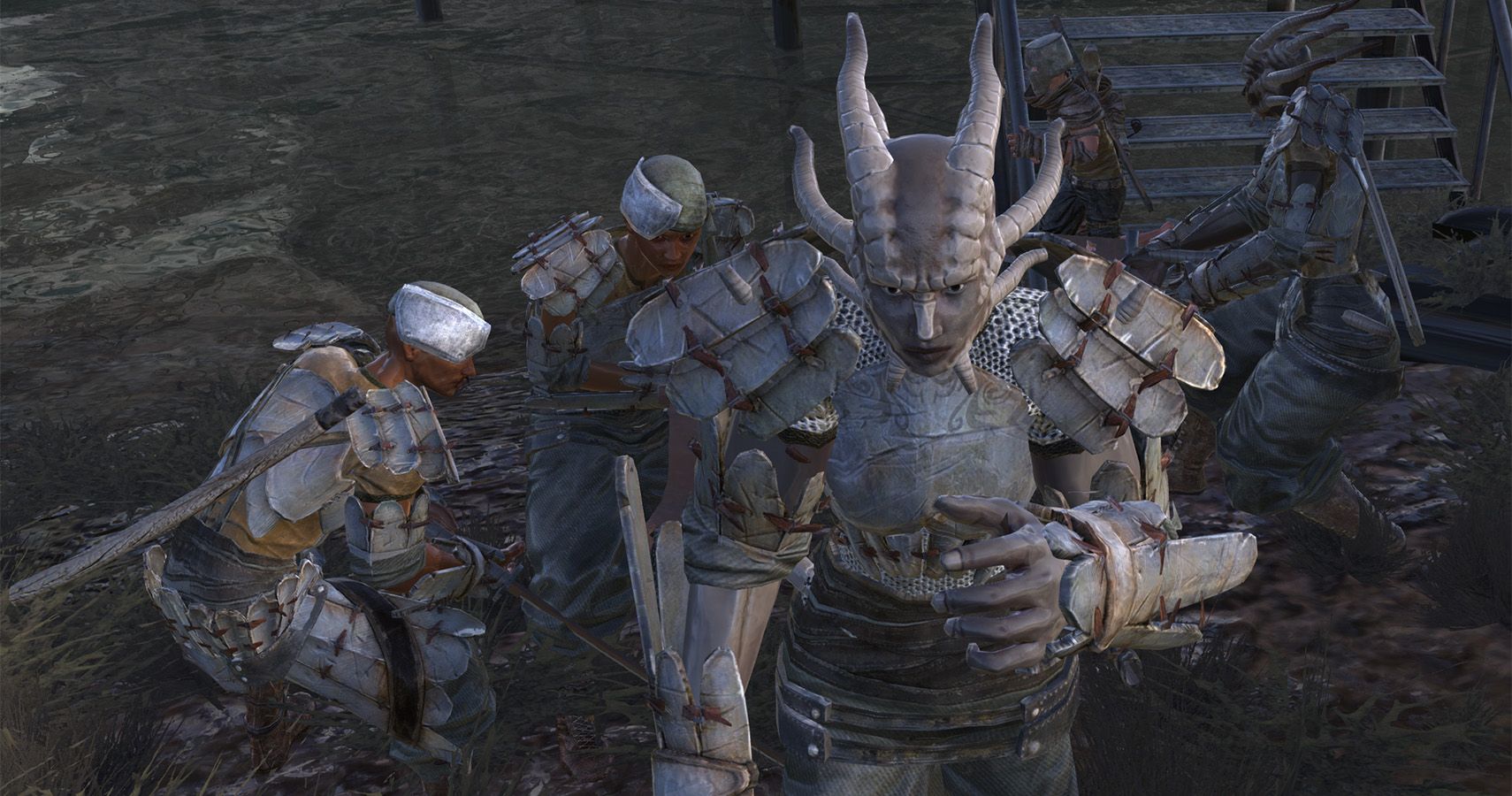 Mercenaries are an incredible helpful group in the game. If a player has a small squad and is worried about defending a caravan or a base, hiring a group of mercenaries to stick around and defend you is a huge blessing. Unfortunately, the vanilla game only permits the player to hire them for four days at a time, meaning the player will have to track them down and rehire them after four days.

The Longer Merc Contract mod solves this by raising the bodyguard contracts to seven days and the outpost guard contracts to 30 days. It’s a simple tweak that should be present in the game and is incredibly helpful for those needing the extra muscle without unnecessary micromanagement. 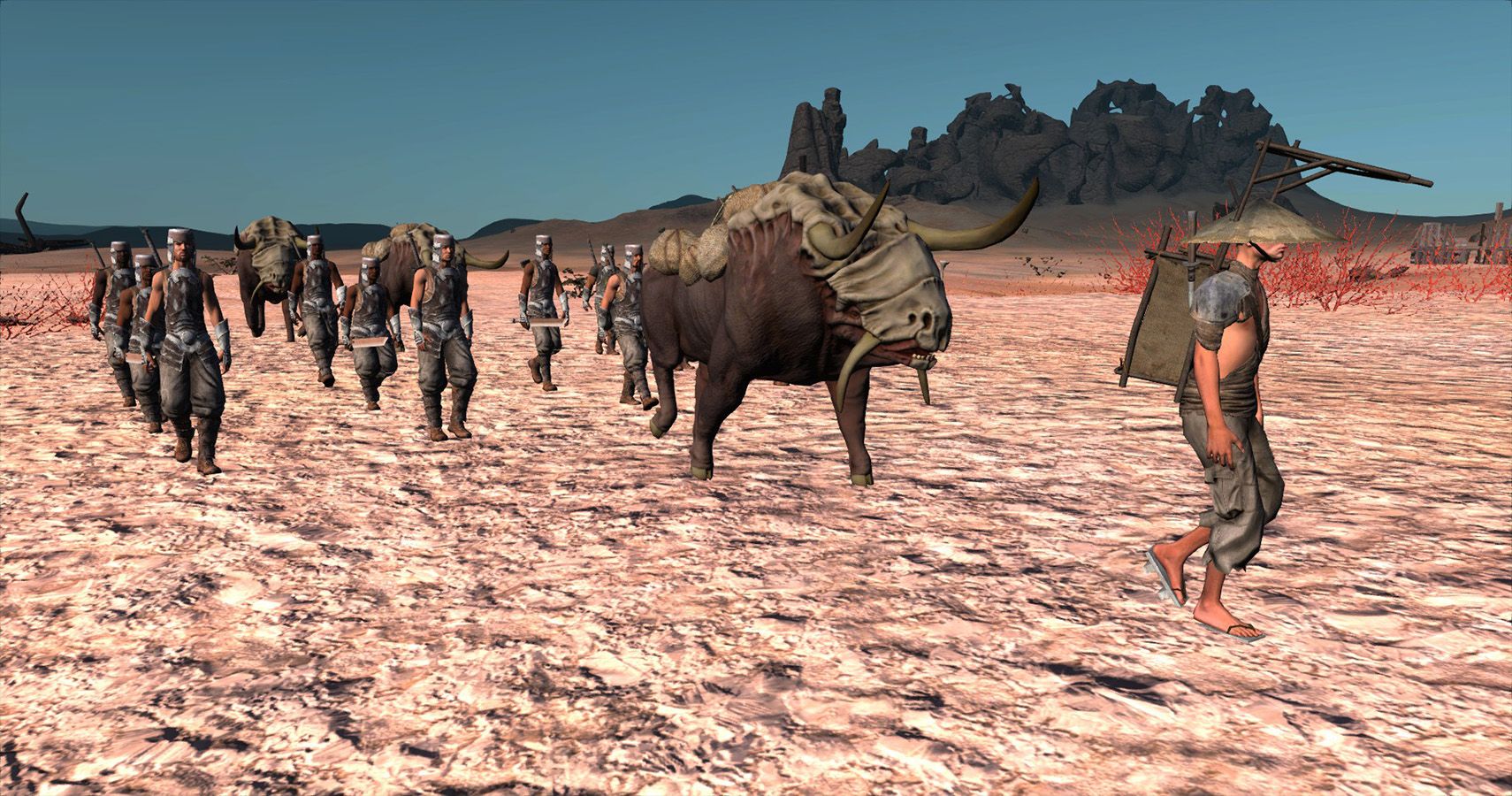 Speaking of caravans, the Faction Caravan mod introduces caravans in the game that represent the different factions present in the game. With this mod installed, players will now find Holy Nation caravans delivering supplies between cities or the Trader’s Guild making a trade run.

The mod sticks to the in-game lore so the caravans will behave as their factions do. For example, the Holy Nation’s caravans will frown upon non-humans. It’s a great mod for giving realism to the game, a little bit of company on the roads, and more targets for players wanting to act like bandits, which easily makes this a top five mod. 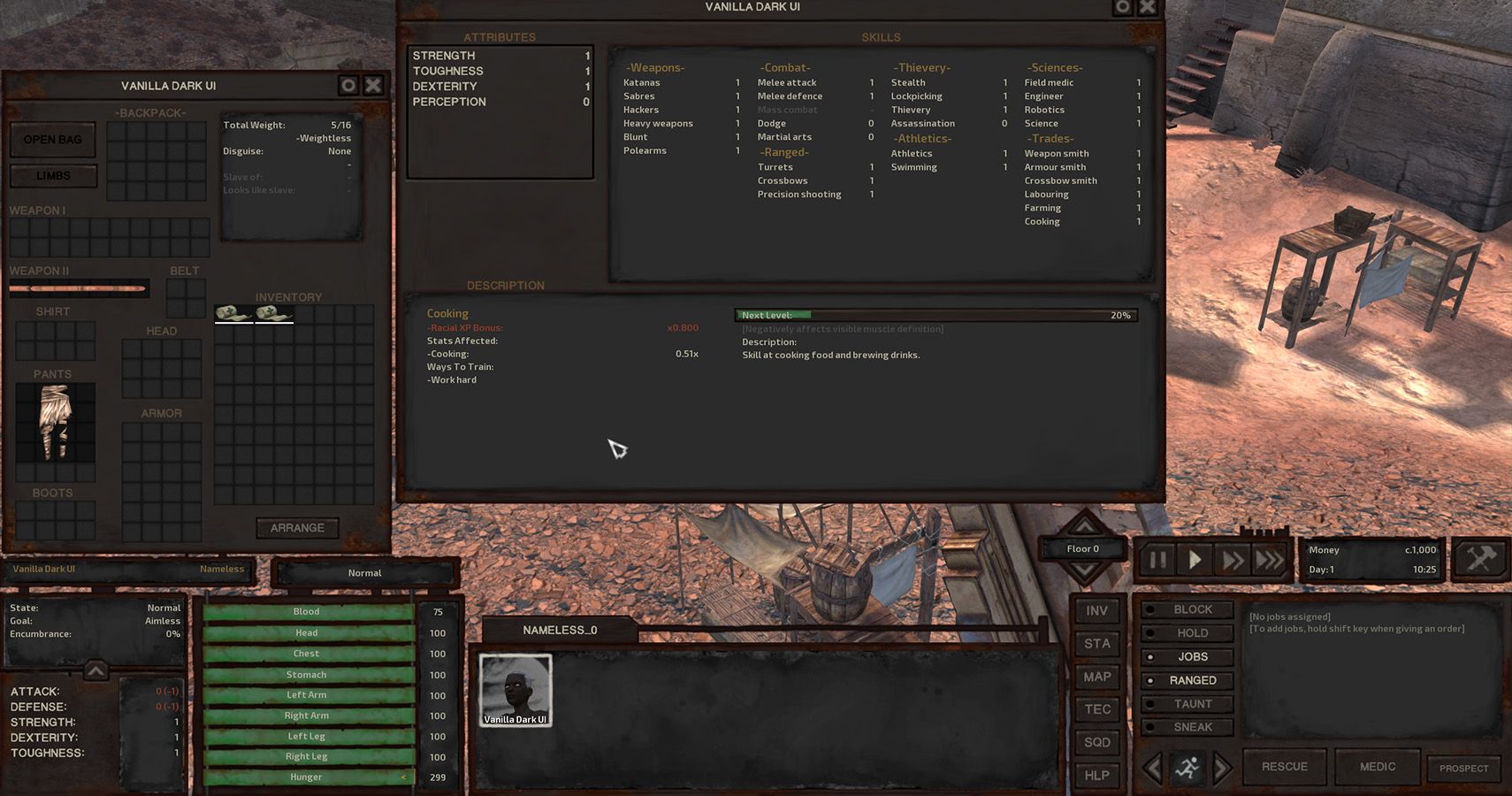 One common complaint is Kenshi’s UI in that it’s awkward to use and difficult to see at times. The Dark UI mod is simple in that it only changes the color of the layout, but that small change is immensely helpful and easier to use.

In addition to being darker, it also cleans things up and gives everything an edge to it making the UI much more polished than before. Again, this is a simple mod and it doesn’t change much game wise, but even the most anti-mod player will admit that this is a definite have when playing Kenshi. 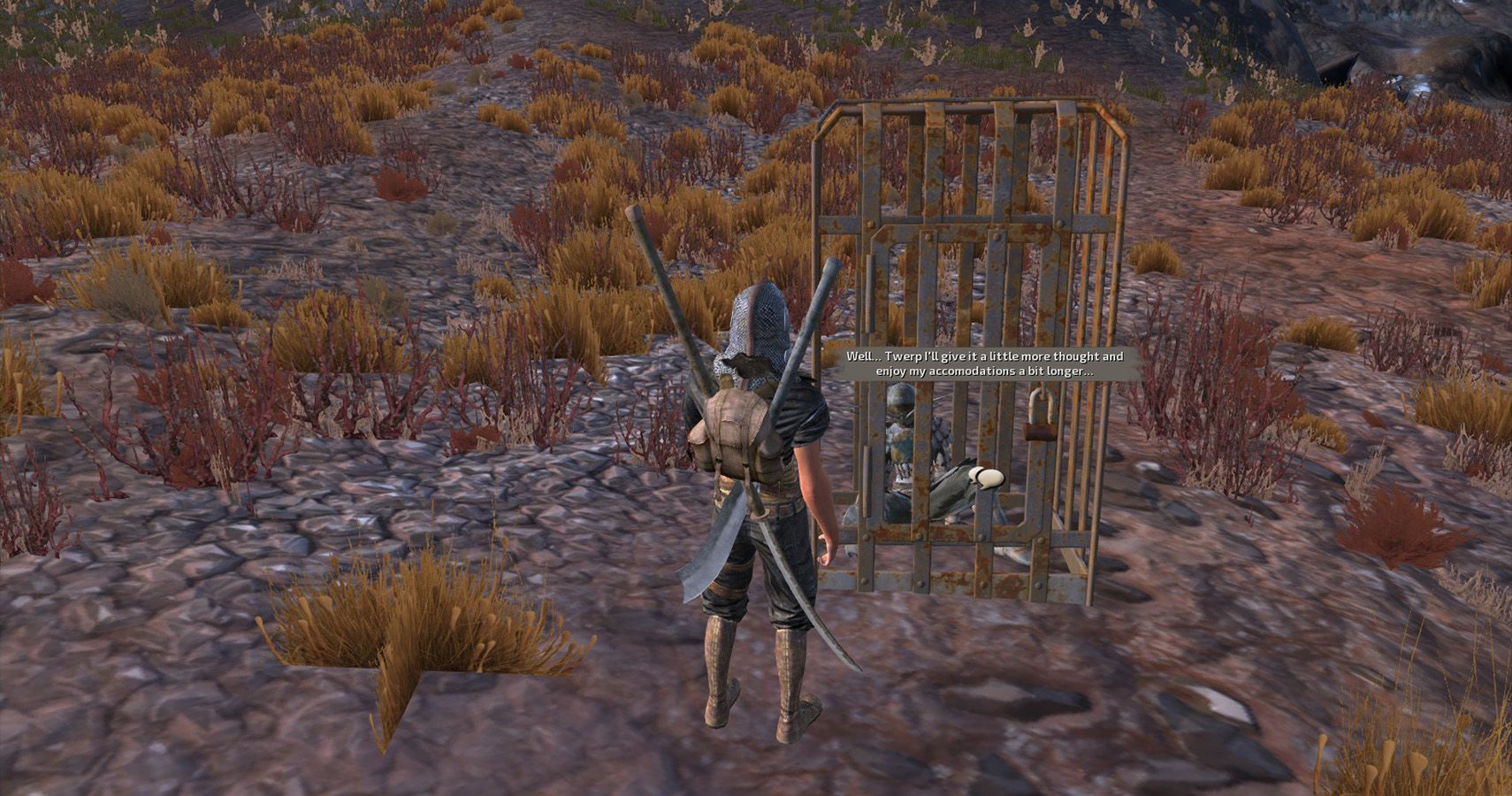 As stated before, recruiting is a vitally important element of survival and progression in Kenshi, and any mod that enhances this is going to be a game changer. Prisoners in the vanilla game don’t serve much function other than you can sell them to certain factions or use them as living training dummies for your recruits.

The Recruitable Prisoners mod gives prisoners a small chance of being willing to join your cause. It doesn’t sound like much, but it’s the only way to obtain certain races and recruits and replenishes your losses from battle. It’s a helpful and very popular mod earning it a spot in the top three. 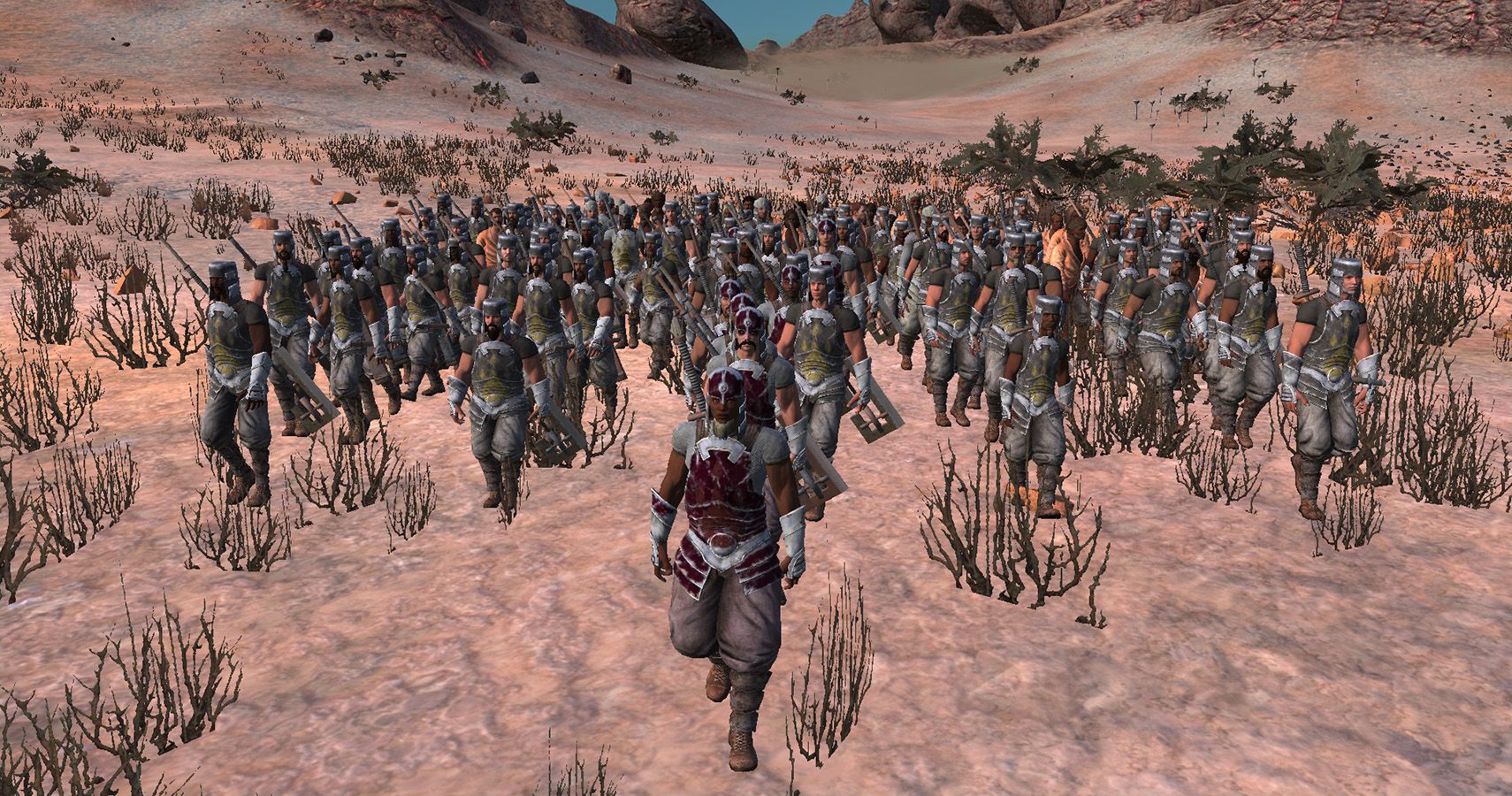 This mod may sound like it’s overpowered, especially if your primary goal in the game is wandering around attacking people, but for empire builders, this mod is amazing. It raises the maximum recruitment limit from 30 to 256 and gives you the option of having 20 squad members instead of a measly five.

With 256 followers, players can create a huge base that churns out a mass amount of goods, establish multiple cities, or have a large army follow them around as they pillage other settlements. The fact that it’s often the most downloaded and used mod means lots of players agree. 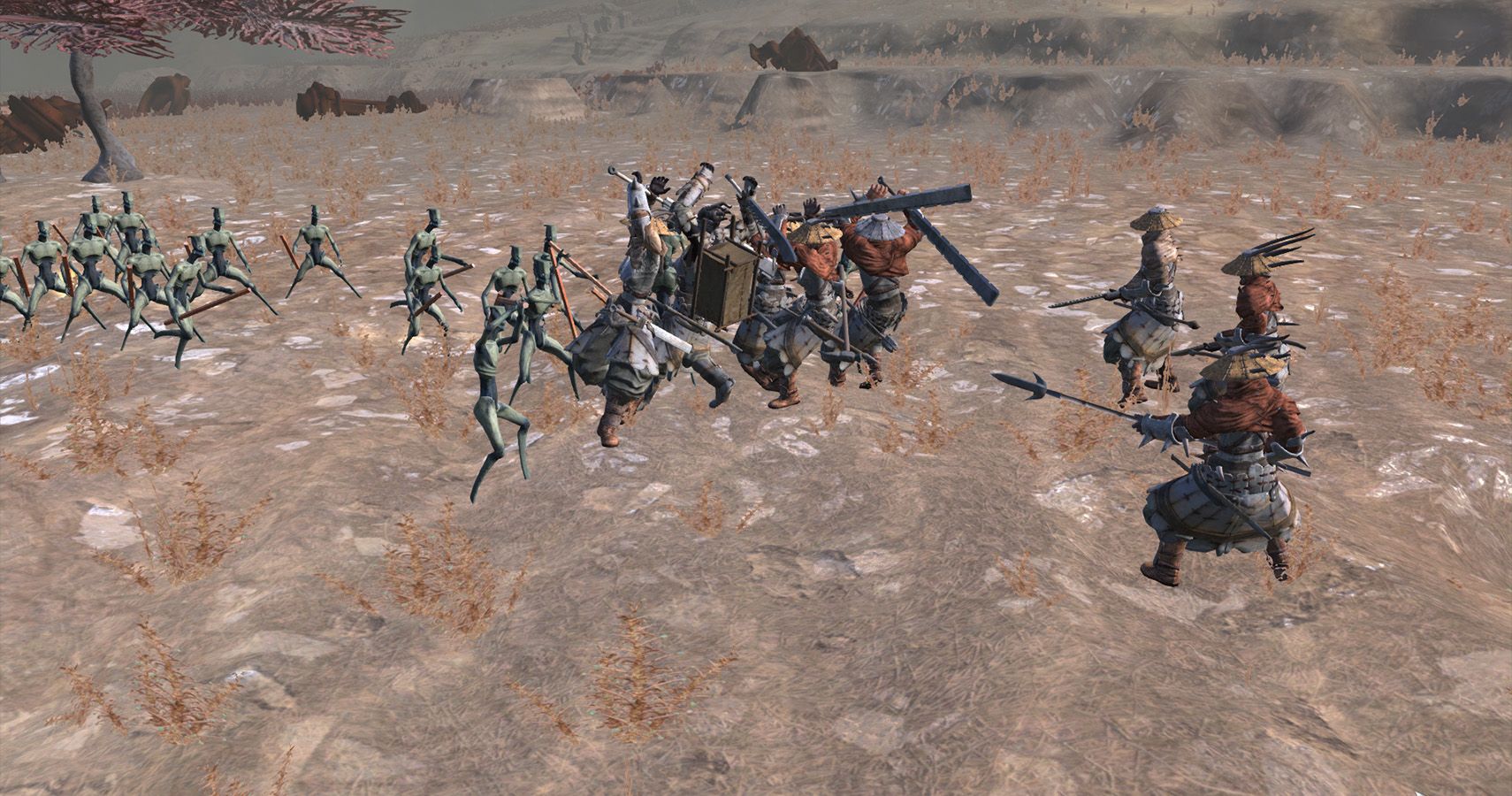 Hands down the best mod in the game, Reactive World takes an already astounding game and makes it even better. With this mod installed, the game world will shift and change as other factions and other characters behave in realistic and exciting ways.

Some examples include the dust bandits descending into civil war if their leader is killed to determine the new king, Hives wreaking havoc if their Queen is taken, cannibals created tribes that war with each other for control until one war chief is left standing, and so much more. The unique scenarios this mod creates for the player and the situations often created by the player makes for some of the best gameplay this game has to offer.