The dominoes tipped over for the Game Developers Conference in the past week, as fears of the coronavirus (COVID-19) prompted more big game companies to drop out of the conference.

Unity, Microsoft, and Epic Games bailed out in quick succession on Thursday. And before that, Sony, Electronic Arts, PUBG, Kojima Productions, and Facebook/Oculus all dropped.

The GDC is an institution that draws 29,000 developers to San Francisco each March, and it’s a bellwether for the game industry when it comes to innovation, issues, and big launches. But the GDC got pummeled after a new case of the coronavirus was discovered in Northern California on Wednesday, the Centers for Disease Control warned of out-of-control spreading, and San Francisco’s mayor made an emergency declaration about the outbreak. The U.S. State Department has issued travel advisories. Other events, from Mobile World Congress in Barcelona to Facebook’s F8 developer conference scheduled for May, have also been canceled. The GDC going down would be just a blip in this larger state of affairs around the globe. Heck, it’s possible the Tokyo Olympics will be canceled.

Like many of my colleagues and professionals in the game industry, I’m struggling with this hysteria. It’s a bit like the aging video game Plague Inc. (which disappeared from iOS in China this week), where you see a fictionalized view of a pandemic. The GDC said this morning the show will take place as expected in March, and it is “watching closely for new developments around” the coronavirus. A cancellation feels inevitable, but I would be sad if that happened.

Fear of a ghost town 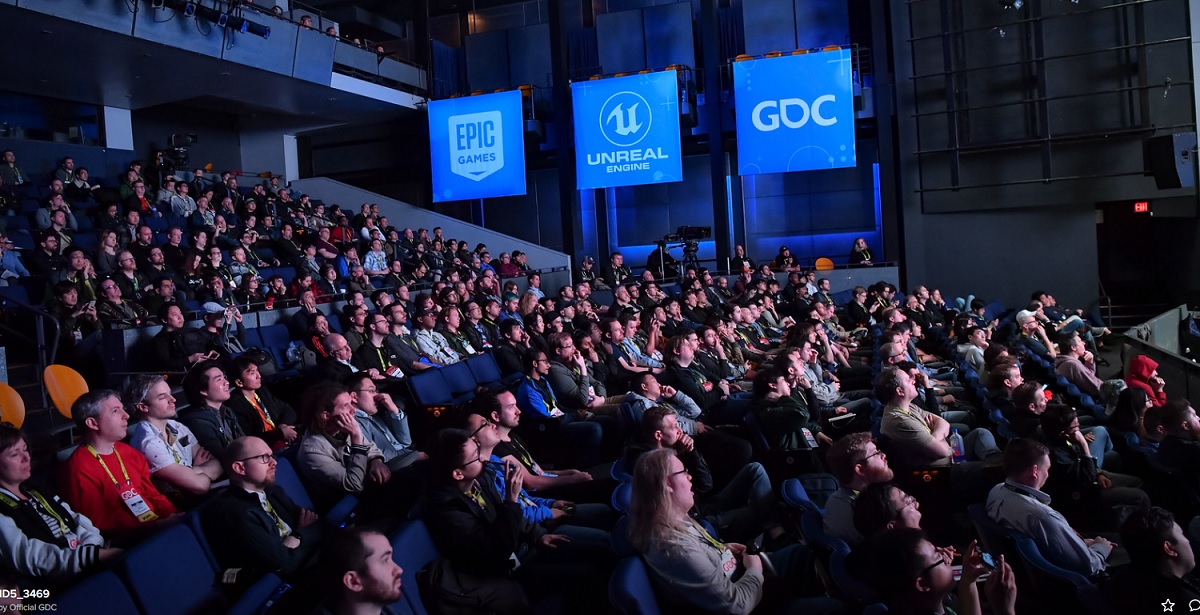 The fear is running deep, spooking the stock markets and broader society far beyond GDC and far beyond many other panics that I have witnessed.

Each time one of the big game companies decided to skip GDC, they cited the health and safety of their employees. I see on social media that a number of other attendees are bailing out. I see a lot of dark humor about this.

A poll by game developer site Gamesmith on Thursday of more than 1,000 game developers showed that 35% polled are still going, 14% are undecided, and 34% are definitely not going due to the coronavirus. Another 14% said they weren’t going for other reasons.

As someone who runs a conference (GamesBeat Summit), I can sympathize with the GDC. A lot of paranoia is out there. But it’s also heartbreaking to see, as it is one of my favorite conferences of the year. And it’s feels like an overreaction. But I recognize that far brighter people than me can make pronouncements about how safe it is to attend. Many who want to go are saying, “Don’t panic.”

Their common refrain is that more people have died from the flu every year than the coronavirus has killed so far. 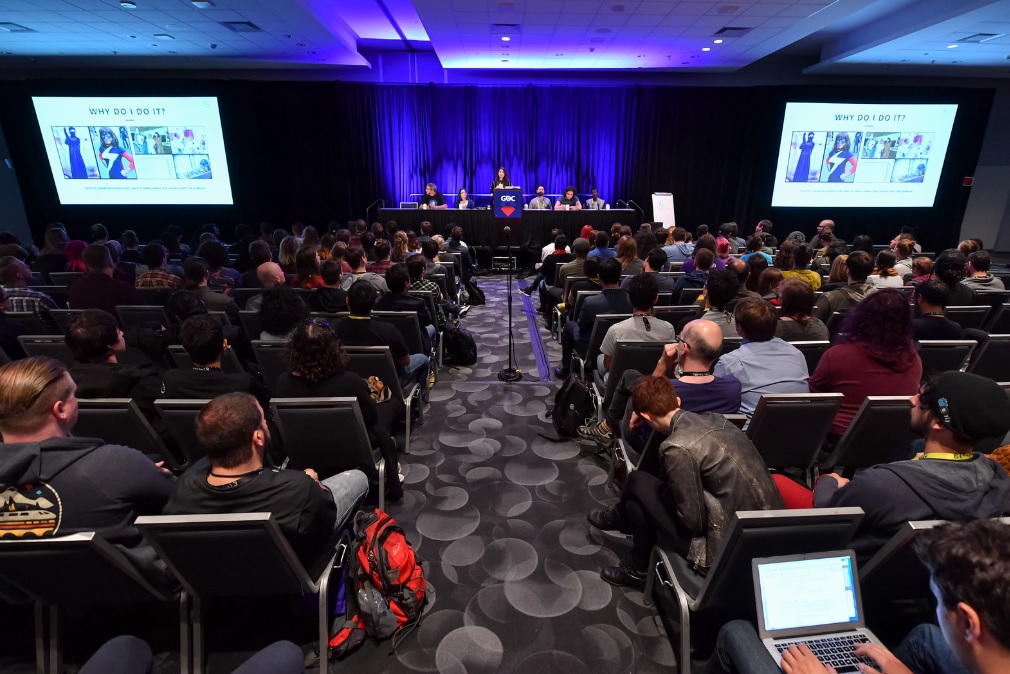 Let’s not forget what’s at stake, and how fast this crisis has developed day by day. A month ago, the virus had killed 106 people and infected 4,515 people. As of today, it has killed more than 2,800 people and infected more than 82,000. It’s nowhere near the 646,000 the flu kills in a year. But doesn’t the growth rate of the virus, now present in 48 countries, strike fear in the heart of everybody?

Some of this fear is turning into anger. We’ve seen a lot of hate directed against Chinese people for allegedly starting this mess. Some GDC attendees are trying to get their money back from airlines, hotels, and the show itself. The folks facing this anger have to tiptoe delicately.

The GDC isn’t changing its existing refund policies, and some are speculating that it is awaiting a declaration of an emergency so that it can recover funds via an insurance process, rather than just take a bath on the cancellations.

Meanwhile, I continue to get pitches from people still going to GDC, including a number of smaller companies that would be tough to meet with if the giants were still going to the show.

It’s probably a good time to consider online-only events like Rami Ismail’s GameDev.World event. But I don’t want to get into too much of that conversation now, as it suggests opportunism.

I’m more like in a state of mourning over what GDC is facing. I would like to see or interview many people, and now I know I won’t see them. It will be sad and lonely to see a lesser show when games have become a huge industry, pushing well above $100 billion and breaking into the mainstream culture like no other time. I see some amazing panels at GDC, and I appreciate them so much.

It’s not just the GDC that is going to hit from this virus. Esports is on its crest, with lots of deals happening and tons of viewers flocking to watch these events. But while they are broadcast online, the excitement around esports events is that they take place in physical places, where people gather in close proximity and cheer on their favorite cyberathletes. It is suffering from the coronavirus.

What solace do we have? At least people can stay at home, disconnected physically from each other, and play online games. At home, they can play games like Plague Inc., though they should heed the warning from the developers: This is fiction, not a scientific model. Online games should see a kind of boom while this virus runs its course. And as I think about playing some Call of Duty online, I would remind myself and everyone else about how nice it is to meet with friends and strangers and build new connections.

As of now, I’m still going to GDC. A part of me feels like this setback has a small silver lining, as it will take us back to the classic GDC shows of the past. In recent years, I haven’t had time to check out many sessions or panels. That’s because big game companies show up with game previews that can last for hours, and platform companies stage sponsored press conferences that I have to cover for news. This lessens the chances for me to go to panels and hear about the clever ideas of prominent developers or listen to alternative viewpoints from indie devs. This year, all of that must-attend clutter is out of the way, as the big companies have bailed and the little folks are left.

But I’m thinking about how much time I want to be there. And what would have to happen before I would decide on my own — assuming GDC doesn’t pull the plug itself — not to go? If a lot of the big companies bail, then other folks probably will as well. Based on that poll, GDC might shrink to below 10,000 people.

Will it be safe for you to go? I’m not giving medical advice. But some big companies clearly aren’t taking the risk. And as one of my own event advisers said, “answer hazy, ask again later,” as the old Magic 8-Ball would have told us.

P.S. Lastly, all of you Californians and Super Tuesday voters, don’t forget to vote in the primaries. Your vote counts.

Related posts:
02/28/2020 News Comments Off on The DeanBeat: The coronavirus knocks down the dominoes of the GDC
Hot News
It’s Time For Oblivion’s Shivering Isles To Make A Comeback
MultiVersus Dataminers Have Gained Access To A New Original Character
Why 5G and the edge could be the keys to the metaverse
lisinopril 5mg half life
Would Better Call Saul Be Even Better If It Wasn’t A Prequel?
Recent Posts