Mythic items are one of the strongest types of equipment you can collect in The Elder Scrolls Online. Although standard five-piece item sets and monster sets are great in this MMO role-playing game, mythic items provide you with a powerful alternative that only requires one piece to use.

What Is The Ring Of The Pale Order? 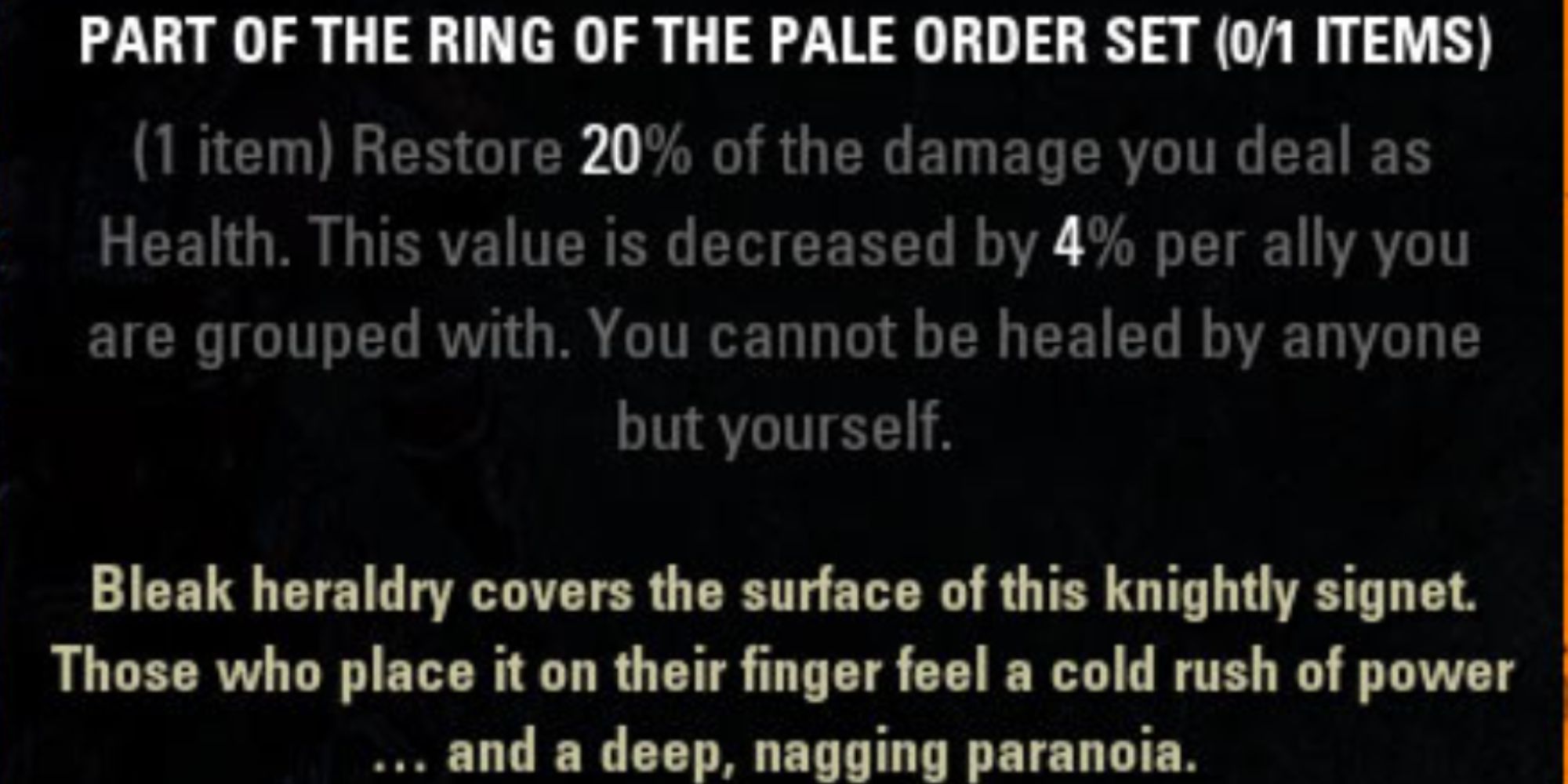 The Ring Of The Pale Order is a powerful piece of jewelry that only requires one set piece to use. While wearing it, you heal for 20 percent of the damage you deal to enemies. This is incredibly useful while fighting hordes of enemies in locations such as Maelstrom Arena, Vateshran Hollows, or when trying to complete other PVE content outside of a group.

However, the Ring Of The Pale Order has a downside. You lose four percent healing for each member you have in your group, and other players can't heal you while wearing it, rendering it essentially useless for group content like trials. 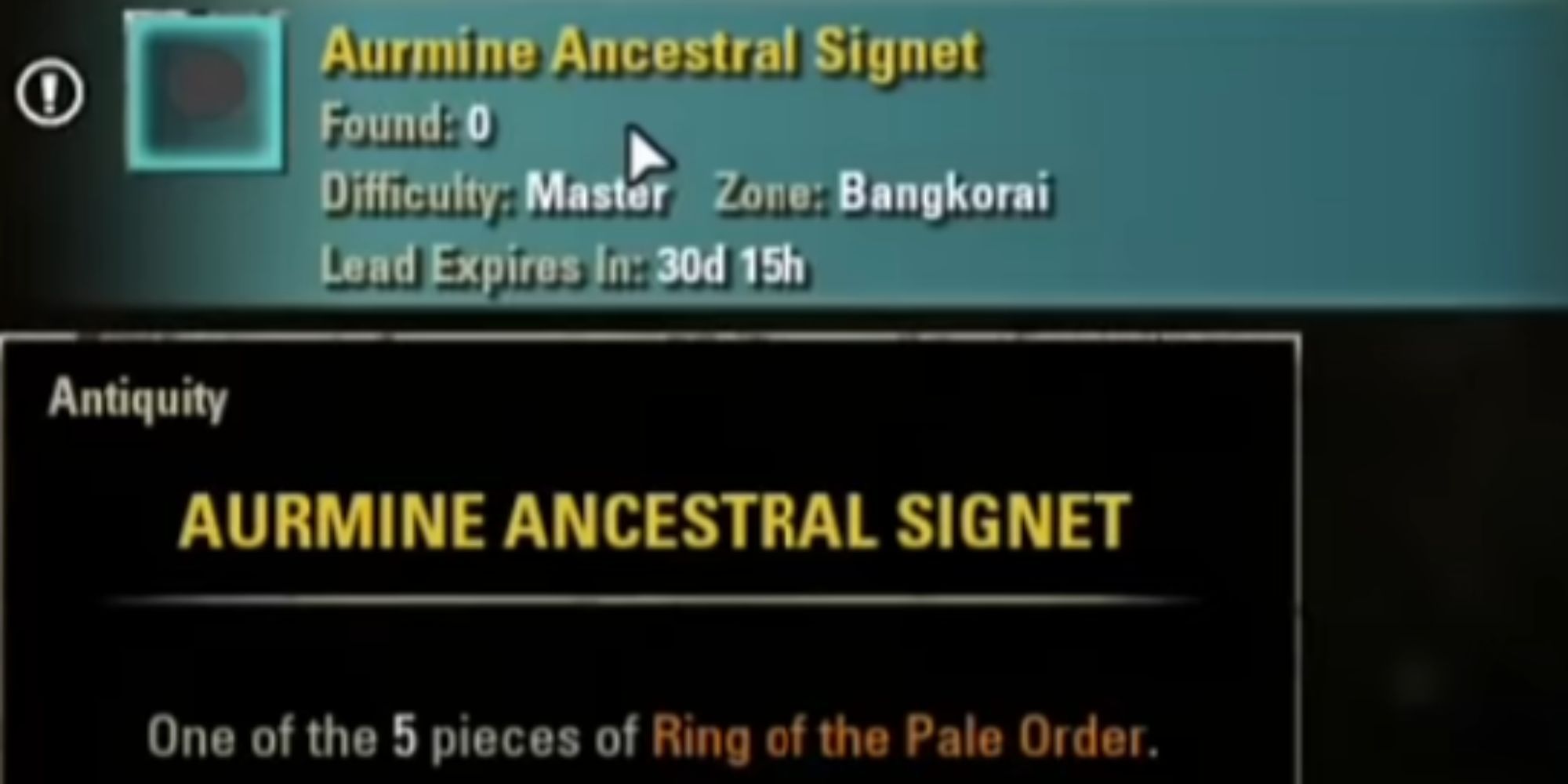 To create the Ring Of The Pale Order on your account, you'll need to find each of the five leads that belong to it. These leads aren't too difficult to get, but they may require a few hours of grinding since only one of them is in a set location, while the other four are RNG.

How to Get The Direnni Elegy Loop 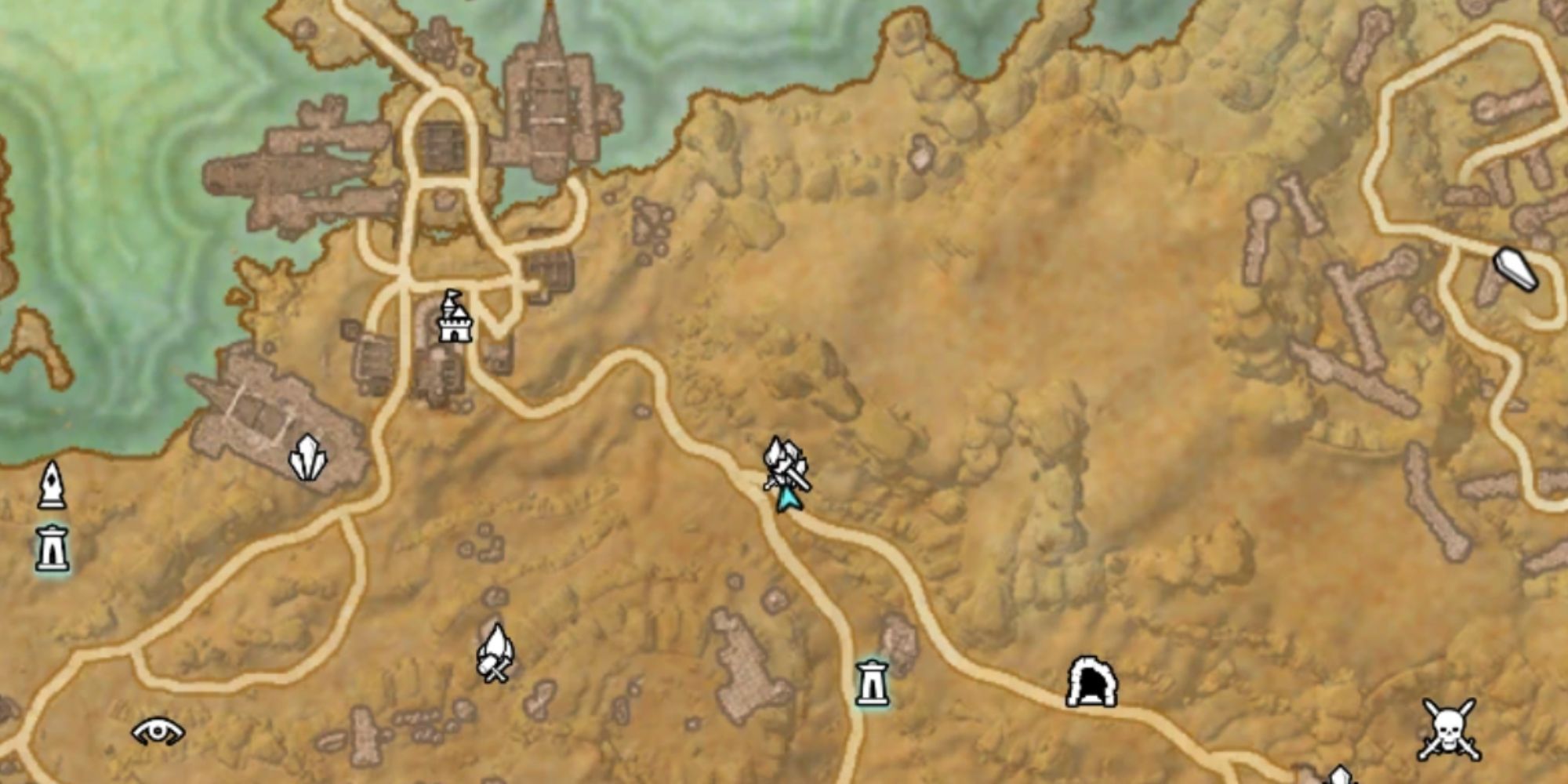 Travel to the Coldrock Diggings delve in the Alik'r Desert region, and head inside. The location of this delve is on the map above. You need to travel to the end of the dungeon and find the boss named Feremuzh.

Feremuzh has a chance to drop the Direnni Elegy Loop lead, but it's a small chance, so you may need to kill him multiple times before he drops it. Additionally, there are a few enemies next to him, but like the boss himself, they're quite weak and have low health.

How to Get The Pale Order's Golden Band 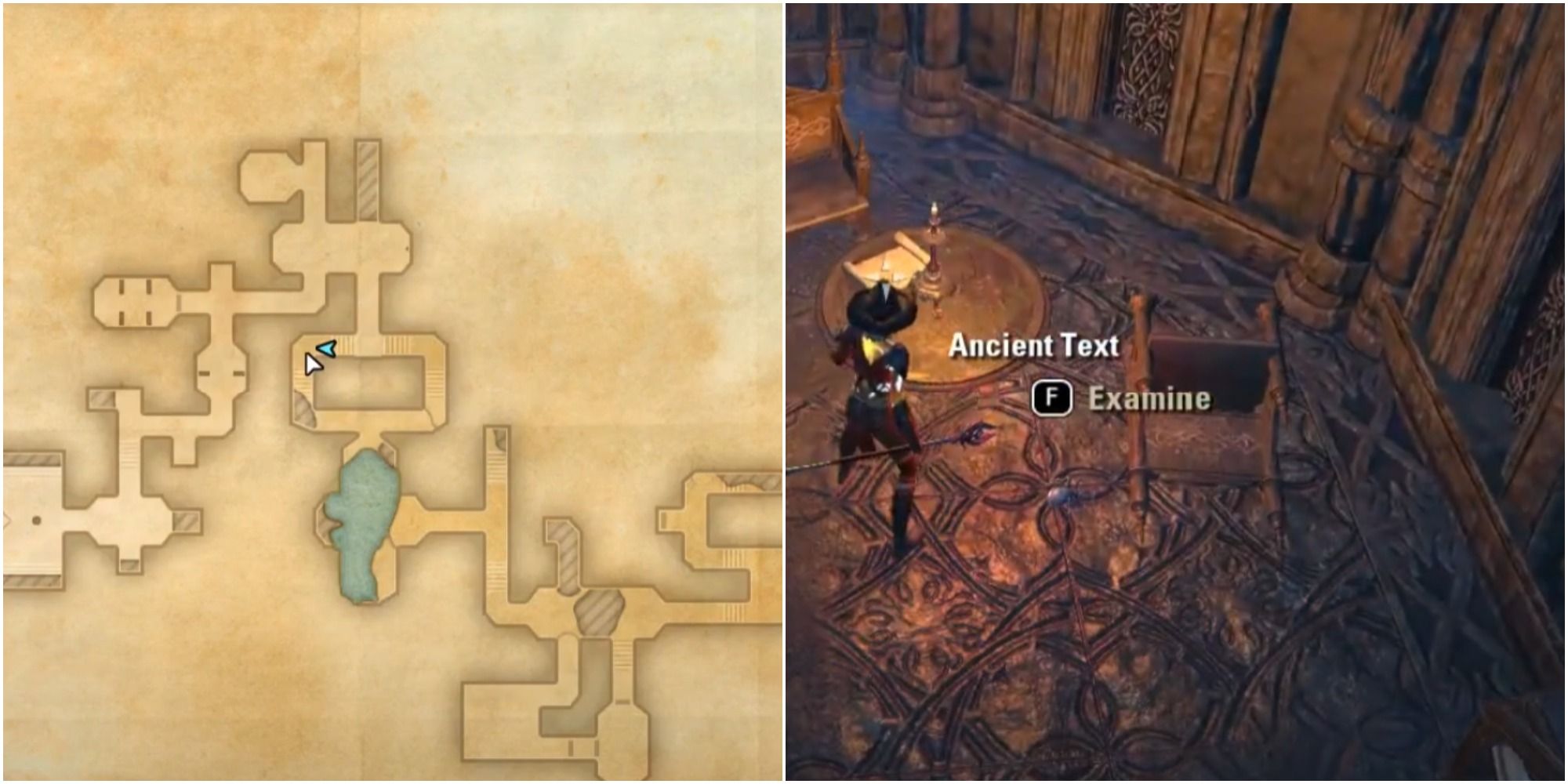 The Pale Order's Golden Band is the easiest lead to get for the Ring Of The Pale Order. You simply need to travel into Blackreach under The Reach region through one of the Dwarven lifts in the zone and enter Nighthollow Keep. Once you're inside the keep, travel to the location on the map above, and you can pick up the Ancient Text off a table.

If somebody else has recently retrieved the lead, then you may need to wait a few minutes for it to respawn. You may also encounter enemies inside this location, but they're fairly weak for an end-game player.

How to Get The Onyx Accent Stones 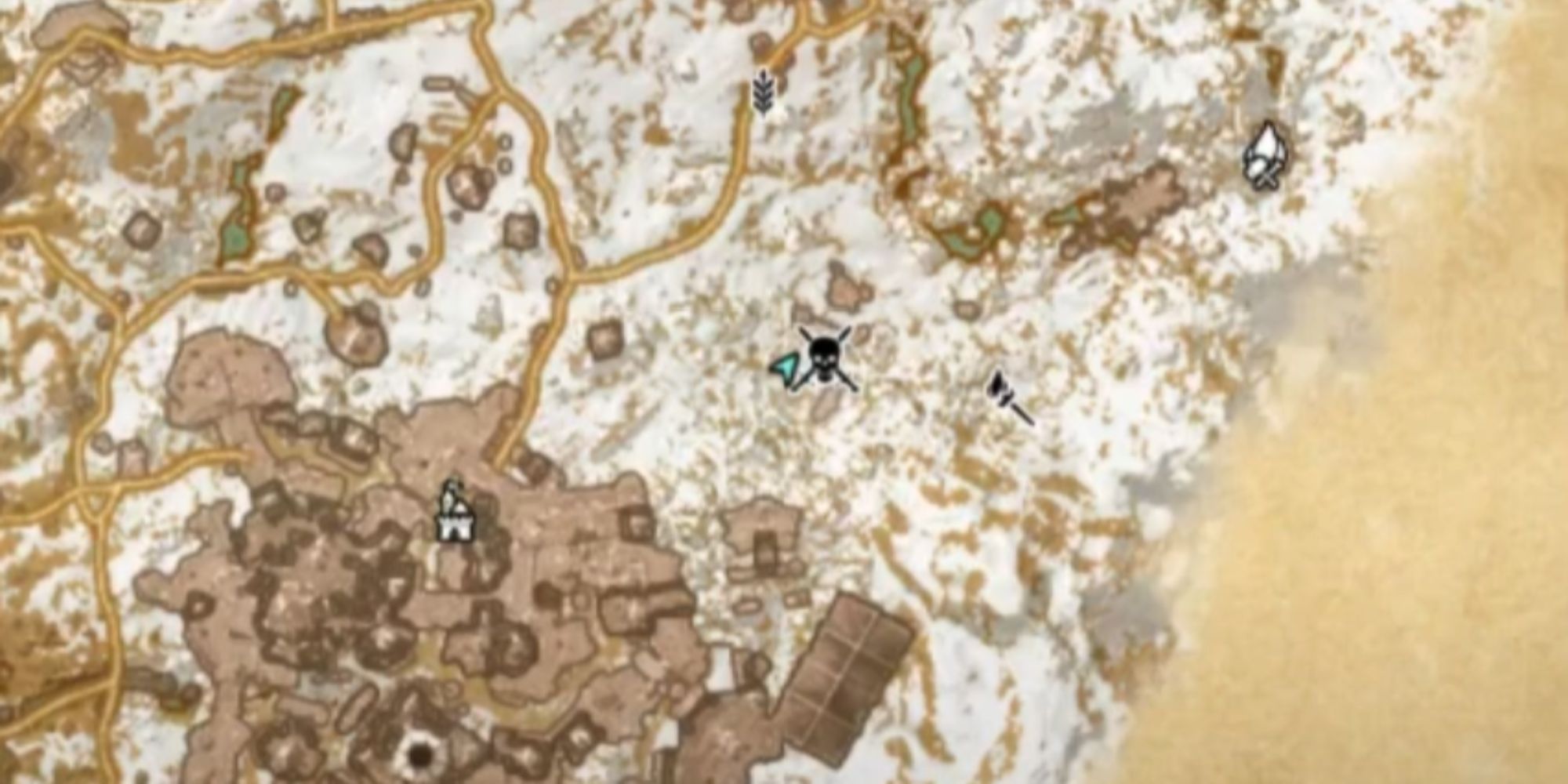 The Onyx Accent Stones can drop from any of the World Bosses in the Wrothgar region. Since World Bosses are often hard to defeat solo, you may need to wait until optimal hours on your server so that you can ensure that there are other players to help you defeat the boss.

The easiest World Boss to farm in Wrothgar is King-Chief Edu. You can find the location of this boss on the map above. Make sure to wait for other players to get to the location as well before engaging — unless you believe you can defeat the world boss by yourself.

How to Get The Order-Etched Gallery Rail 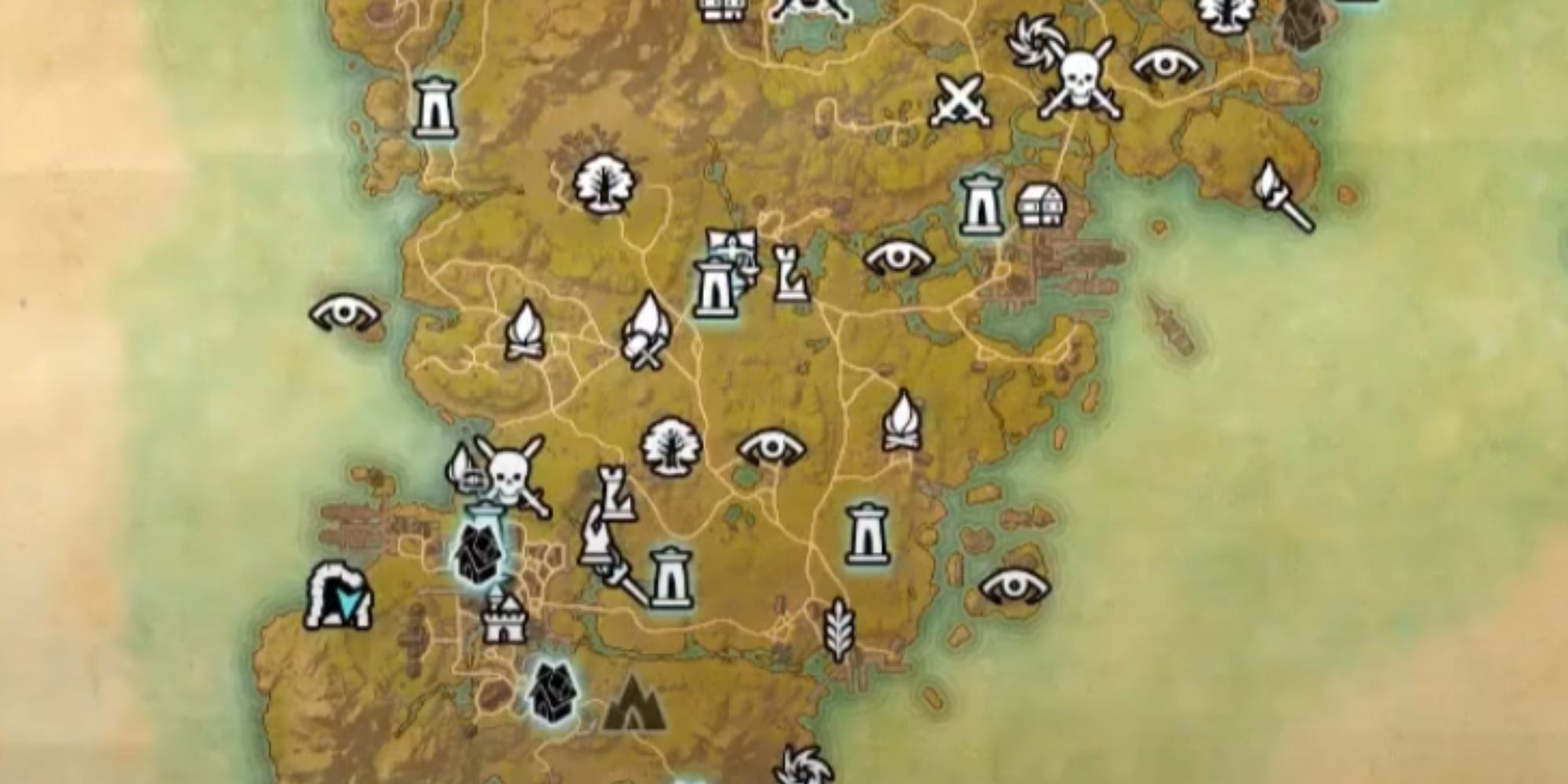 Travel to the Glenumbra region and find the Bad Man's Hallows public dungeon near Daggerfall, which you can see on this map. Once inside, you simply need to defeat mobs until one drops the Order-Etched Gallery Rail. Only the regular enemies can drop the lead, so killing bosses won't grant you any chance of earning the item.

How to Get The Aurmine Ancestral Signet 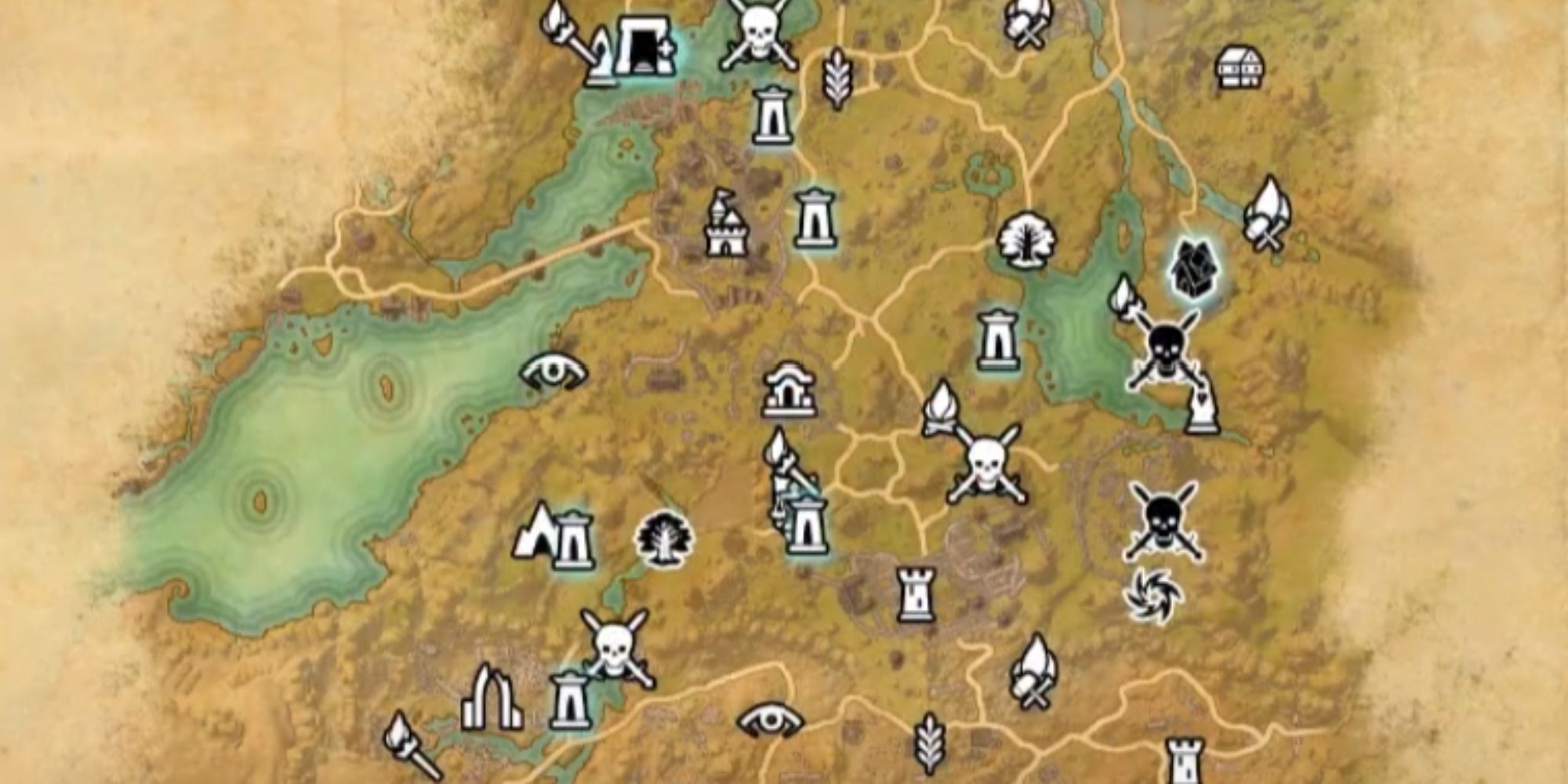 You can find the Aurmine Ancestral Signet by opening Treasure Chests inside the Bankorai region. Chests are all over the overworld of this zone, and there is a particularly large collection of them on the outskirts of Evermore.

You'll need lockpicks to open the chests, which you can buy from merchants throughout Tamriel.

How To Scry For The Ring Of The Pale Order 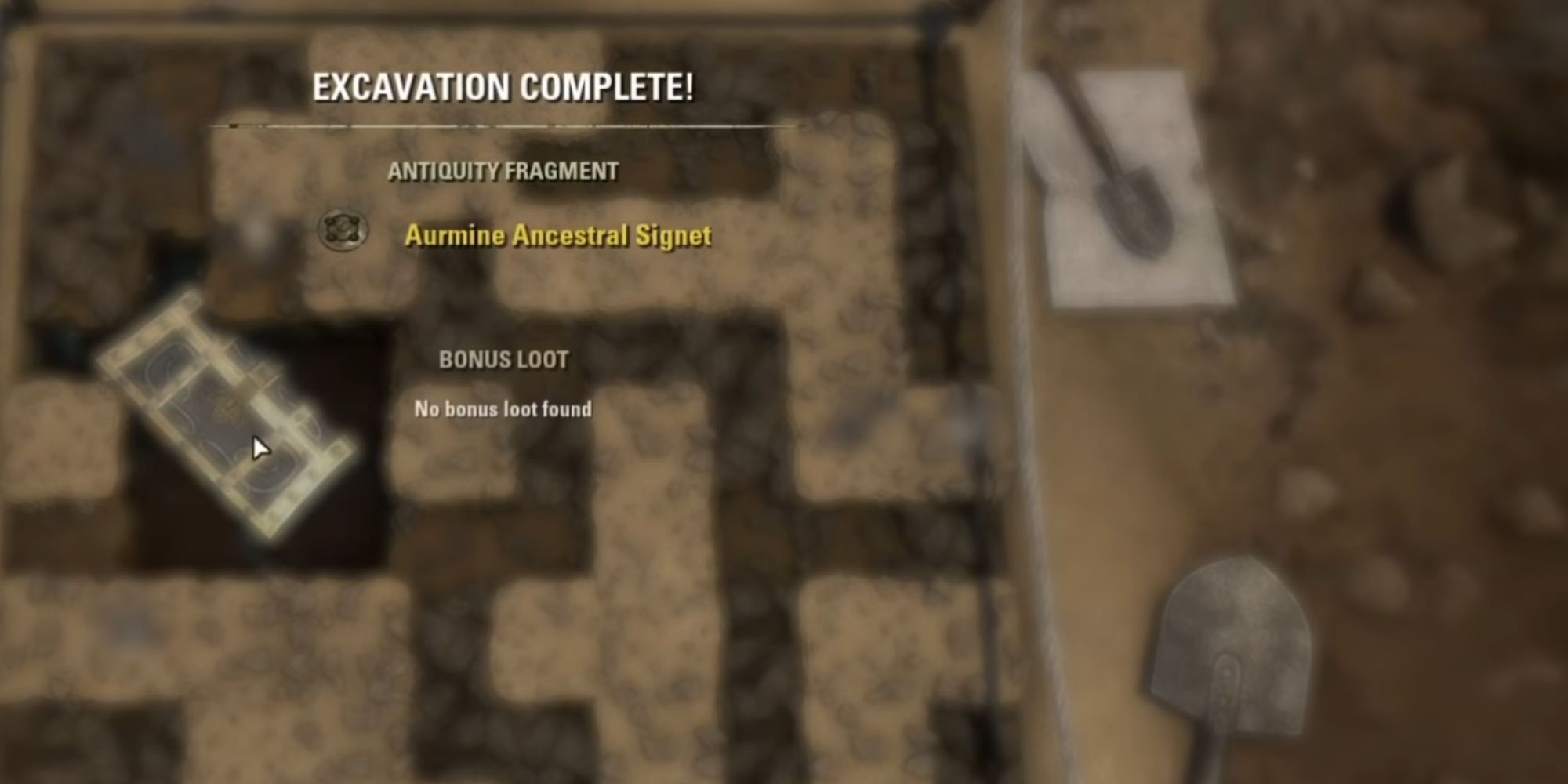 Once you have all five of the necessary leads, you can scry them in the zone you found them in. Travel to one of the wayshrines in each zone and open your active leads, then scry them. Next, you'll get a marker pointing towards the location of the excavation site, and you can follow it to excavate each lead into an item.

You need to reach level seven in the Scrying And Excavating skills to complete these leads.

After you scry and excavate each item, you'll have the Ring Of The Pale Order and can equip it on any character you wish. You can transfer the ring between characters using your bank, but you can't sell or trade it to other players. To learn more about how to scry and excavate, see this guide for an in-depth look.

Related posts:
03/04/2022 News Comments Off on The Elder Scrolls Online: How To Get The Ring Of The Pale Order
Hot News
Wordle 337 May 22 HINTS: Struggling with today’s Wordle? Three clues to help with answer
Final Fantasy 14 Is Now Working On The Steam Deck
Former MTG World Champion Carlos Romao Is Retiring
Prey: 9 Relatable Things Every Player Does
Biggest Video Game News Of The Week (May 14 – 20)
Recent Posts