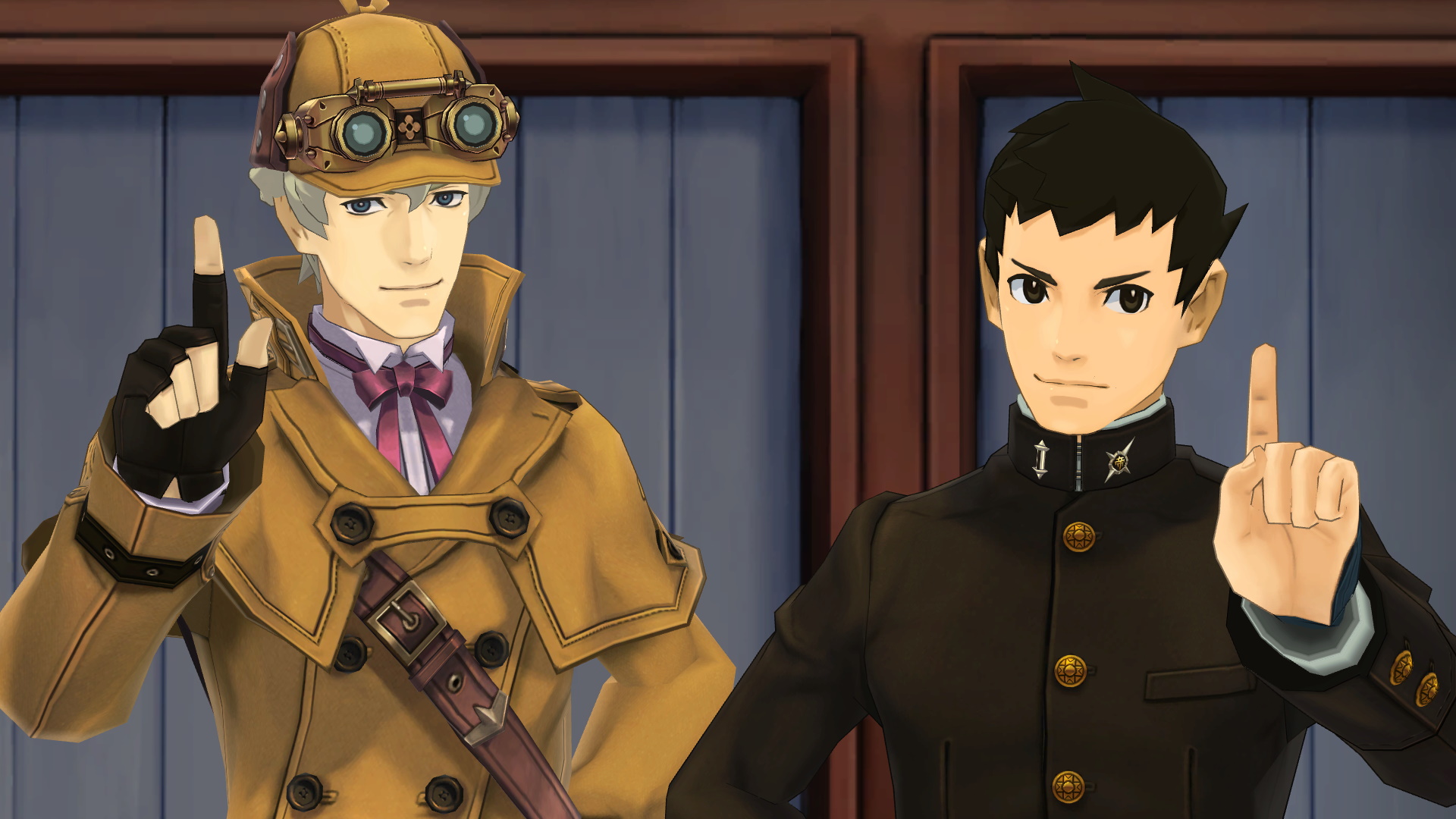 GameCentral gets to play the new compilation of Ace Attorney games, that has you playing Phoenix Wright’s Victorian ancestor.

In the last year or so, it’s been a shame to see the anniversaries of so many important franchises pass by without proper celebration. From Resident Evil to Sonic The Hedgehog, none have had the attention lavished on them that would have happened if there’d been no pandemic. We’re not sure if things will be much different when Ace Attorney hits its 20th birthday this October, but fans have already got the best present they could ask for: two brand new games.

It’s been five years since the last Ace Attorney game was released in the West, with 2016’s Spirit Of Justice on 3DS, but there have been other games released in Japan that until now have never seen an official localisation. The Great Ace Attorney: Adventures actually came out a year before Spirit Of Justice but unlike the other games is set during the Victorian era and takes place in both Japan and London, including cameos from Herlock Sholmes and other legally distinct references to the work Sir Arthur Conan Doyle.

If you’re not familiar with the Ace Attorney series it often, but not always, features lawyer Phoenix Wright, with the games being essentially visuals novels. When the first games came out they were almost the only examples of the genre to be released by a major publisher in the West, but you can now see a clear evolutionary connection between them and the recently remastered Famicom Detective Club games.

Ace Attorney is more interactive than the average visual novel, with elements similar to classic point ‘n’ click adventures, although a lot of the game still just involves reading lines and lines of text. Thankfully it’s usually quite funny text though and Ace Attorney has made it this far largely because the strangeness of its concept is augmented by charmingly silly characters and purposefully amusing dialogue and antics.

Although sometimes referred to as a lawyer sim, Ace Attorney is about as authentic a portrayal of legal proceedings as Surgeon Simulator is of good medical practice. There’s rarely any sign of a jury (the fact that there is in this game is quite a novelty), perjury is occasionally mentioned but never enforced, and in these two games you can sometimes have up to four different people in the witness stand at once. But it doesn’t matter because Ace Attorney is essentially a comedy and the only thing that is important is how entertaining the main characters are.

In Great Ace Attorney you play as Ryunosuke Naruhodo, an ancestor of Phoenix Wright who, in the opening case, is forced to defend himself after he’s accused of murdering a British professor. Although Victorian London has its own appeal the Japanese setting is also interesting, as the time period of the Sherlock Holmes books coincides with the Meiji period in Japan, when the country had only just begun to open itself up to the West. The game portrays Western style law systems as being brand new, with one of the main characters due to go and study in London as a lawyer.

All this is illustrated in the gently comical style of Ace Attorney, but it’s fascinating to see how the period, and the image of Britain, is seen from a Japanese point of view. That’s somewhat complicated by the fact that this seems to be an American translation, although at least this time there’s no farcical attempt to imply the games are actually set in the US.

The first case is a little dry but introduces the basic tenants of gameplay, as you cross-examine witness and try and point out inconsistences in their testimony, often by examining and presenting evidence. Most Ace Attorney games usually introduce a unique gimmick but Great Ace Attorney, at least based on what we’ve played so far, only has two main diversions from the normal style, the first being that there’s a jury that will happily interrupt you whenever they feel like it.

Outside of the first case, you also have to investigate the crimes yourself, which is where the series has always seemed the closest to a point ‘n’ click adventure. In Great Ace Attorney you often investigate alongside Herlock Sholmes, who is portrayed as an anime version of the great detective who tends to make instant judgements which you then have to prove are untrue.

This ‘Joint Reasoning’ isn’t much different to how contradictions are proven in court, but Sholmes is a lot of fun and avoids being too insufferable or incompetent despite the fact that you’re constantly having to correct him.

The Great Ace Attorney Chronicles is a release many fans thought they’d never see but it’s been worth the wait and the change of scenery works extremely well, with the typically bizarre characters and humour mixed with some genuinely interesting historical observations and a clear love for the original Sherlock Holmes stories. Capcom might not be able to use the real name but there are a lot of small details and Easter eggs that make it clear director and writer Shu Takumi is a genuine fan.

What future the Ace Attorney series might have is not clear, although perhaps we’ll find out closer to the anniversary this autumn. The franchise’s past, both figuratively and literally, is still highly entertaining though and given the break from the modern day continuity this compilation seems to be the perfect jumping on point for new players, who might be curious about one of gaming’s most unlikely franchises.

Related posts:
06/30/2021 News Comments Off on The Great Ace Attorney Chronicles hands-on – the adventures of Herlock Sholmes
Hot News
Synth Riders PSVR First Look Ahead Of Aug. 10 Release
best dosage of gabapentin for fibromyalgia
Why I think OutRun is the perfect summer video game – Reader's Feature
Invisibly wants to pay you for your data
Pokémon Unite feels a little too ‘pay to win’ for some players
Recent Posts