Katy Perry’s collaboration with Nintendo has finally arrived through a song titled ‘Electric’ that features both Pikachu and Pichu.

It’s directed by Raya and the Last Dragon’s Carlos Lopez Estrada. The music video opens in Hawaii, showing both Katy Perry and her Pokémon, a bright yellow, cartoony rendition of Pikachu, albeit in real-life by her side. Then the main reel of the video takes place as the two travel back in time, letting us see a younger Perry side-by-side with a Pichu.

What’s particularly wholesome about this revelation is that Pichu evolves into Pikachu due to high friendship, and we get to see that budding duo’s love for one another blossom throughout the three-minute runtime. This happens while the older Katy Perry pushes her younger self toward confidence and success, sneakily pulling a talent show sign into sight, placing her iconic leopard jacket on a hook in front of her younger self. 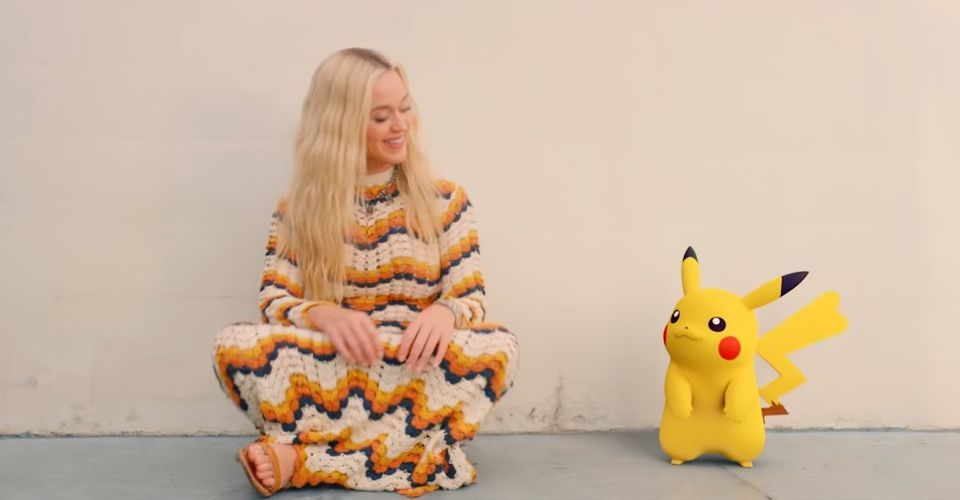 “When I visited the Pokémon cafe while touring Japan, I got so nostalgic,” Katy Perry opened, “It took me back to my junior high years. S0 when I got the call to be a part of the 25th-anniversary celebration alongside Post Malone and J Balvin, I was elated.

“The song’s themes – resilience, igniting your inner light – have guided me in my life and also parallel Pokémon’s story and characters. Pikachu is the evolved form of Pichu, so in the video, you see the younger version of me with Pichu and myself in the press day with Pikachu. We both evolve, yet retain a sense of playfulness.”

The announcement of their partnership came on January 13, 2021, in celebration of the franchise’s 25th anniversary. Katy Perry called herself a “lifelong Pokémon fan,” and said, “In this moment of unknown, there are dependable places and characters and institutions and people, and I hope I can be one of them. That’s what I hope for in my personal self, and even in my involvement with this collab.”