Have you heard? Starfield is going to be big. During the game’s big unveiling at the Xbox & Bethesda Games Showcase on Sunday, Todd Howard, head of Bethesda Game Studios, said that the game will have more than 1,000 planets spread across more than 100 systems, all of which you will be able to travel to in your customizable spaceship.

That’s a lot of planets. Arguably too many planets. I'm holding off on judgment for now because as anyone who has played Super Mario Galaxy knows, a planet is not a standardized unit of measurement. And, if Starfield is attempting to reproduce a version of the way that our own solar system actually works, some planets will be very large, some will be very small, and only a few will be suitable for life.

I've written before about how much I was looking forward to Cyberpunk 2077 in the run up to its release and how disappointed I was, at launch and, recently, upon revisiting it, to see how little of Night City was explorable. It's an impressive city to look at, but the interiors of the vast majority of its skyscrapers and shops are locked off to the player. Given that Bethesda used Starfield’s futuristic cities to show off its authored content, I hope it can avoid a similar mistake. 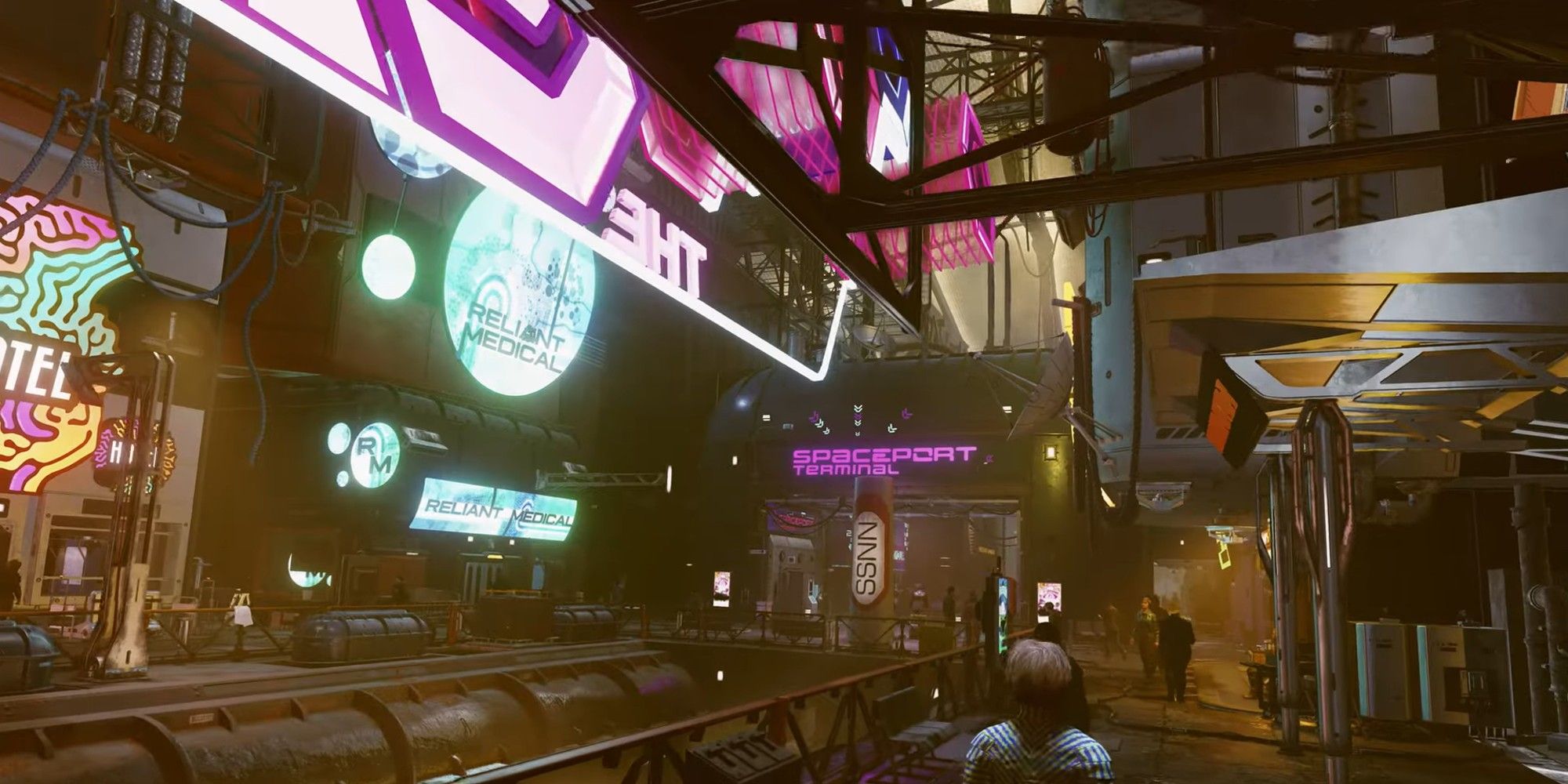 Last year, on Bethesda Softworks' YouTube channel, the studio released short videos showing off concept art for three of these cities — Akila City, Neon, and New Atlantis — narrated by Emil Pagliarulo, design director at Bethesda Studios, who doled out a few choice tidbits about each one. Akila City, the capital of the Freestar Collective ("a loose confederation of three distinct star systems") is a walled city that's home to space libertarians or, in Pagliarulo's words, people who "believe in the sanctity of personal freedom and individuality." Set amidst a chilly mountain range, the city is walled off to protect its inhabitants from dangerous creatures which are like "a cross between a wolf and a velociraptor."

Neon, the most interesting of the three, is a massive glass carapace rising off of the featureless surface of a world covered entirely in water. Initially, the world was largely uninhabited, save for the workers that fished this ocean. But, when a native fish was found to contain a psychotropic toxin, Neon was built as a pleasure city where tourists could come to enjoy the drug manufactured from this toxin, Aurora. Its use is restricted everywhere else, so Neon is the only place in the galaxy to legally experience the high.

Then, there's New Atlantis, a bustling metropolis that serves as the capital city to the United Colonies, a powerful military and political faction. Pagliarulo describes it as a "true melting pot" with characters coming to the city from every walk of life. So far, New Atlantis doesn't have anything as interesting to offer as fish drugs, but the concept art depicts it as a busy space port with lots of bright lights, skyscrapers, and flying cars. 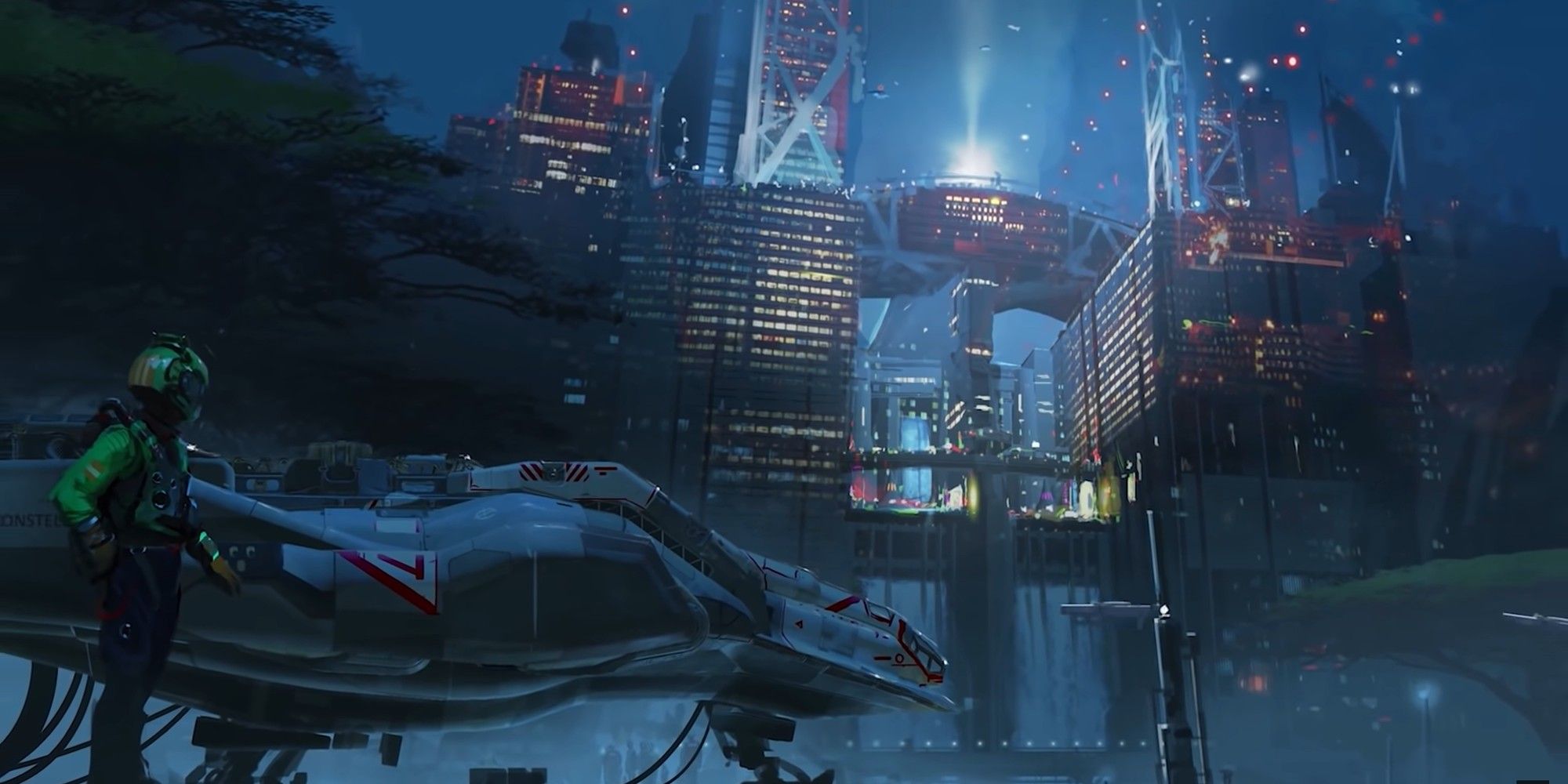 In a post-Cyberpunk era, concept art and interesting flavor text isn't enough to get me more than cautiously excited about a game. But, the in-engine city environments that Bethesda showed off on Sunday also look pretty cool. After an introduction to the game’s shooting — which looks better than in past Bethesda games, even without the aid of V.A.T.S.-induced slo-mo — Todd Howard introduced a scene of the player landing in a spaceport on New Atlantis and traveling through the city (which feels more like a massive college campus than a metropolis) to reach a cozy study where the leader of the space program, Constellation, explains the organization’s mission to find Artifacts.

The search for these Artifacts seems to be the game’s structuring mission. And, encouragingly, after setting up this main quest, the trailer shows off a bunch of shots of several different cities. One (presumably Neon?) has the scuzzy neon-lit aesthetic I crave in a sci-fi city. Another (Akila City) has unpaved streets and a baby blue sky beyond the buildings. There’s a gallery where an Artifact is shown off alongside Classical sculptures of humanoid figures. Then, more neon (Neon?). A mundane office with ‘70s orange on the walls. A place (or group) called The Rock boasting a shiny wooden sign in a building that wouldn’t look out of place as a hunting lodge.

Though I empathize with the apprehension that Starfield may be too big for its own good, the emphasis on a diversity of stories being told in a wide variety of locations has me hopeful that Bethesda’s first single-player RPG in seven years can capture the feeling of sprawl one feels in a crowded city as well as it evokes the sprawling expanse of space. Much of Starfield’s world will be shaped by players, whether it’s the spaceship they pilot or the settlement they build on the plains of one of those 1,000 planets. But, I’m hopeful that the Bethesda that created Megaton and Vivec City is still capable of creating fascinating authored content. In a world as seemingly endless as the one Bethesda is promising, familiar sights may feel even more like home.