The gaming community is, generally, aware of the Dragon Age series. Most players have heard of all three games at some point or another, but ask them to recall their titles and you might hear something like this: "Origins. Inquisition. There's another one in-between."

Indeed there is. Dragon Age 2's tragic undertones and more intimate plot put it somewhat at odds with both its predecessor and successor. Less of a sweeping fantasy epic and more of a focused character study, it received a mixed reception at launch as some players found its gameplay systems too simple and overly linear. As such, fewer people have played DA2 than either Origins or Inquisition.

But among those gamers who give this shorter and smaller-scoped chapter a chance, many find themselves falling in love with its purposefully flawed cast and unapologetically dark story.

Dragon Age 2's epic tale is told by an unreliable narrator named Varric Tethras. Varric, a dwarf, has been brought in for an intense line of questioning by Cassandra Pentaghast due to his close affiliation with Hawke, the game's protagonist.

Varric and Cassandra's framing scenes are all set after the events that players experience throughout the course of the main story. Cassandra demands to know everything she can learn about Hawke, who has become a powerful heroic figure to the people of a city-state called Kirkwall. Hawke recently vanished following their complicated connection to the opening events of a bloody war between the Mages and Templars, two of the Dragon Age universe's most important factions.

When the first batch of these future-set scenes has finished, the prologue events play out. Importantly, they're set during the period of time in which the first game, Origins, takes place. Hawke and their family are fleeing their hometown of Lothering, as it has been overrun by the Blight-infested Darkspawn that Origins' heroes hope to destroy.

Depending on the sex a player selects for their own personal version of Hawke, either Bethany or Carver — both of whom are Hawke's siblings — will die during the escape sequence. The surviving family members reach Kirkwall, a bustling city far to the north where Hawke's uncle dwells. 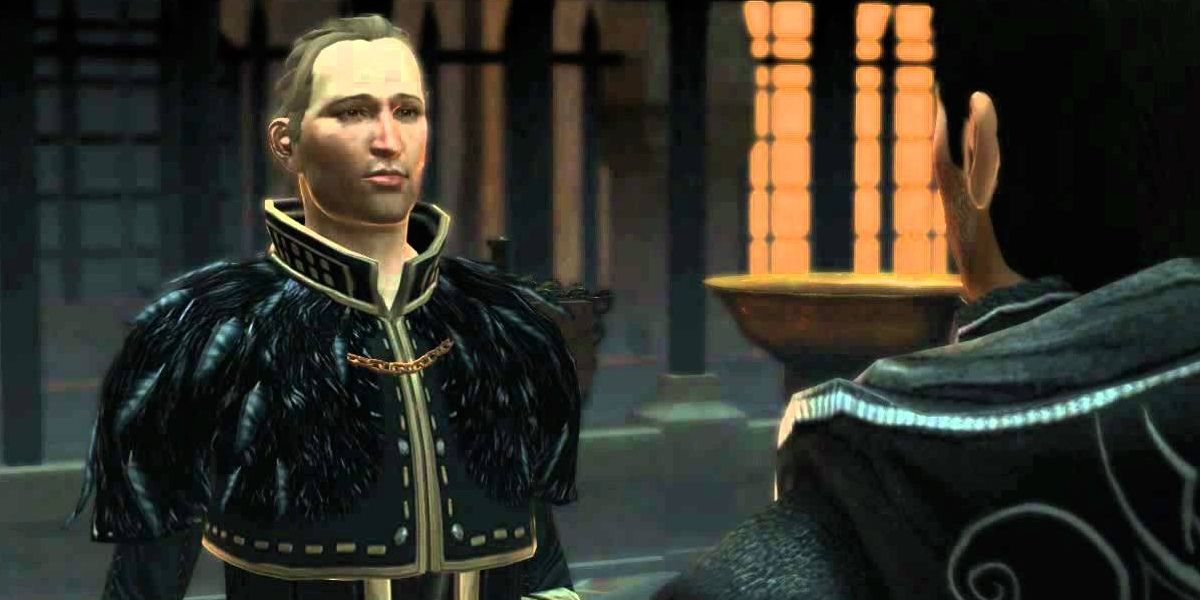 A year has passed since Hawke's arrival in Kirkwall, and they've been working odd jobs to help keep a roof over their family's heads. Kirkwall merchant's guild member Varric Tethras meets Hawke here, hence Cassandra's capture of the roguish dwarf. It is at this point that many further characters are introduced, including swashbuckling Isabela, Mage-loathing Fenris, and Anders, who is likely the game's most complex and morally grey character.

Varric's brother Bartrand presents Hawke with a deal too sweet to say no to — a potentially lucrative expedition down in the Deep Roads, a lengthy subterranean stretch of tunnels formerly overseen by dwarves that has become overrun by Darkspawn. Hawke can choose either their surviving sibling or one among their growing band of allies to come with them.

During the expedition, Bartrand encounters an artifact filled with red lyrium, a dangerous substance that factors heavily from here on out, not only in the story of Dragon Age 2 but in Inquisition as well. Bartrand's contact with the red lyrium causes him to spiral into a wild stupor, and he betrays the others. Additionally, should Hawke have brought along their sibling, they will either die here or be conscripted into an organization called the Grey Wardens. Either way, they're out of the picture. 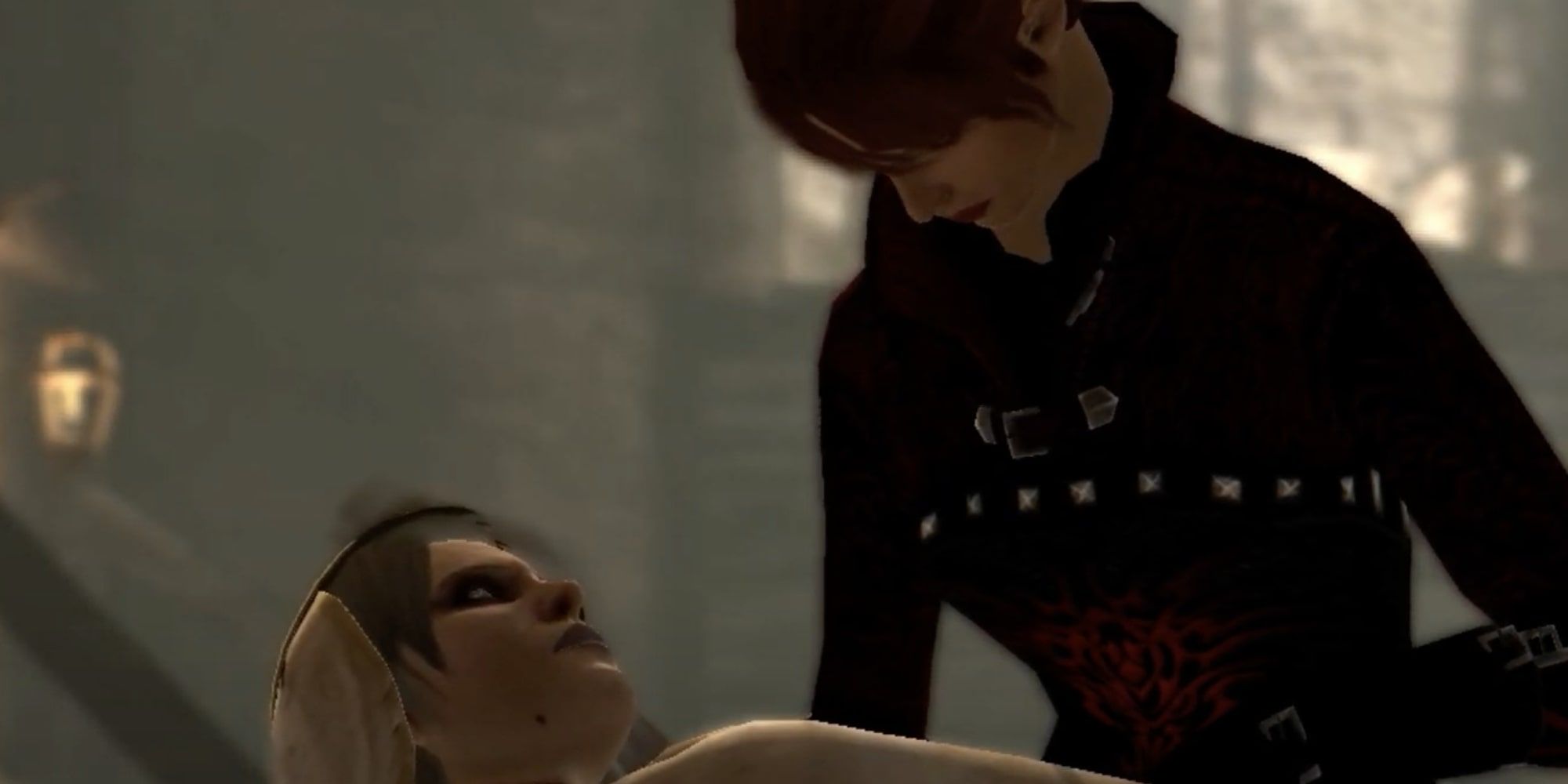 It's been three years since the Deep Roads mission. Hawke has grown fairly rich from their costly success down there, and they now reside in a mansion with the rest of the family. Fortune breeds notoriety, and even the Viscount of Kirkwall himself has begun to associate with Hawke.

The Viscount requests the protagonist's aid in dealing with a small army's worth of shipwrecked Qunari, warrior-like humanoids who have refused to acknowledge Kirkwall's laws and customs for as long as they've been here. A string of tangled sub-plots demonstrates the many aspects of Qunari custom, the greatest and the grimmest.

Simultaneously, Hawke is pulled into investigating a serial killer who has been targeting women throughout the city. The killer is a Blood Mage, a wielder of dubious magical arts, who lost his wife and has been deliriously attempting to "piece her back together" with body parts from the women he has killed. Hawke's own mother becomes the final victim.

As with the Qunari, whom Hawke must eventually battle in a bid to save Kirkwall from their arguably justified rage, this Blood Mage named Quentin drives home Dragon Age 2's themes of moral greyness. The abominations Quentin commits cannot be defended in good conscience, but his wife would have remained alive were it not for the plight of oppressed Mages all across the continent of Thedas and beyond.

Are the Mages' forced servitude and brain-painful magical skill erasure warranted? Left unchecked, people with Quentin's powers once ruled the world. Do the Templars, who hunt free Mages, not further precipitate the conflict by doing so? These are the questions Dragon Age 2 rattles players to answer. 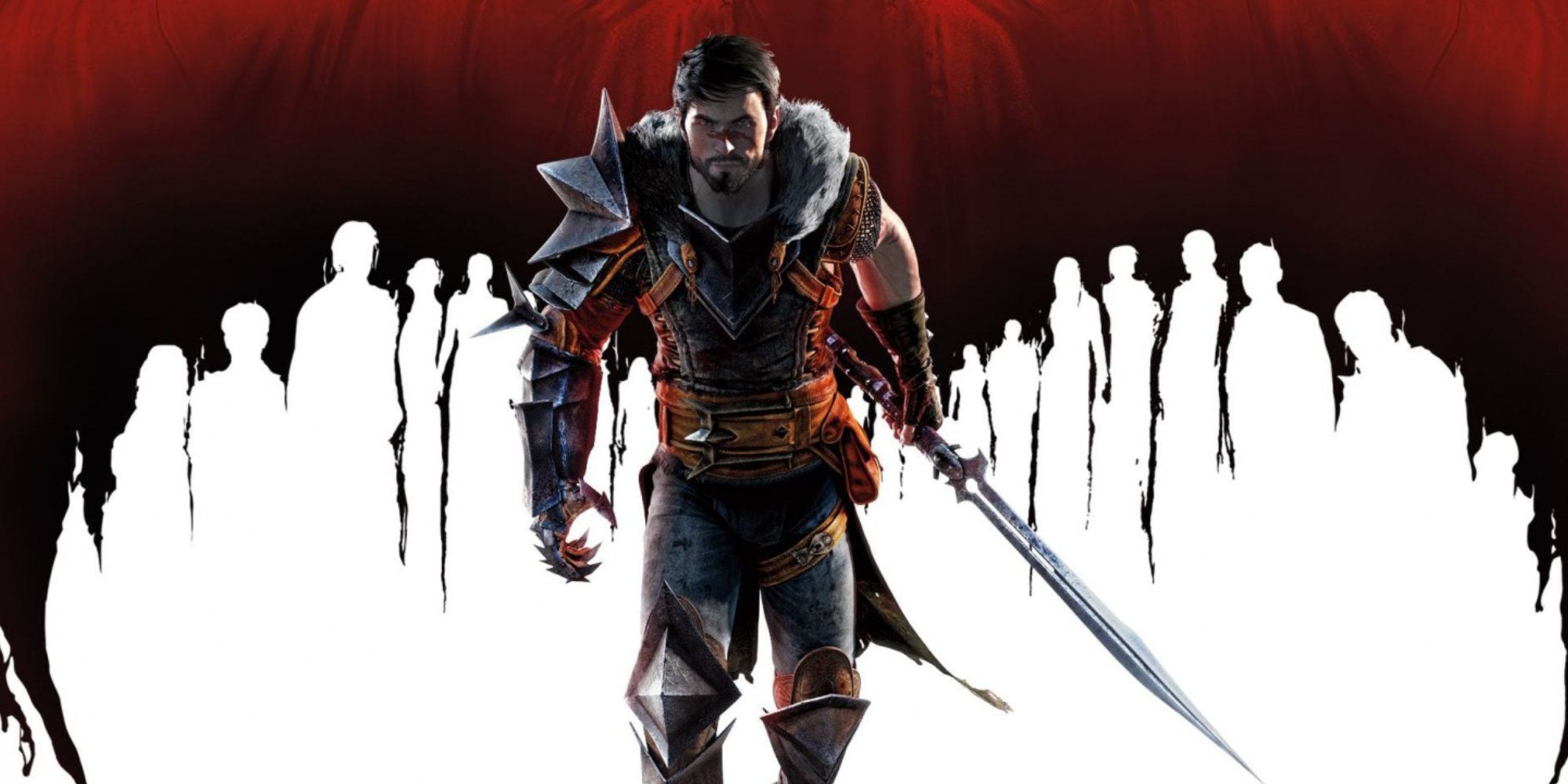 Another three-year time skip reintroduces Hawke as "Champion of Kirkwall" for their legendary deeds over the course of the game's first two acts. The people look to Hawke for guidance as Kirkwall descends into chaos; the tyrannical Knight-Commander Meredith, leader of Kirkwall's Templars, has placed the city on lockdown. She is opposed by Orsino, leader of the subservient Mage's Circle, who shares Anders' belief that Mages the world over should be granted unconditional freedom and citizens' rights.

Tensions have surpassed their boiling point, but the full-on war begins in earnest when Anders triggers a magical explosion that destroys the city's spiritual bedrock, its Chantry. Many lives are lost, almost all of which are innocent of any crime. This forces Hawke to choose between joining either the Templars or the Mages, though in truth the leaders of both factions are so mentally and emotionally far gone from all the tumult that they must both be put to the sword.

As the smoke rises on a devastated Kirkwall, Champion Hawke is nowhere to be found. Hence why Cassandra, a ranking member in the Chantry-backed Seekers of Truth organization, has forced Varric to recount this entire tale; she wants to find Hawke, the perceived arbiter of a war that threatens to stretch across continents in the days to come — and, as Dragon Age: Inquisition soon proves, does exactly that. 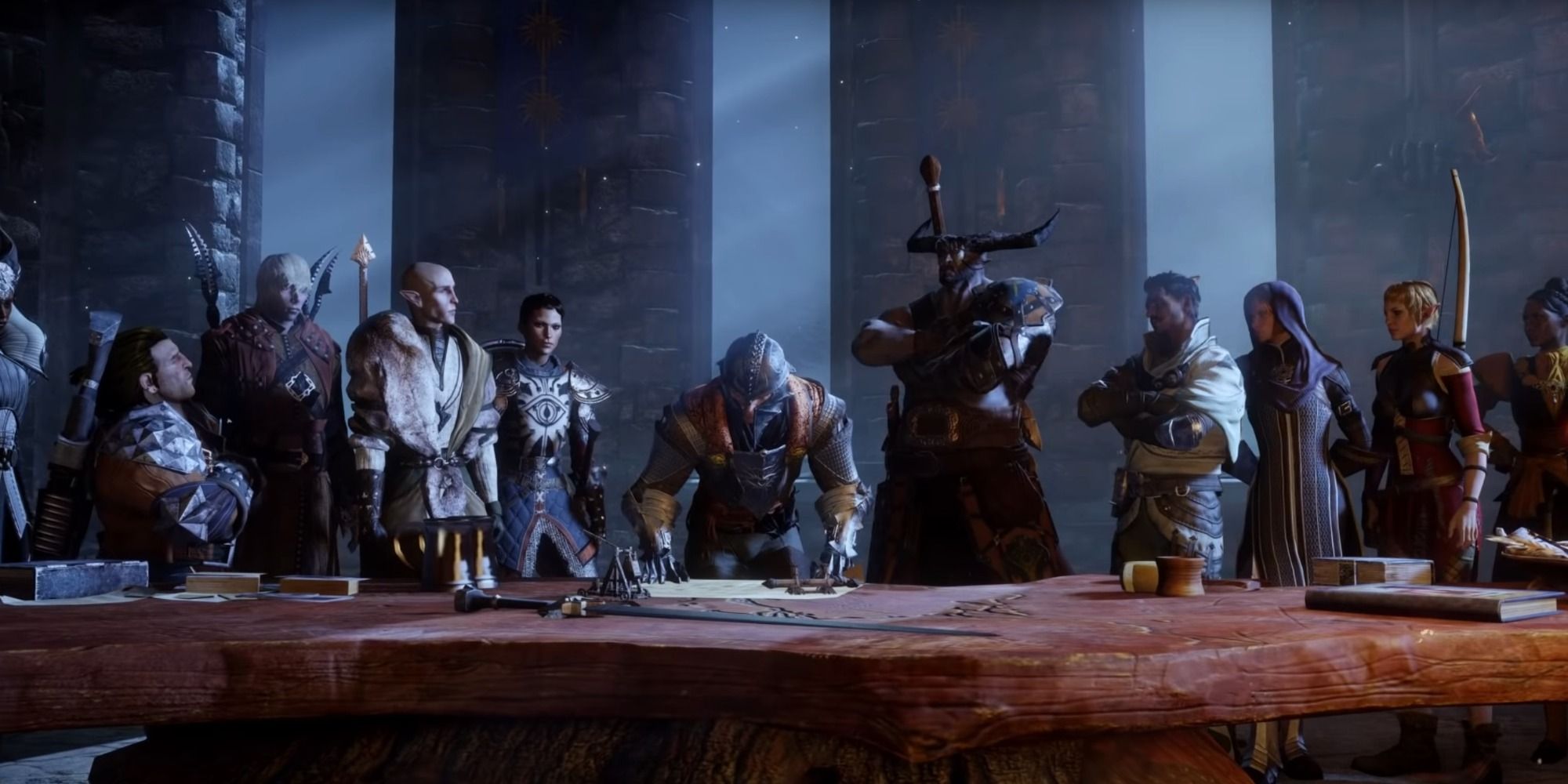 Originally, BioWare intended to create a direct continuation to Dragon Age 2 via a sizable post-launch expansion pack, "Exalted March." The project was canceled, but Hawke's story nevertheless continues in Inquisition. Notably, both Varric and Cassandra serve as central characters in that game, and their understandably tense relationship can be mended, though it will be put to the test when Cassandra discovers Varric has known where Hawke's been hiding all along.

Major narrative threads such as the continuation and conclusion of the Mage-Templar War drive much of Inquisition's story, and even that game's primary antagonist owes their introduction to one of Dragon Age 2's DLCs.