Of all the older cultures to be explored in gaming, Persia still has a lot to share. Fortunately, some of it comes across in The Tale Of Bistun. As a sculptor, you'll be sent on an important quest to fight against monsters and a corrupting blight slowly consuming the land.

You'll get to see how nature is being affected and the creatures that are being spawned because of it. It's about uncovering a story as well as fighting to save the land. Though the game is fairly easy to get into, there are some things you can take into account to make for a better time.

Decide On Your Weapon 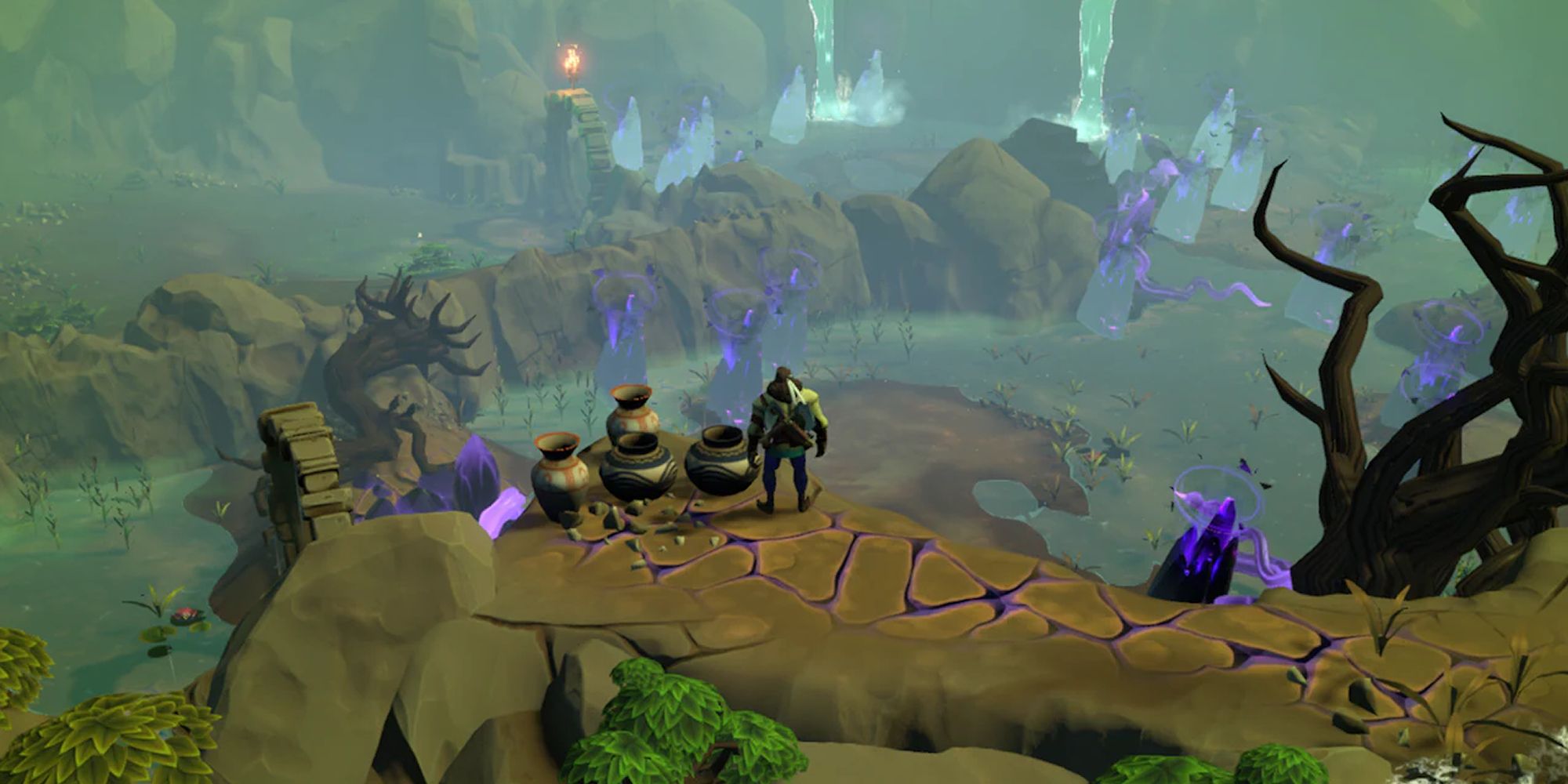 Though The Tale Of Bistun will give you access to several weapons during the course of your adventure, you'll mainly have a choice between two. You'll first start with dual Hatchets before you get access to the Pickaxe. Each one comes with two upgrades, one to unlock its special ability and another to improve its combo effects.

The Hatchets are fast but have a limited range. However, their ability gives them a boomerang-like ranged attack. On the other hand, the Pickaxe is slower but with greater reach and an ability that gives it an AoE. Decide early on which one you want to settle on since they can only be swapped out at certain spots. 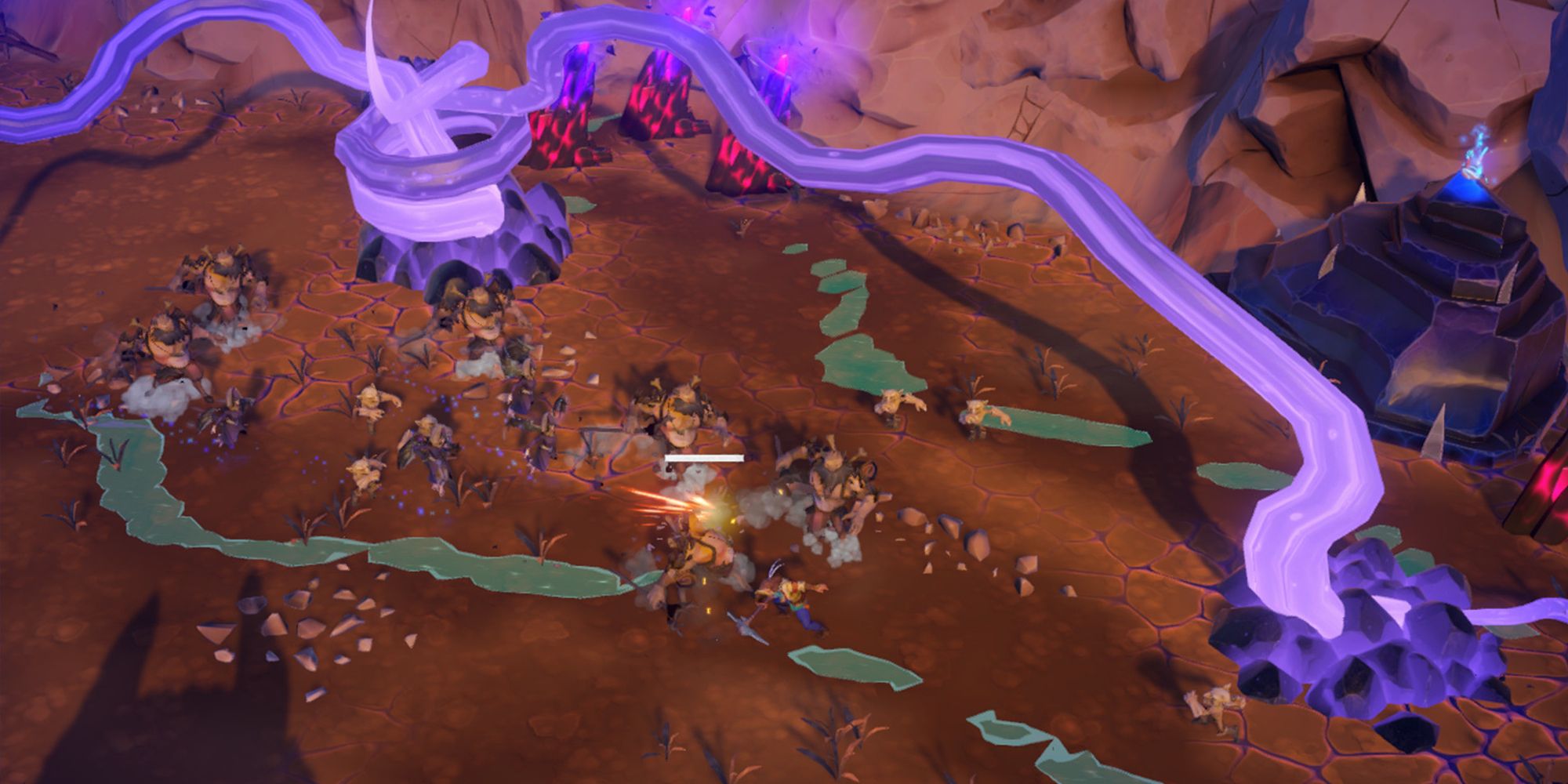 The Tale Of Bistun has a pretty decent buildup as you make your way through the game. You start off fighting small batches of enemies in arenas where they're spaced out between each other. As you progress through the chapters, you'll eventually be fighting huge mobs with different ranges and speeds.

On top of that, enemies will tend to use swarm tactics in order to overwhelm you, which can drain your health fast. The good thing is that you have access to a Dodge move that's fast, has a nice distance, and makes you immune to all damage. Use it frequently to escape and stay mobile. 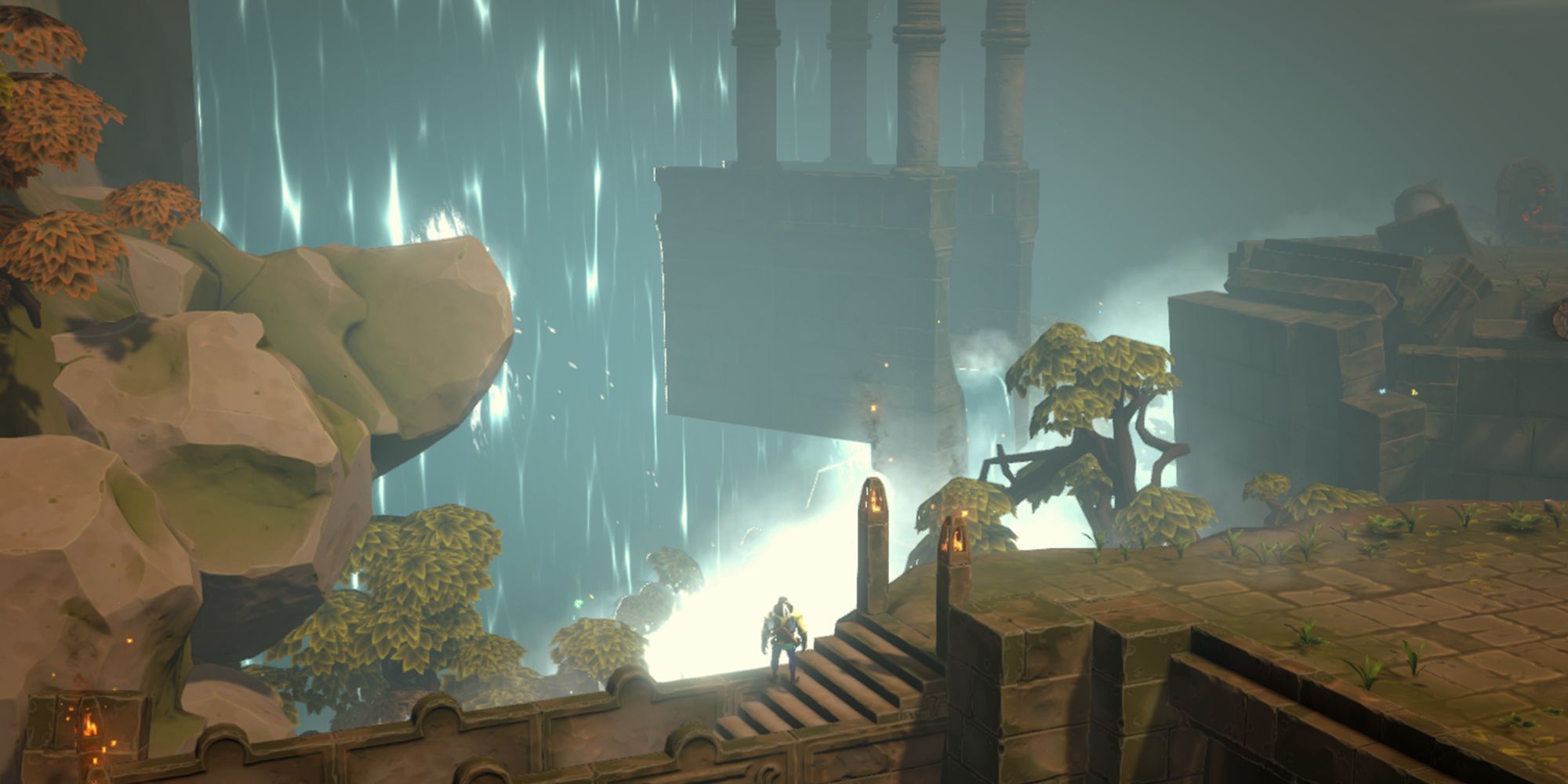 Combat is a huge part of The Tale Of Bistun and there's a decent variety of enemies to confront. While a majority of them rely on melee tactics, there are a few that use exclusively ranged attacks. They're often peppered behind groups of melee fighters to give them cover and a clear shot at you.

Though the arranged attacks aren't very damaging, they can interrupt your movement and pick away at your health. Thankfully, ranged enemies take their time between attacks, have fairly low health, and are pretty easy to spot. When you head into an arena, make sure you spot the ranged attackers first and focus on taking them out before the melee attackers. 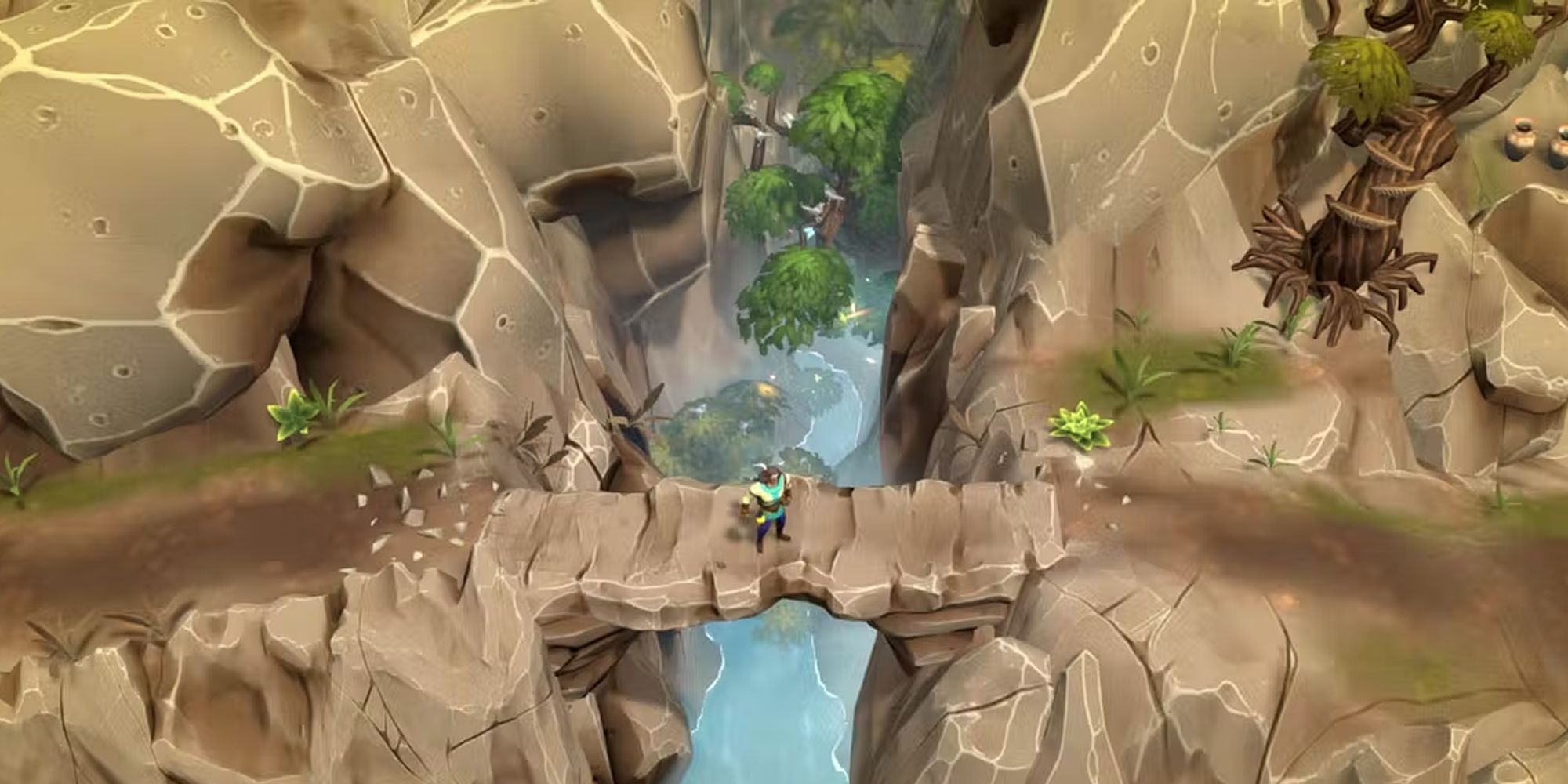 Though the world in this game is straightforward in terms of where you can go, there's still a lot to see. Since the hero can't jump or climb, you'll need to hug the walls and look for hidden paths in order to see everything that each realm has to offer.

The reason you'll want to do this is that many of the game's achievements are based on navigation and experiencing the natural structures like edges and slopes. Since you can't repeat levels without going to the chapter select, it's best to try and get them the first time around.

Break All The Pots 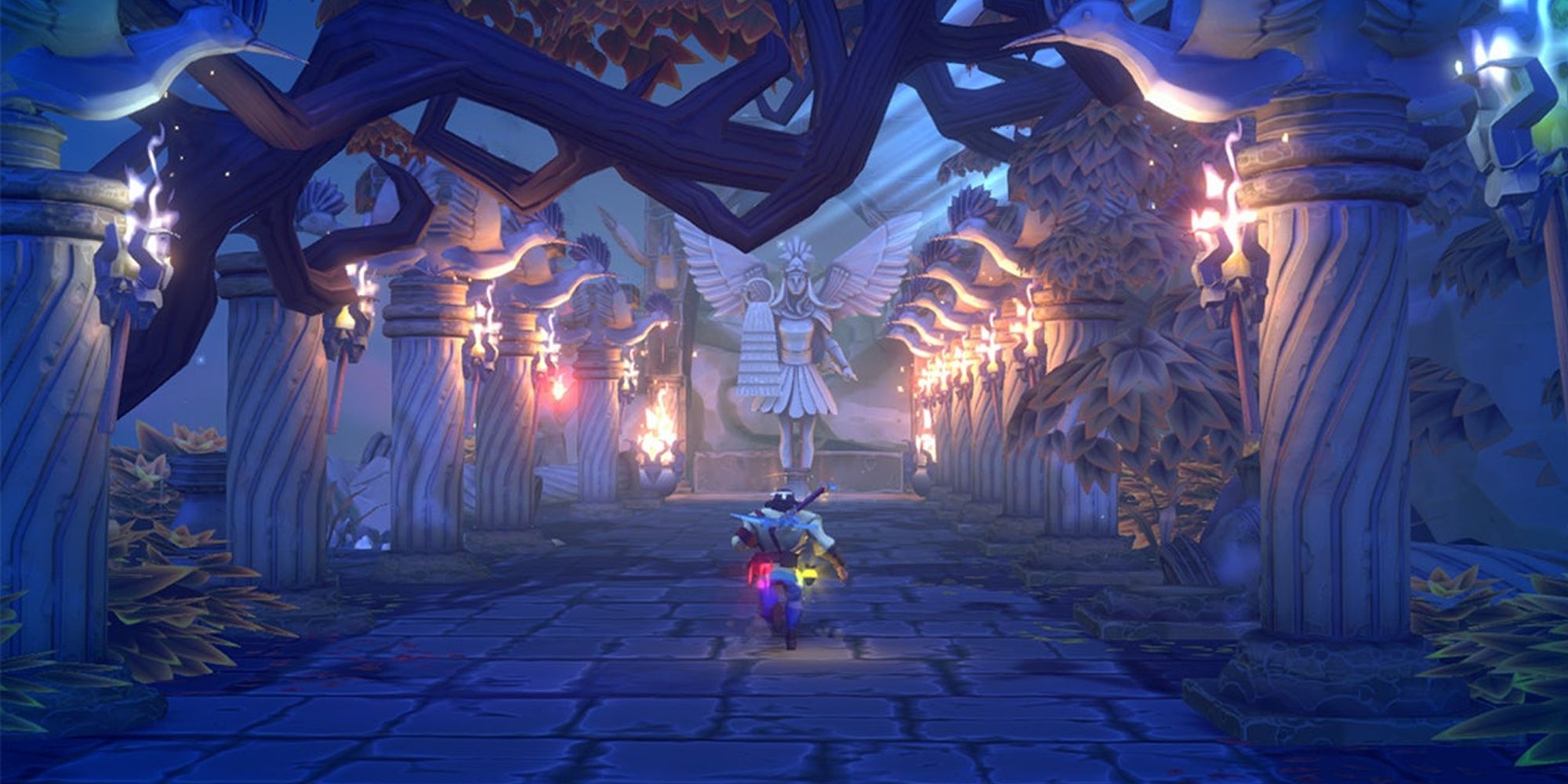 The Legend Of Zelda was one of the first to float the idea of destroying pottery, and The Tale Of Bistun has followed in its footsteps. As you pay through the game, you'll come across huge collections of pots typically gathered in corners or in small alcoves against walls.

One of the few collectible items in the game are the written entries of an unknown adventurer, which provide details on the enemies and your journey. They can only be found hidden among groups of pots, so make sure you break open as many as you can and keep an eye out for them. 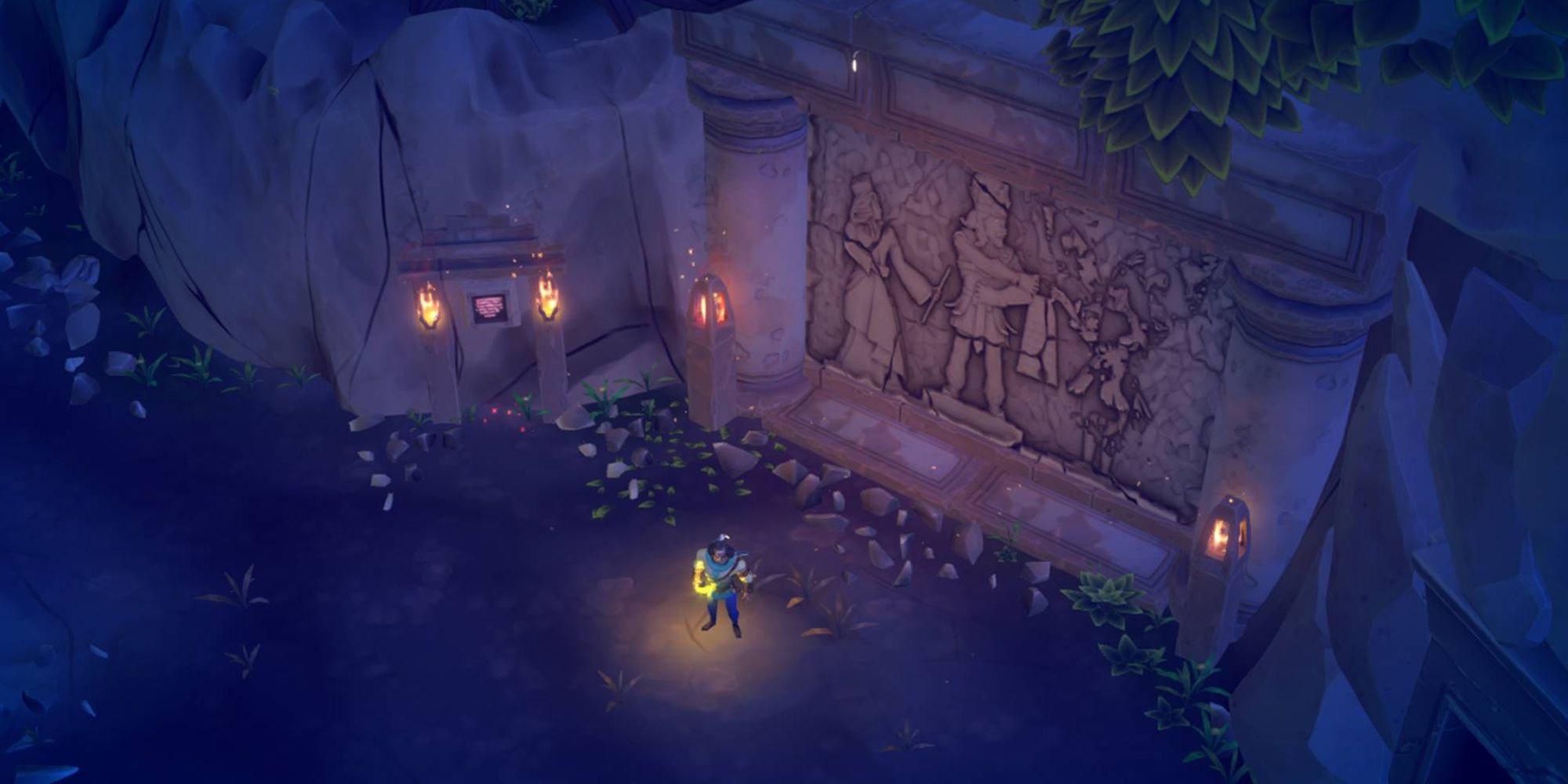 In The Tale Of Bistun, you play as a sculptor which is how you and the hero record everything they've seen and done. As such, one of the main side-quests involves making carvings and statues. In order to do this, you need to find the right type of stone.

Carvings can only be made into the side of a rocky surface while sculptures need stones that stand on their own. As you explore, keep an eye out for stones that are lighter than those around them, are surrounded by birds, or are in isolated areas.