TellTale Games take stories we already know and love and transform them with another form of media, interactive video games. The Wolf Among Us was no different, taking princesses and fairy tales we've known from childhood and making their stories and personalities dark and twisted.

Every character in The Wolf Among Us is from a fairy tale. Since they are already well-established, existing characters outside of this game, it's hard to not grow attached to each one of them. Season One of The Wolf Among Us only gives us a taste of some of these fairy tale character variants. Here are our favourites.

This article contains some plotline spoilers 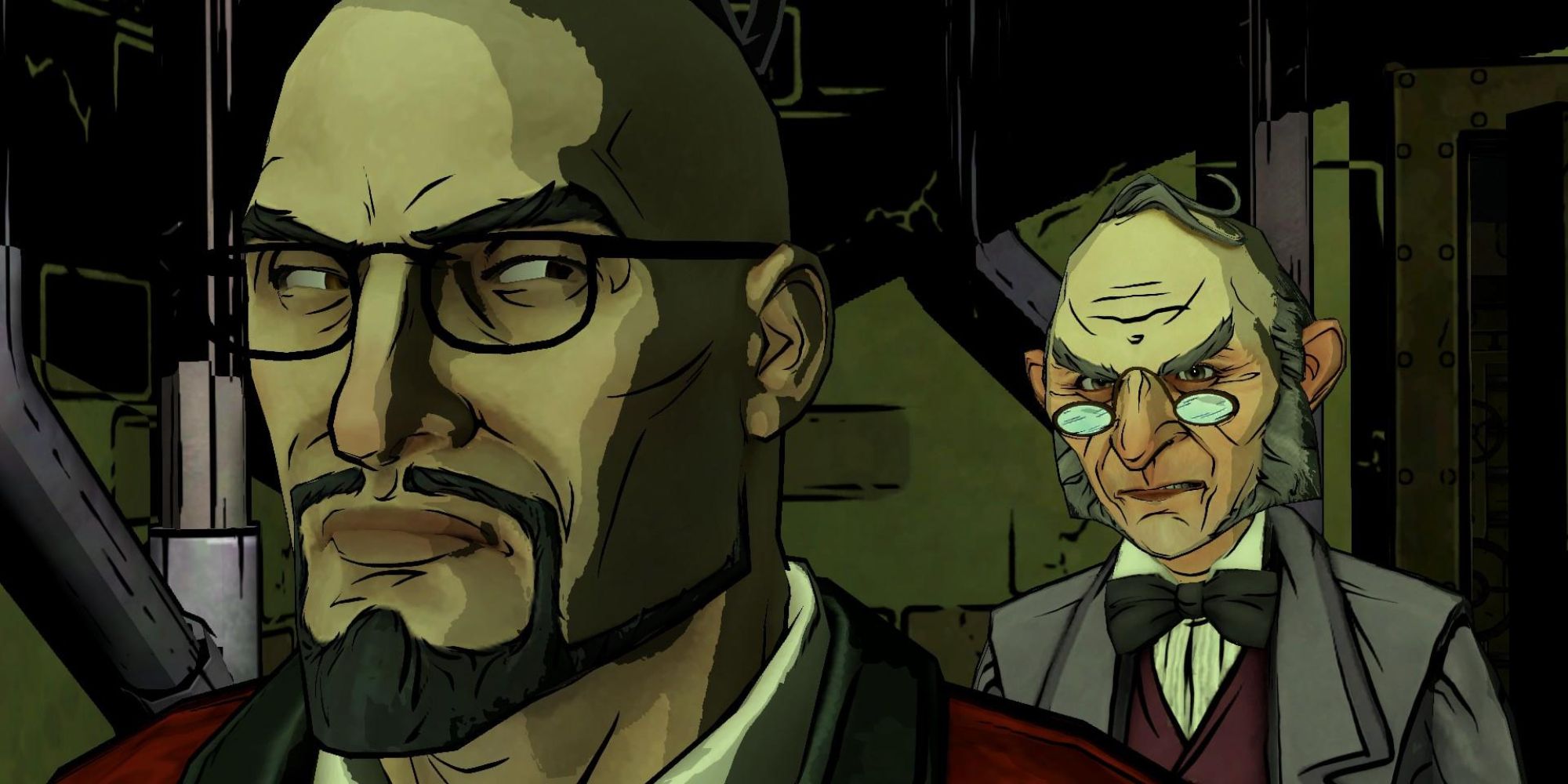 Bluebeard was voiced by Dave Fennoy, a prominent figure who also voiced Lee Everett in TellTale's The Walking Dead. This portrayal of Bluebeard mixes bad and good in a sweet way. When we're first introduced to him, he's a large and menacing figure. We expected him to somehow be involved in the crimes committed although it turns out that he's not that evil after all.

As you progress through the game you realize that the real enemy isn't even close to Bluebeard who is just trying to do his duty to the people… or flex his money and authority. Either way, the real evil at play here is much greater than a maidenless rich boy. 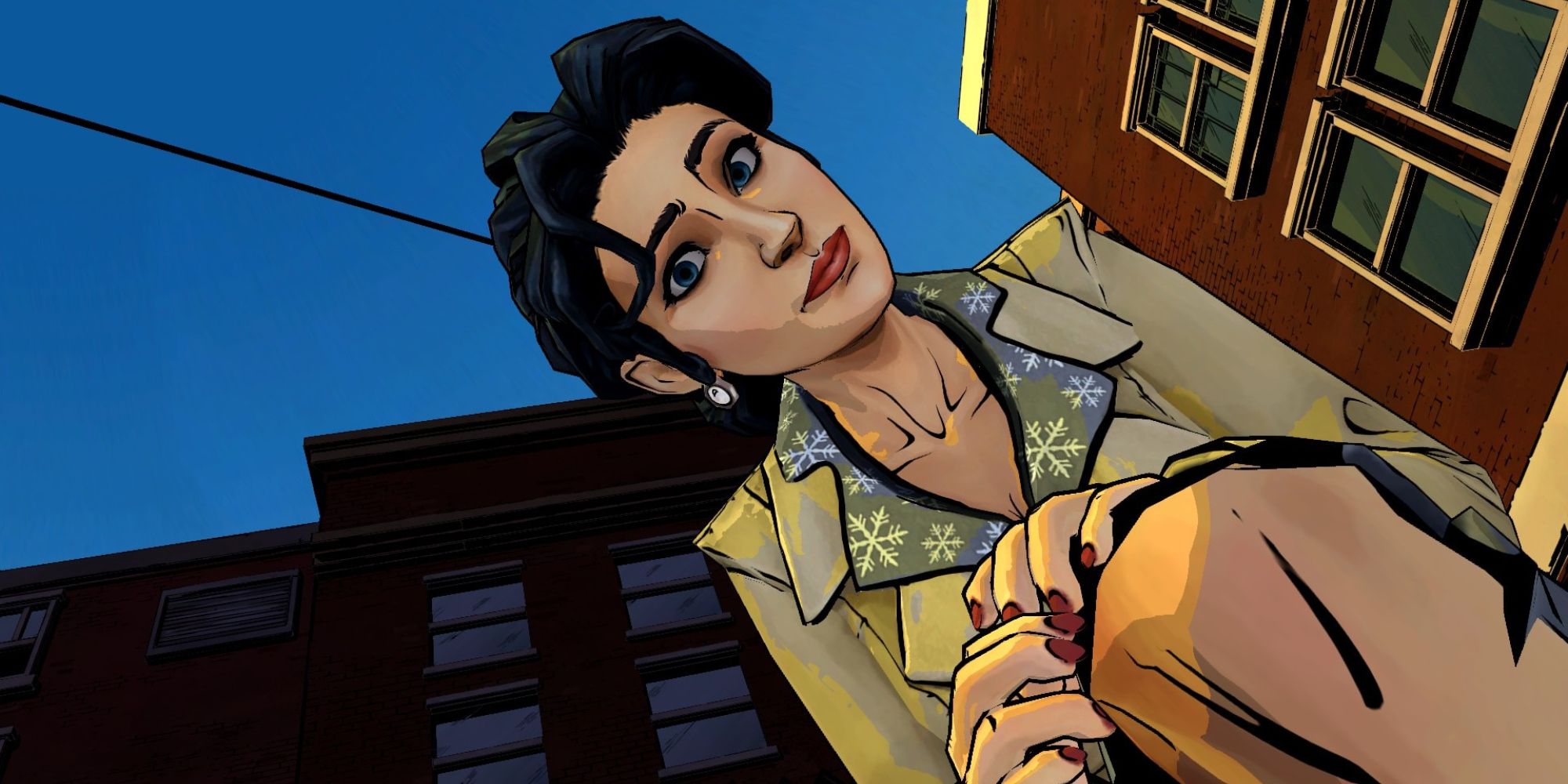 Apart from the audience rooting for Snow White because she's the main love interest, she's also the iconic Snow White, one of the original Disney princesses. This Snow White displays a different mindset that gives women power. Essentially, Snow White is a girl boss. She doesn't have a husband to tend to at home or a desire for kids. All she's focused on is her duty to the people of Fabletown, and she takes that very seriously.

Snow White also gives off a "not-like-other-girls" vibe because of this. The Wolf Among Us is based on the comics, which did a spectacular job at keeping these fairy tales dark and grim like originally intended before Disney took charge. Snow White's story is no different. If you're never read the comic books, learning about Snow White's past and what made her the woman she is today stays with you.

8 Toad And TJ – The Wind In The Willows 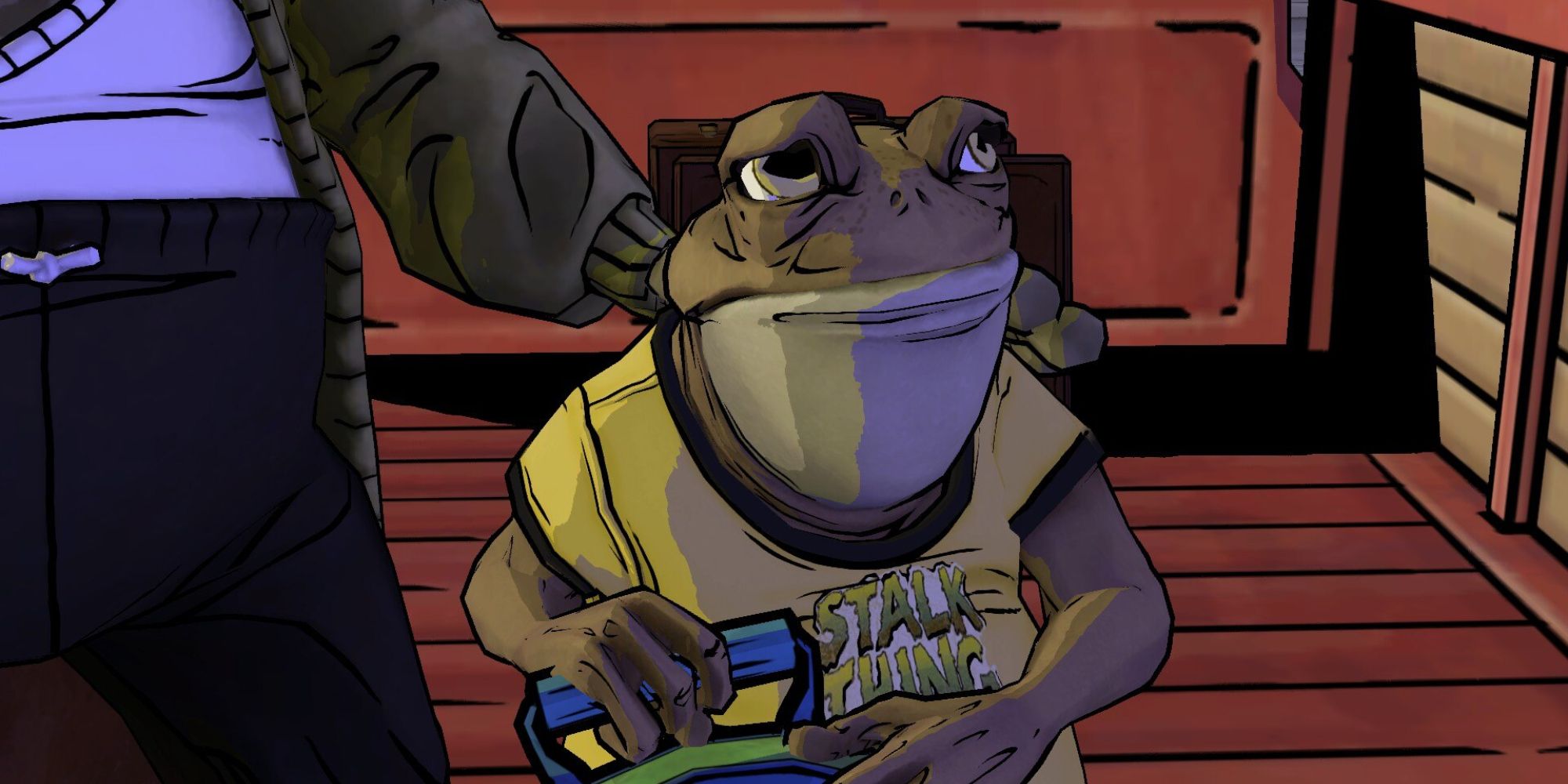 Toad has it rough. He has to raise a kid as a single parent, struggling to pay bills. Though he comes across as vulgar and disrespectful when we first meet him in Episode One of The Wolf Among Us, we can all understand where the bitterness comes from. Imagine having to pay for glamour on top of all your other real-world bills.

TJ is just a kid in this sick and twisted world. His father not being able to support them and get glamour is not his fault. You can't help but feel for the only innocent child in The Wolf Among Us so far. The fact that TJ is voiced by Melissa Hutchison, who also voiced Clementine from Telltale's The Walking Dead only emphasises this. 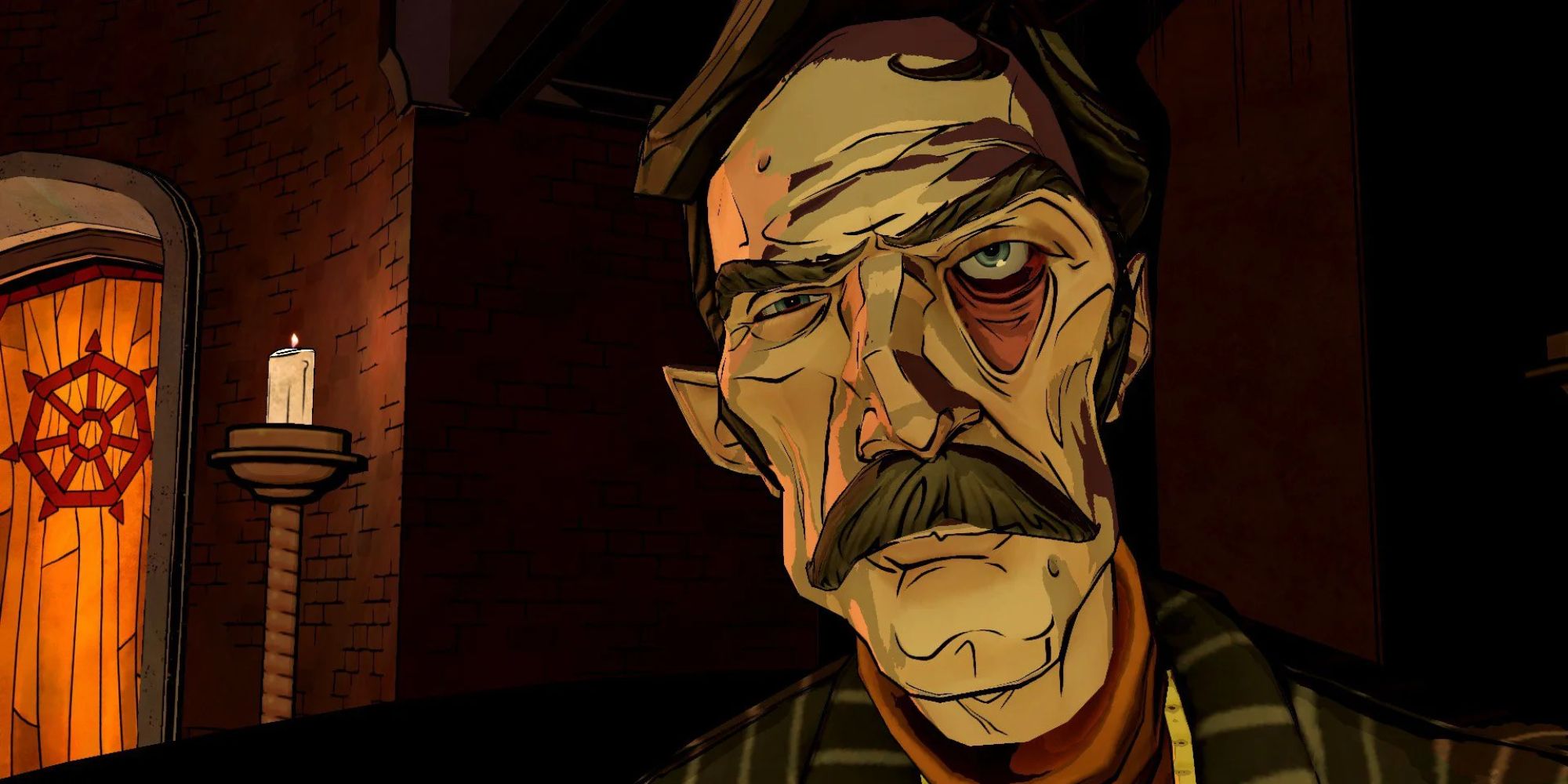 Every single confusing lead and dead-end in Bigby's case, the Crooked Man was responsible for. Throughout the entire season, you're trying to figure out who is behind this big charade and why. Meeting Bloody Mary was a necessary and terrifying reveal, but meeting the Crooked Man was something different.

In a world where fairy tale characters come to life and live ordinary lives, you expect the big bad villain to look like a grotesque monster with a cheap glamour. Instead, it's a regular old guy with slightly crooked features that make him almost as unsettling as his personality. 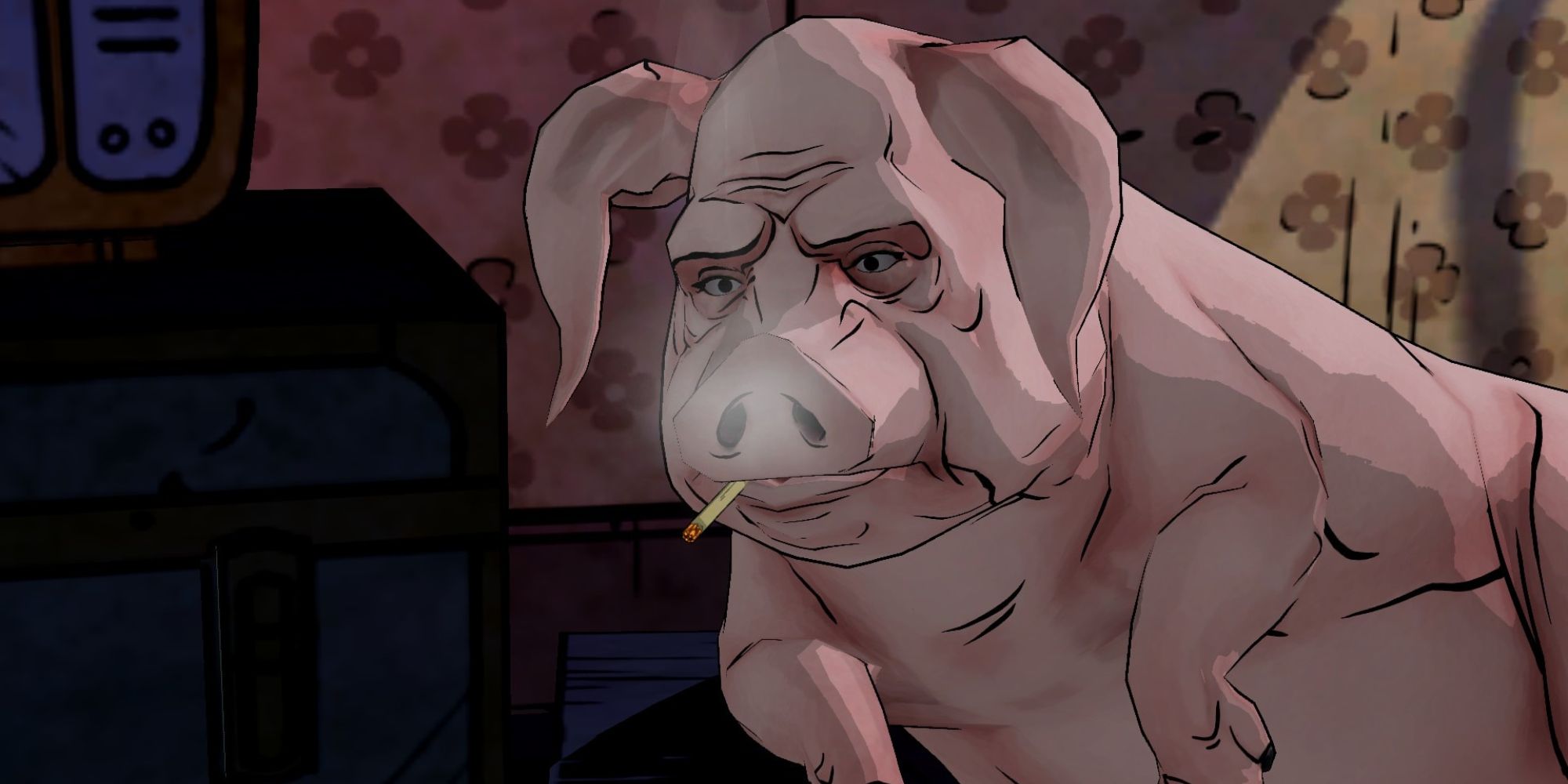 Colin helps with comedic relief in a grim noir story. Another fable who can't afford glamour, except we feel no sympathy for Colin as opposed to Toad. Bigby is essentially Colin's Big Bro and the screen time we get with the both of them is irreplaceable entertainment.

This lazy loaf is also part of a classic tale most children know. Probably for the sake of The Wolf Among Us subplots and universe, Bigby is actually both the wolf who terrorized the three little pigs and the wolf who tricked Red Riding Hood. This makes his relationship with Colin all the more interesting and fun to watch. If you haven't read the comics, these interactions tell you a lot about the world in a short time.

5 The Girls With Ribbons – Various Fables 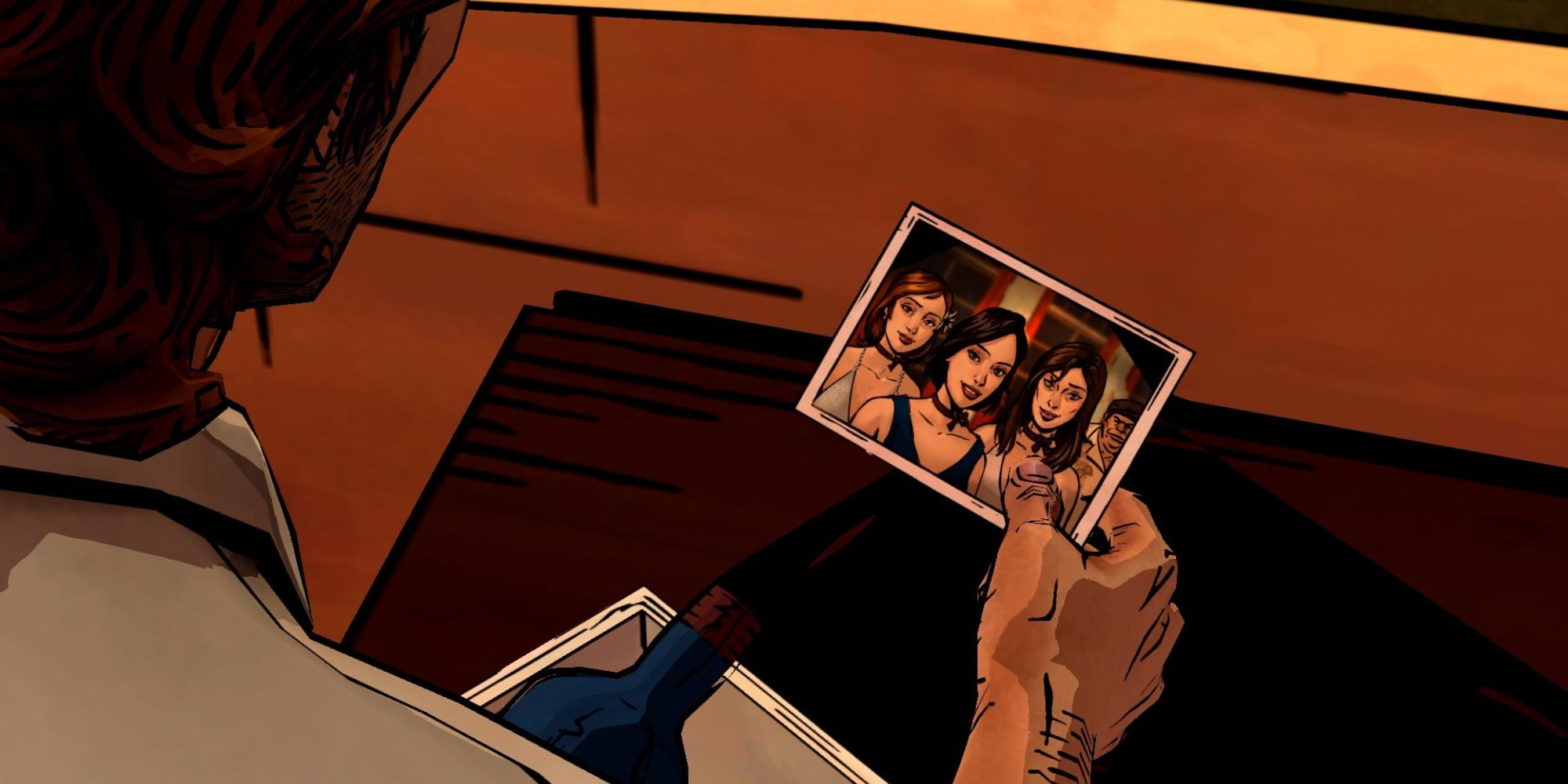 The working girls with ribbons around their necks are also an innocent party to the evil at work. Though they are the center of the mystery, by progressing through the investigation and speaking to various workers of the Pudding 'n' Pie, you understand that these girls mean no harm. They are obviously keeping secrets against their will. You can tell by the fear and hesitation each one has whenever you speak to them.

Switching from rich fable characters to living in a Mundy world is tough. All the riches and fame have escaped most of these fairy tale characters and rent is high. The Pudding 'n' Pie girls are doing what they can to survive. Whether that's by becoming a stripper or keeping a murderer's secret. Toward the end of Season One, everyone feels for these girls.

4 Bufkin – The Wizard Of Oz 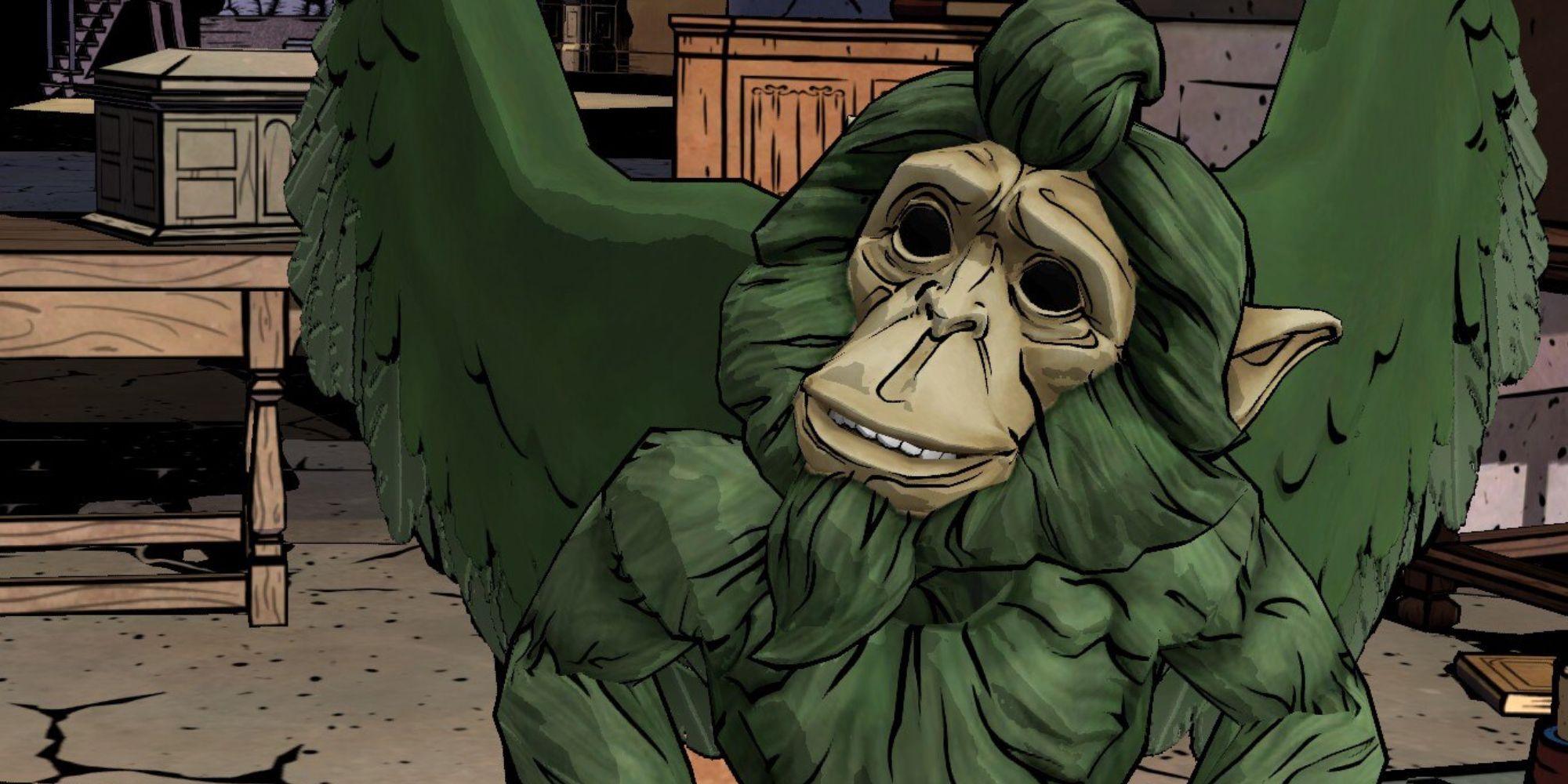 Bufkin is another comedic relief for the audience and people at the office, even more so than Colin. Bufkin, as we know it, shares no past with the other Fables in the season and his interactions with everyone are a pure comical joy.

This green money is our primary source for more information on Fables. Who everyone is and where they came from. Bufkin is both useful and a source of comedic relief. 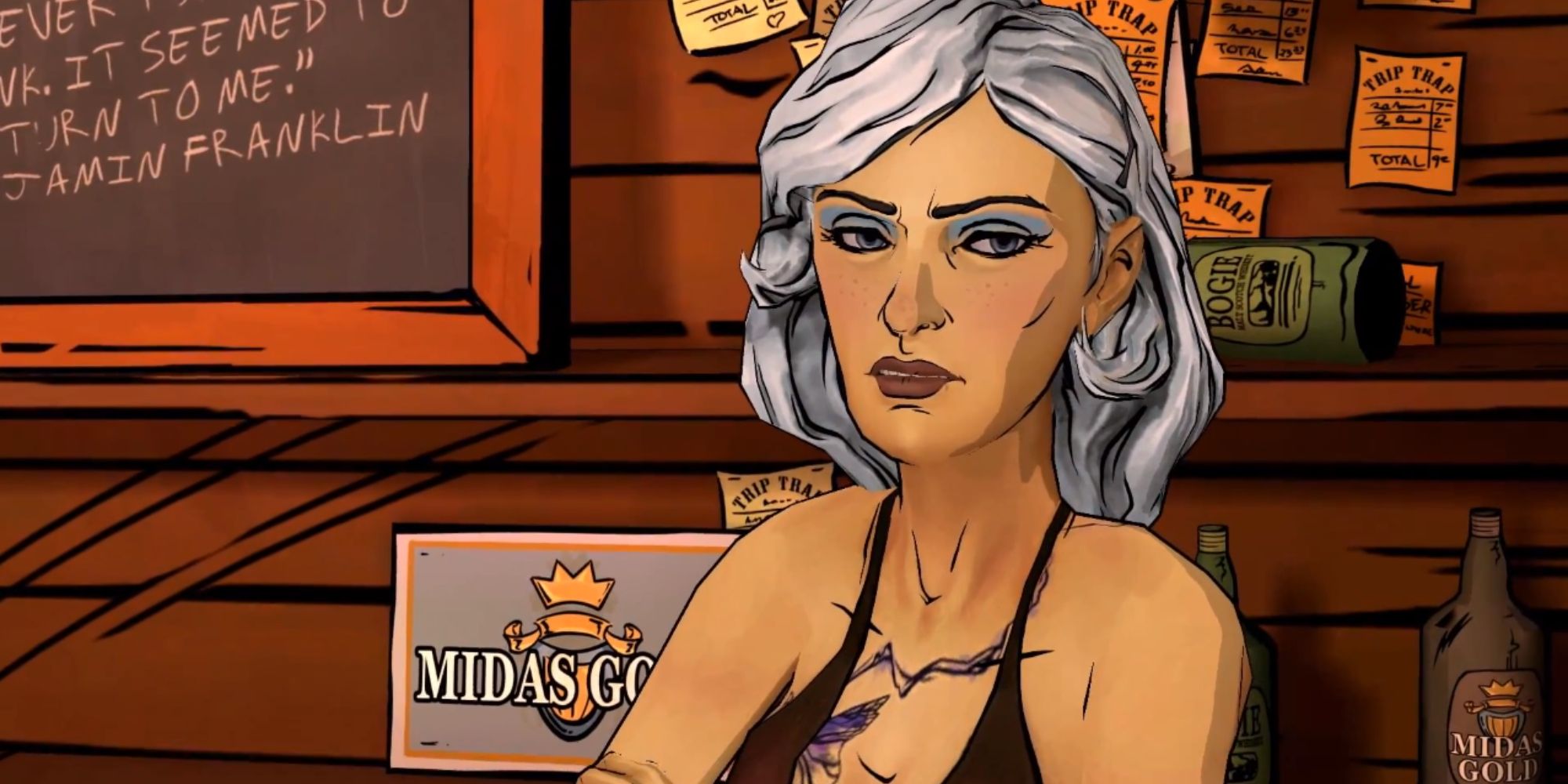 At the start of your mission as the town sheriff, Holly seems like an ass keeping secrets for evil people. Eventually, you come to realize she isn't the one you should be angry with. All Holly and Lilly know is life at the bar and Pudding 'n' Pie. The people they protect are their only family. So whether those said people made a mistake or not, they will stick by each other's side.

Holly puts family first. She didn't kill anyone. She and her sister are an innocent party that got affected by the guilty party along the way. 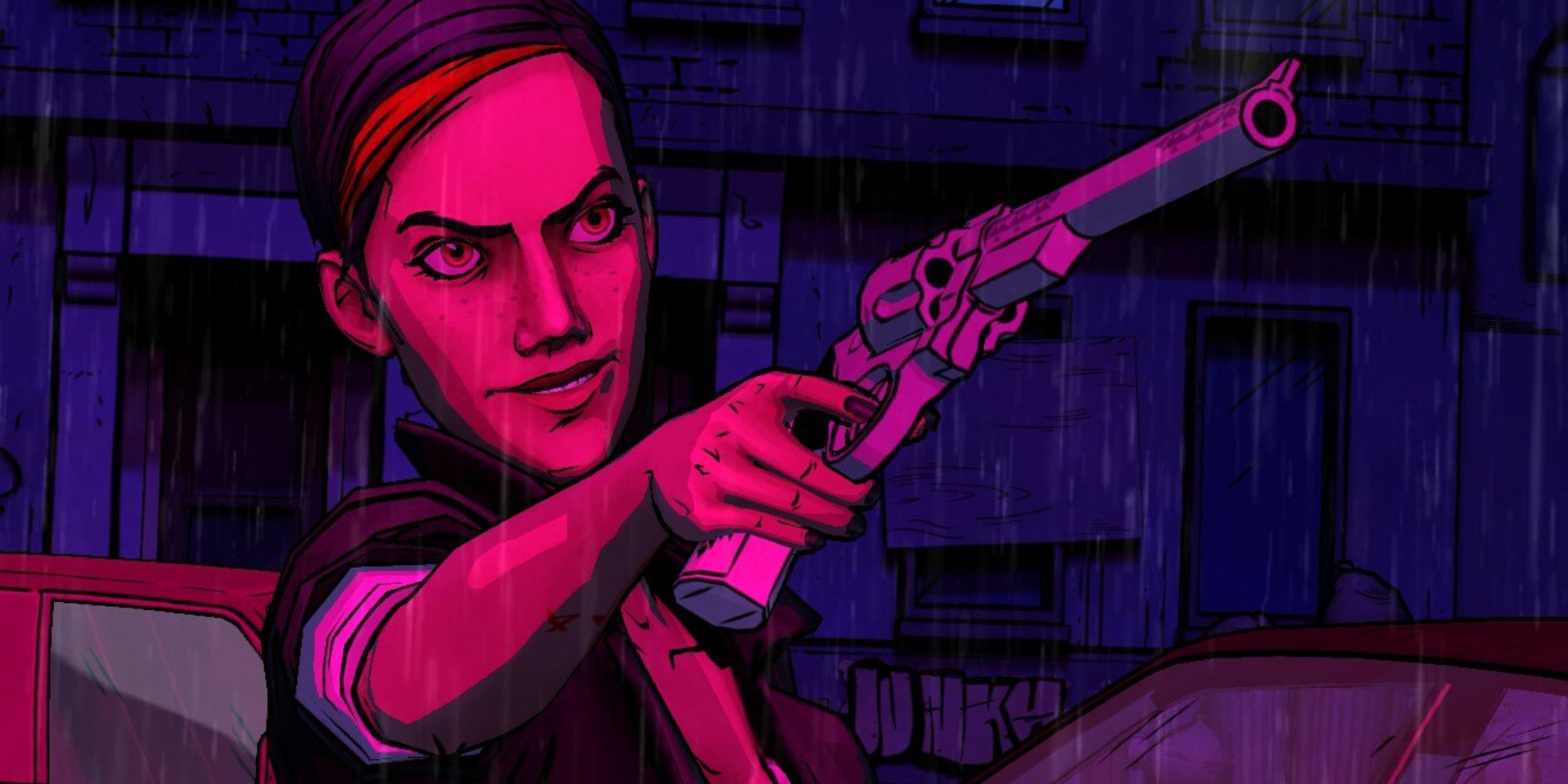 By far the best villain in The Wolf Among Us yet. Bloody Mary comes across as the evilest of them all. During our first introduction to her, she is covered in hot pink lighting and holds Bigby's one weakness. Bloody Mary did not come to play.

The folklore tale she's based on is also ingrained into most of our childhoods. This isn't a princess with a twisted past, that we can understand. Bloody Mary is something we as the audience feared as a kid, and then she shows up on the screen with all that negative energy and more. She proves she should be feared. Though she may be the Crooked Man's lackey, at the end of the day it's clear she just likes the fight. 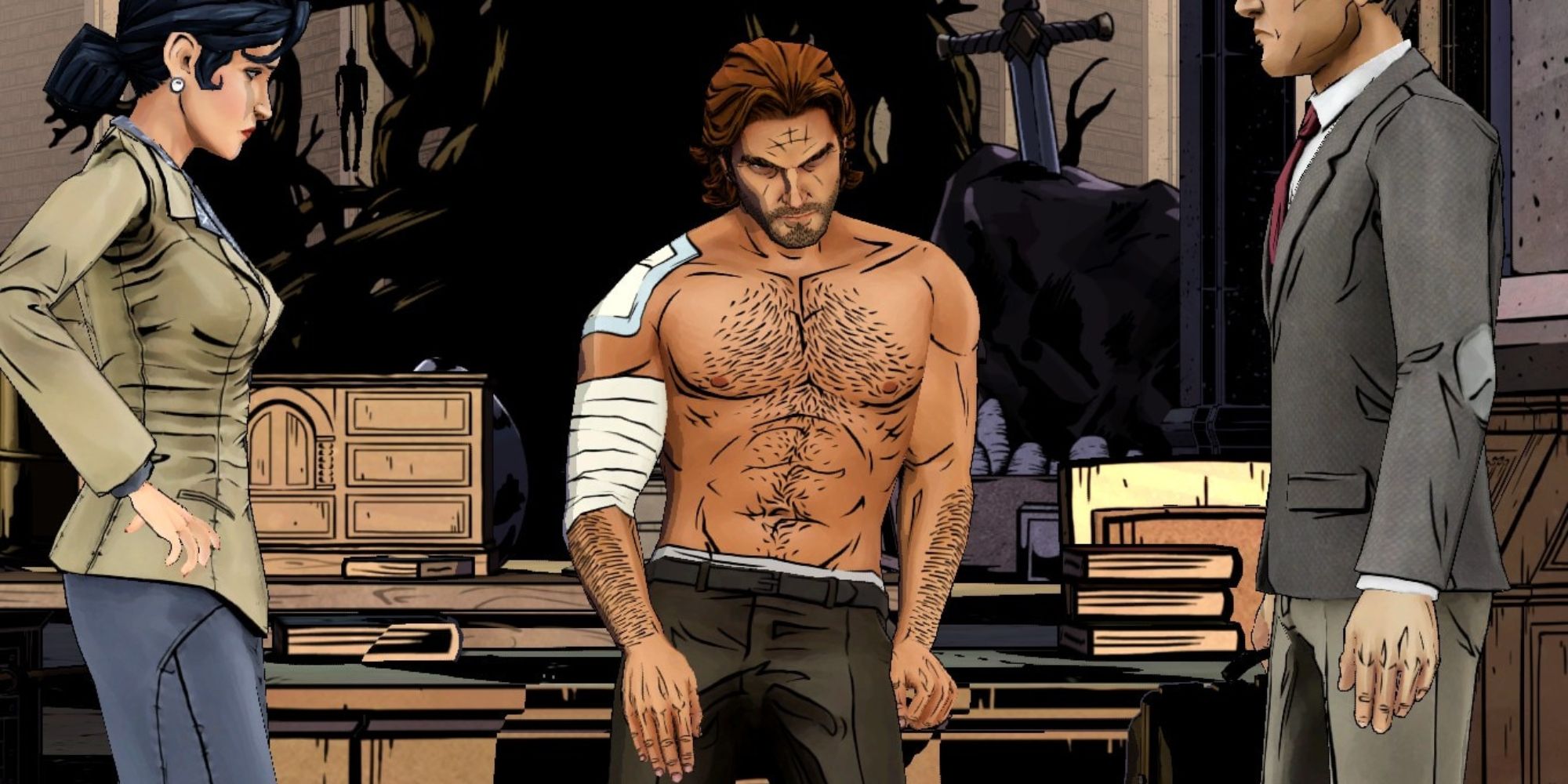 Obviously, our main attraction is one of the best characters in the game. Nothing says likable protagonist like a scruffy man who's actually a sweetheart. Much like Geralt from The Witcher, Bigby is seen as the bad guy by most people.

Related posts:
02/28/2022 News Comments Off on The Wolf Among Us: 10 Best Characters, Ranked
Hot News
citalopram pizotifen
10 Best Co-op Games On The DS & 3DS
The Biggest Gaming News For May 18, 2022
League Of Legends: Everything You Need To Know About Challenges
How optimized object recognition is advancing tiny edge devices
Recent Posts