There are two types of Elden Ring mods. They either make the game a bit easier, or much, much harder. We have one of each this week, so you’re set whether you want to make your playthrough more or less convenient.

But we open on a much-loved project we haven’t covered in a while: Skyblivion. This port of the fourth Elder Scrolls games has had a huge update, introducing a new area.

It’s been a long wait for Skyblivion, but if the latest reveal is anything to go by, it will be well worth the wait. The latest development diary has given us a look at a completely remade Bruma, as well as goblin tribes and daedric artefacts. Bruma is a particularly fitting section of the game to show off, given its close proximity to the Skyrim border. The nord settlement has had all of its iconic locations recreated using Skyrim assets, merging the best bits of both Elder Scrolls games. But it also has a newly designed Talos statue – two in fact. 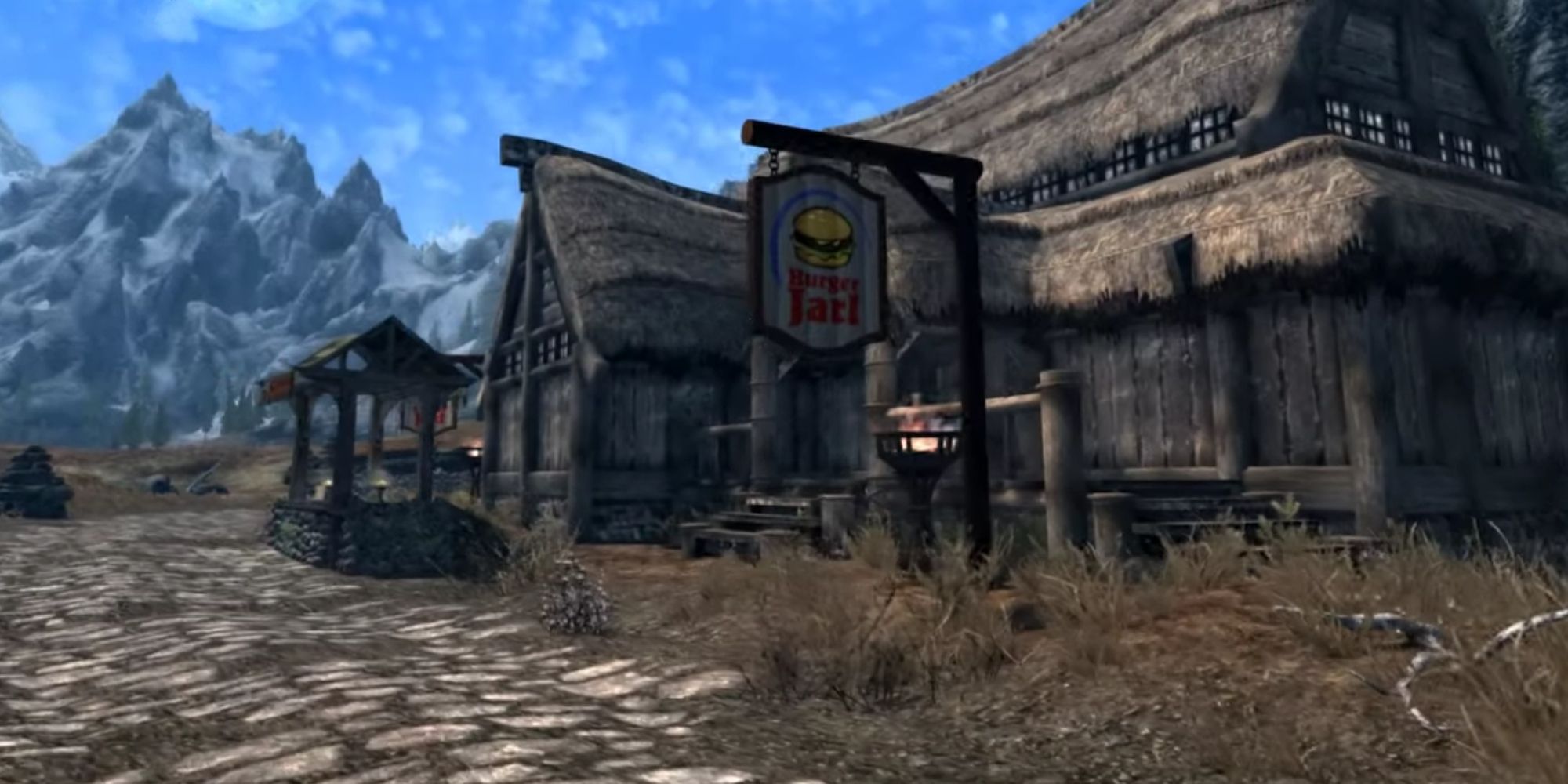 As great as Skyblivion is shaping up to be, not everyone is in the market for a huge, decade long development project. No, sometimes you just want something daft for your next playthrough – like fast-food restaurants in Skyrim. This mod from Nexus users hrodeberht1 and bella brings Burger Jarl to Whiterun, with a menu including Breton Fries, Milk-Drinker Shake, and of course, a titular Big Jarl. 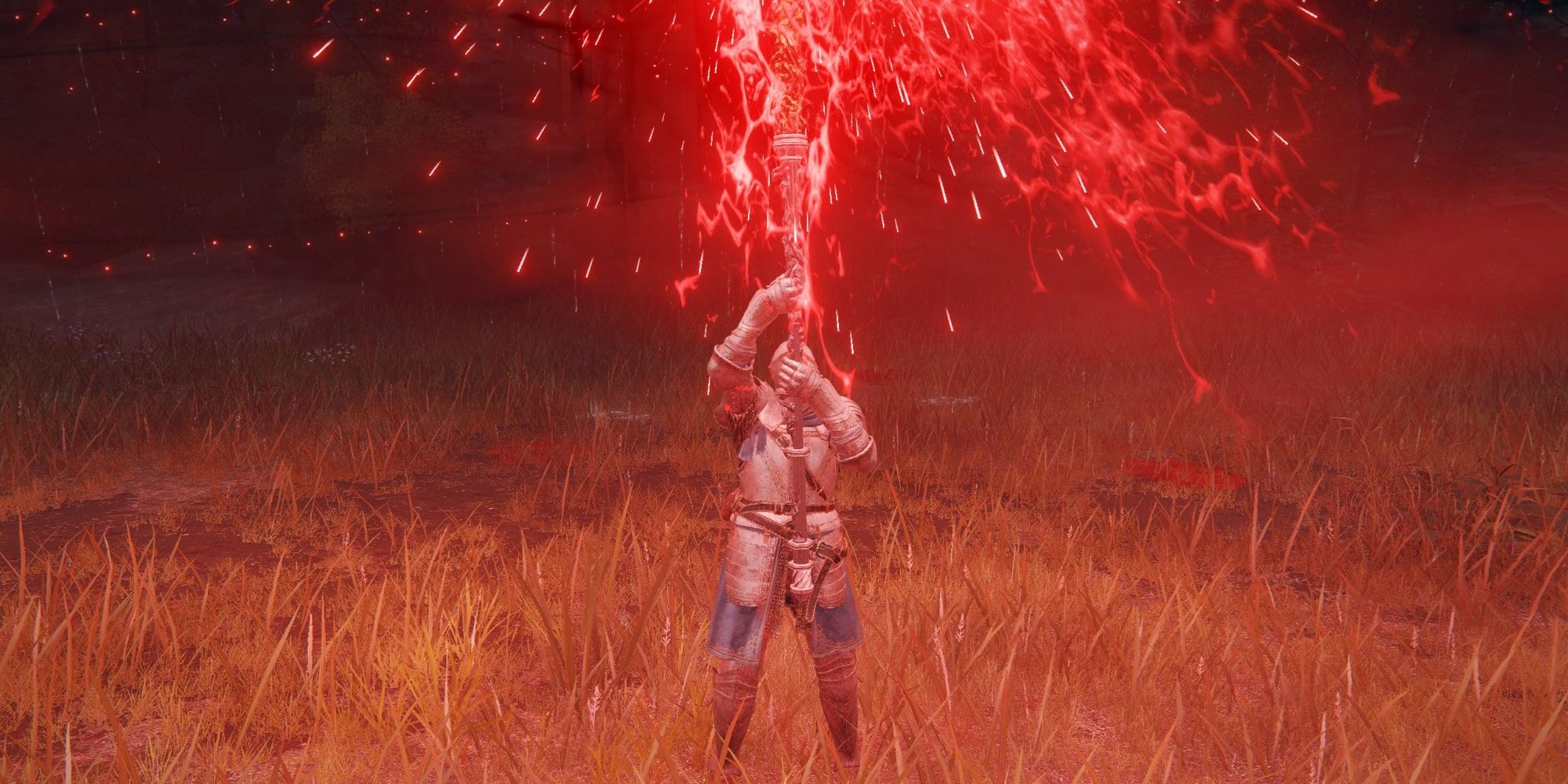 Someone Has Already Made Dark Souls' Randomiser Mod For Elden Ring

Moving other to Elden Ring now, we have yet another mod that makes the game harder. Well, not necessarily, but a whole lot less predictable for sure. This randomiser does exactly what you expect- it completely randomises all loot and even has an option that will force you to equip whatever you pick up. That means you have to give up your ridiculously overpowered weapon you were lucky enough to find early on, for something that’s unlikely to take out even basic enemies. And all right before a big boss. It doesn’t randomise the enemies just yet, but we can probably expect another mod to do that soon, just in case this isn’t challenging enough. 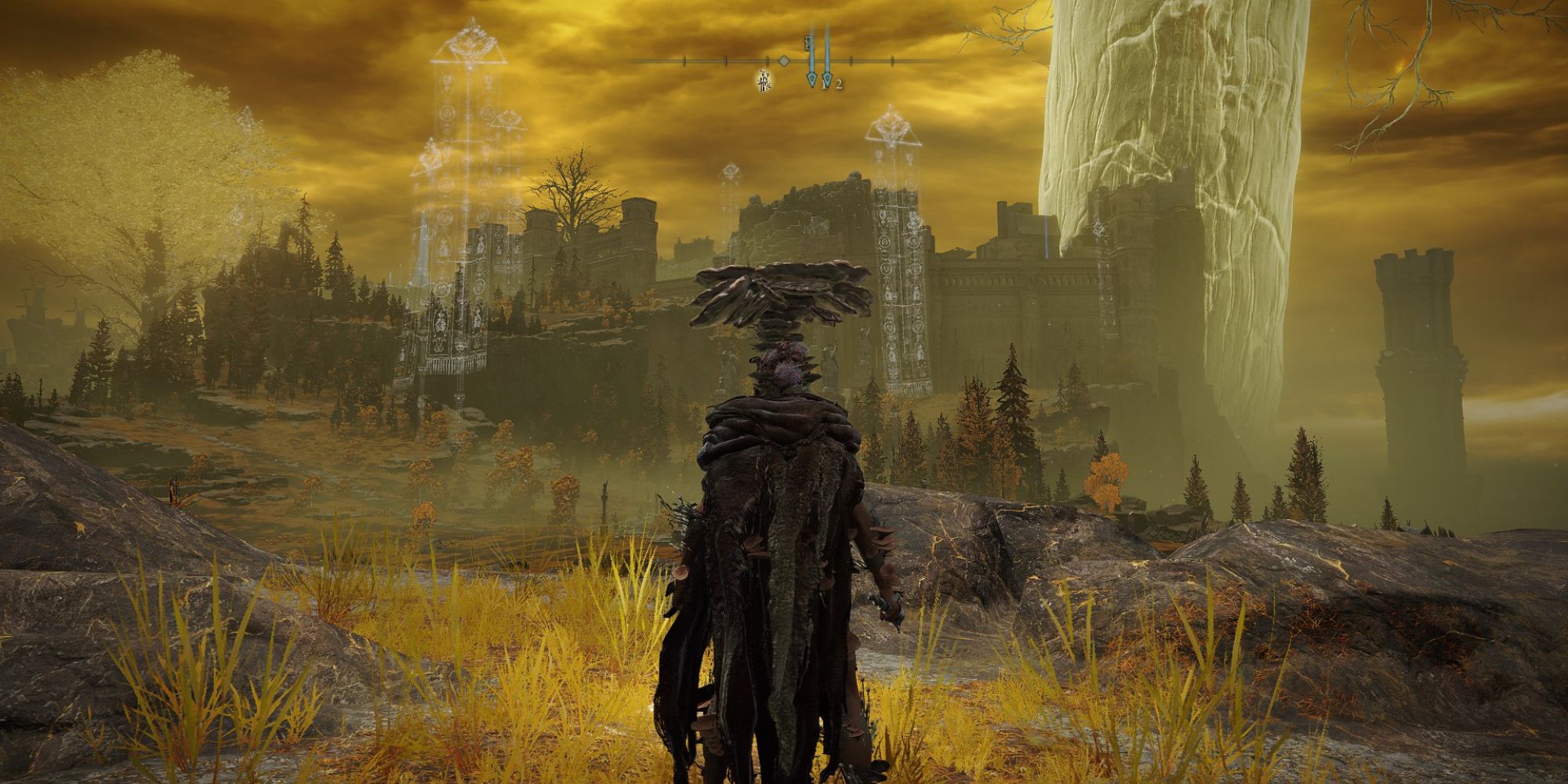 While FromSoft devs are busy balancing the game, modders are getting to work on quality of life fixes. This week was no different, with a fan making Elden Ring more accessible for users who play with PlayStation controllers. Thanks to Nexus user Iosh11, players who are using DualSense and DualShock controllers will see prompts fitting of their controllers instead of the usual Xbox ones. Beforehand, you could connect the controller and start playing, but the controls didn’t line up at all, making it a pretty frustrating experience. If you prefer Xbox controllers, you’re in luck, however, as they work right out of the gate.