Become the greatest dark wizard the Wonderlands have ever seen! Tiny Tina's Wonderlands has taken the community by storm since its release. The game features familiar elements like the humor and zany characters we have all come to love in the Borderlands franchise. It also brings innovations such as a magic system and some of the coolest playable classes seen yet.

One of the classes that may have jumped out at you is the Graveborn class. This class is for all the true edge lords out there who want to suck the very life force from their foes. If being a lich king in a fantasy world appeals to you, then you should definitely choose this class. In order to fully utilize the power of this class, you must know how to unlock its true power. This guide will help you harness the true power of the Graveborn.

What Is The Graveborn Class? 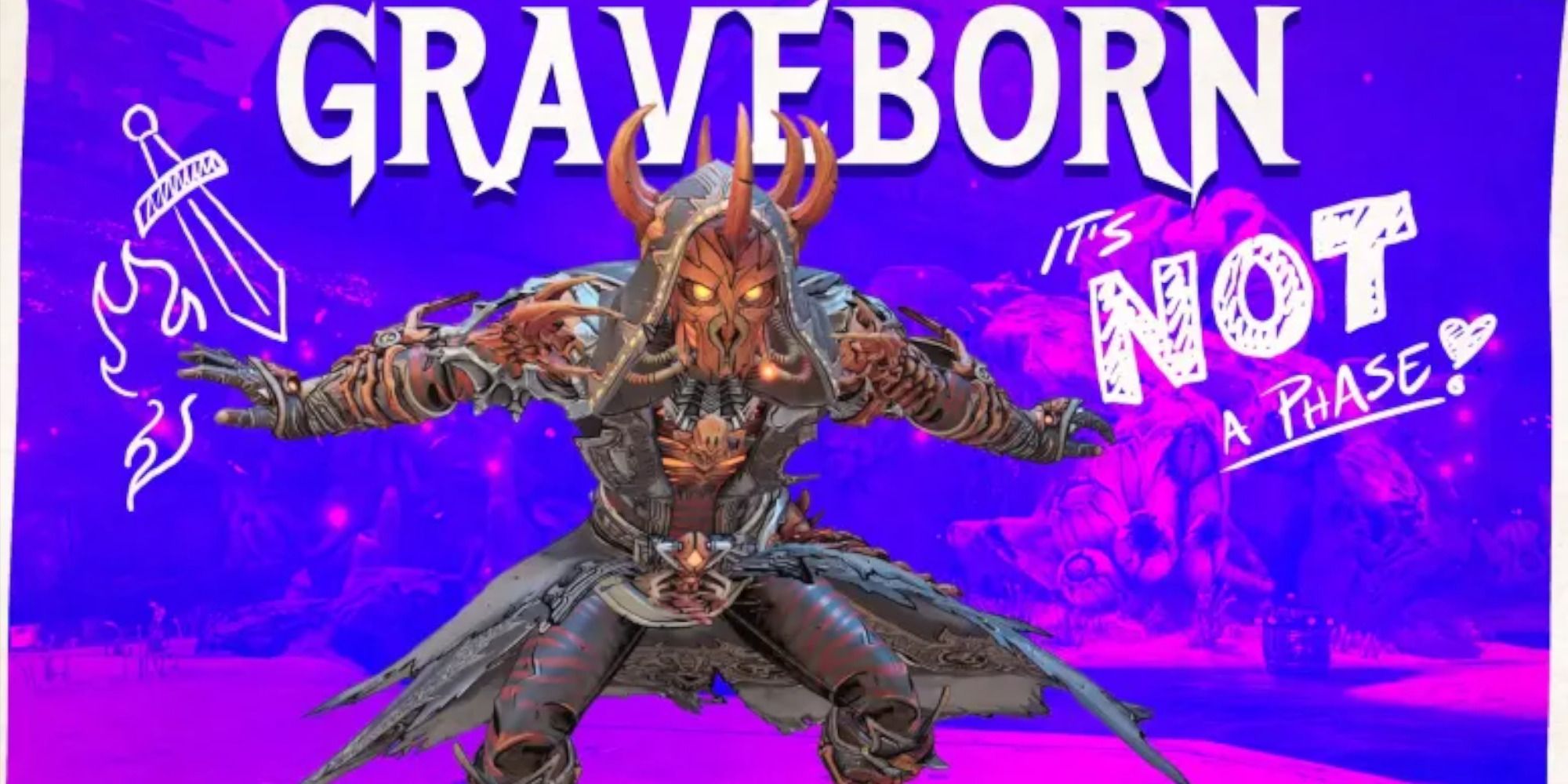 Before running through the game with the Graveborn, it is important to know what the class is all about, and how it best deals damage. Graveborns get a boost to Dark Magic damage. Dark Magic also has the added benefit of refilling your health when your character inflicts enemies with it. The Graveborn also has access to the Demi-lich Companion passive ability. This ability causes a small companion to hover near you and toss Dark Magic spells towards enemies. The Graveborn plays by the old trope of sacrificing health in exchange for a damage boost.

What Active Skill Should I Take? 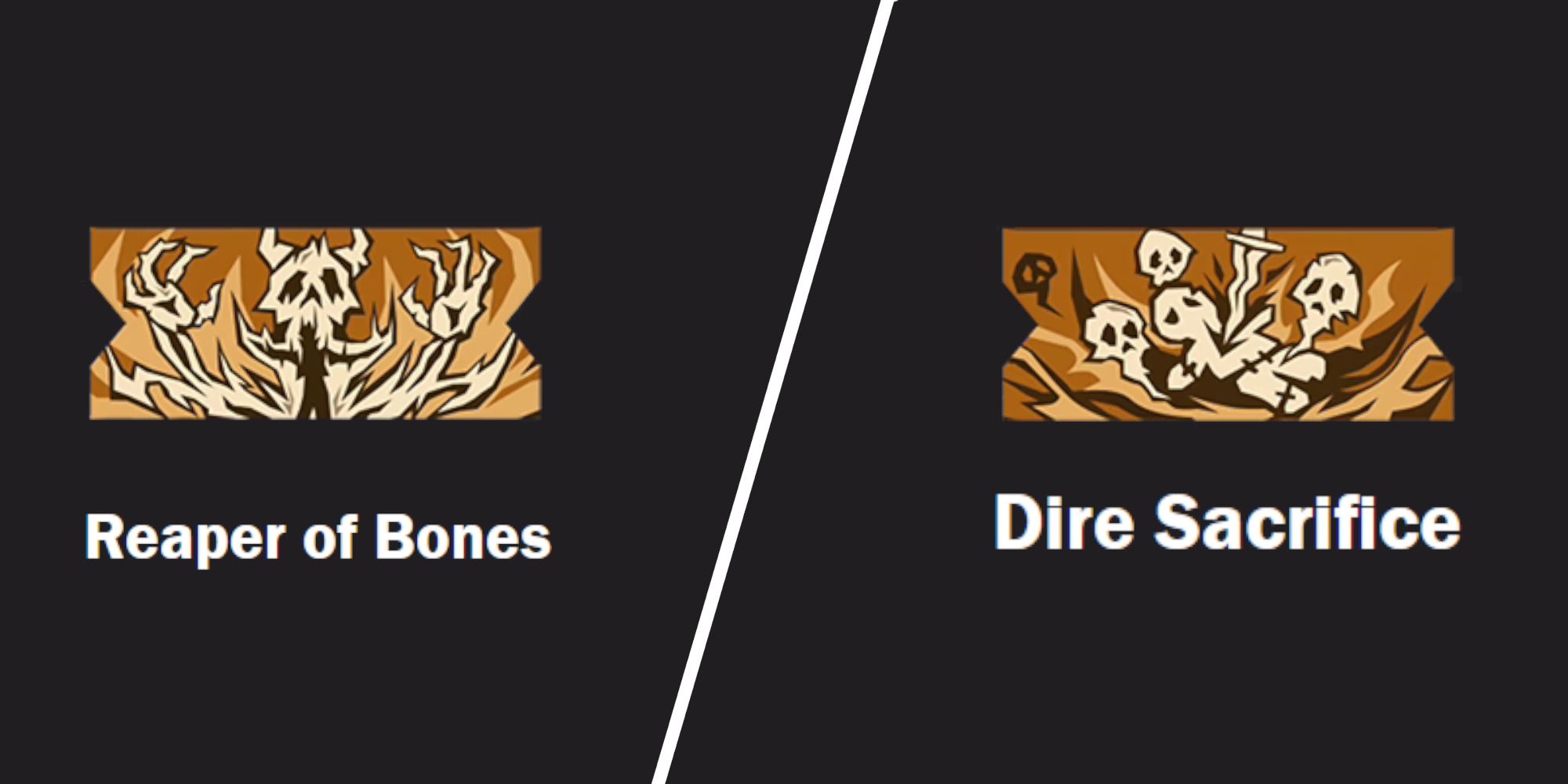 The Graveborn class has access to two different active abilities. This section will break down both, and which is a better fit for the build. Keep in mind that choosing one Active Ability will not lock you out of the other ability. You can freely swap between abilities from the pause menu at any time.

The first ability you will have access to is Dire Sacrifice. This ability allows you to sacrifice a portion of your health do inflict Dark Magic damage to all nearby enemies. This skill can sound daunting at first, but as long as there are multiple enemies nearby when you activate the skill, you will gain all of your health back right away.

The second Active Ability is Reaper of Bones. This ability fully heals the user, and increases their leeching efficiency for a short time, as well as dealing increased Dark Magic damage. The caveat here is that you will take more and more damage each second this ability is active. Since the Graveborn is all about sacrificing health for damage, this may seem like the ability to go with. However, Dire Sacrifice is going to be much more useful to you in the long run.

What Hero Skills Should I Invest In? 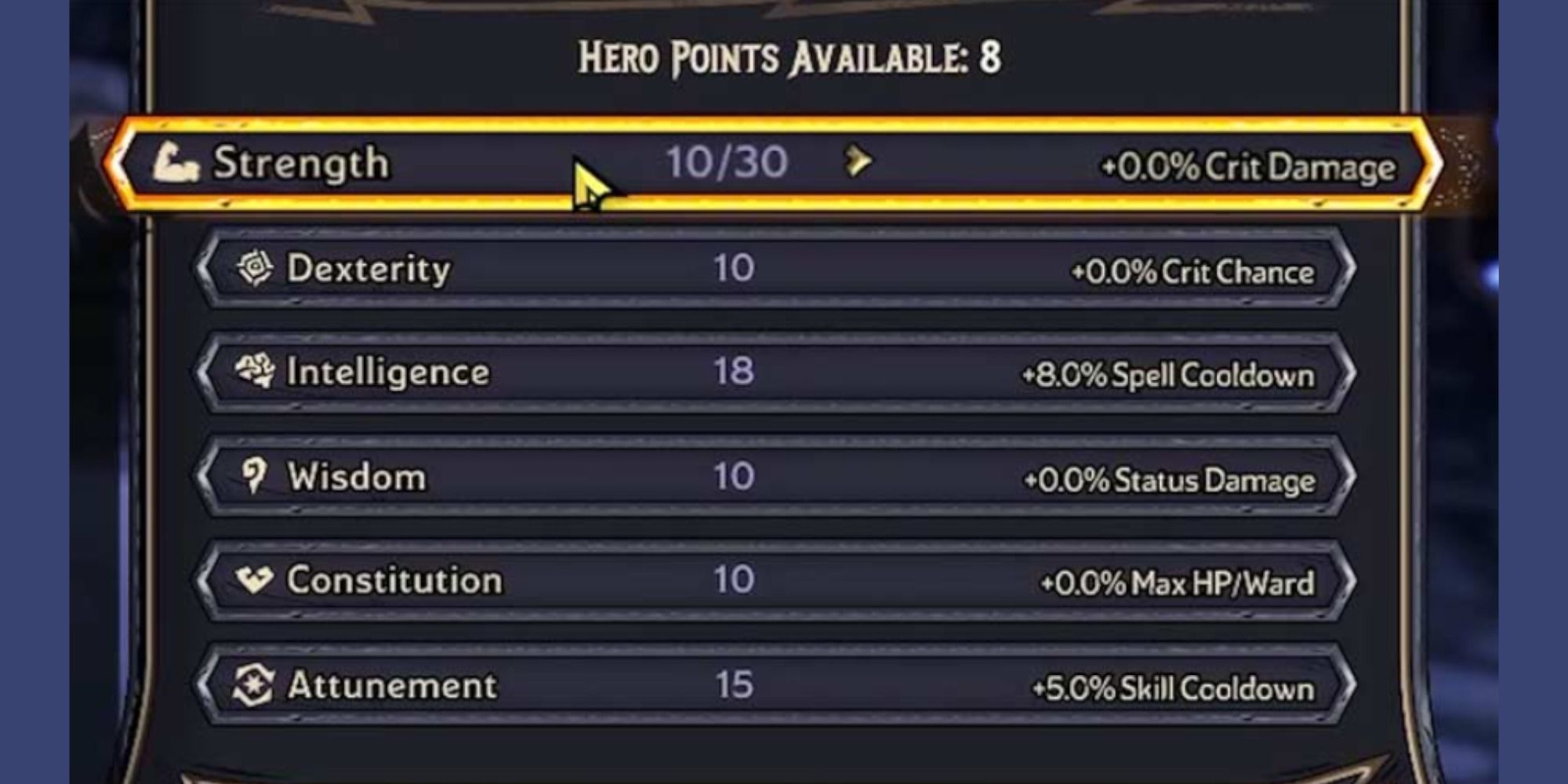 Tiny Tina's Wonderlands is heavily inspired by Dungeons and Dragons and as such, borrows the leveling system from that title. At each level, you will be given a skill point to invest in this tree. The available skills are:

For the Graveborn class, you are going to want to max out the Wisdom, Attunement, and Constitution skill trees. These trees will allow you to deal plenty of damage while also being able to soak up anything an enemy throws your way.

What Graveborn Skills Do I Need? 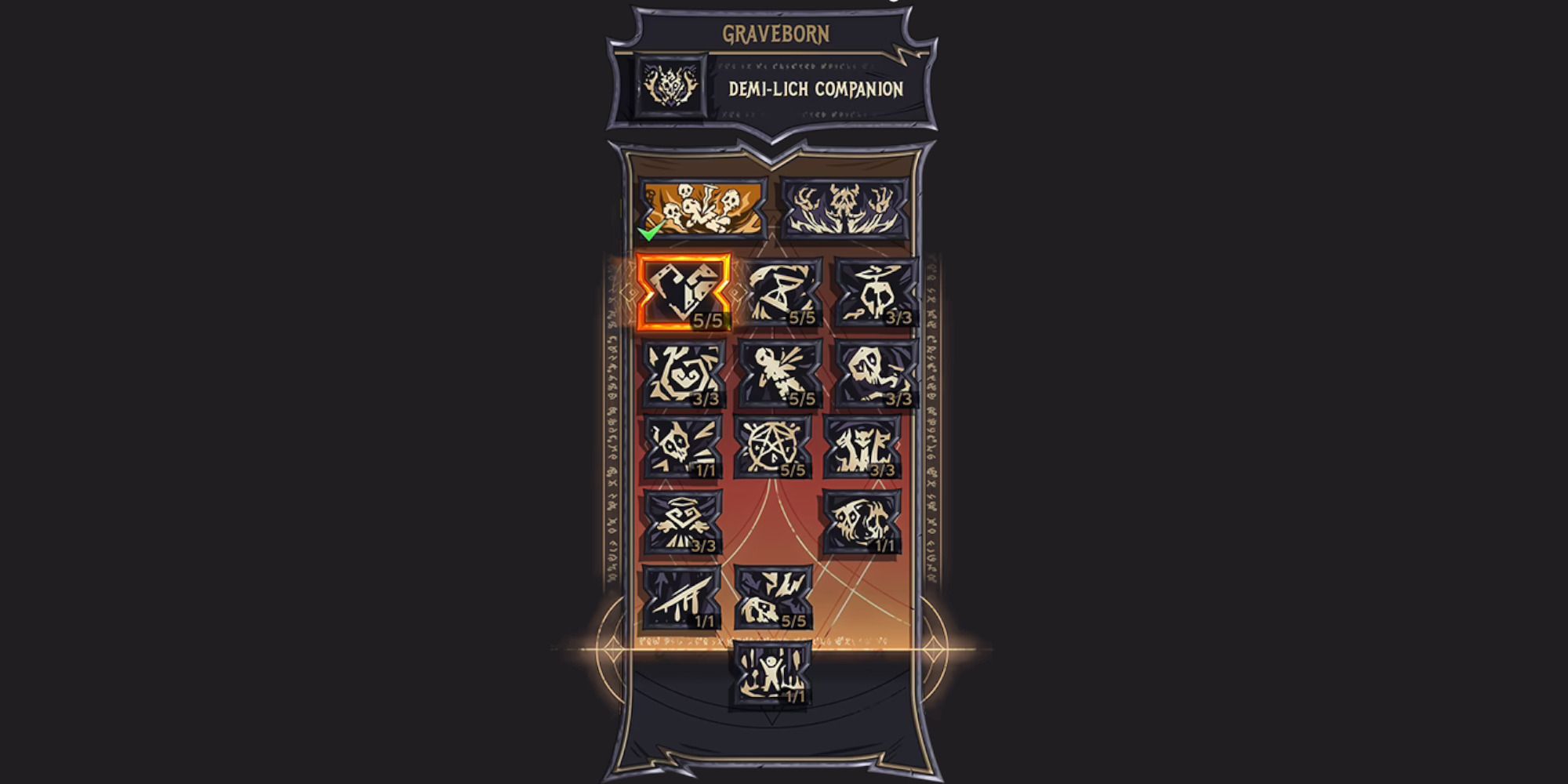 Each class has access to their own unique skill tree as well that provides them with powerful passive abilities. In the case of the Graveborn class, you will want to max the following abilities: Mortal Vessel, Essence Drain, Faithful Thralls, Sanguine Sacrament, Dark Pact, Stain of the Soul, and Ascension.

Faithful Thralls synergizes very well with the Dark Hydra ability, which causes Hydra companions to spawn from the corpses of enemies. This is a good way to quickly snowball damage.

What Subclass Should I Choose? 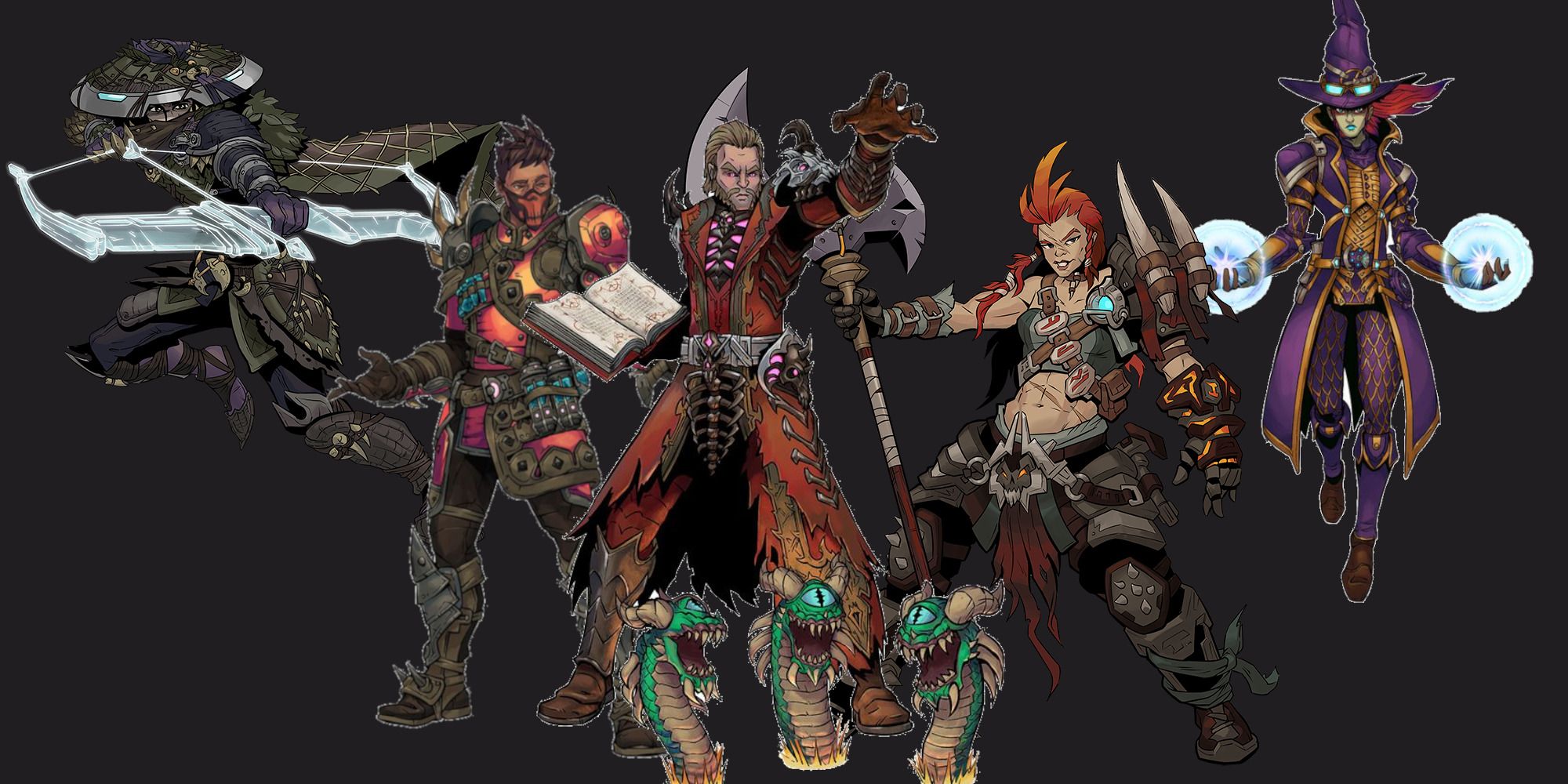 The Graveborn is unlike most other classes in the fact that it can make good use of two other classes, whereas most classes only synergize well with one other class. This section will look into the Brr-zerker and the Spellshot as possible subclasses. 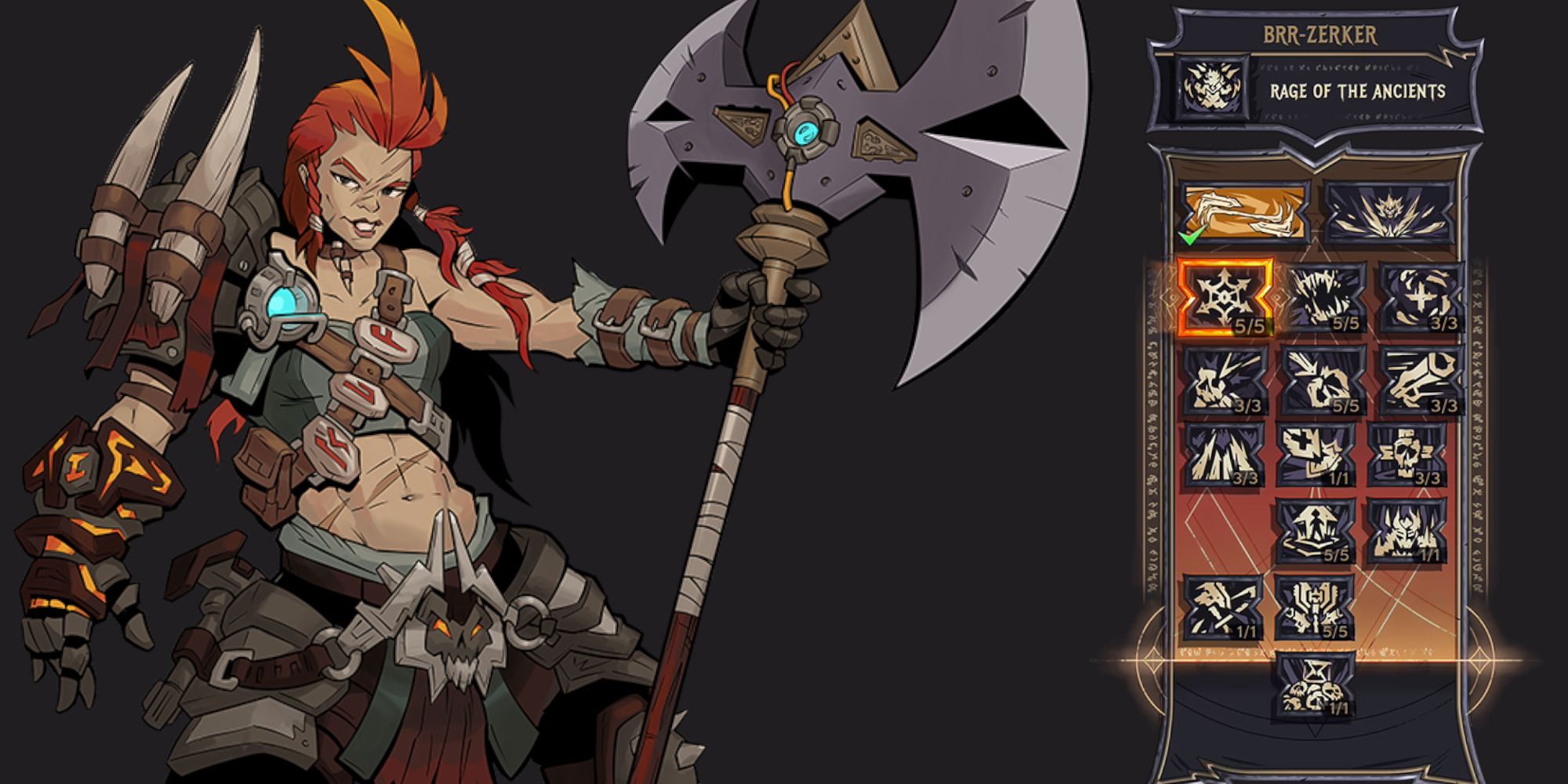 Since the Graveborn will have high Constitution and Wisdom, the Brr-zerker can be a powerful subclass to choose. Brr-zerkers rely on inflicting cold damage to enemies and dealing increased damage to frozen foes. Since you will already be relying on the high damage output of the Dark Magic status effect, the ice damage of the Brr-zerker can very quickly stack damage. This class has many powerful abilities in its tree, here are the ones you should max out:

If this is the route you choose to go, make sure your spell is in the Dark Damage tree, and your weapons have the Frost affinity on them. That way you can stack both statuses and damage types.

Spellshots rely on their passive ability Spellweaving which increases their damage each time they cast a spell or reload. As you can imagine, Graveborns will be firing spells quite often, so they can make great use of this stacking damage. Here are the skills you are going to want to invest in.

Unless Spellshot is your primary class, steer clear of the Glass Cannon ability. Wards are a Graveborn's friend.

If this is the route you choose to take, you may find more use of Spellshot's Active Ability, Ambi-hextrous. This ability allows you to equip two spells instead of one. This can be a great asset, as you can put two dark spells on at the same time and fire them with very little downtime.

Guns To Look Out For 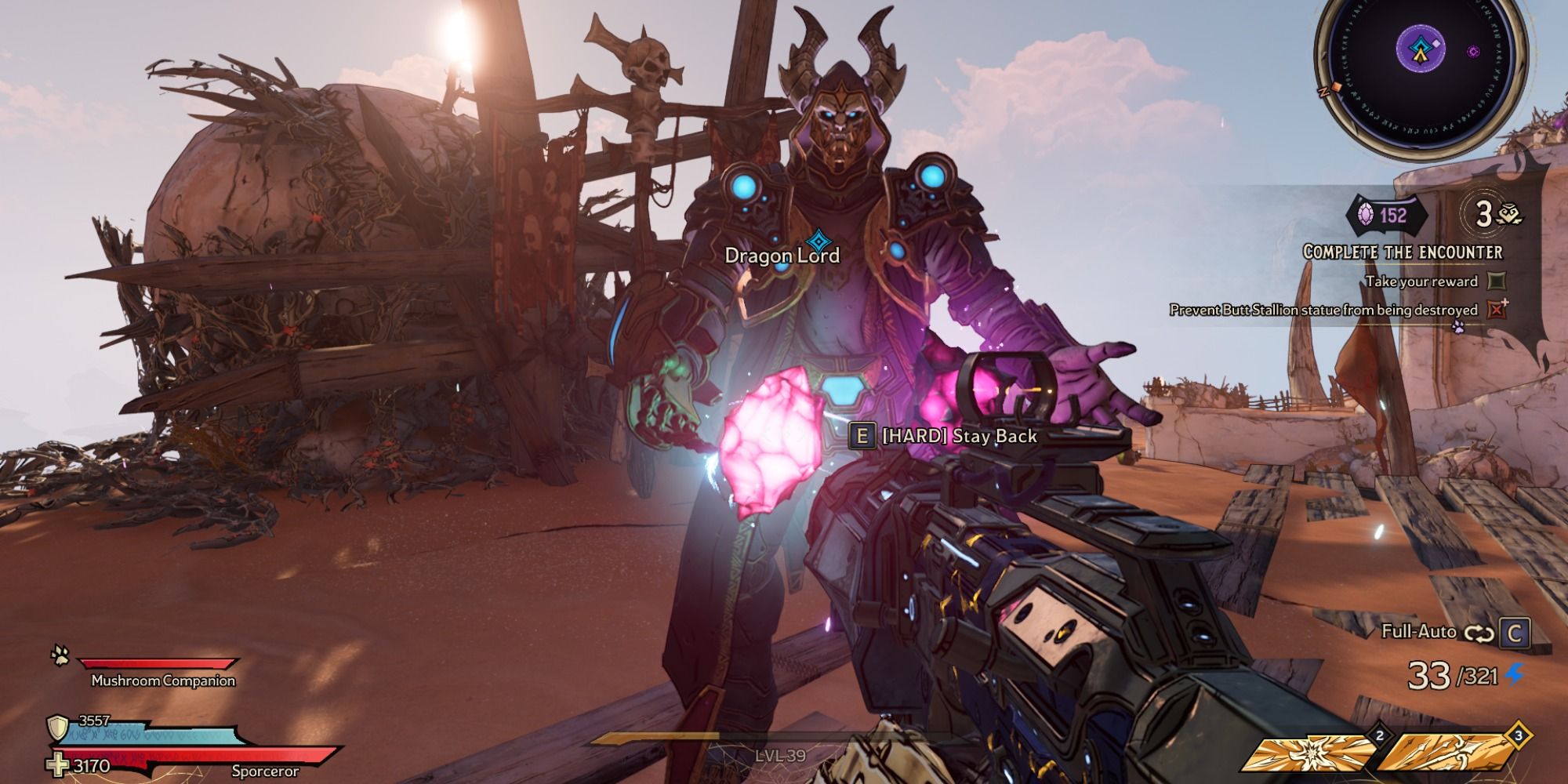 The Borderlands franchise features an engine that can literally spawn billions of randomized weapons. As such, it can be hard to direct you to a specific gun, as all guns and gun drops are random. Even so, certain types of weapons will serve you better than others. Graveborns benefit greatly from weapons that have inherent Dark affinity. This way they will always be able to deal Dark damage, and this can free up the spell slot for a different element.

If you go the Spellshot route, Submachine guns and pistols will be your best bet. This is because you want to be reloading as often as possible for Spellweaving stacks. If you go the route of Brr-Zerker, then keep an eye out for shotguns and submachine guns that deal Frost damage. 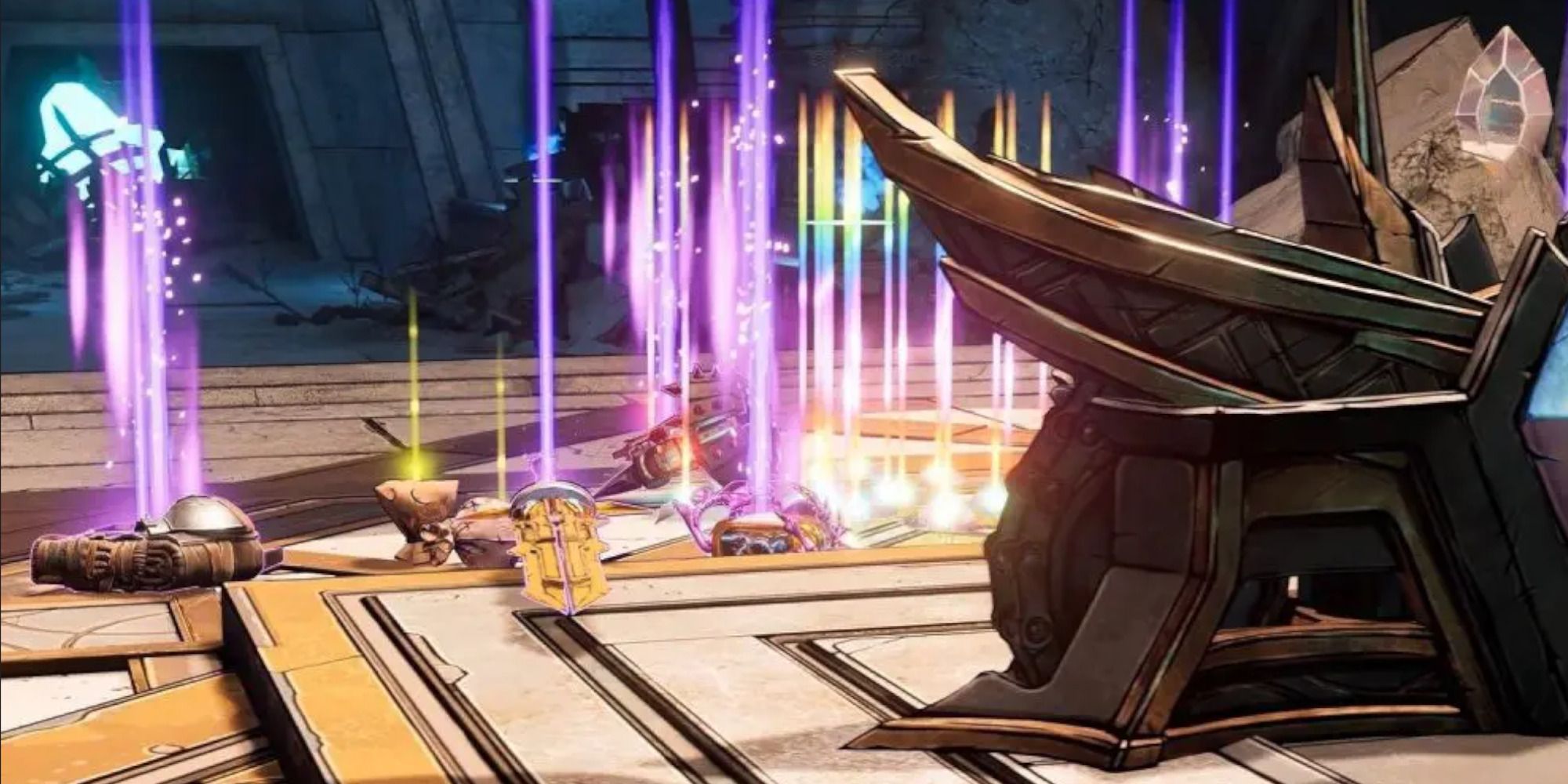 Gear is critical to creating a powerful build. You will have to fill an armor slot, two ring slots, and an amulet slot before all is said and done. For the Amulet, look out for something that increases your spell's critical hit chance and damage. You should look out for rings that further decrease your spell cooldown time.

As far as spells go, it is optimal to try and get your hands on Hydra-type Dark spells. This is because each Hydra spawned counts as a companion and will further increase your damage. For armor look out for anything that boosts Graveborn power and buffs companion damage. If you are having trouble finding good loot, pay a visit to the Chaos Chambers as they always drop Epic and Legendary loot.