Trek To Yomi is a 2D action/adventure game, set in feudal Japan. The game follows the samurai Hiroki on his 4-6 hour quest for revenge across burning villages, serene forests, and much more.

The game might not be overly long or complicated, but there are still dozens of hidden secrets to find, and its combat is unforgiving, even on normal difficulty. Facing dozens of bandits across the rainy lands of Japan is no easy feat, so make sure to begin this trek prepared with the best tips. 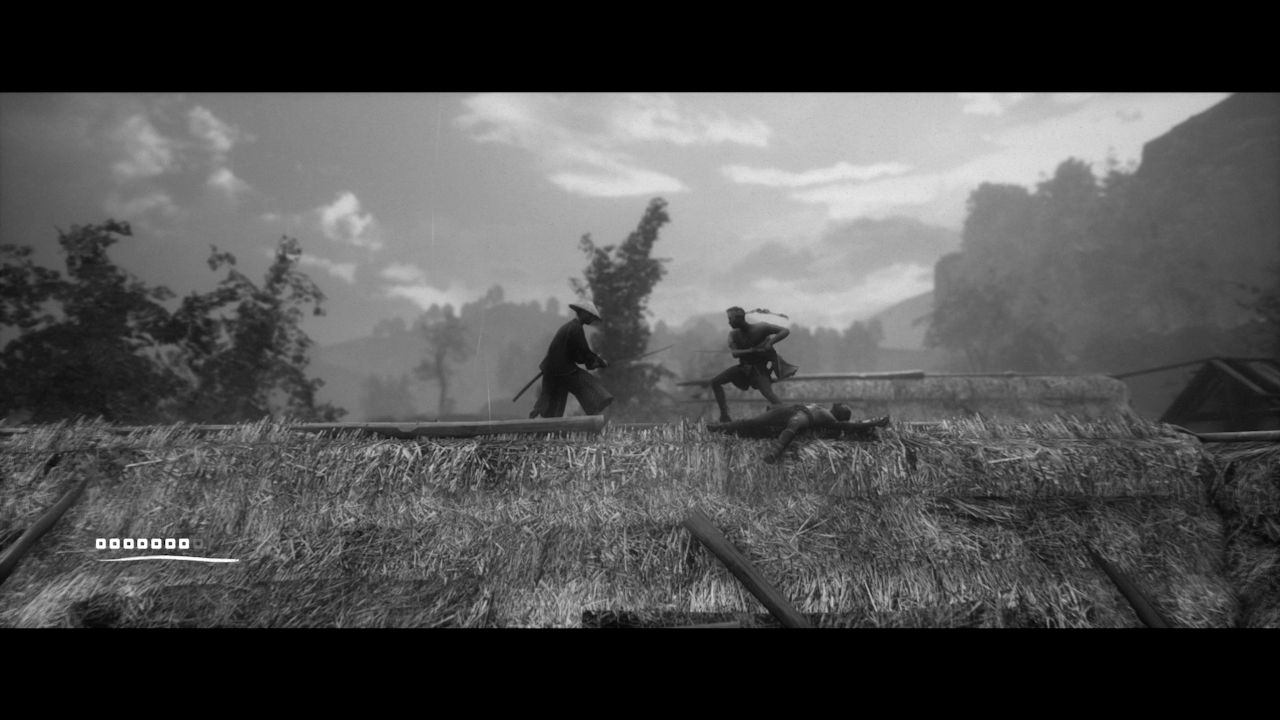 Trek To Yomi doesn't feature the most complicated combat system, but enemies can still put up a tough time if you're not paying attention. You have a limited health pool and enemies rarely wait for you to make your move, so you need to be prepared at all times. The enemy AI won't pause for you to attack, and they can even interrupt you mid-swing. As a result blocking and parrying are key to success in Trek To Yomi.

Blocking enemy attacks use up your stamina, so, ideally, you want to pull off a parry first. Thankfully, they're not too difficult to execute. Simply hold the block button while an enemy is mid-way through their attack animation. The game isn't precise when it comes to judging your parrys; even if you're not that close to an opponent, the game will slide you into place for a parry. After successfully parrying the game will slow down slightly, witch-time style. At this point, most unarmoured enemies can be taken out with a simple combo. Hold up or down and double-tap the light attack button. This will execute a double slash that quickly kills most opponents, but won't be very effective against armoured foes.

Looking For The Shinies 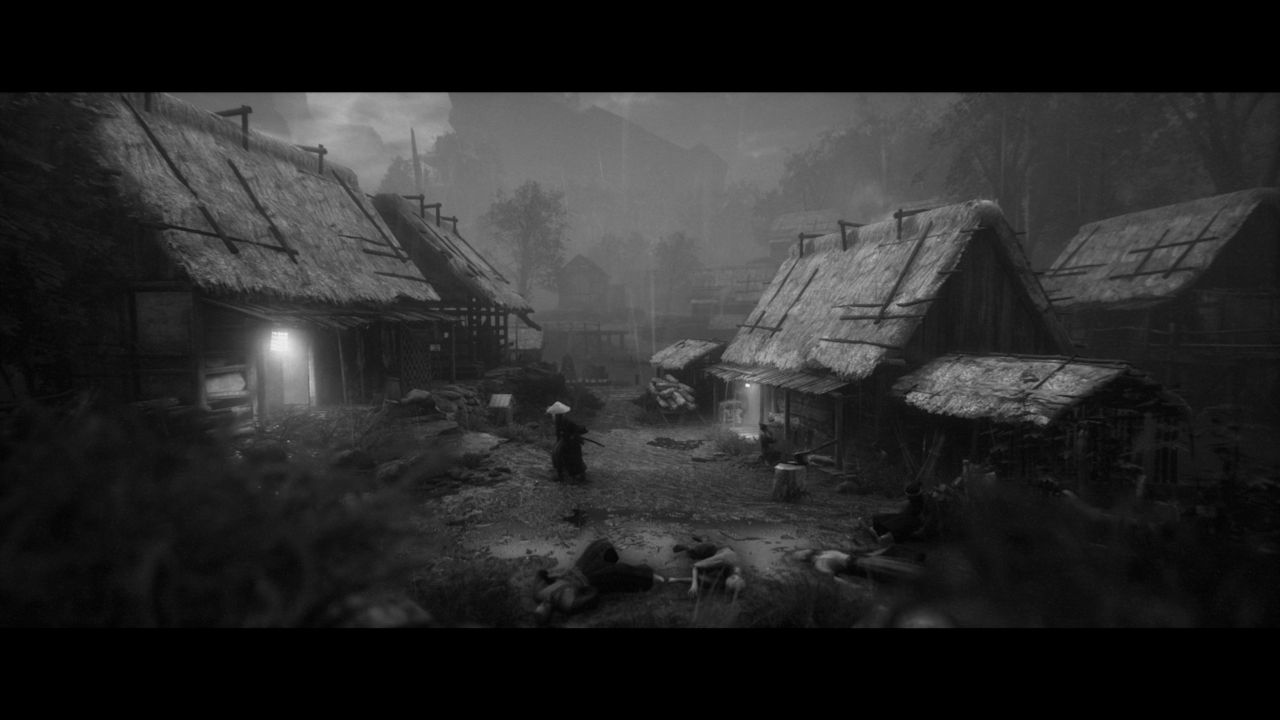 Trek To Yomi is stuffed with things to find, but luckily for you, most of them shine like pearls. Unluckily, most of the good stuff is hidden away in the corners of the game's levels. Trek To Yomi has a fixed camera angle, which means it's not difficult to find all the secret collectibles. Whenever the game lets you roam in all 8-directions, just run up to the corners of the camera. If you see any little footpaths, ladders, open doors in buildings, etc. try to run toward them. It'll either be the black and white camera playing tricks on you, or it'll be a hidden collectible, a health or stamina upgrade, or a cool new ability. Talking to NPCs can also grant you one of these unlockables. You can spot NPCs that want to talk when they have a couple of floating white dots above their heads. 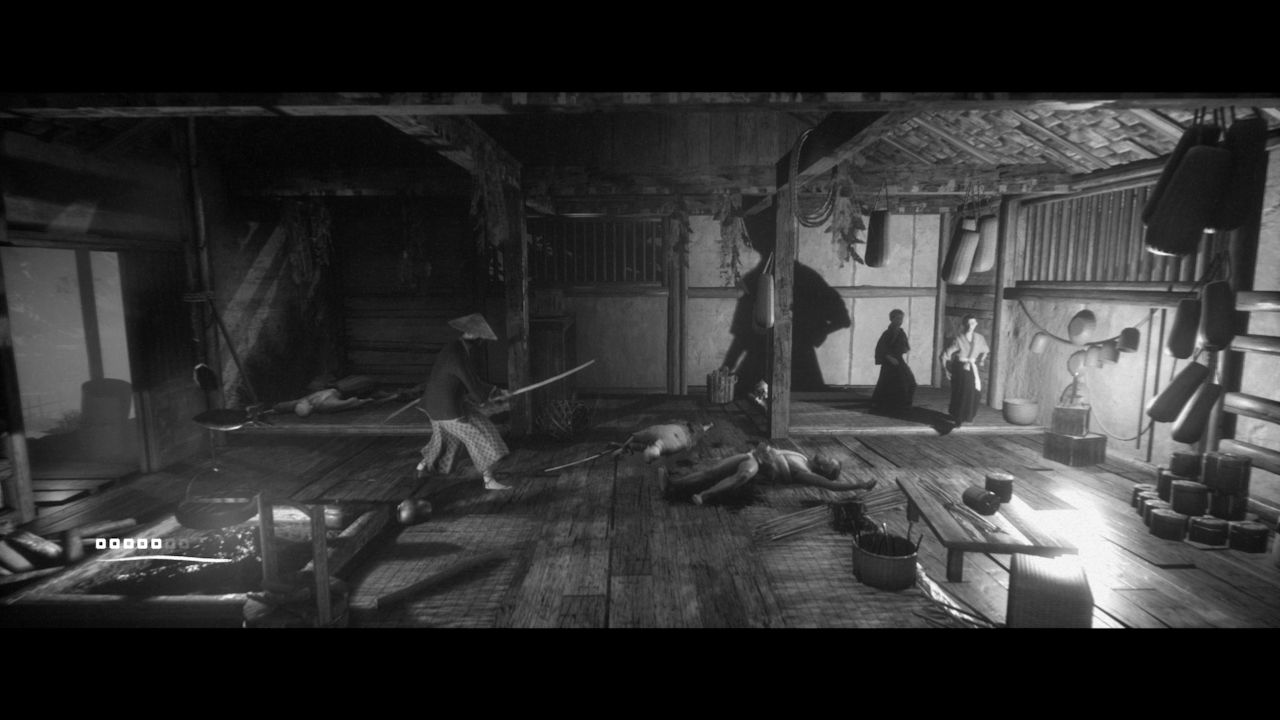 Since it's set in feudal Japan, Trek To Yomi features more than a handful of bandit raids and battle scenes. You can hear villagers crying in the distance, horses neighing in despair, and houses tumbling down on themselves. These scenes provide a good chance to demonstrate the kindness of strangers, because we're the good guys – but also because there's lots of rewards for doing so.

In these siege sections, look out for houses, barns, or buildings with their doors open and lights on. Upon entering, you'll have the chance to save civilians from the clutches of the enemy, or just to murder a bandit whose looking for some loot. In most cases, helping these strangers will reward you with new combat combos or upgrades to some of your existing moves. It feels good to be good!

Other Paths To Violence 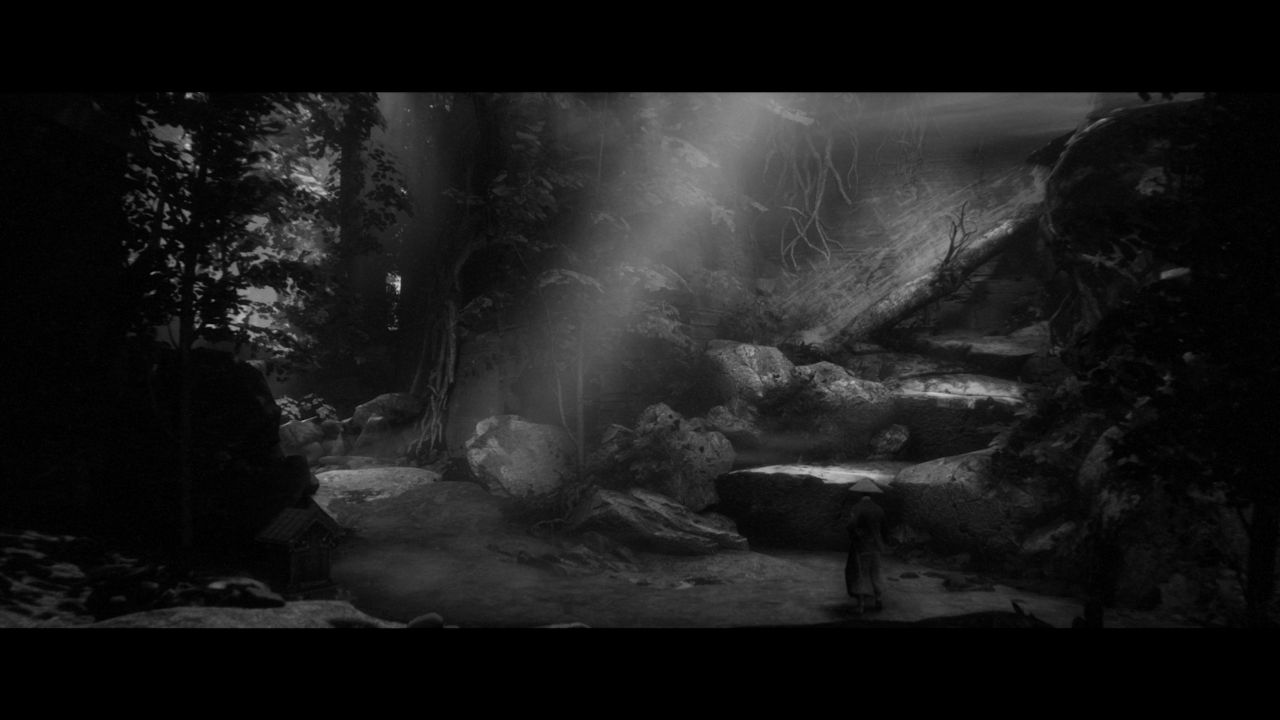 In more than a few instances in Trek To Yomi, you can avoid fighting altogether… by crushing your enemies with the terrain. In almost every chapter you'll be able to find alternative routes off of the main path that'll lead you to exciting opportunities. Most of these hidden paths will lead you to contraptions that allow you to drop something very, very heavy on top of your enemies, but they're mostly a way to mess with the terrain to kill enemy groups.

To find these hidden interactables, look for any footpaths leading away from the main path. If the main path is being signposted with torches or a bridge or a door with light spewing out, the alternative route may be a ladder in the corner of the camera, for example. Some of these paths will be harder to spot than others but they'll still have a couple of white dots hovering over them to signal that you can interact with them. There's even an Achievement/Trophy for killing ten enemies without the use of a weapon, so interacting with these terrain elements is pretty much the only way to do that. 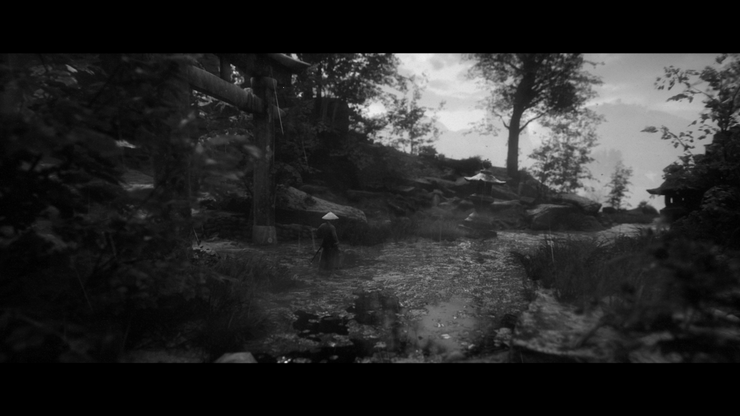 Another way to avoid close combat is to take advantage of the game's various ranged weapons. Bo Shurikens are the first ranged weapon you'll find early on, followed by a bow shortly after – there's also a cool third one I won't spoil here. Your ammunition is limited for all three ranged weapons so you won't be able to spam them in every encounter. But using these weapons is an excellent way to either whittle down an enemy's health or kill one or two foes before dealing with the rest. The bow in particular can one-shot most enemies.

While ammunition is finite, you'll be able to find more arrows or kunai across the levels and they appear pretty frequently. As a result, you don't need to be conservative about how often you use your ranged weapons. If there are more than a couple of enemies ahead, unload your quiver, there'll likely be more arrows right after. You'll also be able to find hidden upgrades to your ammo capacity throughout levels – signposted by the same shining as other collectibles.