Tribes of Midgard's newest saga boss for its second season is none other than Jormungandr, the World Serpent. You may recognize this giant snake from other games like God of War or Smite. In Tribes of Midgard, it serves as a nasty foe that is quite difficult to even find.

To encounter it, you must rebuild the Shipyard, construct a boat, light the three Beacons, find Jormungandr's lair, then enter. This can take a long time to do, and you also have to worry about protecting your base from Helthings and harvesting numerous resources. Tackling Jormungandr requires a good team and knowledge of how to get the job done. 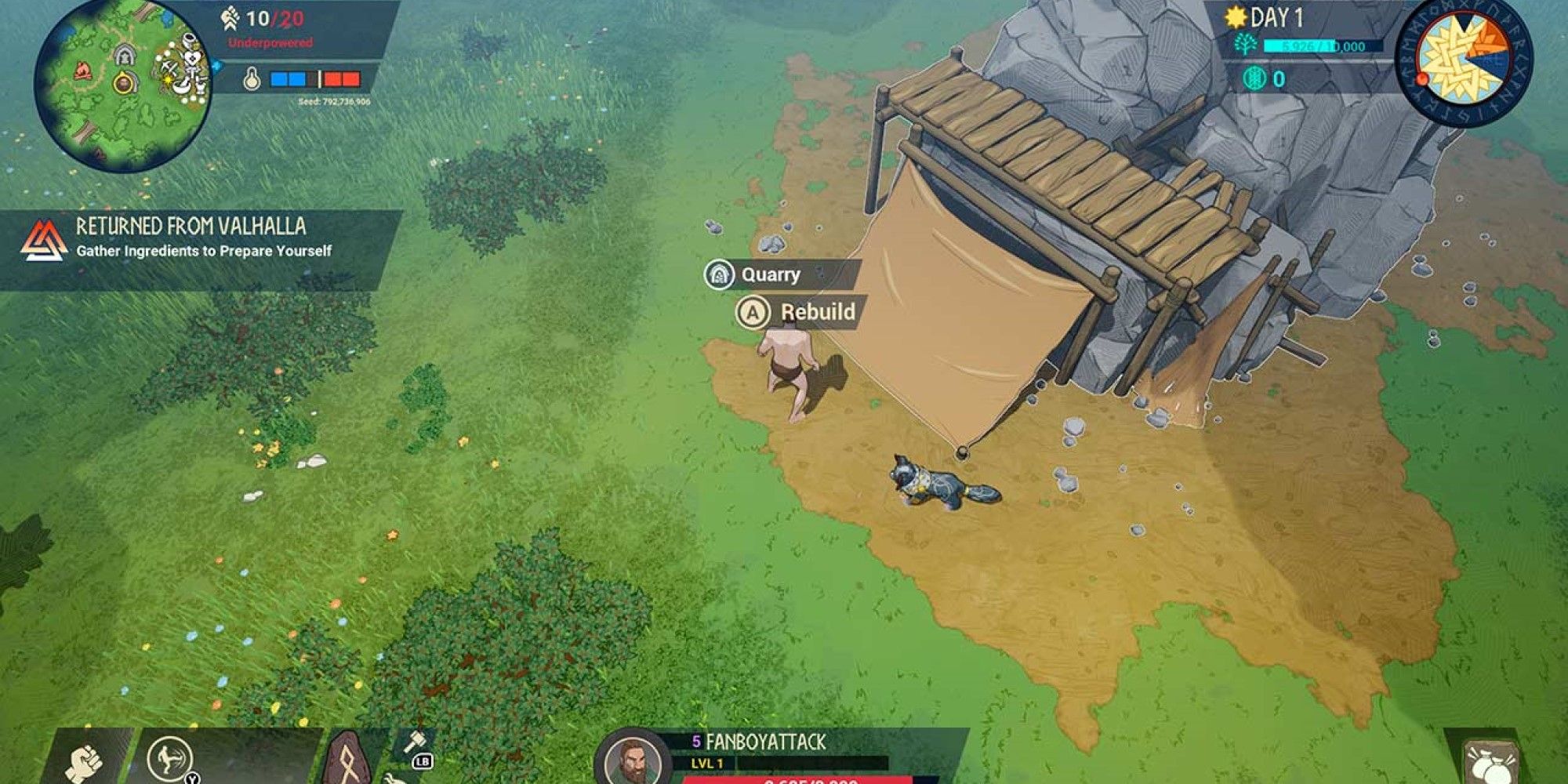 The Quarry is arguably one of the most useful buildings to restore in Tribes of Midgard. While it takes a lot of souls and materials at the beginning of a run, the returns are more than worth it. You'll get numerous stone, cut stone, iron, silver, and more delivered right to your War Chest. Because stone can take a while to find depending on your seed, getting a slew of it for free speeds up any run.

During your search for Jormungandr, you'll find it easy to construct more buildings and craft what you need to find the serpent's lair thanks to the Quarry.

9 Do Some Side Quests 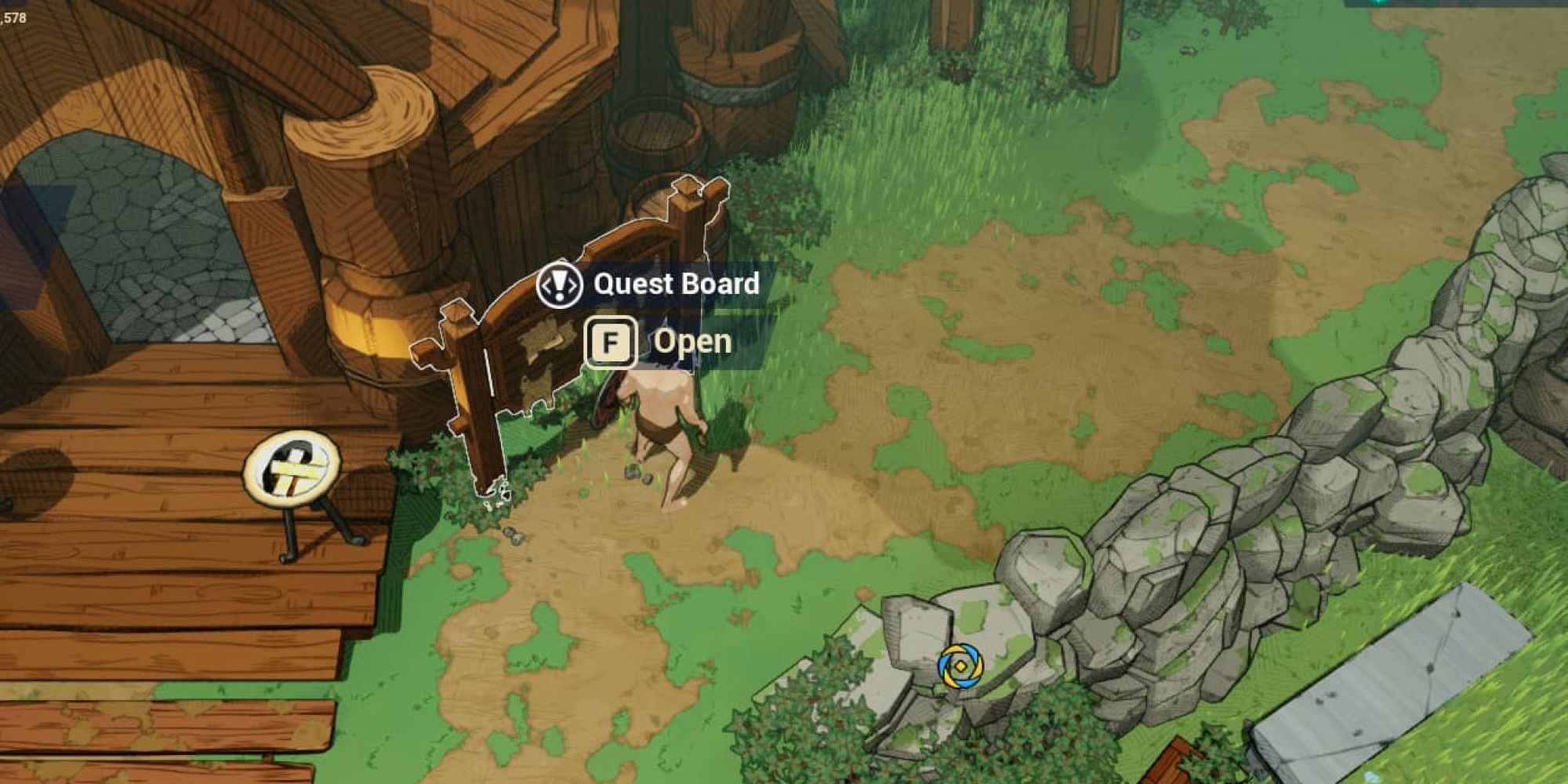 In your village, there is a healer on the north side. Just above and to the right of him is a quest board. On this board are some quests that range from easy to hard difficulty. Some require you to kill a certain amount of wolves or goblins while others can require you to take down elite creatures or find special resources.

Either way, completing these quests can often get you good equipment and a lot of souls earlier in the game. You don't want to constantly be exploring areas that you're not equipped for, and side quests can set you up with the right tools to get the job done. They typically load you with elemental weapons too, so you'll be able to do some extra damage to certain Jotuns as well. 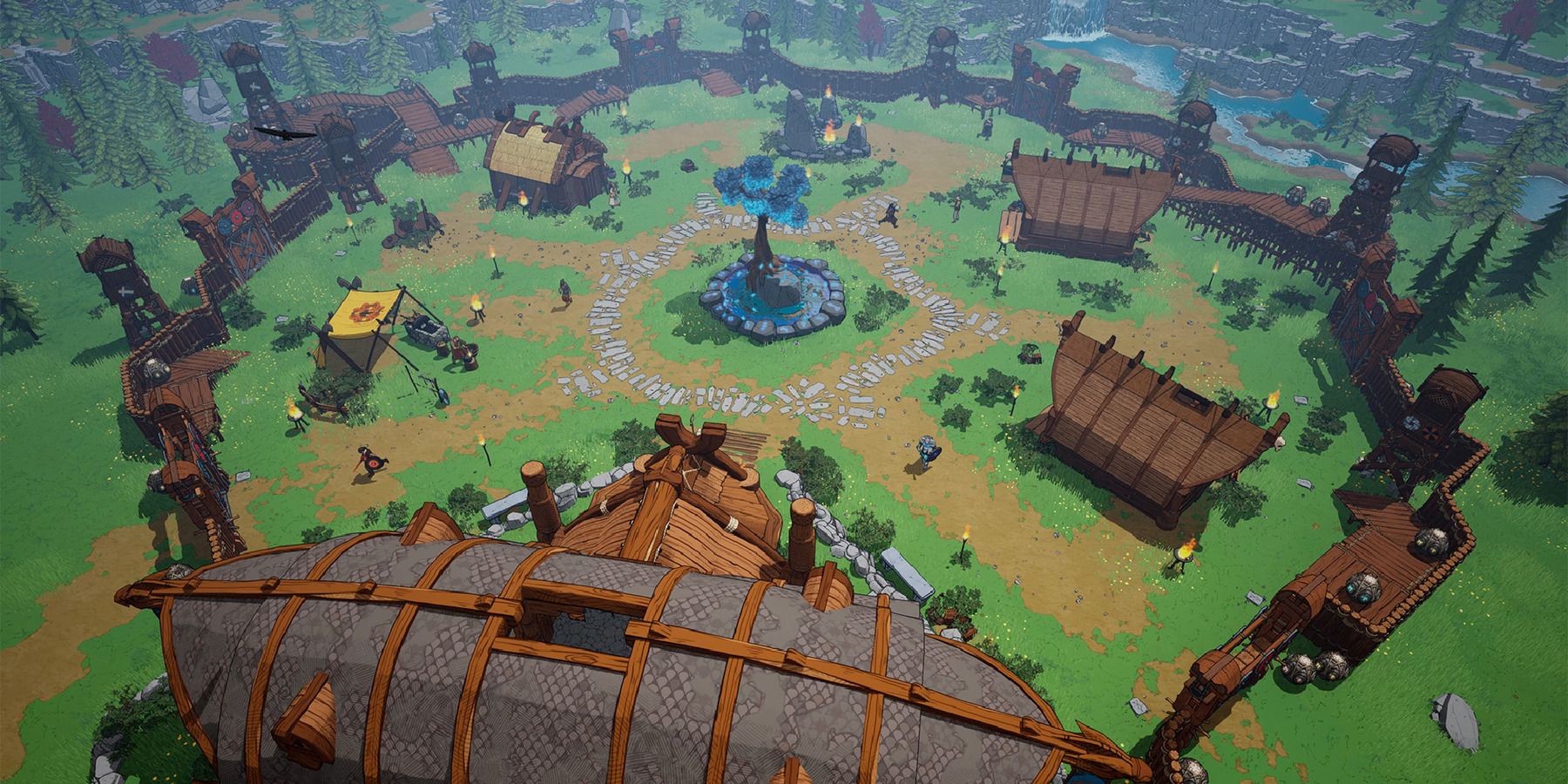 To beat Jormungandr, you and your friends will need to explore outside the village. However, this can leave your base unprotected, which is a death sentence, especially during a Blood Moon. This is why building the archer towers is a good investment for your souls and materials.

Archer towers are upgradable and do a good job of shooting down Helthings as they try banging on your gates. In the worst-case scenario, archer towers will at least give you extra time to get back to base and defend Yggdrasil from monsters.

7 Have One Player Become A Hunter 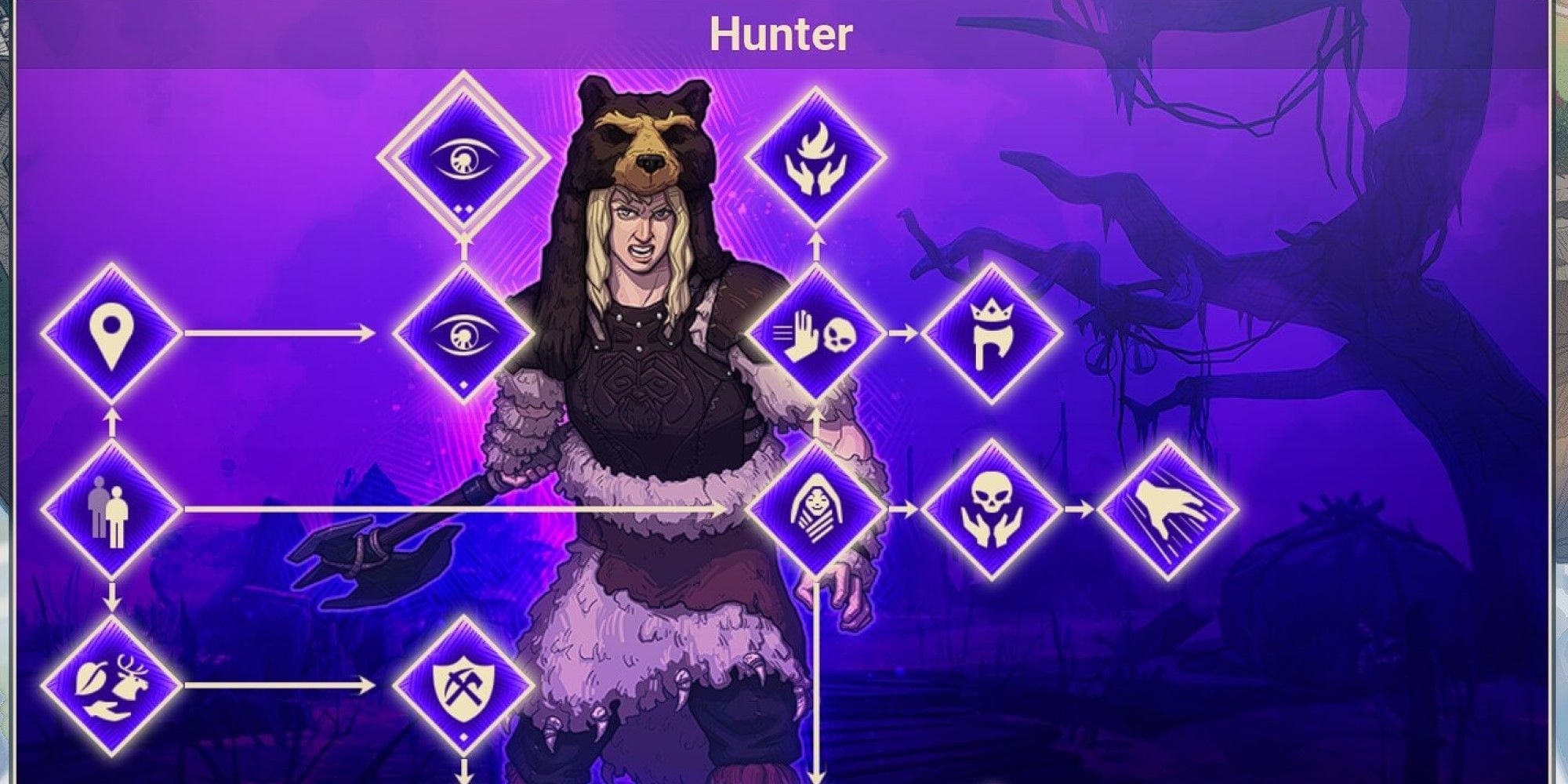 Tribes of Midgard has a class system – each player, after gaining one level, can pick a class that grants them specific buffs and abilities for the remainder of the run. One class you should ensure you have on your team is hunter.

Hunters are support characters when it comes to harvesting and exploration. They can vastly increase their map visibility as well as double the amount of resources they harvest. Because building the shipyard and a boat requires a lot of resources, a hunter is a must-have for any run where you're trying to face a saga boss. 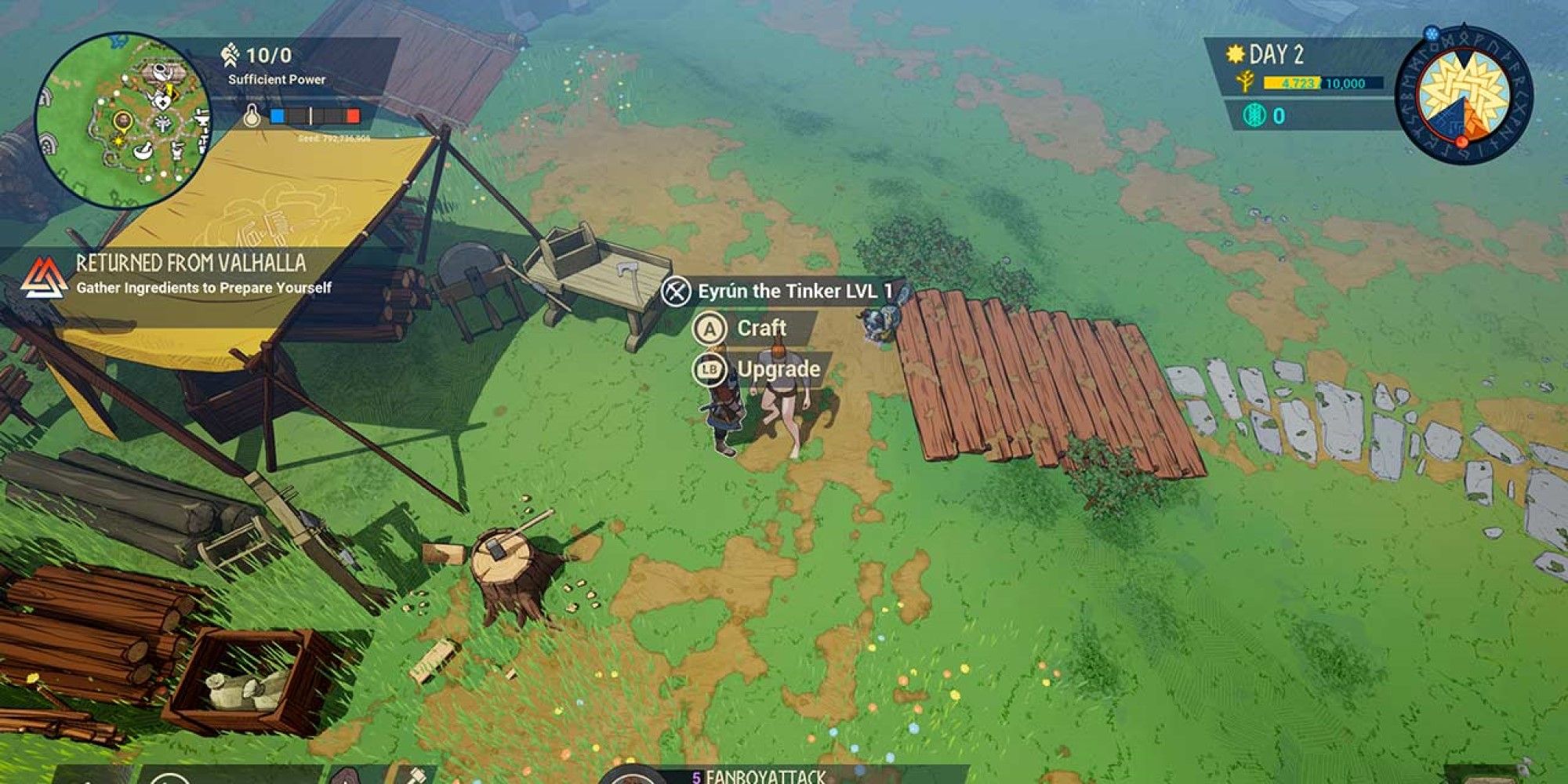 When it comes to upgrading your citizens in Tribes of Midgard, most people will go for the blacksmith or the armorer. However, you shouldn't ignore your tinkerer. Not only does this character give you better tools with each level, but at level 3, allows you to craft additional resources that are harder to find in the world. Cut stone, wrought iron, and iron are all crucial materials for finding Jormungandr, and having them easily accessible makes finding the beast significantly easier.

It's a good idea to upgrade the tinkerer early in the game so you can upgrade your harvesting tools and get more resources from the start. 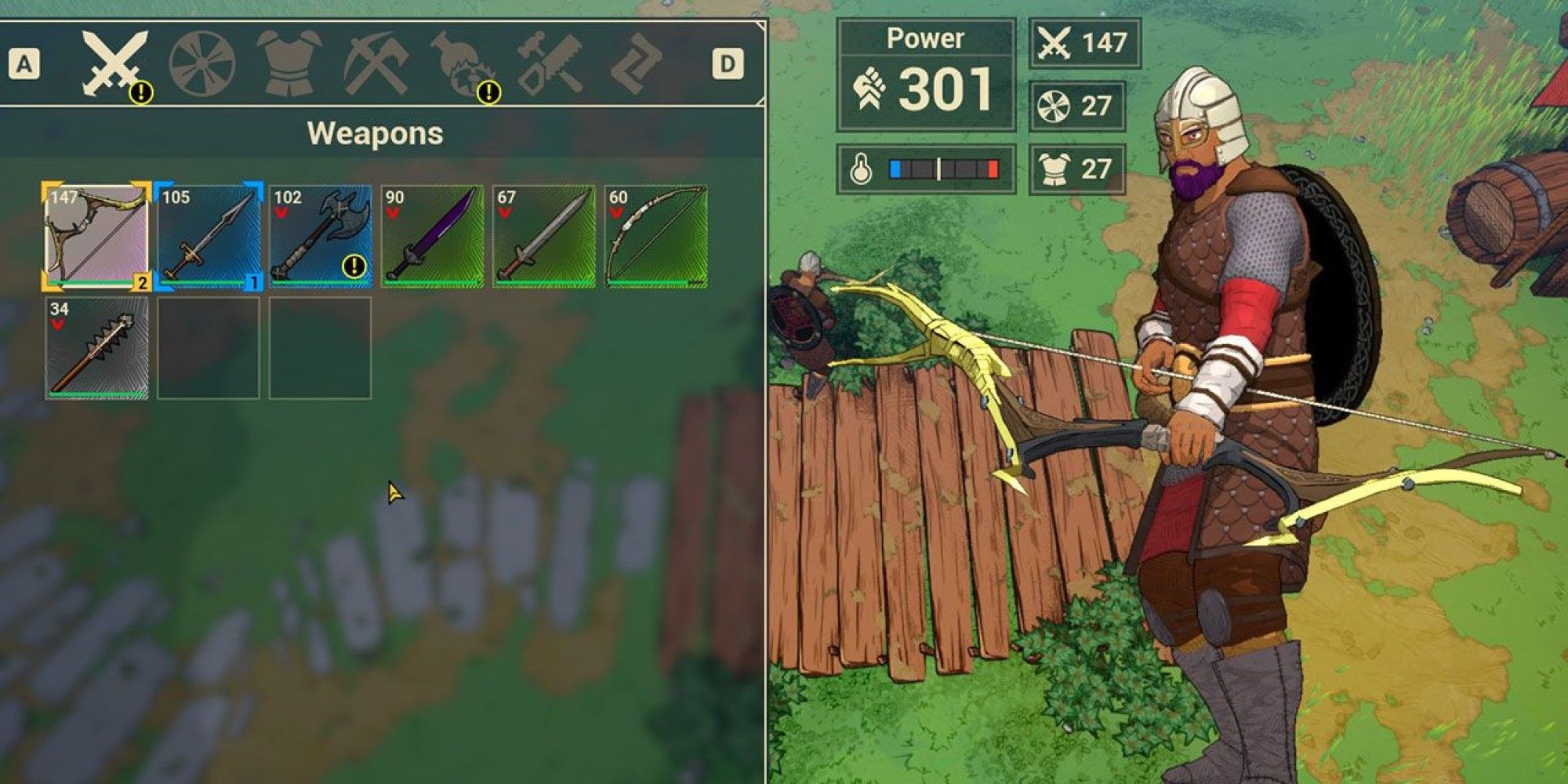 When it comes to fighting Jormungandr, swords and axes won't cut it. While melee builds are good when fighting Jotuns, the same can't be said for fighting the World Serpent. The snake sits in a pool of water in the middle of the arena. Melee weapons don't have enough reach to damage the serpent except for when it attacks with its tail.

Thankfully, bow users will have an easier time dealing damage to Jormungandr. Be sure that everyone has a good bow ready for the fight so that everyone can pelt it with arrows. 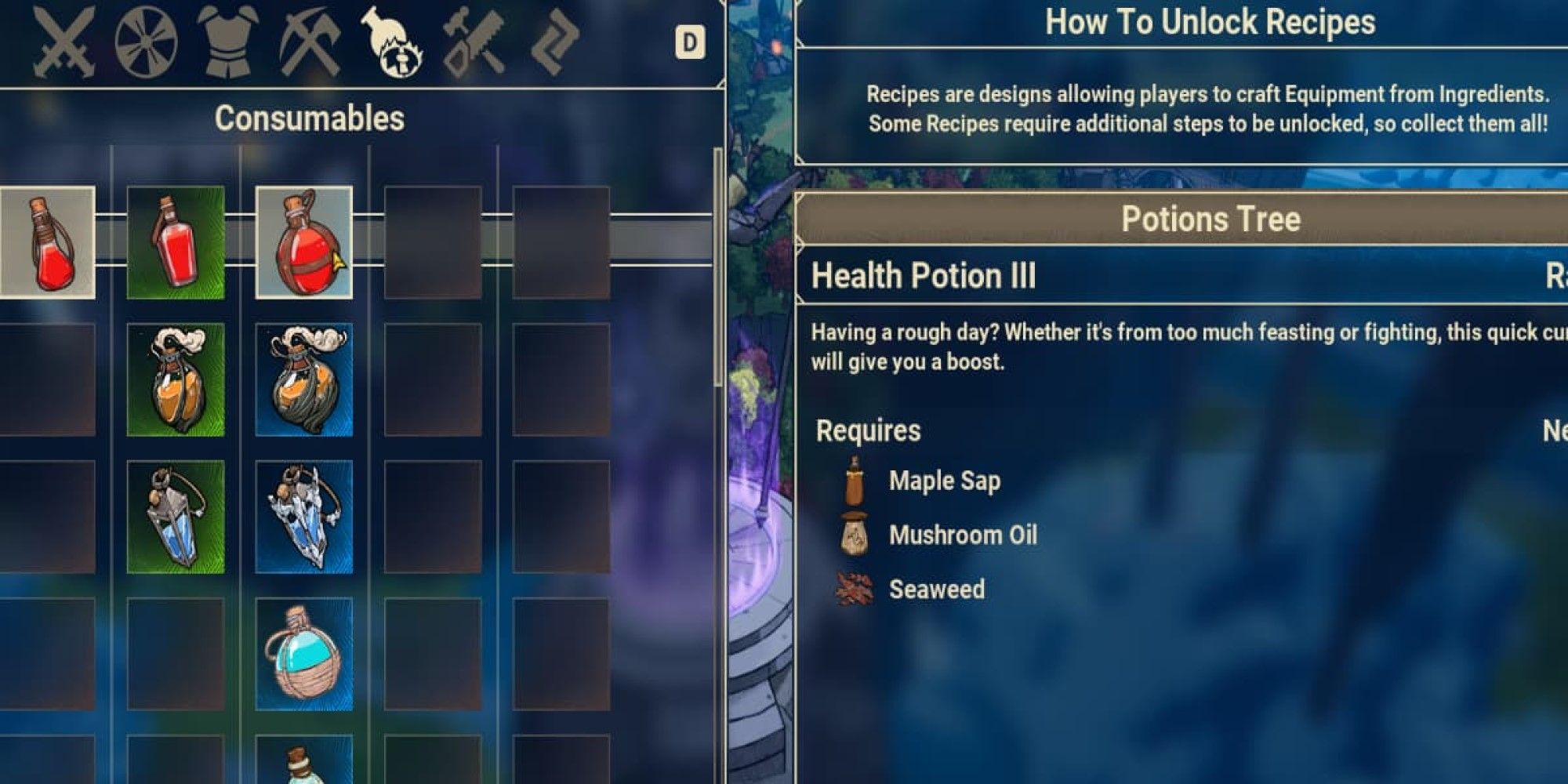 Easily the most annoying attack in Jormungandr's arsenal is the acid pools. It will shoot large pools of poison throughout the fight, giving massive area denial and dealing a lot of damage. If you walk through or get hit by the poison, you'll take additional damage over time.

This is why bringing immunity potions is a must for this battle. They will remove the poison effect from you, giving you the opportunity to regroup, heal, or even pick up your teammates.

3 Activate The Shrines On The Beacon Islands Before Exploring 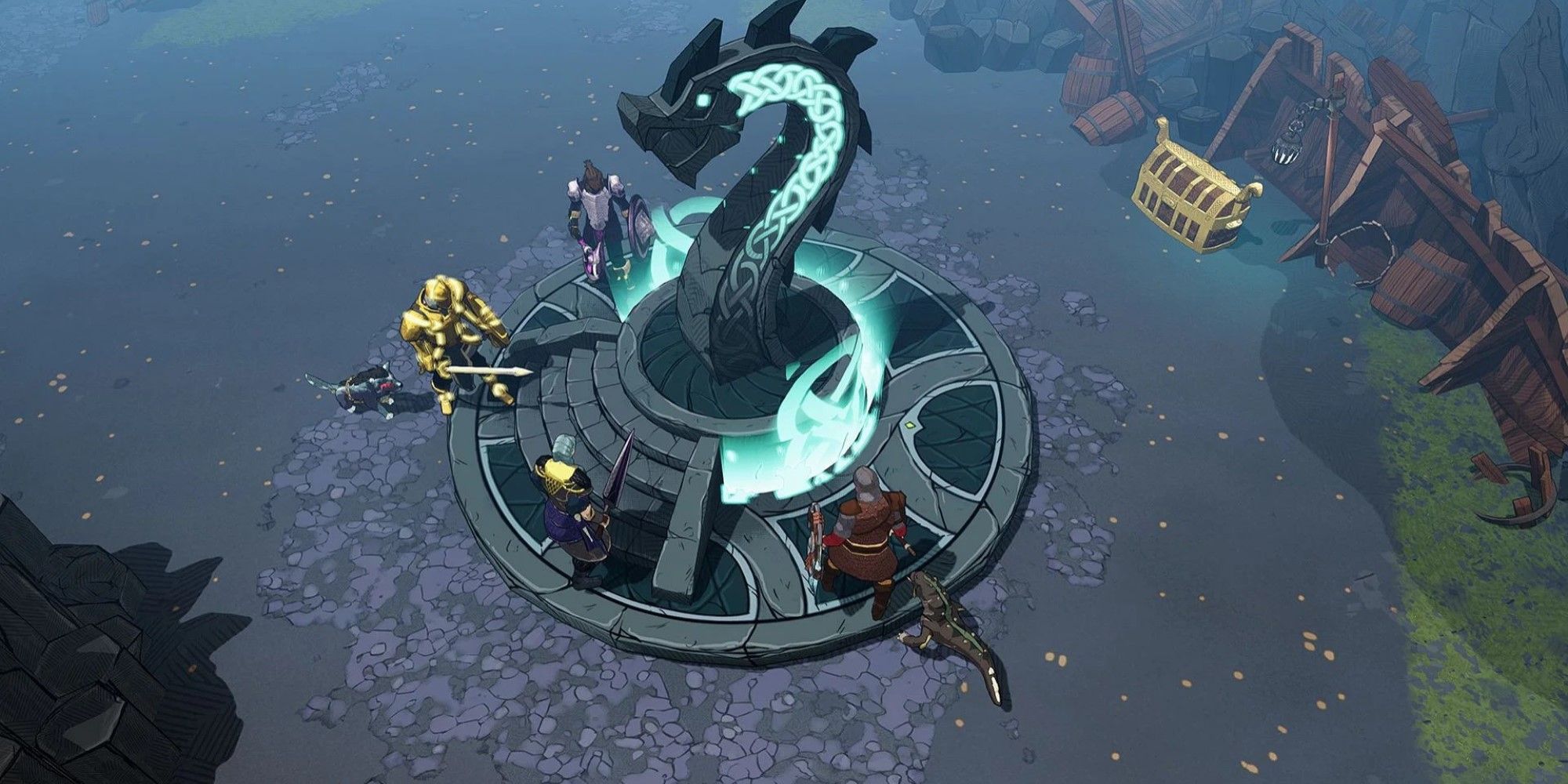 Each of the three beacons needed to find Jormungandr's lair lie on an island. You'll eventually get them marked on your map, so finding them is usually a breeze. However, once you craft a ship and travel to those islands, you'll find that a host of tough enemies are there to stop you from activating the beacons.

Going at it alone is almost certainly a death sentence. The good news is that each island contains a shrine. Activate it before going for the beacons so you can approach with a few of your friends. Those enemies won't give you much trouble after that. 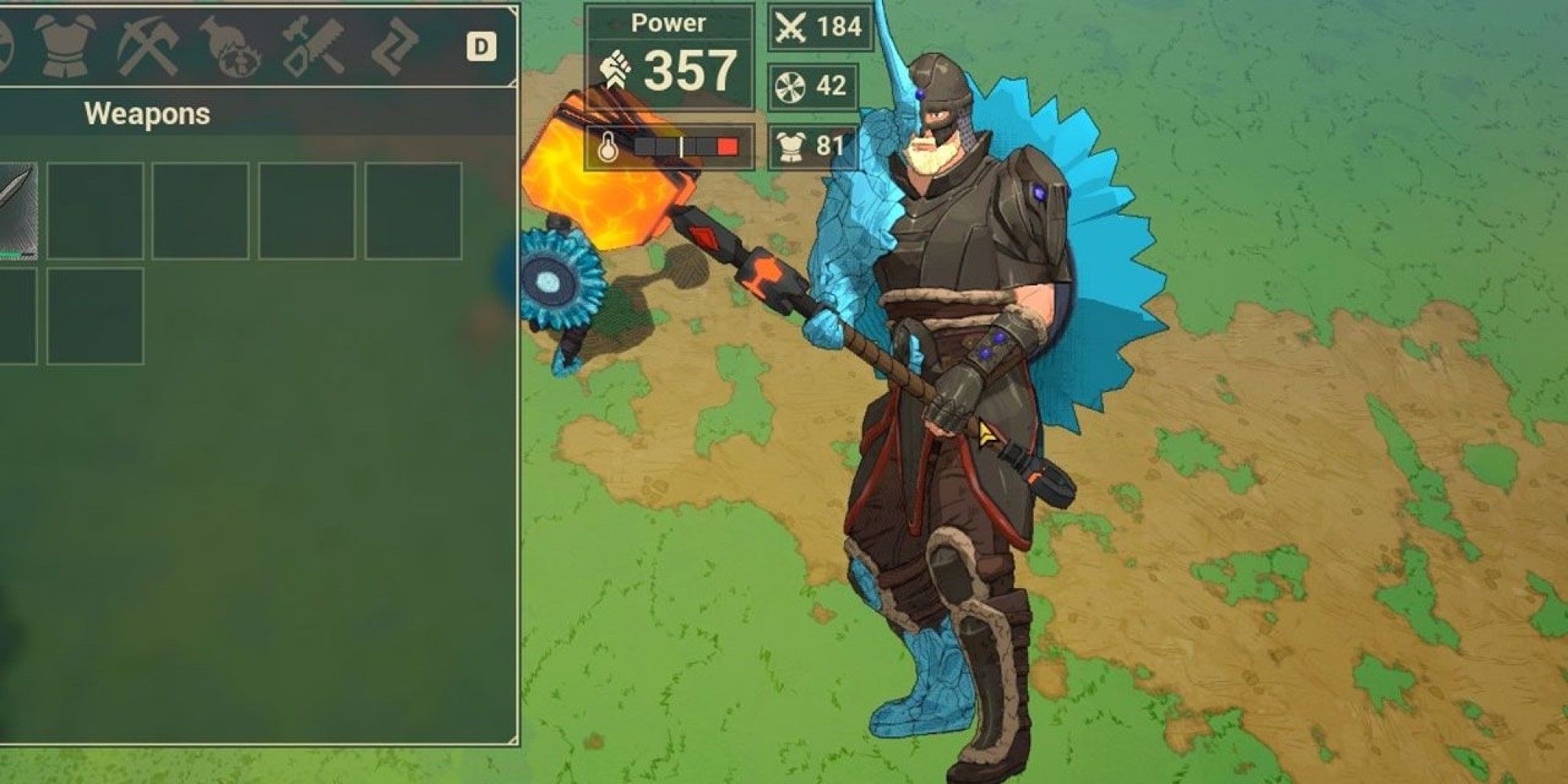 A good weapon can make all the difference in a run of Tribes of Midgard. They can turn the tide from being swarmed by enemies to you destroying anything that crosses your path. When tackling saga bosses, though, strong weapons are a necessity. Jormungandr has a lot of health and can take a long time to whittle down.

As such, the more damage you can do, the better. Purple and legendary weapons also give you extra abilities that allow you to do additional damage and heal your allies – both of which are very useful during the boss fight. 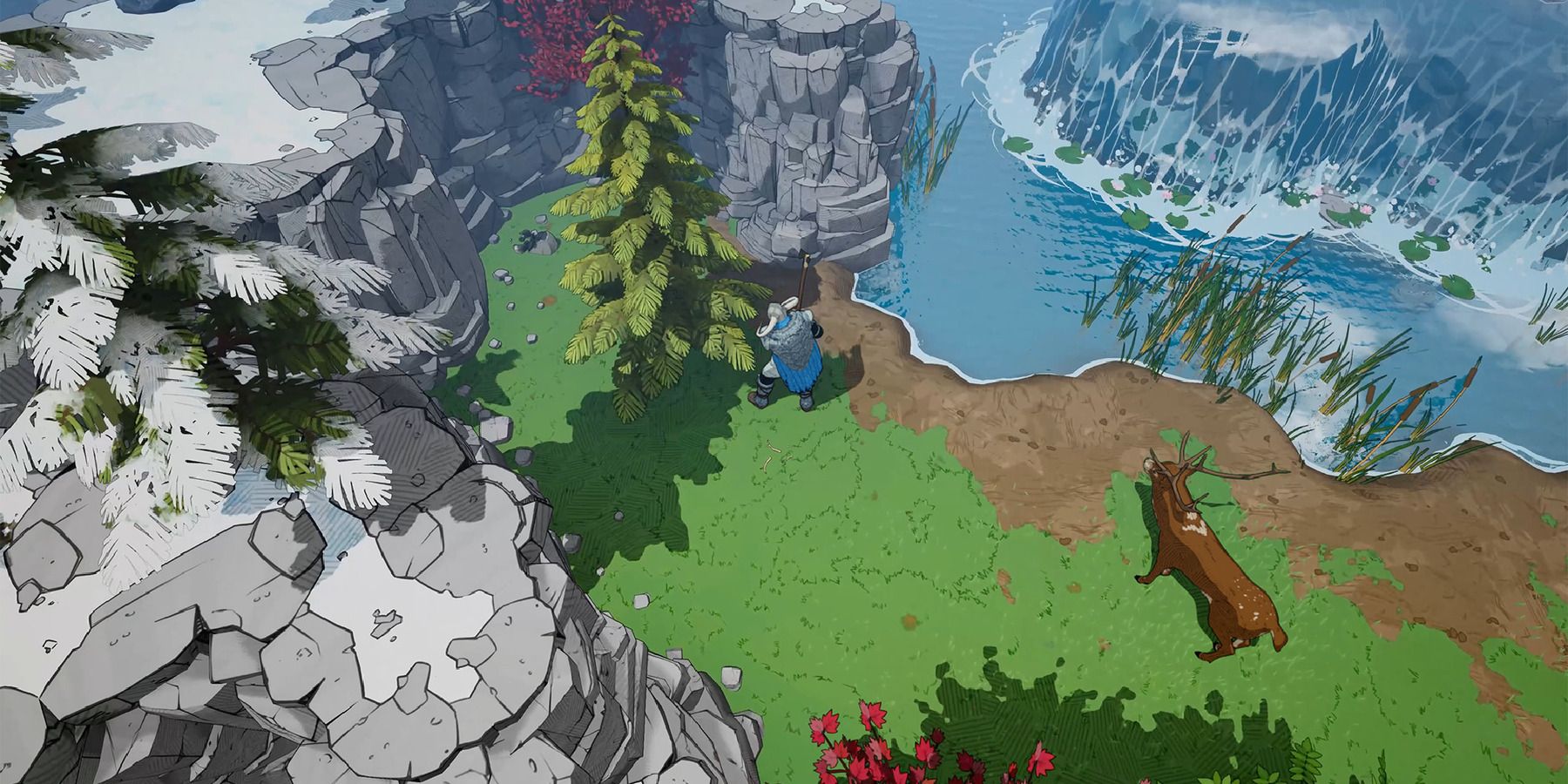 From the start of your run, you should be looking for branch piles and flint. Once you find two of each, go to the tinkerer and craft a flint pickaxe and lumberaxe. After that, begin deforesting the map and mining every stone and iron deposit you can find. The more resources you have, the better. Harvesting will also gain you souls, which are critical to getting the necessary equipment to challenge Jormungandr.

Ideally, you and your teammates will work together to do some intense harvesting as well as sharing upgrade resources in the War Chest.