FTL: Faster Than Light is one of our indie games of the decade. That hasn’t changed, but Trigon: Space Story might just supplant FTL for those who are looking for a little bit more.

Trigon: Space Story comes to use from Russian indie dev Sernur.tech, a collective of 11 gamers that looked at FTL and said to themselves, “We can do better.”

Rather than the story taking the frantic pace of fleeing from an enemy fleet while engaging in constant space battles. Trigon takes a more casual pace. There’s certainly space battles, but there’s also exploration, side quests, and multiple stories that either place you as a deadly pirate or an intergalactic do-gooder. 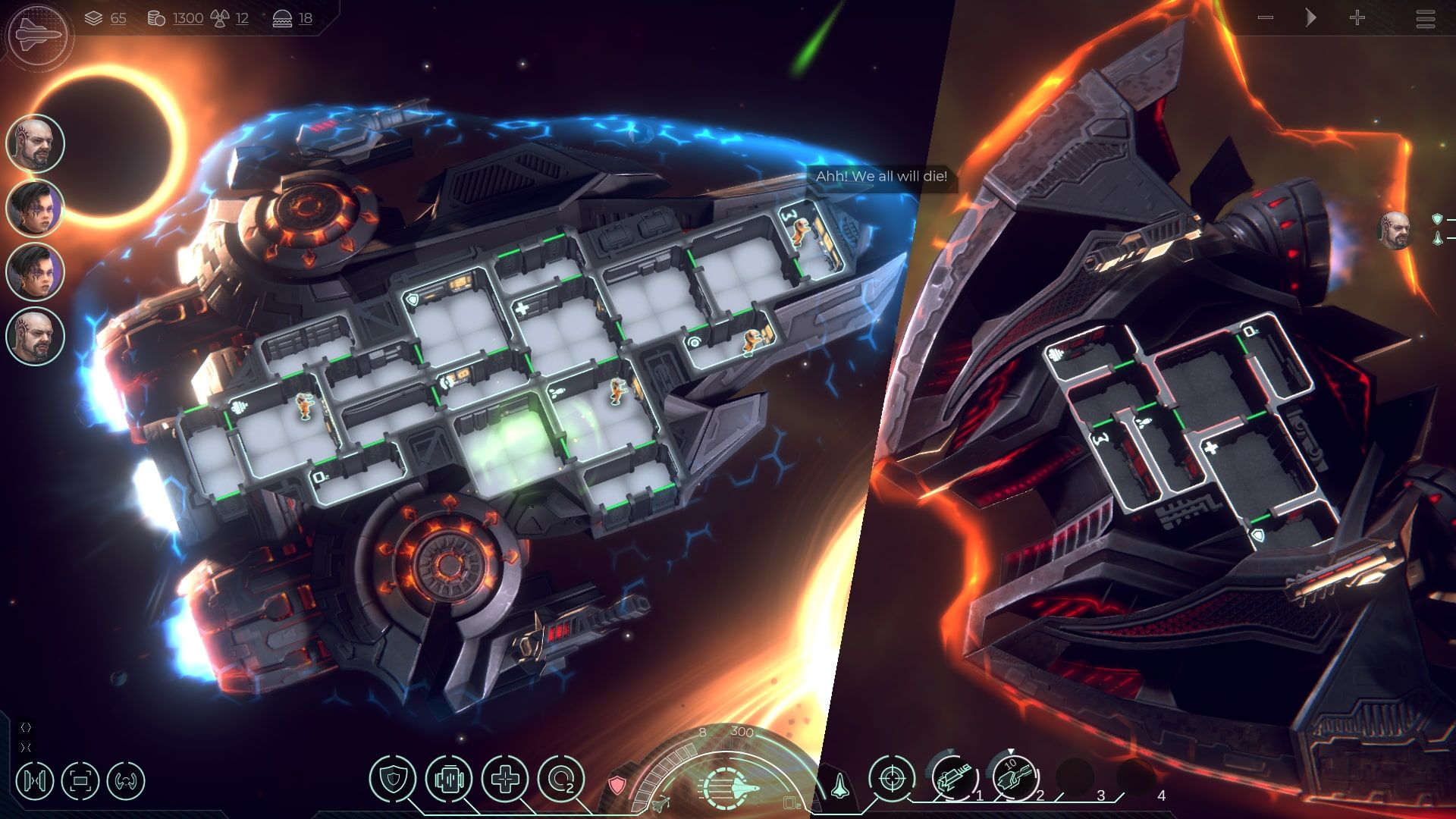 Just like in FTL, space battles are fought between two ships trading laser and photon torpedo blasts. You can target specific enemy subsystems to end fights quickly or you can send boarding parties to take over an opposing ship without damaging whatever cargo they might be carrying.

Even though Trigon just released into Steam Early Access, there’s plenty of content to get you started. There are 20 spaceships, 70 weapon systems, dozens of equipment modules, 45 passive crew perks, and over 20 captain abilities. So far, the game has just two main storylines you can travel down, but more are planned as the game continues in its early access period. There’s also multiple sidequests in this procedurally generated universe to keep you busy.

But what about the co-op? From the trailer, it looks like online co-op means that two ship captains team up to take on the galaxy. This likely means ship fights are significantly easier as there are two ships against one, but maybe Trigon balances enemies to consider the benefit of having a friend.

Trigon: Space Story is currently on Steam and plans to remain in early access for one or two years. During this time, they’ll expand the game with more ships, weapons, equipment, abilities, sidequests, and story campaigns, plus whatever else the fans ask for.

Related posts:
09/25/2020 News Comments Off on Trigon: Space Story Is Basically FTL With Co-Op
Hot News
Capacity raises $11 million to automate enterprise help desk tasks
Alphabet’s Loon claims stratospheric flight record of 312 days
List Of Legendaries In Crown Tundra — Every Legendary Pokemon In Sword & Shield
Destiny 2: Beyond Light Will Have Some EXTREMELY Bad Weather
LoL Rumor: Evil Geniuses To Appoint Peter Dun As Coach, Bang To Leave
Recent Posts
This website uses cookies to improve your user experience and to provide you with advertisements that are relevant to your interests. By continuing to browse the site you are agreeing to our use of cookies.Ok