Twitch users who have a Prime membership are granted access to a treasure trove of free games and loot — the rewards cycling on a monthly basis; Currently, it’s all about an exclusive new skin for the Apex Legends character “Revenant.” If you’re a fan, the window to grab the skin will close on March 19th.

It comes as no surprise that the “Gilded Rose” skin is featured at the top of the pack, considering that Revenant is the newest playable character in Apex Legends. He embodies the characteristics of a lethal assassin and features a highly offensive skillset. Strangely enough, however, he hasn’t taken the player-base by storm. In fact, Revenant wasn’t picked by a single player in the latest Twitch Rivals Apex Legends tournament.

There was plenty of hype surrounding the new legend leading into Season 4, “Assimilation,” but perhaps players have yet to find practical uses for his otherworldly abilities. The emphasis on the new skin may be an attempt to incentivize more interest in the legend.

Even if you aren’t a fan of Apex Legends, there are still plenty of other nifty bonuses to go around. In the realm of extra content for other games, there is exotic loot for Destiny 2, an operator skin Rainbow 6 Siege, and various PUBG cosmetics — just to name a few.

All of the loot that is available is a lot to keep track of, so check out the full list to see if anything in particular stands out. 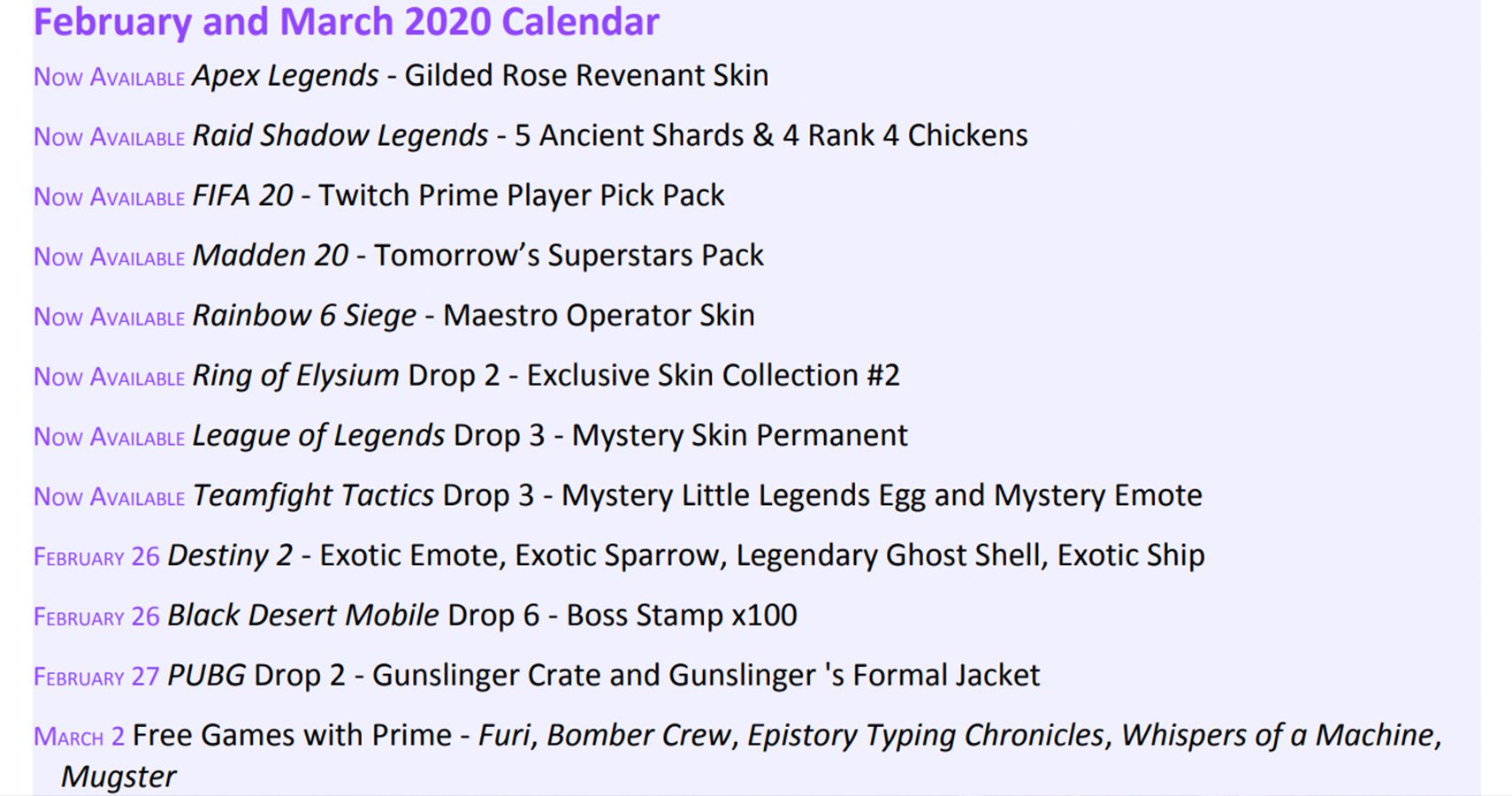 There is also a handful of free games that members have access to; As a quick overview, games available for download this month are Furi — a hack and slash/shoot ’em up with a pumping soundtrack, Bomber Crew — a cartoony strategic bomber sim, Epistory – Typing Chronicles — a creative, typing-based adventure set in a beautiful world, Whispers of a Machine — a stylized sci-fi noir, and Mugsters — a physics-based platform puzzler.

For those interested, Twitch Prime is acquired by simply linking an Amazon Prime account with a Twitch account. Amazon Prime is either $99 yearly or $12.99 month, so if you love random games and loot with your free Amazon shipping — check it out.