One of the first things you’ll find out about Uncharted’s protagonist, Nathan Drake, is that he’s a descendant of Sir Francis Drake, one of history’s greatest explorers, fuelling him to carry on his legacy. The history buffs out there will tell you that Francis Drake never had any children, something which Elena points out as soon as she hears it.

As Nate replies, “History can be wrong, you know.” As the series progresses, Nate’s connection to Francis Drake is brought up several times, and his most defining character trait is brought into question – is Nathan Drake really related to Sir Francis Drake?

History Can Be Wrong 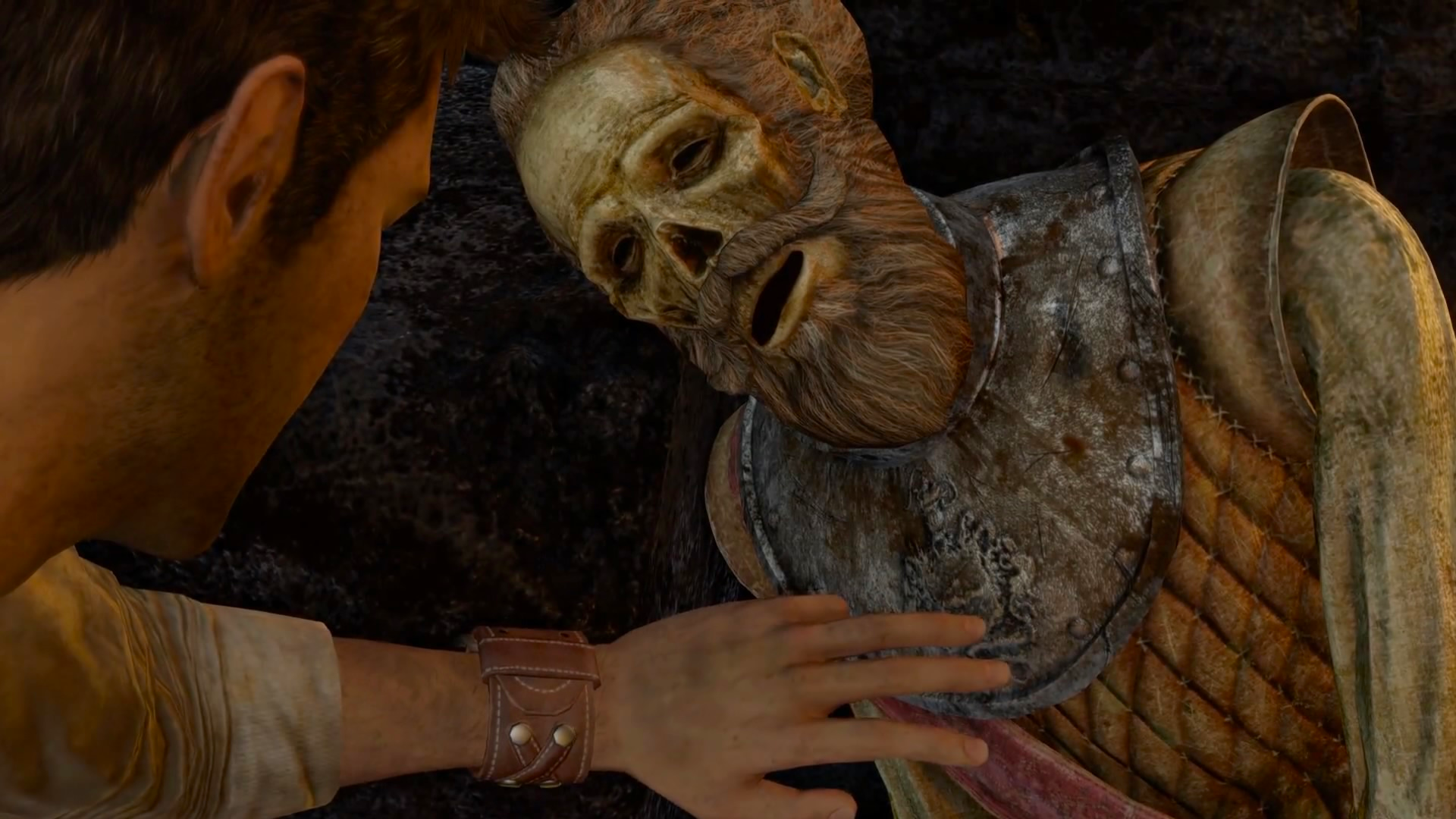 As mentioned above, the first Uncharted brushes the question off as history being wrong and Nathan being an unrecorded ancestor. Nate has quite the connection with Francis Drake through the game, quoting him whenever he can, being in possession of his ring, and having an emotional moment when he runs into his decaying corpse.

However, late into the tale, Nate decides to call off the adventure when things get too hot, causing him to shrug off his supposed ancestry. Elena eventually brings him back by giving him his ring and the adventure ends with the case closed.

That's Not Your Real Name, Is It? 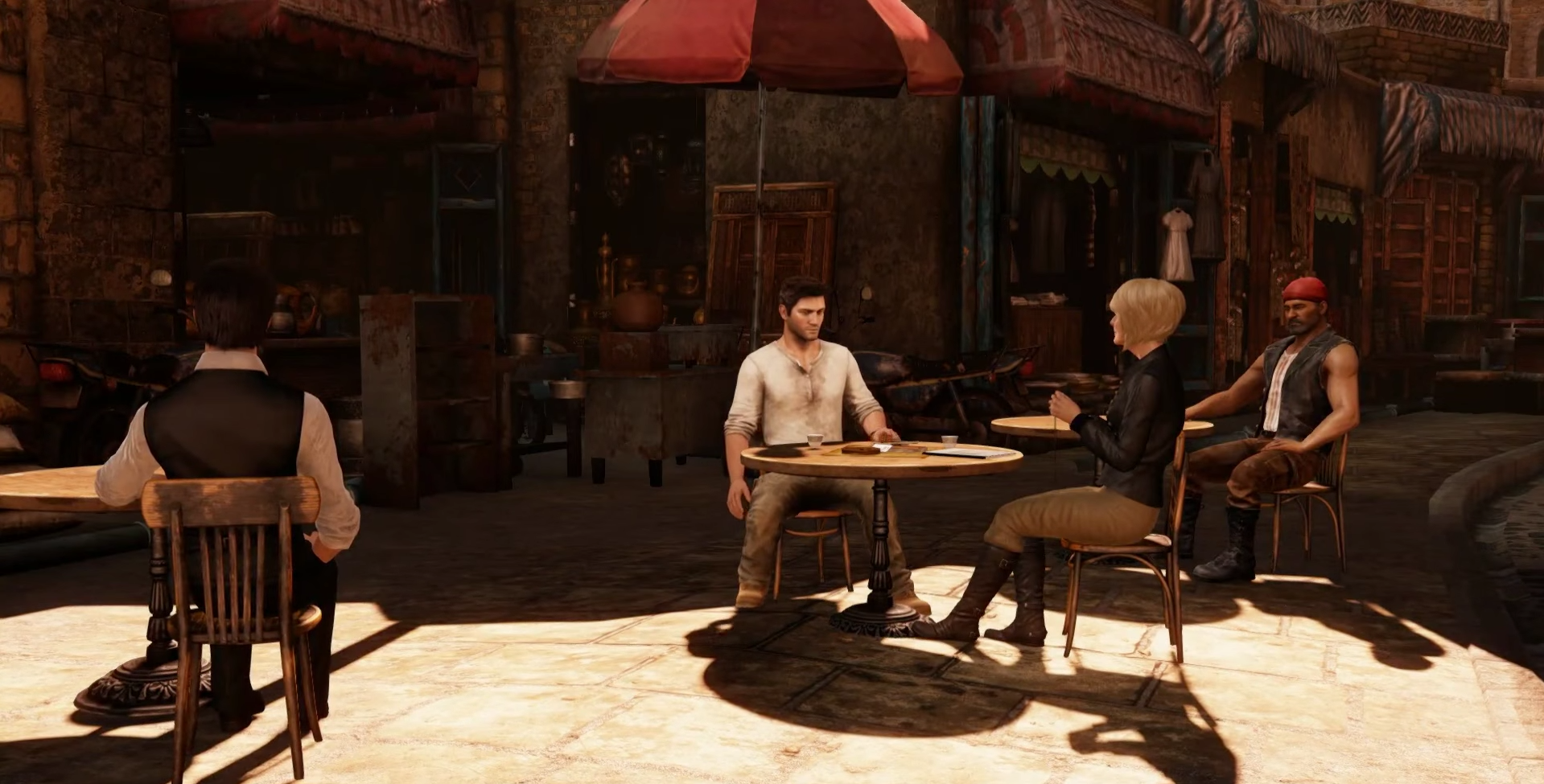 Uncharted 2 doesn’t make any big mention of Sir Francis Drake, or Nathan’s connection to him, but it’s given a lot of importance in Uncharted 3. Here it’s revealed that Nate stole Sir Francis Drake’s ring from a museum in Colombia, where he runs into Sully for the first time. This brings Nate’s claims of being related to Francis Drake into question, although even as a child he claims that it belongs in his family.

The first real evidence to suggest that Nate isn’t a Drake happens when Marlowe captures him in the streets of Yemen. Marlowe has a file on Nate and tells him, “I suspect I know you better than anyone Mr Drake. Of course, that’s not your real name, is it?”

This heavily implies that Nate isn’t actually related to Sir Francis Drake and simply took on his name in the orphanage, although the exact reasons remain unknown at the time. When Marlowe drowns in quicksand at the end of the game, she holds onto Sir Francis Drake's ring and tries to tempt Drake into saving her to get it back, but he lets it sink into the sand, implying that he has given up on his obsession. Uncharted 4: A Thieves End is where all is revealed, finally telling us whether Nate is an ancestor of Sir Francis Drake.

Alongside the revelation that Nate has a brother, Sam, it’s revealed that their last name is Morgan and that their mother was an archaeologist and history buff. After going to find her possessions, they run into a friend of their mother who says that they both had a theory that Sir Francis Drake had heirs. Soon after, the old lady has a heart attack and dies, causing the two boys to run away from the police. They decide to flee the orphanage and take up the mantle Drake to honour their mother and start their life of adventure.

This confirms that neither Sam nor Nate were related to Sir Francis Drake and instead took the name to escape from their old life at the orphanage and pay tribute to their mother at the same time. Although Nate isn't related to Francis Drake, he and Sam take his legacy as theirs because of their mother's connection to his work, making it arguably even more important to them both.

Uncharted fans have taken this as confirmation that Sam and Nate aren't related to Sir Francis Drake, but it doesn't necessarily prove that Drake never had any ancestors. The idea that "history can be wrong" is one that permeates throughout Uncharted, after all.

Related posts:
01/26/2022 News Comments Off on Uncharted: Is Nathan Drake Related To Sir Francis Drake?
Hot News
It’s Time For Oblivion’s Shivering Isles To Make A Comeback
MultiVersus Dataminers Have Gained Access To A New Original Character
Why 5G and the edge could be the keys to the metaverse
lisinopril 5mg half life
Would Better Call Saul Be Even Better If It Wasn’t A Prequel?
Recent Posts