After spending almost a year in early access, Epic Games has just officially launched Unreal Engine 5, the latest iteration of one of the most widely-used game engines in existence. First announced way back in 2020 with the incredible demo, Lumen and the Land of Nanites, Unreal Engine 5 promises to be a quantum leap forward in game technology.

In Lumen and the Land of Nanites, we got to see Unreal Engine 5's dynamic lighting technology in action, while Nanite showcased textures and objects that were as true to life as the real thing. Over the past two years, Epic has also unveiled additional technologies that will let developers create realistic, animated human characters in a fraction of the time it would take previously.

During early access, game developers got their hands on Unreal Engine 5 and have been showcasing their skills while learning the new engine at the same time. And just a few months ago, gamers got their first look at an Unreal Engine 5 game in The Matrix Awakens, a tech demo that gives us just a hint of things to come. 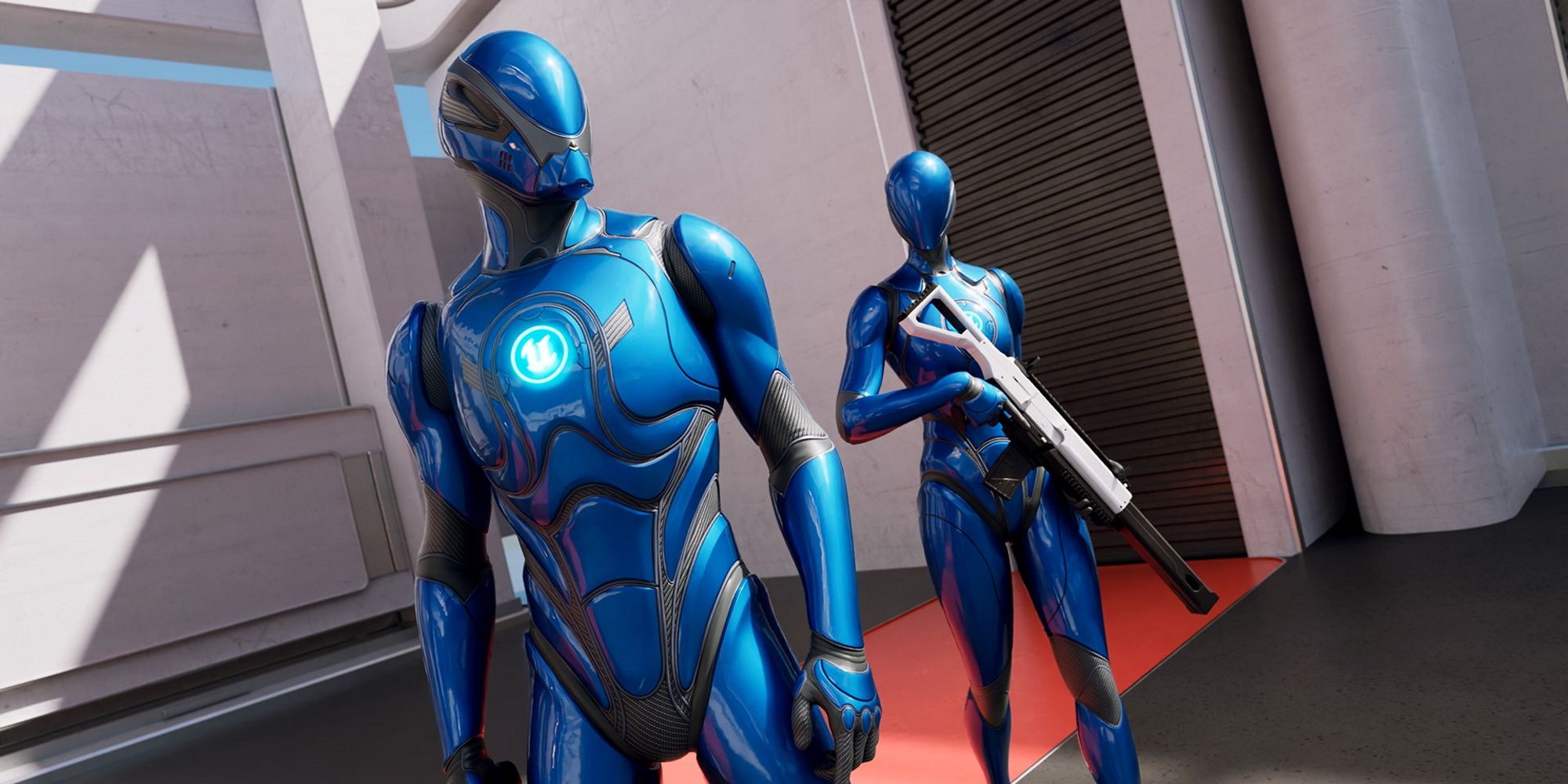 Alongside Unreal Engine 5, Epic is also providing us with a free "starter game" called Lyra. Lyra replaces Unreal Engine 4's ShooterGame with an upgraded set of tools that can serve as "an excellent starting point for game developers to create new projects, as well as a hands-on learning resource."

Lyra comes with two game modes: Expanse (team deathmatch) and Convolution (control point). Players control either Manny or Quinn, the two models available in Lyra, which are both armed with either a pistol or assault rifle. There's only one level, which is a sort of high-tech office building full of hamster tubes.

It's not really intended as a full game, but you can play it if you sign up on Epic's site here.

As for full games, there are plenty of studios working on new games that will be powered by Unreal Engine 5, and just today Crystal Dynamics announced the next Tomb Raider will also join them.