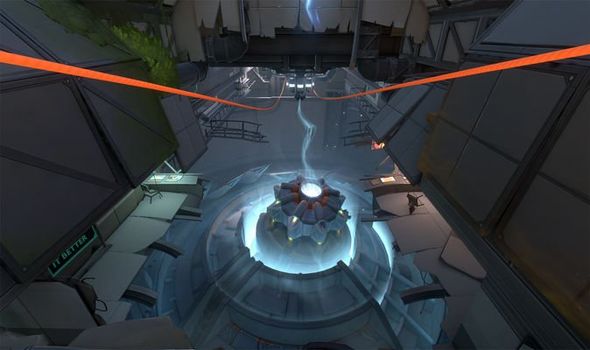 And while we haven’t heard much about a new Agent making their debut, we do know that a new map and Battle Pass are being released.

That doesn’t mean that the long-rumoured Deadeye won’t be coming to the game later this month, but for now, all we know for sure is that Riot Games will be launching Valorant Episode 3 Act 2 very soon.

Like in the past, the Act 2 Battle Pass for September will cost 1,000 VP and includes Weapon Skins, Gun Buddies, Cards, Sprays, and Titles.

And as confirmed earlier today by the Valorant, a new map is also going to be making its debut this month.

Fracture will be available to play as part of Valorant update 3.05, meaning it should make its debut alongside the new Act 2 Battle Pass, unless there is another patch between version 3.04 and version 3.05.

Riot Games has confirmed that Fracture is marked by its H-shape layout with a visual split down the middle that reveals contrasting sides. Long ziplines also connect routes underneath. Like previous maps, keep an eye out for heavy tie-ins to Valorant lore, including first-time interactive narrative objects.

WHEN IS VALORANT EPISODE 3 ACT 2 COMING OUT?

Riot Games has confirmed that Valorant Episode 3 Act 2 has a release date set for Wednesday, September 8, in the United States.

Maintenance is expected for the release of the new update, meaning the game will likely be offline for several hours.

It should be noted that most major patches are released as part of a global rollout, and there’s a good chance North America will be one of the first places to get the patch.

This is so the Valorant team has plenty of time to tackle issues that might arise from an update, and could mean that the European servers lag behind by a day, so Valorant Episode 3 could start a day later on September 9.

Riot Games are expected to share an update on what is being planned this week in the coming hours.

Commenting on the challenges of creating a new Battle Pass, Preeti Khanolkar, Senior Producer revealed this week: “We’re trying to create more “series” content so that players who enjoy collecting items can add to their collections.

“Some examples of these are the Map Schema, Weapon Manufacturer Schema, and Versus cards. The newest addition we’re excited about are the Unstoppable card series, the first of which features Reyna in her ult form draining the souls of enemies she’s killed.

“These cards should portray our agents in their most powerful state, their power fantasy. This idea may feel familiar to players who were around during Closed Beta, when we featured a few similar cards for Phoenix, Viper, etc.

“We get a lot of messages from players asking us to bring back those Beta cards. While those cards won’t be coming back in the same form, the Unstoppable series is our way of paying homage to those old cards. So, yes, we’ll eventually do an Unstoppable Viper and Phoenix card.”