Critical Role recently released another update video on the progress of their upcoming animated series, much to the delight of us Critters worldwide. The Legend of the World of The Legend of Vox Machina shines the spotlight on some of the work and workers at Titmouse animation production studio, and features a look at a couple of specific well-known locations from Vox Machina’s campaign.

First off, probably the most pressing question we have regarding the animated series is when will we see it? Sadly, that question isn’t answered in this update video, at least not directly. According to (Titmouse) Art Director Arthur Loftis, they are “getting into the nitty-gritty of it,” and Critical Role CEO Travis Willingham adds there are “many, many more months of production” to go. In a year when we for damn sure need something hopeful to look forward to, this works.

Loftis and their co-worker, The Legend of Vox Machina series Supervising Director Sung Jin Ahn, are the two Titmouse studio reps who present much of the info here. After the Critical Role cast heaps a mountain of positive cred and praise on Titmouse for their work, Loftis and Ahn walk us through a little bit of the process required to make an animated series. They take turns explaining the multi-stage process the animation team has and is working through, including taking the idea from its initial concepts on paper, to storyboard visualization, to background design, and then to background painting.

All the work done through the process is bringing in the locations we Critters are familiar with, and for which the cast are just as excited to see being created as we are. Emon and Whitestone are shown in their unfinished yet still amazing forms, along with the Sun Tree and Gilmore’s Glorious Goods shop. The Alabaster Sierras where Whitestone is located even get a moment, with Loftis explaining how their artistic influence came from our real-world Sierra Nevada mountain range in Yosemite National Park.

While the work shown indeed looks exceptional, it’s hearing the Critical Role cast members talk about their reactions to what they have seen which really sells the feeling that it’s going to be a marvelous piece of work. Ashley Johnson probably sums up best what our reactions will be when she relates how she went to her car to sit and cry after seeing the work being done on the show. Liam O’Brien says that it has “constantly defied our expectations,” and Sam Riegel adds in his infectious excitement when relating how Loftis took Matthew Mercer’s 2D drawings and turned them into a gorgeous 3D world. 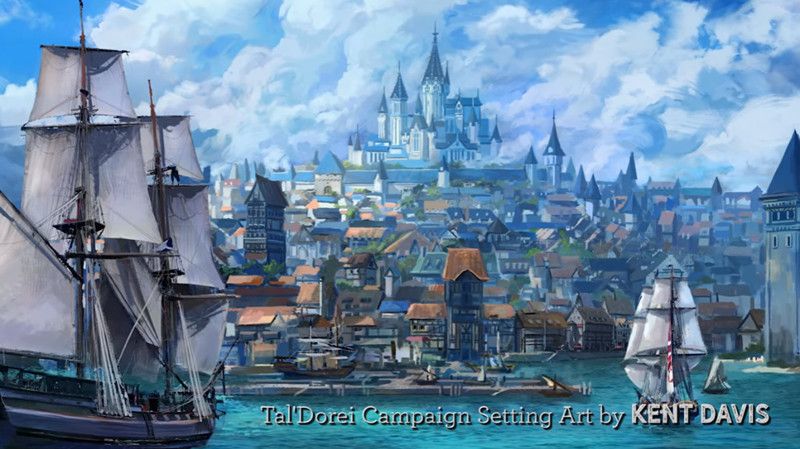 But if there’s one quote here which passionately speaks to the hope that The Legend of Vox Machina animated series will be what we want and expect it to be, it’s stated by Mercer himself: “I have never felt more confident in letting other people handle a vision of mine, than already seeing what they’re doing.”

Related posts:
08/29/2020 News Comments Off on Watch: Behind The Scenes Of The Legend Of Vox Machina Animated Series
Hot News
New PS5 Images Show Size, How Stand Will Attach
Godfall Has Officially Gone Gold On PlayStation 5
We Live Here: Behind The Scenes Of The VR Short
On The Level: Titanfall 2’s Effect And Cause Is A Mind-Bending Masterclass In Game Design
On The Level: A Reflection Of Fate/Grand Order’s Toughest Chapter
Recent Posts
This website uses cookies to improve your user experience and to provide you with advertisements that are relevant to your interests. By continuing to browse the site you are agreeing to our use of cookies.Ok