Steam’s usual peaks and valleys of concurrent players evened out thanks to COVID-19 lockdowns in 2020.

We’ve seen quite a bit of change in 2020 thanks to COVID-19. Conventions, release dates, and game development has all been affected thanks to everyone staying indoors and working from home. And this new normal has even caused some big changes over on everyone’s favorite PC platform, Steam.

As noted by Twitter user Pavel Djundik, the usual pattern of peaks and valleys as Steam users login to play games on the weekends has disappeared in 2020. When global lockdowns became more widespread starting in March and April of this year, everyone that could do so moved to work from home full-time. This meant home PCs were suddenly converted into work computers, and this also meant that Steam would login every day instead of just on the weekends.

In fact, so many people were logging in all the time that Steam hit an all-time peak user count of 24,535,923 concurrent users on April 4.

However, the usual pattern of peaks and valleys returns when you check out the line that indicates the number of players who are actually in-game. Just because people are logged into Steam doesn’t mean they’re actually playing games, and the red line shows that people still do most of their gaming on the weekend when they actually have free time. 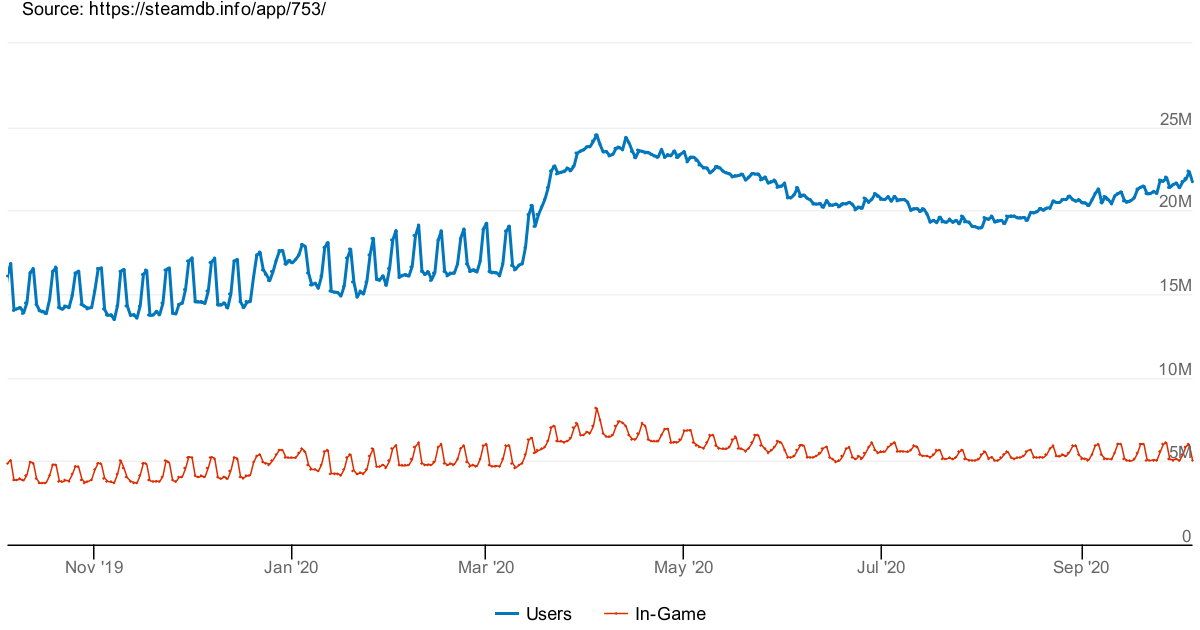 We can also see signs that even the concurrent user count is going back to normal. September and October seem to have the beginnings of a jagged pattern indicating that some people are actually going back to work and are unable to login to Steam until the weekend. The difference in each peak and valley isn’t nearly as pronounced as in January, but it’s there nonetheless.

Here’s hoping we get a vaccine and at least some of what was lost can come back in 2021.

Related posts:
10/07/2020 News Comments Off on Weekend Player Peaks Vanished On Steam During Lockdown
Hot News
Motional partners with Via to launch a robo-taxi service in the U.S.
DreamHack Open to Host Tournaments in November and December, Each With $100K Prize Pool
Digital Catapult’s Augmentor Programme Reveals 10 new XR Startups
PS5 DualSense Haptics Tech Bodes Well for Future PSVR Controllers
CoD Cold War- Offizieller Launch-Trailer veröffentlicht! | esports.com
Recent Posts
This website uses cookies to improve your user experience and to provide you with advertisements that are relevant to your interests. By continuing to browse the site you are agreeing to our use of cookies.Ok