Testing plays a vital role in the software development lifecycle; it ensures that the product is ready for the market, meeting all the expected requirements. But, have you ever heard what is selenium automation testing, and what are some particular tools used?

If not, then this article will give you a brief on its components, and some of the best automation testing tools.

In general, software testing is carried out in two different manners – manual and automated. Earlier, organizations used to rely on manual methods for software testing, but with the latest improvements in the software industry, businesses have moved to automation testing, and they need efficient testing tools for that. This is where Selenium plays a vital role.

It is an open-source automated testing tool that allows testers to automate their tests on web browsers. Generally, it is referred to as a Selenium Suite, as it consists of four different testing tools, which include:

Note: It can only be used to automate tests of web applications; it doesn’t allow testing desktop or mobile applications. If you’re a beginner to automation testing, then Selenium IDE is the best option to begin with, as it is the simplest and easiest framework of the suite. It functions as a Firefox plug-in, which can be used to record and playback frequent test cases over the Mozilla Firefox browser. Although it can only be used to write simple test cases, for advanced test cases, you will have to move to Selenium WebDriver or RC.

Before RC, the first tool in the suite was Selenium Core, which was designed for cross-domain testing, but it hit a roadblock due to the same-origin policy. The SOP does not allow JavaScript code to access web elements that are hosted on a different domain.

RC was designed to overcome the same-origin policy issue by involving a proxy HTTP server that tricks the browser to believe that both the selenium core and web server belong to the same domain. Selenium RC is compatible across all the major web browsers and supports multiple programming languages, such as C, Java, Perl, PHP, Python, and Ruby. 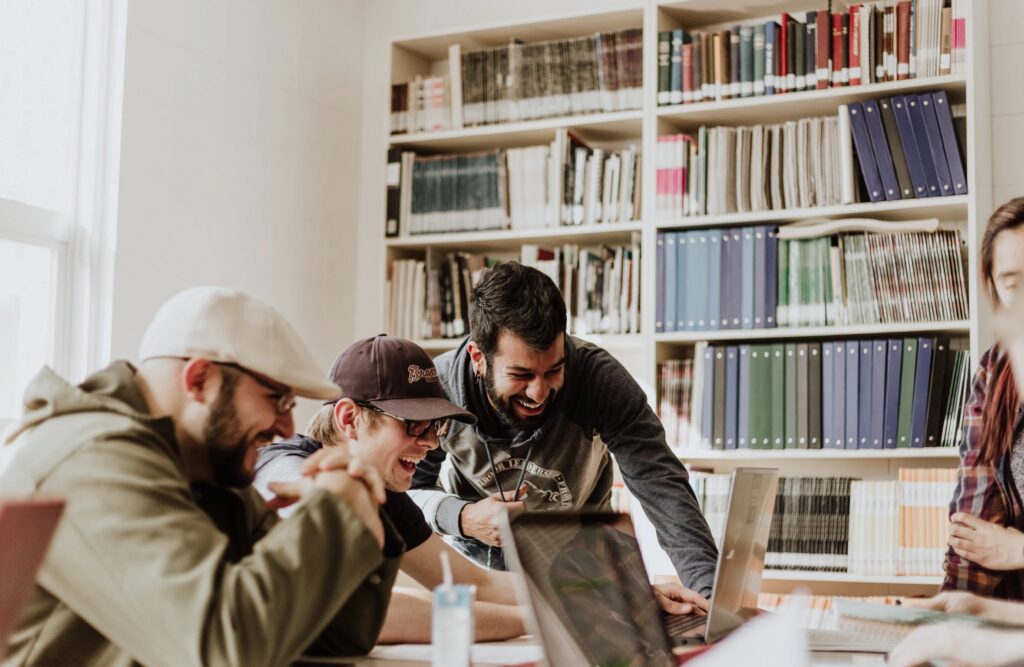 Created by Simon Stewart, was designed as an upgraded version of RC and IDE. For instance, it was the first tool that could control the browser from the OS level. Besides, it also offers a programming interface for testers to create and execute test cases.

WebDriver supports multiple programming languages, including Java, C#, PHP, Ruby, Python, Perl, and .Net. It even provides a specific driver for each browser, such as Gecko Driver for Firefox, Chrome Drive, Safari Driver, and HTML Unit Driver. However, the only drawback of WebDriver is that it cannot generate detailed test reports.

The last and most comprehensive tool of Selenium Suite, which is used in combination with RC to run parallel tests on various machines and browsers at one time. In other words, testers can execute multiple test scripts at the same time with the selenium grid. It uses a Hub-node design to support the parallel execution of test cases.

Nowadays, the selenium grid is widely used in combination with RC and WebDriver to minimize the execution time of test cases. But, maintaining with multiple browsers and operating systems is still a challenge for testing teams. That’s why they took help from automation testing tools that can be integrated. Depending on the tool you choose, the process for automation testing follows a varied approach. However, the most common practice for automating a functional test is as follows:

However, it is necessary to know what processes can be automated with the different tools of selenium suite.

The advantages are limitless!  It is helpful for both the QA team as well as developers. Apart from having multiple advantages, Selenium also has some limitations for automation testing, such as:

Selenium is ideally used for cross-browser testing of web applications, as it supports multiple browsers and operating systems. However, most businesses are not capable of using their maximum potential due to the varied functionality of its components. That’s why they look for an automated testing platform that is integrated with selenium tools so that they can fulfill all their testing needs in one place.

There are many automation testing tools available in the market that can be used for automation testing of your web apps, mobile apps, and desktop applications. Some of these tools are integrated with Selenium, while others have their own environment. LambdaTest has established itself as one of the best online automation testing tools for web and desktop applications. It is integrated with a selenium grid that allows you to perform both manual and automated cross-browser testing across a combination of 2000+ desktop and mobile browsers, operating systems, and devices.

It offers a variety of features for QA’s convenience, such as record and playback of test scripts, screenshot capturing and video recording, real-time testing of web applications, parallel execution test cases, one-click bug logging, and an extension for Chrome browser and WordPress.

Besides, it has recently launched a developer-oriented tool – LT Browser, which can be used to test the mobile responsiveness of your web application across 25+ devices.

QMetry has gained an advantageous position in the market as an automation testing tool, which is built on the open-source Selenium and Eclipse IDE framework. It offers an advanced automation strategy for manual testers to help them transit from manual approaches to automation with Scriptless methods.

QMetry provides additional support for Extended WebDriver and Extended Web Element, which can be used for reporting, application-specific custom components, and lazy-loaded web elements. Moreover, it enables testers to perform parallel testing across multiple platforms with or without Selenium. QMetry is fully customizable and configurable at every stage of testing. TestComplete is considered a valuable automation testing tool due to its broad features for mobile, web, and desktop application testing. It comes with a built-in object recognition engine that helps in detecting the dynamic elements of the user interface. TestComplete support multiple programming languages for writing test scripts, such as JavaScript, C++, VBScript, Python, etc.

Like LambdaTest, TestComplete is also included with record and playback capability that allows you to build and run functional UI tests in almost every language. Moreover, it supports a wide range of applications like .NET, Hybrid, Android, iOS apps, along with cross-browser testing capabilities.

Formerly known as UFT, UFT One is a commercial testing tool that can be used to test web, mobile, desktop, and RPA applications. However, it has been extended with new capabilities in the latest version for API testing.

Apart from that, it is included with a set of advanced capabilities for automation testing, such as smart object detection, image-based object detection, and correction. It comes with an intuitive interface that makes it easier for testers to create, execute, and report API tests. 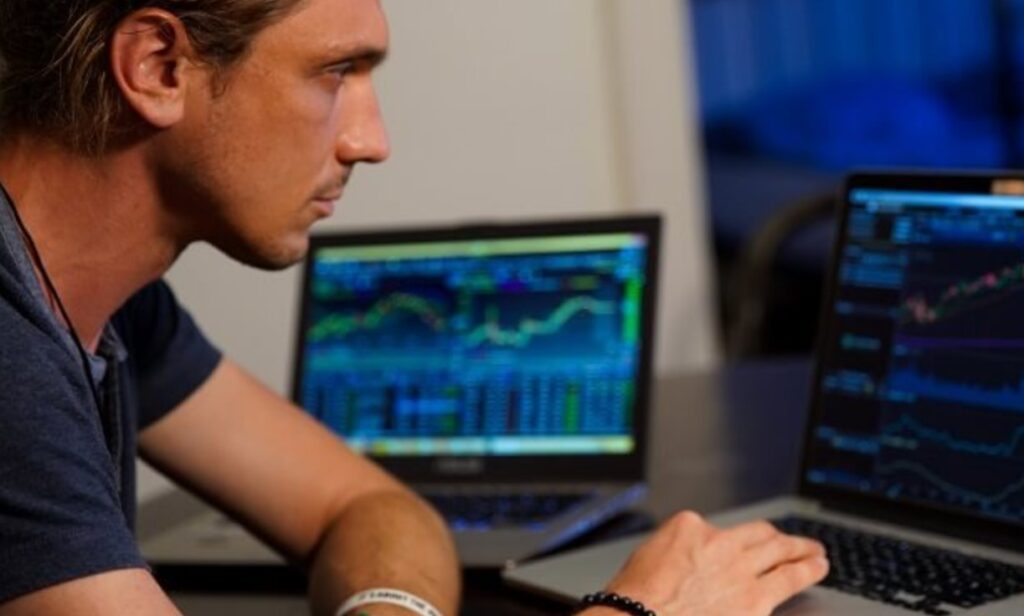 Explicitly designed for API testing, Postman can easily be installed as a browser extension or a desktop application on your system. However, it is not only limited to testers; even developers use this automation tool to develop and test APIs.

Postman is integrated with a comprehensive set of features for designing, testing, debugging, documenting, and publishing APIs. It has a friendly and easy-to-use interface that allows performing both automated and exploratory testing. Moreover, it supports almost every programming language, including JavaScript, PHP, Python, Ruby, C#, etc. And with the latest version, Postman has extended its support for GraphQL request and schemas, GraphQL variables, and GraphQL query auto-completion function.

No doubt, Selenium automation testing is one of the best ways to test your web applications for functional testing, responsive testing, real-time testing, and cross browser testing. But, as it includes multiple tools for multiple testing scenarios, most individuals don’t find it fully compatible for their testing needs. That’s why they need an alternative solution that is integrated with selenium tools. In this article, we highlighted the selenium automation testing for web applications, as well as recommended some tools.

Related posts:
10/07/2020 News Comments Off on What is Selenium Automation Testing and What Are Some Recommended Tools?
Hot News
Ghost of Tsushima Legends Raid release time and PS4 launch update
WoW Shadowlands Launches Thanksgiving Week, Those Poor Developers
Torchlight 3 Celebrates Halloween With Gear ‘N’ Goblins Update
WoW Shadowlands new release date revealed and its great news for World of Warcraft fans
Xbox Games With Gold November 2020 Free Games Revealed
Recent Posts
This website uses cookies to improve your user experience and to provide you with advertisements that are relevant to your interests. By continuing to browse the site you are agreeing to our use of cookies.Ok