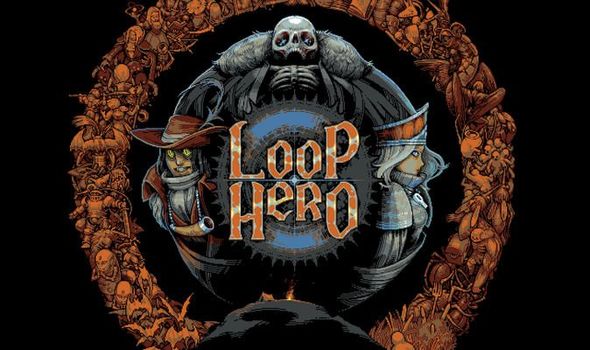 If you’re a PC owner but are yet to take advantage of the Steam Summer Sale, then now is your last chance.

The Steam Summer Sale comes to an end on July 8 at 6pm BST UK time.

There are thousands of deals available, but arguably none as tempting as the excellent Loop Hero.

Loop Hero is currently being sold at the discounted price of £8.36, which is amazing value for one of the most unique games of the year.

Indeed, it’s pretty difficult to describe Loop Hero, because I really can’t think of anything else that’s remotely similar.

It’s a hands-off micro-RPG in which your character performs a series of loops around a randomly-generated path, battling monsters and unlocking items along the way.

You don’t control the hero character directly, but you can pause the action to equip new weapons and items, and to lay down new terrain cards on the board.

While your character’s first loop may see them battle the odd slime and unlock some basic armour, placing enemy cards, buildings and terrain means the next loop will be much more dangerous, but also more rewarding.

However, you need to be careful not to overextend yourself, because if you place too many enemy cards close together in the early stages, then you’re unlikely to survive a loop and make it back to camp with all of your materials.

Things get even more complicated when you factor in mystery card effects – some positive, some negative – which you’ll need to discover for yourself.

For example, placing nine Mountain cards in a grid will give you a HP boost and lots of stone for your camp, but will also spawn powerful new enemies. Meanwhile, adding a tenth Rock or Mountain card results in the appearance of a goblin camp along the path.

Fortunately, while it’s easy to become overwhelmed when enemies begin to spawn in droves around the loop, it’s even easier to pause the action and enter the planning phase.

Hitting the space bar lets you quickly equip new armour and weapons, place new card tiles – including villages that heal your character and unlock new quests – and even potentially remove an obstacle if you have the Oblivion card.

The speed with which you can alter the map and make changes to your character is part of what makes Loop Hero such an addictive joy to play, and partly why it’s hard to imagine it working as well on other platforms.

You’ll constantly be tinkering with the map and player character, trying to find the right mix between unlocking the best rewards, while maintaining a strong hero from loop to loop.

You can continue to place cards and eventually unlock the boss battle, or you can decide to bank all of your materials in order to build up your camp.

Your camp is where you’ll spend your time between expeditions, and where you can unlock new cards, character traits and other boosts to make the next run a little more manageable.

Use your materials to unlock the Field Kitchen, for example, and you’ll heal additional HP every time you complete a loop. The Herbalist’s Hut, on the other hand, adds some potions to your hand, while also unlocking a new card tile to lay down.

As you can probably tell, this is only really scratching the surface of what Loop Hero has to offer. Considering the basic 16-bit visuals and the fact that you don’t even directly control your character, it’s remarkable how deep the game runs.

And for less than a tenner during the Steam Summer Sale, Loop Hero needs to be top of your wishlist.

Related posts:
07/07/2021 News Comments Off on Why you MUST grab a copy of Loop Hero in the Steam Summer Sale
Hot News
alergic to penicillin
benefits of taking naproxen
Death’s Door may look like Dark Souls, but its learning curve is much kinder
Rounding Up Everything In Today’s Annapurna Interactive Showcase
3 really exciting roles to check out this week
Recent Posts