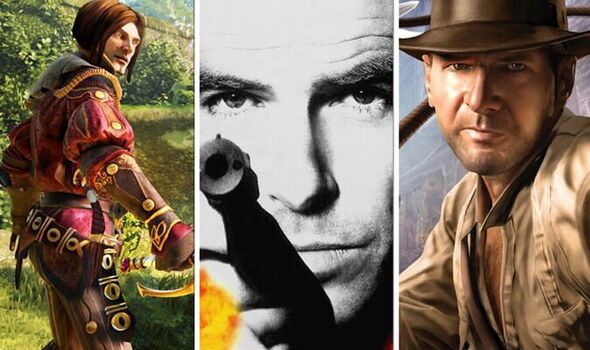 If the rumours are anything to go by, then this year’s Xbox (and Bethesda) Showcase is going to be a must-see event. In case you’re out of the loop, the Xbox and Bethesda Showcase takes place at 6pm BST UK time on June 12. The event runs for around 90 minutes, and includes announcements and gameplay reveals for upcoming Xbox and PC games. You can watch the event live by clicking play on the video below.

In terms of content, fans can expect news and gameplay for the likes of Starfield, Redout and Hellblade 2.

Elsewhere, Ghostwire Tokyo and Deathloop are expected to be announced for Xbox, where they’re likely to join Xbox Games Pass.

Needless to say, there have been lots of rumours and speculation about what else will appear at the event, such as Goldeneye 007 Remastered.

A potential Goldeneye remaster has been rumoured for quite some time. Speculation has ramped up in recent weeks, after Goldeneye Achievements were spotted online.

It’s believed Goldeneye 007 Remastered could even launch after the event, similar to the stealth drop for last year’s Quake Remastered.

Speaking of Forza, we’re long overdue a Forza Horizon 5 expansion, so expect that to be revealed during today’s event.

It’s also been a while since fans have been treated to any news about MachineGames’ upcoming Indiana Jones release, so don’t be surprised if we get an update during the event.

That’s on top of Obsidian’s Avowed game, as well as State of Decay 3 and new Halo Infinite content, which will reportedly be known as Halo: Endless.

Less likely are gameplay reveals for previously announced titles like Fable, which isn’t believed to be far enough into development.

Likewise, don’t expect anything from the next Elder Scrolls game, or the previously announced Perfect Dark reimagining.

On the plus side, expect even more Xbox Game Pass reveals, as well as potential news about Project Moorcroft, which is Microsoft’s initiative to bring game demos to its subscription service.