Which is going to be the most powerful console of the upcoming generation? Microsoft and Sony have been trading barbs on that score for some time now. According to reports from one developer, though, Xbox Series X is going to take realism in (console) gaming to all-new heights.

Many gamers of a certain age will reminisce about the good old days of the industry. A time when Asteroids, Space Invaders, Pong, and others were the height of visuals in gaming. Anti-aliasing, impressive 3D environments, and suchlike were almost unimaginable back then.

These days, of course, technology has taken gigantic impossible moon-leaps forward. Titles like Assassin’s Creed Odyssey and Red Dead Redemption 2 offer stunning graphics and vast, detailed worlds to (literally) get lost in. As a new console generation looms, though, you’ve got to wonder just how much more impressive things will get as the hardware that powers these ambitious titles is upgraded.

Of course, there’s a lot of conjecture on that one, but certain development teams have started to get a handle on these systems as they beaver away on launch titles (and beyond). One such team is Wired Productions, creators of The Falconeer.

This intriguing RPG centers around exploration atop aerial mounts, in a realm divided by factions desperate to claim the spoils of a mysterious secret for themselves. The game is set to be an open-world experience of dizzying proportions, and it’s going to take some hefty hardware to bring its setting, the Great Ursee, to life. According to Wired Productions, Xbox Series X is going to be more than up to the task. 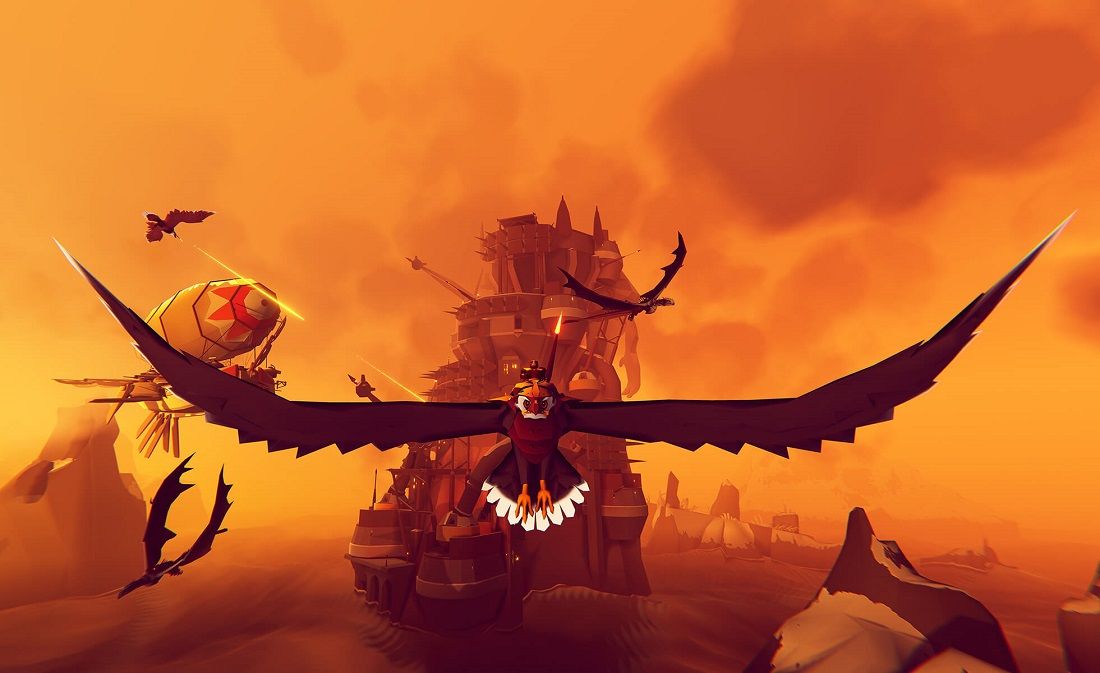 Next, the team praised the GDDR6 memory of the system. The added graphical grunt, they claim, will allow devs to take more advantage of technically-intensive effects. Along with that, of course, comes a further step towards “more complex simulations and a general increase in lifelike fidelity with regard to behaviours and content rather than visuals,” according to The Falconeer‘s development team.

In short, new consoles will naturally lead to more visually impressive titles, but there’s also the potential for every aspect of a game to become more advanced as a result. Finally, we haven’t seen everything that this new generation of consoles will be capable of, but The Falconeer’s team seem to think that the sky’s the limit.

“There are some quirks to develop on console having to do with memory management and instantiating content at runtime… on PC you can create enemies and explosions on the fly, but on console you always have them waiting in the wings, pre-created or pooled for use. That’s the kind of workaround that might not be required anymore in the future,” said the developer.

Could consoles close the gap on PCs? Watch this space!

Related posts:
02/24/2020 News Comments Off on Xbox Series X Will Allow For More Lifelike Graphics
Hot News
Your money in the metaverse: How the future of investing and financial planning could be reshaped
Fallout London mod looks so good Bethesda headhunted its developers
2022 is the worst year for video games ever – Reader’s Feature
Moo Codes For June 2022
New Cult Of The Lamb Trailer Highlights Best Practices For Keeping Your Cult Happy
Recent Posts